Back to download view
250 Comments / Replies (Who?) - 227 Feedback Posts, 16 Thanks Posts
Hide Thanks Posts for this thread (Show only feedback)
Page 1 of 11
Atavera (retired)

Also, if you have Seasons, you need the Fix for Rock Hammer guitar (Seasons career reward) to make it compatible with Atavera's Custom Instruments Hack. Download the fix HERE.

HOW TO APPLY THE RECOLOURS TO THE GUITARS
The recolours aren't available from the catalog, like in normal objects.
You have to buy the guitar and place it on the lot; then, select the "Design Tool": 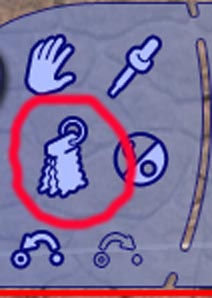 Then, click on the guitar (NOT the Ampli, I mean the actual guitar); all the recolours for that guitar will be shown so you can select the one you like most.

NOTES
(1) IMPORTANT: The "Marshall Stack" amplifier can be used as a purely decorative object (you can find them in the Decorative/Sculpture section of the catalog). But it is required for the following guitars to work:
For your convenience, the amplifier has been included in each guitar that needs it, so don't worry if sometimes, installing the guitars, you are asked if you want to overwrite an existing file

Neon Signs
NEON WALL LAMPS - [NL REQUIRED]
NOTES
Atavera has created many neon shop signs depicting real commercial brands; but then he removed them because he didn't want to advertise real firms.
Therefore, in an effort to respect his desire, for the "real brands" neon signs are NOT provided any screenshots, nor is provided a list of the brand names included in the attached file.
Attached files:

NOTES
The "Standing BugZapper" is labeled as "hacked", but it's not a global hack, i.e. it's NOT unknowingly included in the uploaded lots (unless you purposely put it in the lot, of course), and it does NOT affect any other object or sim in your game. The BugZapper is "hacked" in the sense that it can boost the motives of the sim who is interacting with it.
Warning: the Standing BugZapper may kill your sim! In order to prevent it, turn on the life protection via the pie menu.
Attached files:

07 Jan 2009 - UPDATED: Prison Door. Inge Jones has updated the prison door to be fully recolourable (in the older version, only the frame could be recoloured). Download the new version from Post #6.
NOTE: Though the prison door & windows can be used on normal walls, they don't let light flow through them; a good workaround is using the special Prison Walls.

Since Atavera has retired from modding, no support is granted on his creations.
Starboy14

Please tell us if you have other objects not listed here!

If you notice malfunctions or bugs, let us know, too: though no support is granted on these objects, some modder can volunteer to fix it; in any case, you will help other users, who can avoid using faulty objects.
Atavera (retired) and Atavera are unattended accounts: do not send PM nor try to contact them; post your question on the proper threads, instead.

Since Atavera has retired from modding, no support is granted on his creations.
radarbabe

Thank you, your skills will be missed.
"Red meat and gin." ...Julia Child, when asked at age 87 to what she attributed her longevity.
jenfold

I don't have any other items by Atavera but I think it might be useful to add an explaination of how to change guitar recolors in game to the instruments post. They don't show up in the buy section and instead need to be picked using the design tool after purchase. My recolors post has a picture that you can use if you want to illustrate the point.

Other than that thanks for putting this all back up together.
I Can Haz Blog


Riddle me this: If I mod for Oblivion it's free, If I do it for the Sims 2 you must pay me!

in the post with the musical instruments and the photo of alexi laiho's guitar, you spelt his name wrong. just thought i'd point that out =)

however, everything else is awesome. i was wondering when his stuff would be available again.
DiamondX
Test Subject
#12

I *THINK* I might have a desk type thing that goes in a studio. Where the mix the sounds..... I'll have a look next time I start up my game.

"Advice is what we ask for when we already know the answer but wish we didn't." - Erica Jong
"To conquer death you only have to die." -Jesus Christ from ALW's Jesus Christ Superstar
Atavera (retired)

Jenfold - Thanks for the suggestion; I've added the info in the post (I've used your own graphics

)
Atavera (retired) and Atavera are unattended accounts: do not send PM nor try to contact them; post your question on the proper threads, instead.

Since Atavera has retired from modding, no support is granted on his creations.
donjruesch
Test Subject
#14

Your sonic shower has always been my favorite. Thanks, and best wishes to you!
9b8ll

Thank you very much for taking the time to save and organize all of this! I have Atavera's Contrabass in my game, and I never realized how much other high quality content Atavera had created. Thanks a million!
There's always money in the banana stand.
stupiddog

Thank you so much Avatera, there are unforgettable people here, and you will always be one of them.

Thank you again Avatera for making the Luna 'Spirit of the Night' Guitar. I never thought you would actually do the request! :P

in the guitar psot you wrote now instead of know but apart from that great works and thanks. might just be me but the recolours arnt downloading well.
emaldini

Yuppy, thank you for letting all of us to use them freely. It would have been sad not being able to upload lots with those awsome signs or guitars.

great stuff
i already had most of it
My MTS2 Downloads

Thank you for putting this all in one place!
fawksy
Test Subject
#23

this is great stuff!

The post about the neon signs says that no "real brands" would be in the screenshot, but there's one for Budweiser and one for Fender.. is that a mistake or am I just missing something?

Cheers for posting this though, and thanks for sharing all this old stuff and not just deleting it like some others have done upon retiring!

Not sure where to post this, but here is the charvelSanDimas version 4 and a Charvel V4.
Hairfish

Thank you, Atavera, for all the fun you've added to our game, and best of luck with everything you do!