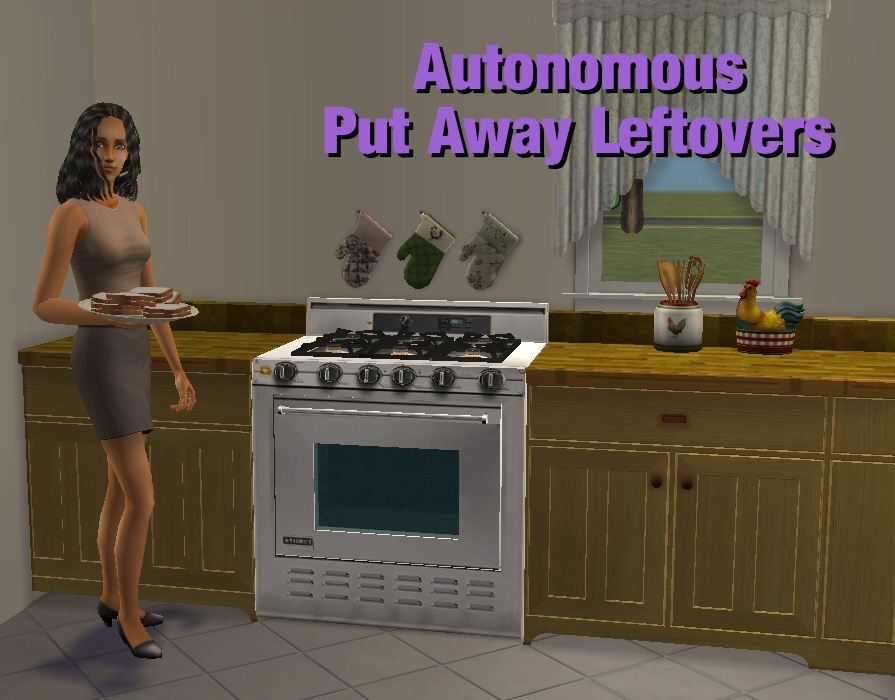 Fixed broken menus - see section below
This mod makes the Put Away Leftovers interaction on plates and bowls autonomous.

Doesn't this mod already exist?
AncientHighway has a version of this mod here. This was reported to clash with my Simply Leftovers mod so after checking with AncientHighway, who says (s)he is not actively modding anymore and so couldn't make any change to it anyway, I am providing this alternative version which is much smaller, a global change instead of a default replacement and thus will be less likely to clash with other mods, and is much smaller in your downloads folder too!

Another alternate version of this mod by BoilingOil can be found here. It also does not clash with my Simply Leftovers mod.

The idea of separating them into separate packages comes from AncientHighway who said that with big households you may prefer to only have the serving versions as autonomous or the children put away the bowls before you can get them all served.

05Sept2010
Additional Credits:
Quaxi for SimPEwiki
Numenor for the AnyGameStarter.
AncientHighway for the original idea.
Pleun for the heads up about the clash that got me looking into this.

Check out the Simply Leftovers mod to avoid all that micro-management when putting away leftovers.