Remade for the 1.57 patch and the new stuff pack.

1.47 UPDATE: This mod is remade for the 1.47 patch, as there are 3 new stereo stations added with the Stuff Pack.

New With 1.42/Seasons: With Seasons the Slow Dancing is introduced. In this XML is this field, <IsSlowDanceStation>0</IsSlowDanceStation> which identifies each individual stereo station as being a valid station to use the slow dancing. Presumably (I don't have Seasons installed at the moment of this writing) if the station does not have this entry set to 1, the slow dance is impossible. Among the stations left out are Custom Music and France, Egypt, and China; approximately half the stations are left out. In this 1.42 mod I have simply enabled all stations for the slow dancing, as their default is unacceptable.

Older mod versions description:
>This is remade with a fix for the Custom music station not playing sound on the community stereos (wall speakers) when on community lots. Otherwise this mod replaces the Kids music station with Custom music, just as previously in this mod.<

Shimrod Technologies A/S tired of the Kids music station some time ago and with this mod has changed the playlist on the Kids station to the one used by Custom Music, i.e. your .mp3 files already placed in your Custom Music folder. Anytime you choose the Kids music station your custom music will play instead, also on townie lots and community lot stereos: the default Kids music is overridden. The Kids station hasn't been altered otherwise, the bonuses given to toddlers/kids are still in place. 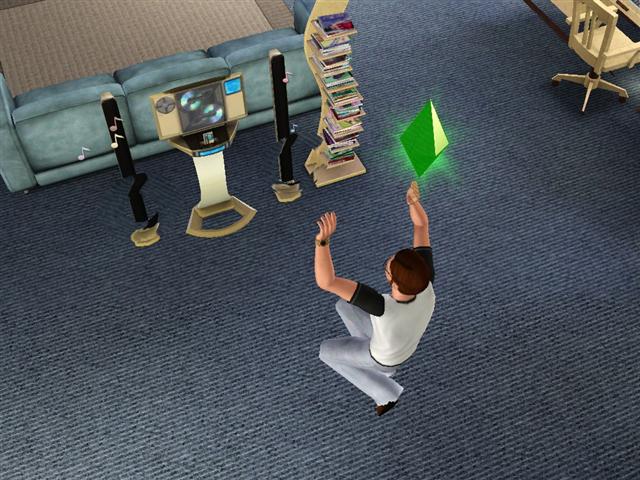 This XML mod uses only one resource, named 'Stereo', which identifies the names and playlists for the stations. The other stereo XMLs haven't been touched.


Additional Credits:
Created with the use of S3PE by Peter L. Jones.
Tags: #music, #stereo

Built with Game Version: 1.63
Key: - File was updated after upload was posted
Need help with downloading or installing content? Click this link!
Don't forget to Thank the creator after downloading! Use the Thanks button located above the screenshots above.
Basic Download and Install Instructions:

See: Game Help:TS3 CC Basicswiki for a full guide!
Back to download view
89 Comments / Replies (Who?) - 77 Feedback Posts, 8 Thanks Posts
Hide Thanks Posts for this thread (Show only feedback)
Page 4 of 4
Shimrod101

That was written a long time ago. I quit remaking that version after a while, so it isn't there anymore.
MedievalMods and Sims3mods: Dive Cave Reset Fix, Resort Revamp, Industrial Oven Revamp, Will O' Wisp fix, UI Sounds Disabled, No Cars, Gnome Family Planner, Townies Out on the Town, No Martial Arts Clothes, Fast Skilling, etc. http://simsasylum.com/tfm/
simsfan95173
Test Subject
#77

Quote:
I see. Would it be too much trouble to make that version again? I'd really appreciate it.

That custom music bug with club wall speakers was such a let down, and the fact that the game makers never fixed it was a joke. Thanks for making this fix.
Shimrod101

I noticed a small bug when placing multiple community wall speakers enabling custom music, it does not sync up, so you can only have one speaker in your club unless you enjoy your tracks playing out of sync

This mod is incompatible with the 1.63 patch and will be remade.

@ak47gold: Yes I'm aware of this problem with the non-sync. It's been discovered and reported a long time ago. I've never seen a solution to this and can't see why this is caused, so I've more or less given up on it. I simply remove the extra wall stereos and go with one per lot.
MedievalMods and Sims3mods: Dive Cave Reset Fix, Resort Revamp, Industrial Oven Revamp, Will O' Wisp fix, UI Sounds Disabled, No Cars, Gnome Family Planner, Townies Out on the Town, No Martial Arts Clothes, Fast Skilling, etc. http://simsasylum.com/tfm/
Shimrod101

When I choose the "Music for kids" station, it doesn´t replace this horrible music with my custom music.
Twerp
Test Subject
THANKS POST
#88

Thank you! I have been dying for a fix to the custom music bug, it drove me crazy.
haywud
Top Secret Researcher
THANKS POST
#90

Thanks! This not only gets rid of the music station I hate most (Kids), but it also allows me to hear my custom music on the wall speaker on community lots. I also found a mod that renames the stations, so I edited the rest back to default and changed the Kids name to something that fits with my custom music.