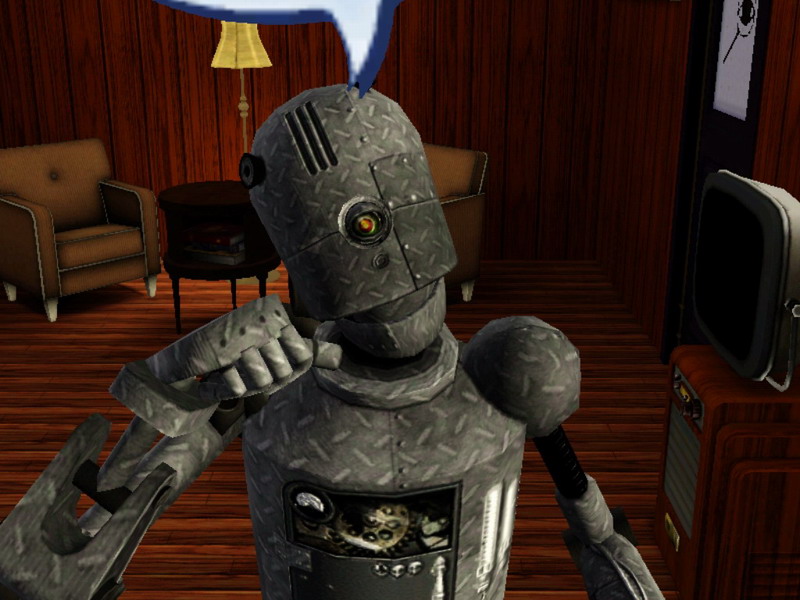 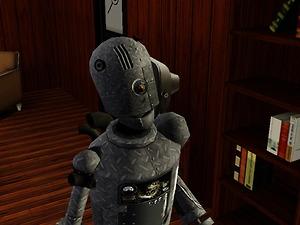 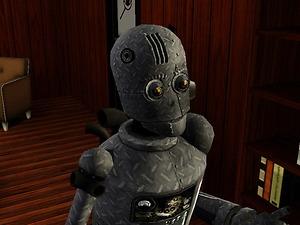 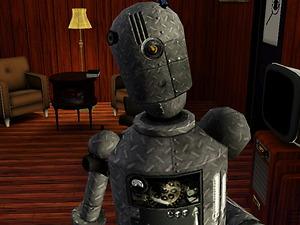 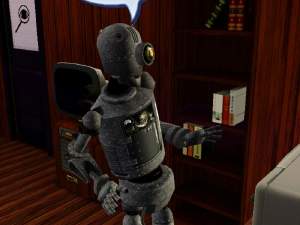 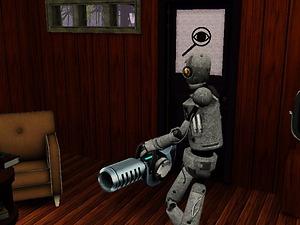 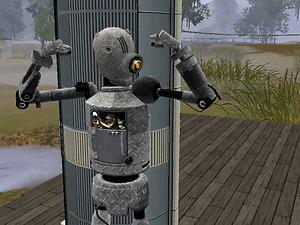 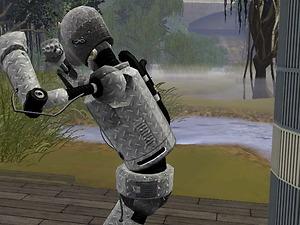 Created by wintermuteai1 View Policy / About Me View all Downloads

For Ambitions I present to you "The Simbot Junkyard"
This is for male simbots 4 new looks for your male simbot. Plus an alternate simbot body. The new body is a re-mesh & retexture that gets rid of the "drawn on" handle and tubes on the front of the simbot's body. Now there is a meshed handle.
I also created new simbot heads, First there is one that is basically like the normal simbot, except the jaw has been completely re-done so as to be less "clunky". There are also 3 variations of a "cyclops" type
simbot. One is more like the Servo eye, so it actually seems more like a predecessor to the Servo, the other two use the default looking eye but version one is set in the normal spot in the face but center, while the other version is higher on the face. There was a strange texture glitch in CAS with the Servo type cyclops head but it does not show in game so I am uncertain if it's just on my end. Please let me know if you have any problems.
In order to use the new servo heads & body you MUST use some sort of debug enabler mod. I suggest NRass one here:
http://ts3.tscexchange.com/index.php?topic=3857
or you can use AM or whatever your favorite flavor.
once using such a mod just use edit sim in cas, or "change appearance" and you will see the new heads in hair/hats. 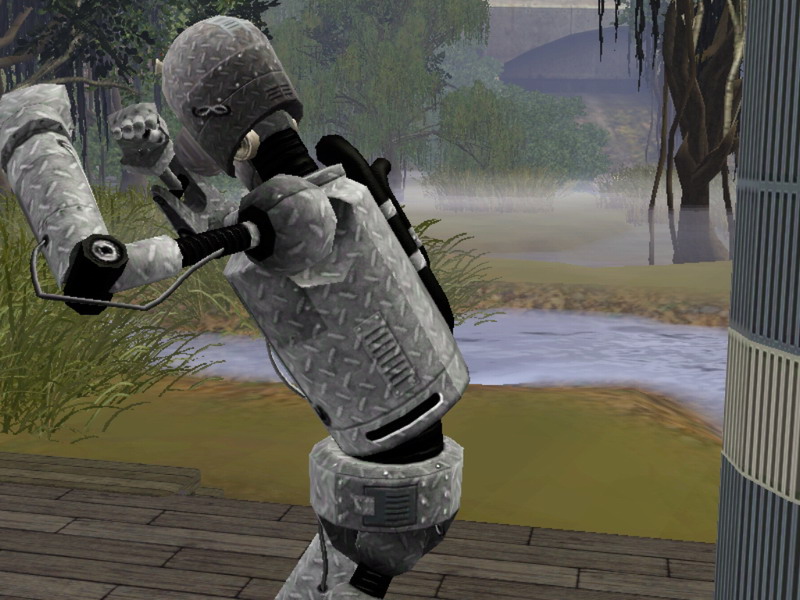 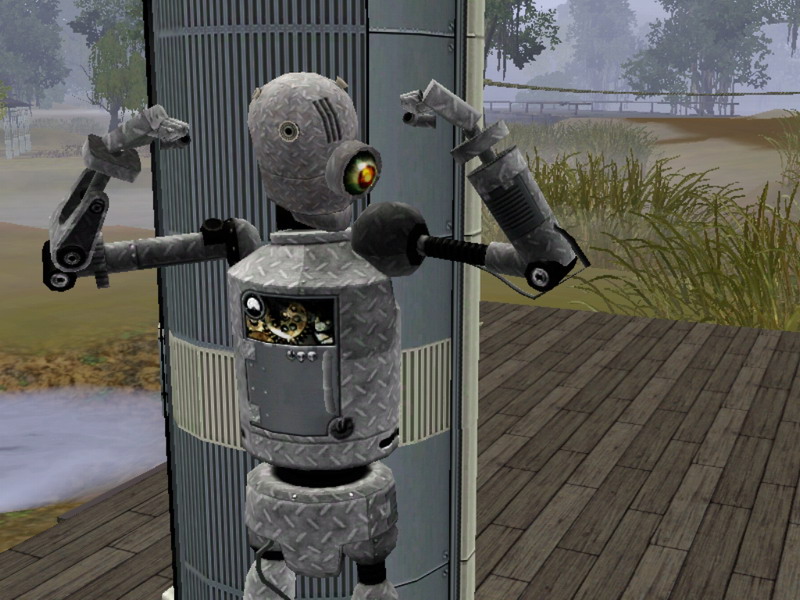 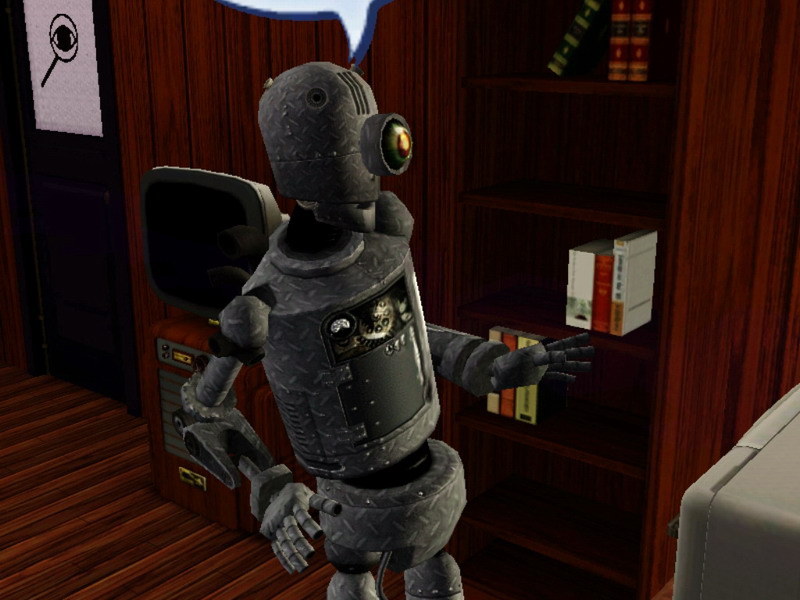 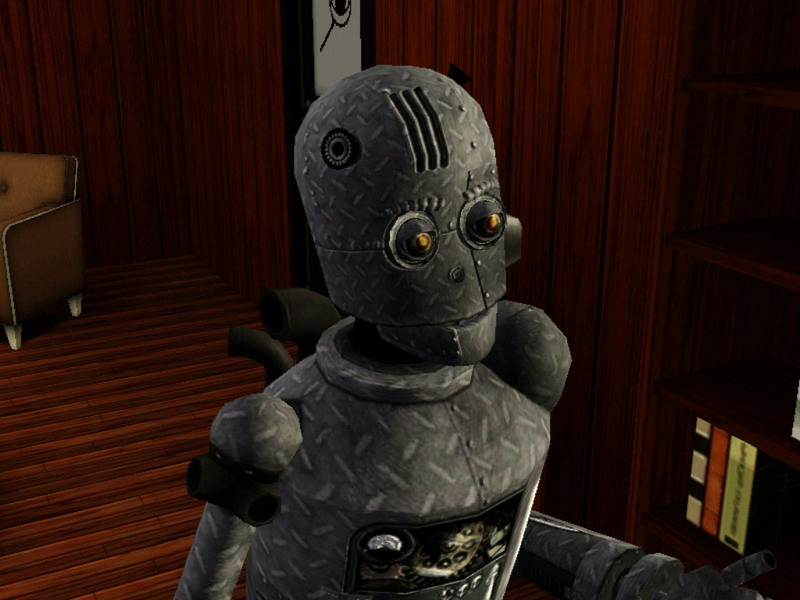 Wintermute-Alternate-Simbot-Body-Male - 4328 poly
These are Non-Replacement
You must use a Debug enabler mod to use these items.
Heads will be in Hair/Hats
Body will be in Everyday
Age - Ambitions Simbots items are all "Elder"
Gender - Male

Recolorable channels:
recolorable channels and their locations:
Heads: (3) Main/Whole head and jaw area, "knobs", and little door on back of the head.
Body: (4)Main Body area, Joints(elbows,ankles,knees),Door on front of simbot,and "screw" areas (such as waist and other areas looking like some sort of screw)

This information by request of Moderators.