UPDATE - Now found a way to show it up in Create-a-World catalog!!!!! See below

Have you ever wonder building this coastal military base on your own using Create-a-World? 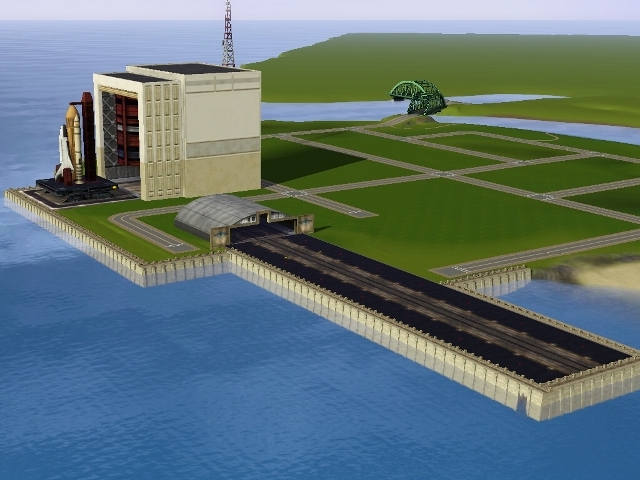 Well, perhaps not a military base, but you certainly would like to use seawalls, railroads, traffic light, etc included in your copy of The Sims 3: Ambitions, but somehow CAW is just too stupid to list those objects in its catalog.

Started in this thread about how to make CAW recognize many hidden Twinbrook objects. In one hand CAW seems to be able to read custom content installed using Sims3Pack files, which will be listed in catalog. But the workaround using that way seems to take too much cost, where you will need to clone the Twinbrook objects into a new objects, which in my opinion is so redundant. They said they'll find a way to make it cheaper in bytes.

While waiting for them (and EA of course, but I doubt it) to work on this issues, I found a way to add Twinbrook objects to your custom world: By using the so-called World Editor. The Edit-in-Game (EIG) feature behaves almost like in-game environment. And luckily EA enables World Editor inside EIG. World Editor gives us a catalog which you can put neighborhood scenery objects such as tree, landmarks, etc in-game. By altering the Twinbrook objects' OBJD data, I could manage to show those objects in the catalog, resulting you can place them in your world!

Showing Those Objects In CAW

I just found a great way to show it up in Create-a-World. Basically it is just putting the mod packages in Create-a-World program folder, just like what we've ever done before with The Sims 3 vanilla games.The Twinbrook objects will show up in CAW. And it supposed to work just fine. I will take a look on what is flagging the object so it can show up in CAW catalog right after I get home. I found this when I was take a shower to go out, so I couldn't test it much yet. But at least it is appeared in CAW catalog and you can place it in your custom world.

Using it with CAW via Edit-In-Game (Old Skool)
Showing these objects in catalog is almost totally useless since the inability of in-game system to perform advanced object positioning. In the other hand, when using EIG feature, you can place these objects as many as you like and the EIG will retain these objects even after you quit EIG. After that you can use CAW interface to place/modify the location or rotation of the objects. The placed objects will also show up in layer tree in CAW interface. It might be painful to access EIG frequently, but it's better than nothing, right? :D 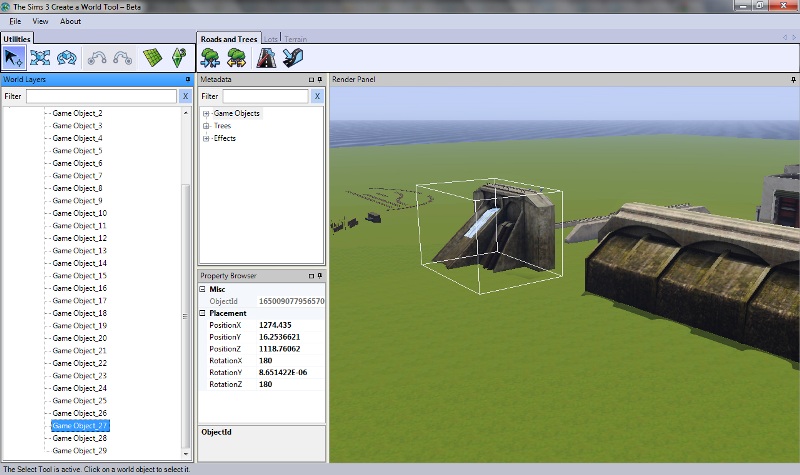 Extra
I spent all night to perform trial-and-error. And it seems worth enough to share. :D

Built with Game Version: 4.2.32
Key: - File was updated after upload was posted
Need help with downloading or installing content? Click this link!
Don't forget to Thank the creator after downloading! Use the Thanks button located above the screenshots above.
Basic Download and Install Instructions:

See: Game Help:TS3 CC Basicswiki for a full guide!
Back to download view
56 Comments / Replies (Who?) - 40 Feedback Posts, 11 Thanks Posts
Hide Thanks Posts for this thread (Show only feedback)
Page 3 of 3
alexspoom11
Test Subject
THANKS POST
#51

I'm having the same problem as the other two. I don't this will be replied to as the last comment was 7 months ago, but I've added those lines to my resource file, put the download in my packages folder, restarted CAW and still nothing.
BeautyWitch
Test Subject
THANKS POST
#52

I'm so late but this is so fricking amazing!
Pixie_child
Test Subject
THANKS POST
#53

What if I already have some of this in CAW? I have the military base stuff, and the chain link, and am really only looking for the train tracks. Well, maybe the spillway and pipes. If I use this, is it going to mess up the things I already have, that are listed?
Titi022002
Lab Assistant
THANKS POST

dunno how to make it appear in caw?? please help
coffeaddict
Test Subject
#57

Not sure if this is useful since the last comment here is from 6 years ago, but just in case. I also had some problems getting it to show up, so instead of adding everything said in the post to the end of the resource file, i just added the line "PackedFile Packages/*.package" to what was already there, and it seems to be working.

This was the part of the text already in my resource.cfg where I added the last line:

Not sure if this is gonna cause lots of problems, since I have no idea how important the bits that I left out are. But the train tracks looks great, thanks for making this!