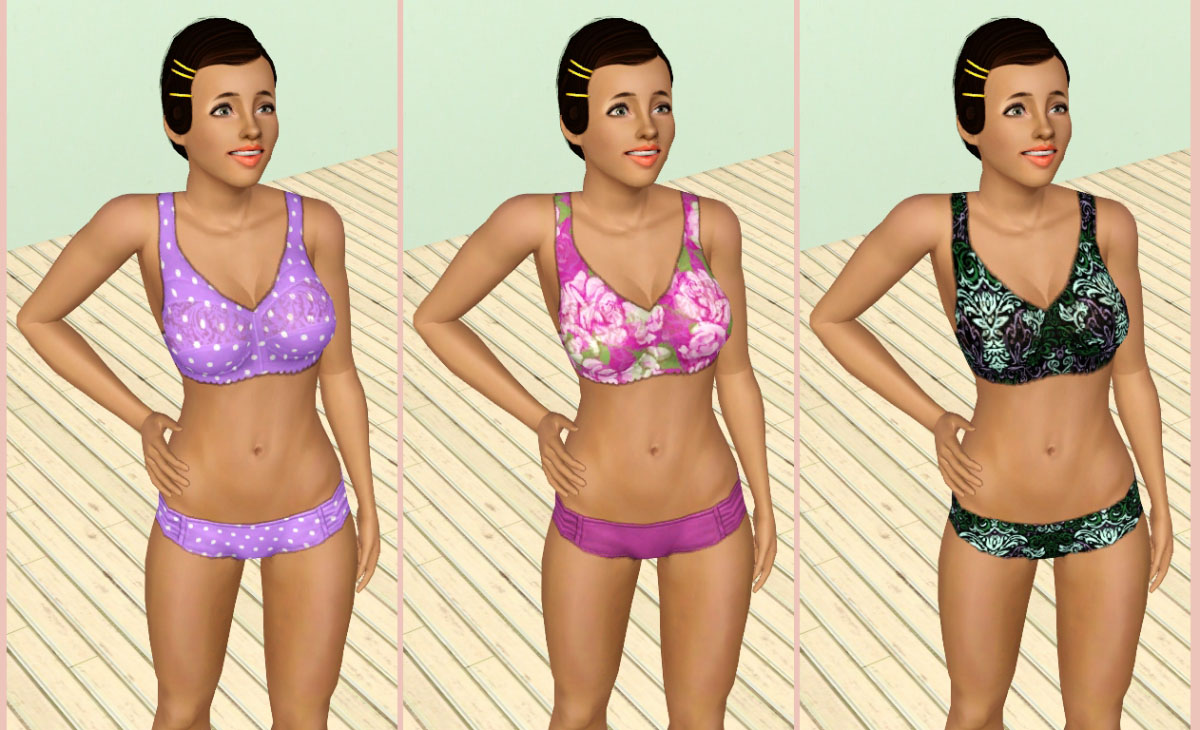 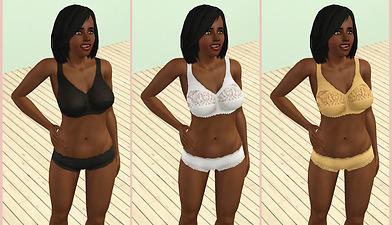 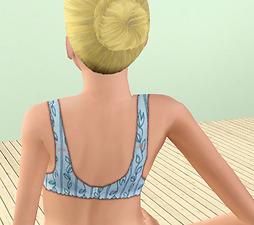 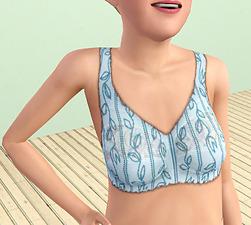 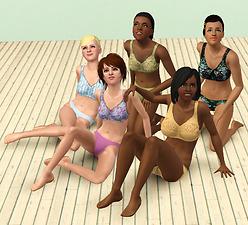 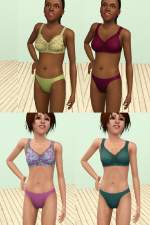 541 Thanks  Thanks     64 Favourited
This is a Maxis Recolour which means that it is a recolour of an item that already exists in your game. Please check the Expansion pack requirements to see which game pack it recolours.
Working Maternity Morph!

I stumbled upon this bra while rehearsing for my latest video tutorial and decided to use it in my tutorial. I never noticed it in game, but it's a really awesome bra to have! Thanks EA...sorta...

The only bad thing about it, was that it was for elders only. So, to fix that, I converted it for teens and adults, too! 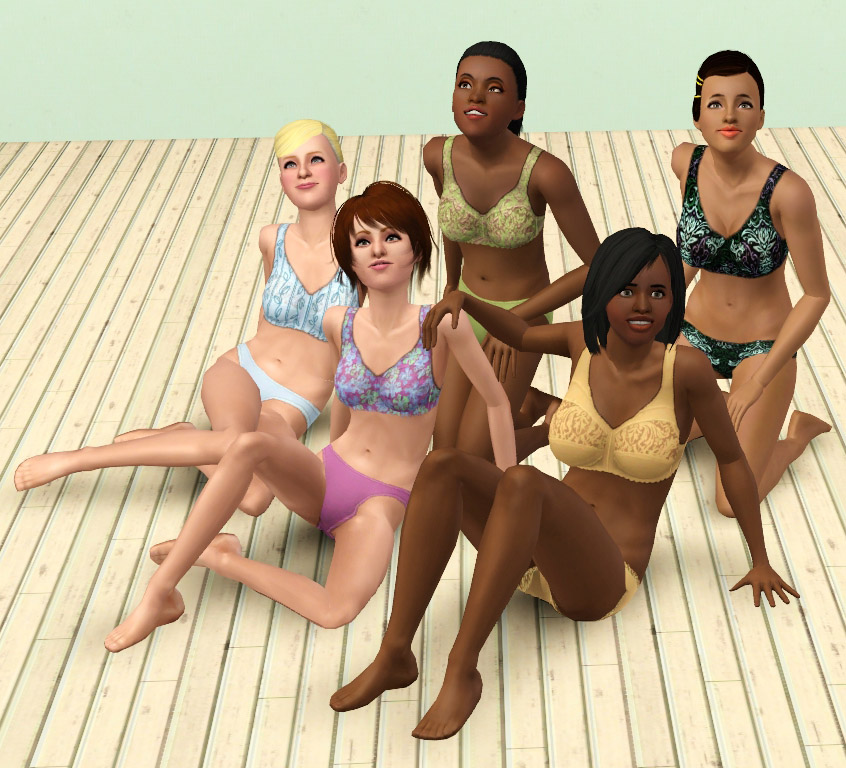 Seriously, this is probably one of my favorite pieces that EA has made. The design is so simple, yet so elegant. Plus, it looks better on sims with larger breasts. I mean, those little flimsy bras with the ruffles and what not are cute, but tend to look distorted on bigger boobs.

The textures for the conversions all pull from the original elder bra, except for the base textures. I had to darken the adult's base texture to get it to CAST normal (more on this later). And, with the teen version, I had to rescale it a bit to fit their frame.

Like the originals, it has one recolorable channel and is found in sleepwear only. The adult version is available for maternity, too.

I don't know if it was an accident, or what, but EA left the original elder bra texture almost white. Meaning, no matter how dark the color was (see below), it would come out extremely bright. So, I went ahead and default replaced this texture with the one I used for the adults and teens.

The image above shows the bra with the same color applied to it. I'm sure you can see the huge difference!

The teen and adult bras are packaged separately. And also, there is a COMBINED version with both teen and elder bras in ONE package. So, be careful not to install both.

Additional Credits:
All sims' hairs are from EA or the EA Store, except for the brunette teen.

If you need more info, see:
Back to download view
11 Comments / Replies (Who?)