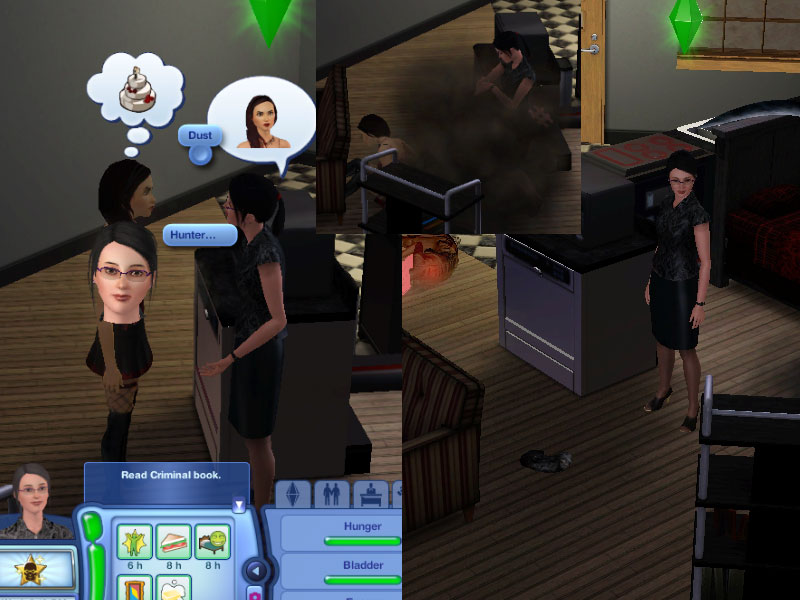 This will work with my Vampire Attack Mod.
Tags: #vampire, #hunter, #dust, #kill

Built with Game Version: 1.24
Key: - File was updated after upload was posted
Need help with downloading or installing content? Click this link!
Don't forget to Thank the creator after downloading! Use the Thanks button located above the screenshots above.
Basic Download and Install Instructions:

See: Game Help:TS3 CC Basicswiki for a full guide!
Back to download view
89 Comments / Replies (Who?) - 59 Feedback Posts, 26 Thanks Posts
Hide Thanks Posts for this thread (Show only feedback)
Page 4 of 4
Enirei

Sweetie. I've seen that kind of fighting in real life (minus the choreography blondie does). Besides, I'm tired of trying to adjust your testosterone filled mind.
angsaysroar

All of your werewolf and vampire mods are working fine for me as well.
angsaysroar

Thank you for letting us know. I had not got around to testing.

Is this not autonomous? I won’t have to worry about NPC’s killing all the vampires in my towns?
Mew's World
Test Subject
DELETED POST
9th Mar 2013 at 1:45 AM

This message has been deleted by Mew's World.
Mew's World
Test Subject
#82

Thank you for the answer. I was AFK on family trip.
en0ush
Test Subject
THANKS POST
#84

Anyone know if this is compatible with 1.55?
IsaacNocturn
Test Subject
THANKS POST
#85

wow this is cool to kill the sim!!!