24 Comments / replies (Who?) - 10 Feedback Posts, 14 Thanks Posts
In the midst of overhauling my Downloads folder to isolate all my vintage CC and pondering default replacements, I got the urge to put together my own NPC and townie name replacement for the period 'hood I will someday get a chance to complete. 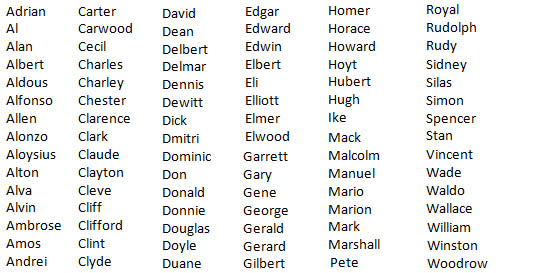 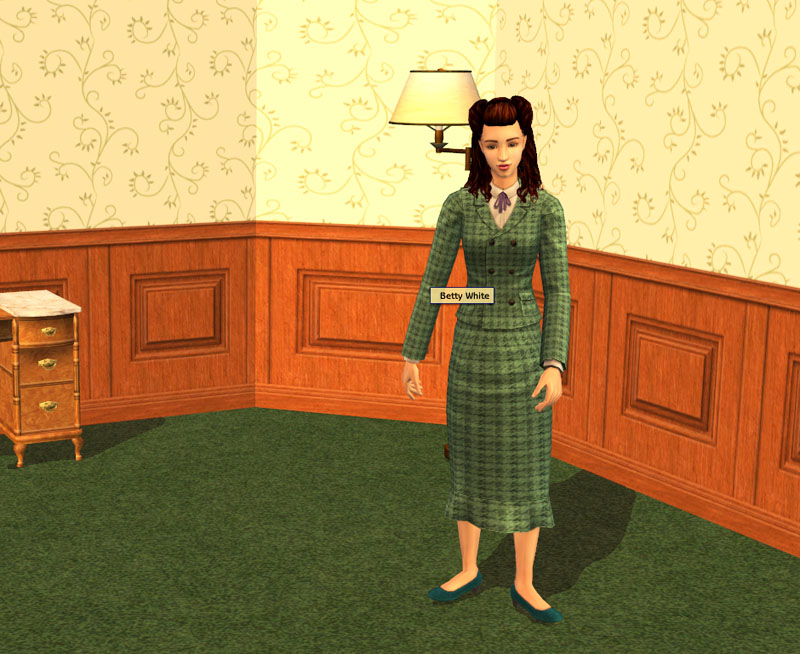 Back to download view
24 Comments / Replies (Who?) - 9 Feedback Posts, 14 Thanks Posts
Hide Thanks Posts for this thread (Show only feedback)
Faerieimp
Field Researcher
THANKS POST
#2

Sounds fun. I think what I need to do is put in one of these for a while, let it populate, then do another, and then another, etc. should come up with some crazy variety. And since I regularly cull the townies, that should be very interesting. The better I like a townie, the more. Likely they are to. Be adopted into a family . . . Or marry into one. The less I like them . . . Well, I wasn't the one playing when two townies got struck by lightning . . .
xandrasama

Very neat. Though it tickles me to death that the screenshotted Sim ended up Betty White.
“Above all, remember that the most important thing you can take anywhere is not a Gucci bag or French-cut jeans; it's an open mind”

I like these names, but will they work for any language or only if your game is English?
Tempscire

Quote:
Exactly why I made sure she was one of my screenshots.

Quote:
I believe both files are currently for English language games only at the moment, unfortunately. What language do you need? I'm sure I could figure out adding the compatibility (or if not, at least be able to give you a definitive answer on it

Quote:
My language is Dutch. It would be great if you could make versions for other languages too!

I just want to say: Thank you so much for making all these name replacements!!! They definitely add a lot to your game, in an interesting and 'unexpected' way

Quote:
I'll definitely work on it, though (disclaimer) I have no idea when I'll get it done. I will make sure to PM you whenever I get it worked out!
Orola

Quote:
Thank you so much!
wonkycrayons
Test Subject
THANKS POST

Thanks, I really like more old fashioned names so I think I've found a replacement that will finally work for me

That is funny, how the game generated a Betty White sim.
and nothing would be as bad as the combination "Goopy Gilscarbo".
Erin2341
Test Subject
THANKS POST
#13

My great grandma's maided name was White. <3 Only her first name was Barbara.
awwmybees
Test Subject
THANKS POST
#14

Thanks! I'm not real wild about trendy names from the '60s on or about popular "kre8ive" spellings so this one's been my name replacement for almost a year now.
PrincessPretty
Instructor
THANKS POST

When babies are born , does this come up?
gazania
Mad Poster
THANKS POST

I loved these! I appreciate all the work you put into this! Only one tiny problem ... "Frances" is a girl. "Francis" is a guy. (It's easy enough to change in Sim PE, however.)
Tempscire

Quote:
Name mods only affect the names given to randomly-created townies and NPCs, not your playable Sims as they are born (and they only affect non-playables created after the mod was installed; pre-existing Sims won't have their names changed).


Quote:
Hmm. It's the right way around in my source files. Where did you notice that mistake?
TS3-to-TS2 Conversion Database
Moon Jaguar

I had a neighbor named Francis who was female and there's plenty of men named Jessie and women named Jesse, then there's Frances J. so yeah.

Seems like there's tons of Berts being generated and there was a Bert Savoy even!
Tempscire

Quote:
Hmmm. That's really strange. I honestly don't know what would be going wrong, since I also just checked the Jesses/Jessies and those are also (read: should be) the right away around...

(Do you mean Frances J. Worthington? He's unrelated to this.

I'll try to see if there's any way for me to fix this (not committing to any time frame, I'm afraid!). There's always SimPE or the batbox or the SimBlender, I think, for changing names easily. I'm sorry, guys.

I can't get this to work, my sims still have the awful original names (aka, I'm still stuck with Goopy... :/). What am I doing wrong? :/
Milkybabydoll
Test Subject
THANKS POST
#22

Heheh, I found my nickname "Addie", and my mother's name "Esther".

Anyway, thank you for this!
Hauraiu
Test Subject
THANKS POST
#23

This mod is great for people like me, who have no creativity whatsoever. Thanks!
HeartDeco
Instructor
THANKS POST

This is very clever of you, using the SSA's popular name list. I have studied the genealogy of my own family for many years now and this list is a very important resource for us. Thank you so very much for your insight and understading into the way we (Genealogists) like to play our legacy games. This will be very handy to have.
sailorplanet97

i wanna start something new so i wanna name someone in like: French, spanish and other languages too

i just kinda hope the owner can do it in all languages so it will be usefull for someone who's languages is in Turkey, spanish, French and however but also someone like me who wants to try other languages names too

and then name the downloads called: names in all languages or something :D