38 Comments / replies (Who?) - 10 Feedback Posts, 4 Thanks Posts
Hello everyone, I'm happy to present my second upload! Like with my previous upload, I've designed him to pass on good female genetics as well, so he'd be great for populating towns or use in a legacy. I hope you like him! 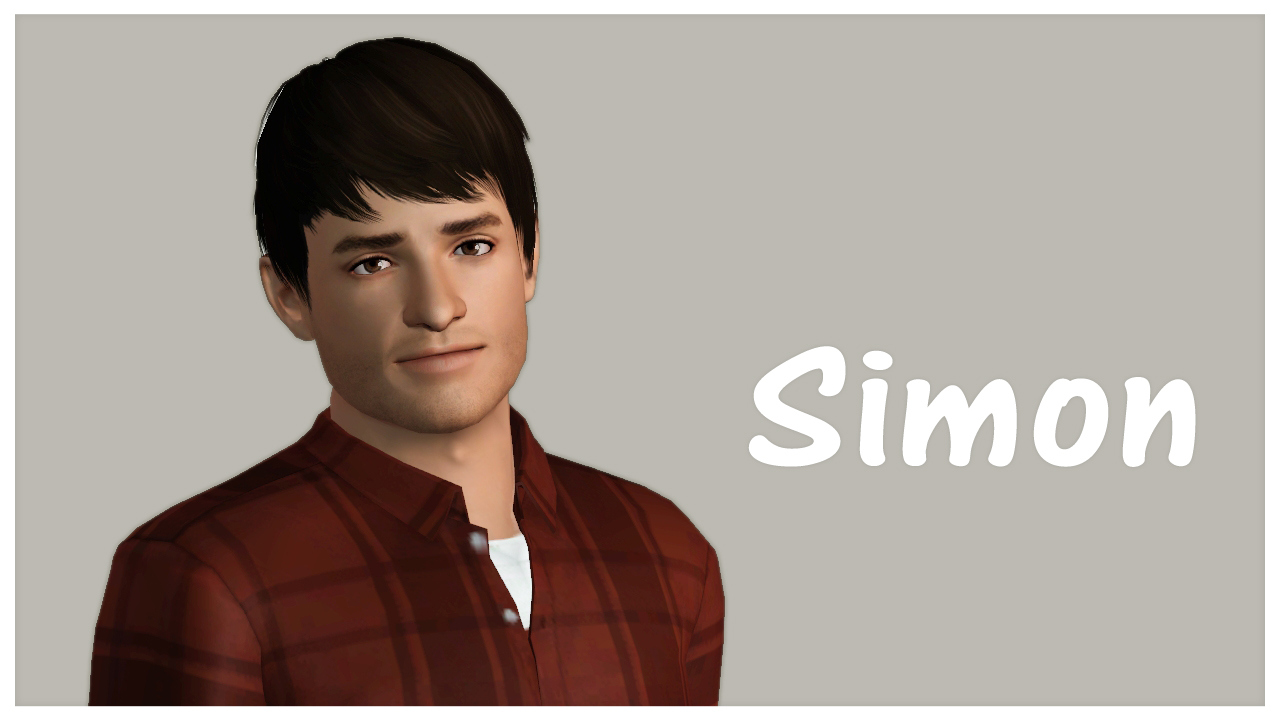 Simon is a quiet guy who likes to keep to himself, mostly because he feels awkward in social situations around other people. His reserved nature stems from a life spent on the sidelines and out of the spotlight, which is just fine by him. Being the introverted individual that he is, getting to know Simon requires a little effort; while he doesn't actively try to distance himself from others, he's not exactly the type to just strike up a conversation, either. However, once he finally opens up, Simon's easygoing personality makes befriending him a breeze. 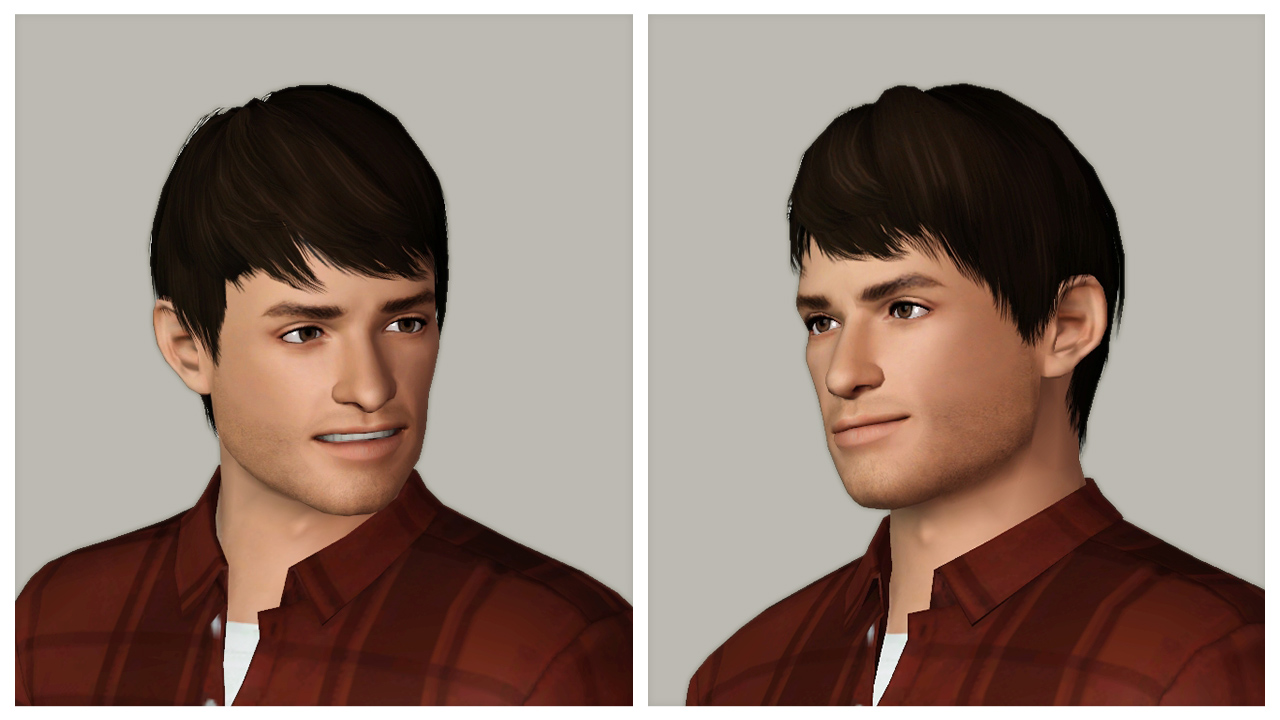 Although he's content with his solitary lifestyle, Simon has come to realize that the one thing he really wants is to start a family. He just wonders if that will ever happen, because while meeting someone would be hard enough on its own, the idea of flirting makes him so nervous that he'd likely reject any romantic advances made towards him. It's going to take someone with a lot of perseverance to win Simon over, but whoever manages that feat will be rewarded with a lifelong partner. 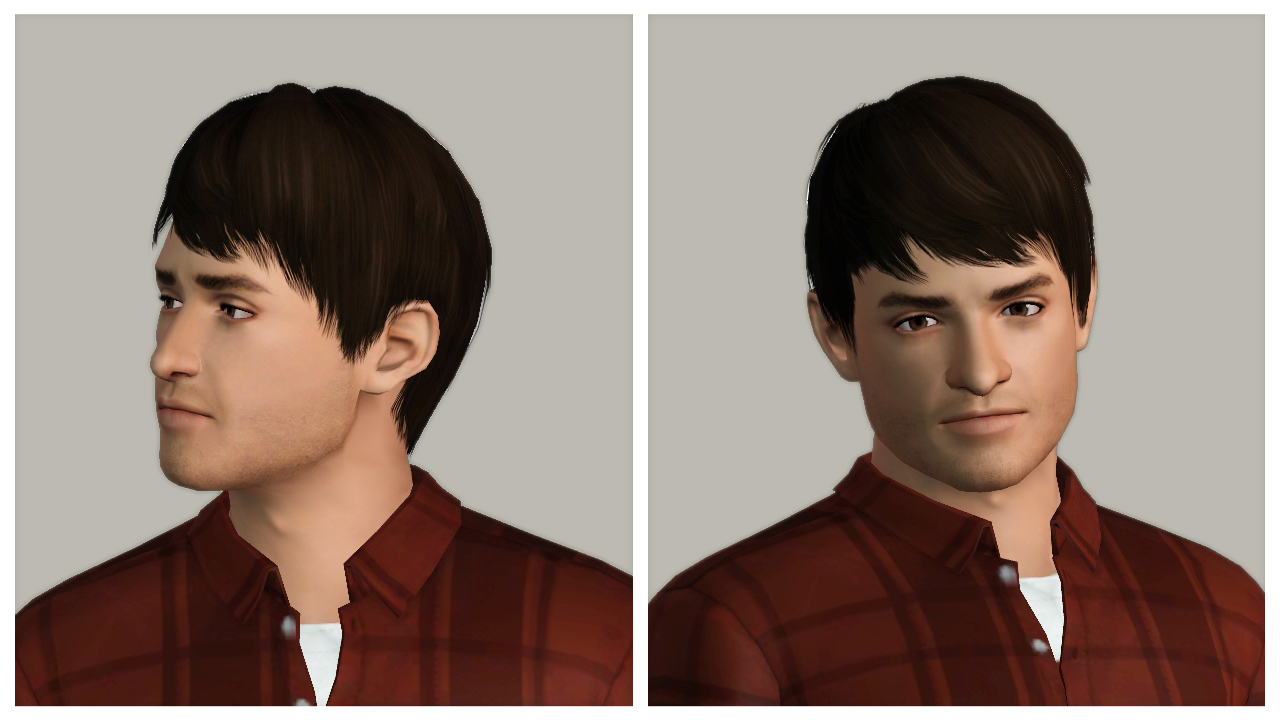 This sim is packaged with default skin. For him to show up exactly as pictured, you must download the non-default version of the skin linked above and manually apply it in CAS (or use the default version).
** The hair in the screenshots is from the Store, but I've packaged him with basegame hair.

(You don't need these unless you plan to make changes to his face in CAS).

Chin Cleft by TumTum Simiolino
Shoulder Width by jonha
Forehead Depth by aWT
Chin to Neck Line by Heiret (re-uploaded by Arisuka, on the downloads tab)

I used a x3 slider range multiplier, so additionally, you'd need a mod that includes a slider hack such as Awesomemod or Twallan's MasterController.


I'd also like to thank the following people for their support and advice in CFF:
FREEDOM_55, malfoya, DOLCE_VIDA, ChiK_HeinekeN, rian90, heaven, spladoum

I couldn't have made it to this point without you!

Back to download view
38 Comments / Replies (Who?) - 12 Feedback Posts, 23 Thanks Posts
Hide Thanks Posts for this thread (Show only feedback)
Page 2 of 2
FREEDOM_55
Instructor
THANKS POST

I just knew he was special from the start! He presents awesome and he looks so alive!
Kudos on stepping out of your comfort zone.You get better with each upload. I'm oddly very proud of you!

I predict Simon will be getting a lot of woohoo.
blackwood13

I can't seem to get the eyebrows; I can't read the language, but I did get to the file page (Rayfile.com), which I imagine is like mediafile.com. But I can't figure out what to hit to DL the eyebrow collection...anyone have any hints? BTW, I *NEVER* DL sims, but this guy was just too good to resist! Thanks for sharing him!
Stepper

Thanks for the comments!

@FREEDOM_55: Thanks so much for your help! I guess it's kind of like you're my Sims mentor or something, haha.

@blackwood13: I'm glad to hear I've caught the interest of people that don't normally download sims! I'm sorry you're having trouble getting the brows, though. I understand it's a little confusing so I've attached a picture showing what to click after you get to the rayfile link.
blackwood13

@Stepper, thanks for the help! I got to the second page, but it doesn't *quite* look the way your screenshot does...the 2 blue bars are missing. Also, when I hover my cursor over the ENTIRE page, it all has only one link showing; not just buttons, but the whole page. I clicked the indicated button (above the identical button with the English words "Rayfile" on it), and I was taken to a gaming page (advertisement, I think); seco d time I was sent to a definite advertising page.

The URL the whole page links to is: http://tiqiqi2.r.haizhangs.com/tiqiqi2.htm

Wow, am I the ONLY one having these problems?

Ah, yeah I noticed the rayfile site will redirect to a different page sometimes. You may have to try closing the page and clicking the red button a few times before it will work. Also, on the second page it will take a few seconds to load before you can click the box I highlighted.

Feel free to send me a PM if you're still having trouble.
blackwood13

@Stepper: got the eyebrows, thank you!

One more question: If I wanted to go into CAS and change his eye color, would I need those sliders? Or would I only need them if I wished to changed what the sliders control?
Stepper

You should only need the sliders if you want to change the shape of his face, so eye color should be fine.
Duncan Disorderly

I want to have his adopted babies.

Also, he reminds me of Iwan Rhoen a little bit.
WHAT I IF TOLD
YOU


THAT YOU READ
THE FIRST LINE WRONG?

Download'd. Thank you.
I have no problems making good looking sims, but, after awhile, I have to throw in some other's creations to throw some creativity variety into the soup. When I do that, I look for sims that will pass down decent genetics and have a good, original look to them.
No questions here that Mr. Rhodes carries both those qualities and fits the bill exactly! Rare that I find this done so well.
Rhys82192
Test Subject
THANKS POST
#37

Thank you very much! I finally have this very handsome Sim you created! But there is a problem, when I checked him on the Pre-Made Sims bin, his original hair suddenly changed, as well as his original eyebrows. His original Outfit also changed. They aren't saved in the game! It also happened to the other Sims I downloaded into the game! How can I have him in his original look? Help me, please! Thanks! :D
mc01xx
Test Subject
#38

I downloaded this Sim, and as this is my first downloaded Sim, I checked the pre-made Sims bin in CAS, but he was no where to be found. Also, Simon is located in my Documents/Electronic Arts/The Sims 3/Mods/Packages file, and the icon is shown as a white paper with a folded corner. Is there something I did wrong, regarding the location or where he's actually supposed to be?
simshaker2
Test Subject
THANKS POST
#39