No Blur In The Distance (DoF) (Updated V3)

These are remade to bring them up to speed with the 1.0.728.0 update on Sept. 25th. Remove the old file from the Mods folder when using one of the new ones.

New versions of these mods are available now which include the XML tuning file which is complementary to the DATA file. Using the new file (whichever one you're using) instead of the first one is mandatory! Throw the first version of this mod in the trash.

After the Oct.1st Update, these steps below are no longer required to get the game to read XML, so these two things can be reverted back the way it was before.

Two extra steps are required for using this new version mod and any other XML mod which has the XML files in a .package. Make a new folder in the Mods folder (so this is a subfolder under Mods) named: unpackedmod
In the resource.cfg file in the Mods folder add the following line after the other text. To do this simply open the .cfg file in Notepad and copy and paste from here into the file and save it.

DirectoryFiles unpackedmod autoupdate
This empty unpackedmod folder you just created isn't used for anything, it simply needs to be there as a reference. My mod file goes in the Mods folder (or a subfolder) as usual.

A new version of this mod cuts down the out of focus blur by 50% instead of all the way; it is the file with the #50 in the file name. Use one or the other of these mods, not both at the same time.

This mod removes the Depth Of Field blur off into the distance. 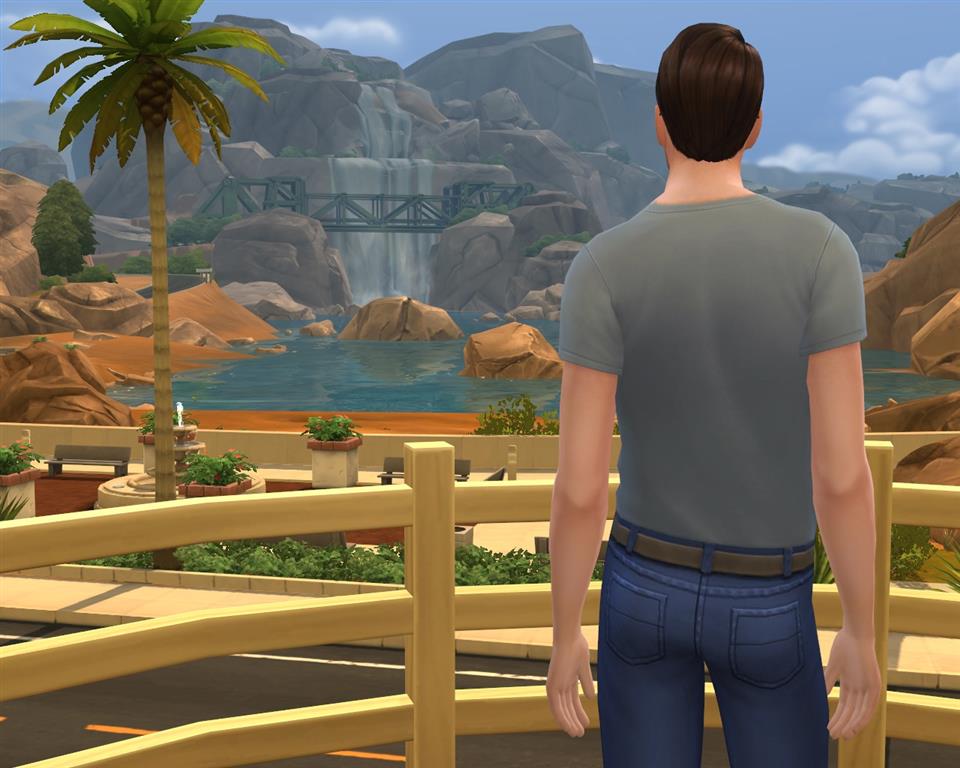 The mod uses a DATA file and an XML file named Renderer Global Dof Settings, and should not conflict with any other mod except one which uses these files. Unzip the file somewhere and place the .package file in the Mods folder (or a subfolder) in the My Documents area.

Additional Credits:
Created with the use of s4pe by Kuree and Sims4Group, and the DATA File Tool and XML Extractor by velocitygrass.
Tags: #camera dof

Need more information?
Back to download view
198 Comments / Replies (Who?) - 88 Feedback Posts, 106 Thanks Posts
Hide Thanks Posts for this thread (Show only feedback)
Page 8 of 8
BluebellFlora
Test Subject
#176

It's working fine for me, did you manage to get it working again?
sakura_drop_
Test Subject
THANKS POST
#177

Yes you unzip it.

"Unzip the file somewhere and place the .package file in the Mods folder (or a subfolder)..."
sakura_drop_
Test Subject
#179

thank you, must have skimmed too fast and missed it

Quote:
You're welcome. It's easy to miss!
Rocco182

Quote:
Willow Creek in Summer, the night was darker than normal, when I removed the mod it went back to a lighter night.

Does it work or not?
Tatti
Test Subject
#185

This message has been deleted by Kellyanne7.
JasonRMJ

Can someone please take this mod over and update it?
I hope someone can update it and maybe enhanced it, by disabling the glowing bloom.
The volumetric sun rays are the best effect in the game, the rest are just overkill.
Asamiakihiko
Test Subject
#187

I definitely do not want to make the lack of this mod someone to update or to help me update it I have very little experience in modding but I absolutely want to get back this mods pleaaaaase (sorry for my bad english I'm just a little frenchy desperate to have the impression to look without glasses #overmuchblur)
Voltresse
Lab Assistant
DELETED POST
9th Mar 2019 at 1:02 AM

Hey guys! Newbie modder here. I took a look at this mod and it seems to be working fine. The files show no important changes from the last time he updated till now.

I also tried to test some of the issues people were reporting (with the regular blur removal). Tab camera works fine, Willow Creek during the Summer at night with and without the mod had no changes in lighting, and I also tested Sylvan glade which had no changes either. If you are still experiencing one of those issues it may be due to a conflicting mod instead, not clearing the localthumbcache, or something else. So, unless someone has another bug or issue to report that I can possibly replicate, I'm gonna have to say this mod works fine for patch 1.50.67.1020.
anyakelly
Test Subject
THANKS POST
#189

Thanks for doing this
Rudy90
Lab Assistant
THANKS POST
#190

This mod, right here is amazing!

I wish I discovered this one earlier. When I turn on post processing effects, the game has a lot of blur in the background and it just makes it look really bad imo. Especially when you have the sky as a background behind Sims or trees. It gives it a weird blur around it that looks bad.
Turning off Post Processing fixes this issue completely, however it also gets rid of nice things such as the nice sunrays. This mod gets rid of the blur but keeps the nice sunray effect.

Quote:
I'm having trouble, after I took the mod out my game loaded, it was just white screen with it in there. But didn't EA change the game itself, so modders had to update their creations to their version? The only files there say it was uploaded in 2014, 5 years ago. All my mods work great, I don't use the world changers or anything like that. Is there another link?
scarletqueenkat

@thesimslover828
I didn't have an issue with a white screen when I tested this version in my game. Also, that change was for script mods, which this mod is not. However, I did compare the resources the only change in it besides what Shimrod changed was the version number and the heading in the xml. I updated it just in case, so let me know if my version works for you.

This version is Compatible for Patch 1.52.100
Origin ID: ScarletQueenKat
Like my mods? Consider becoming a patron to receive early access to my pre-released mods. You can find ALL of my mods on my website. If you need any help/support with my mods, please feel free to join my Discord.
thesimslover828
Test Subject
#194

Quote:
Yep it works great, thanks. The game loaded right up, such a great idea. Thank you and Shimrod, ya'll rock!!

Thank you very much Scarlet

Future updates will be posted on my site
Hey everyone, until Shimrod returns (if he does) and wants to support this mod again, I'll be keeping it updated here . It's easier for me to keep everything in one place.
Origin ID: ScarletQueenKat
Like my mods? Consider becoming a patron to receive early access to my pre-released mods. You can find ALL of my mods on my website. If you need any help/support with my mods, please feel free to join my Discord.
FalseZen

Scarlet's Mods
As she has mentioned above, the current updated version is on her website. No Blur in Distance by Scarlet

All of Scarlet's mods can be found here: Scarlet's Mods