This modification will rename the default menu options for televisions, computers, and tablets. The point of this modification is to bring a more realistic feel to your Sims 4 experience by providing familiar TV networks, computer games, and social networking sources. At the moment, you can choose between US or UK networks. Thanks to latest update, you can now choose between modifying just the TV networks, computer menu options, or you can do both at the same time!

NOTE: Information for other modders:

If you have the same instances and use the Strings_ENG_US.package, there will be a conflict between our mods and it might not work properly.

You have the option of just renaming the computer menu options, the TV menu options or using both at the same time.

computer_revamp_1.3.package needs to be placed inside of your Sims 4 mod folder if you would like to rename the computer menu options.

NOTE: You must either choose the US or UK version for the television mod. Both versions cannot be used at the same time.

Please report any bugs or issues in the comment section. 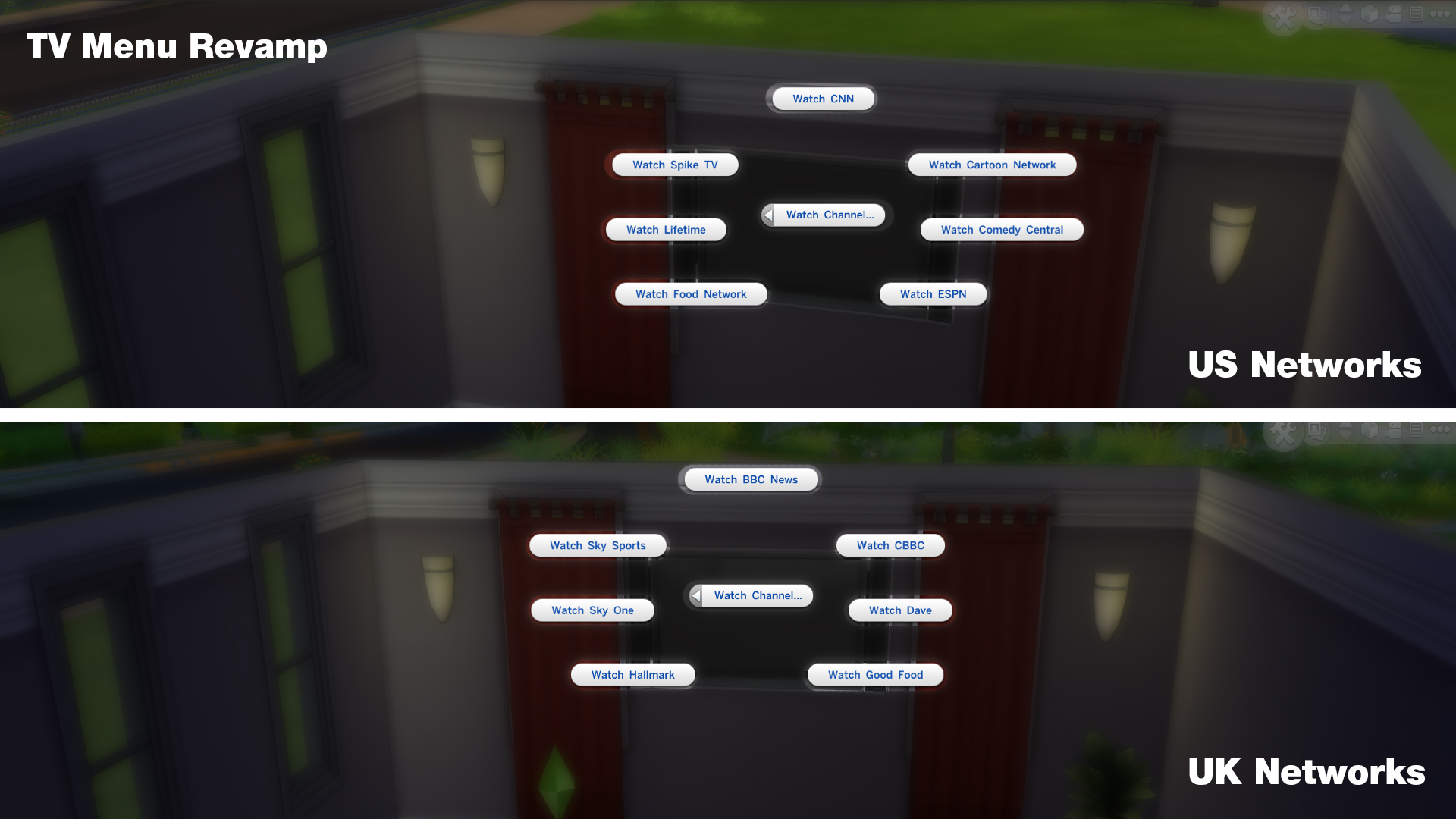 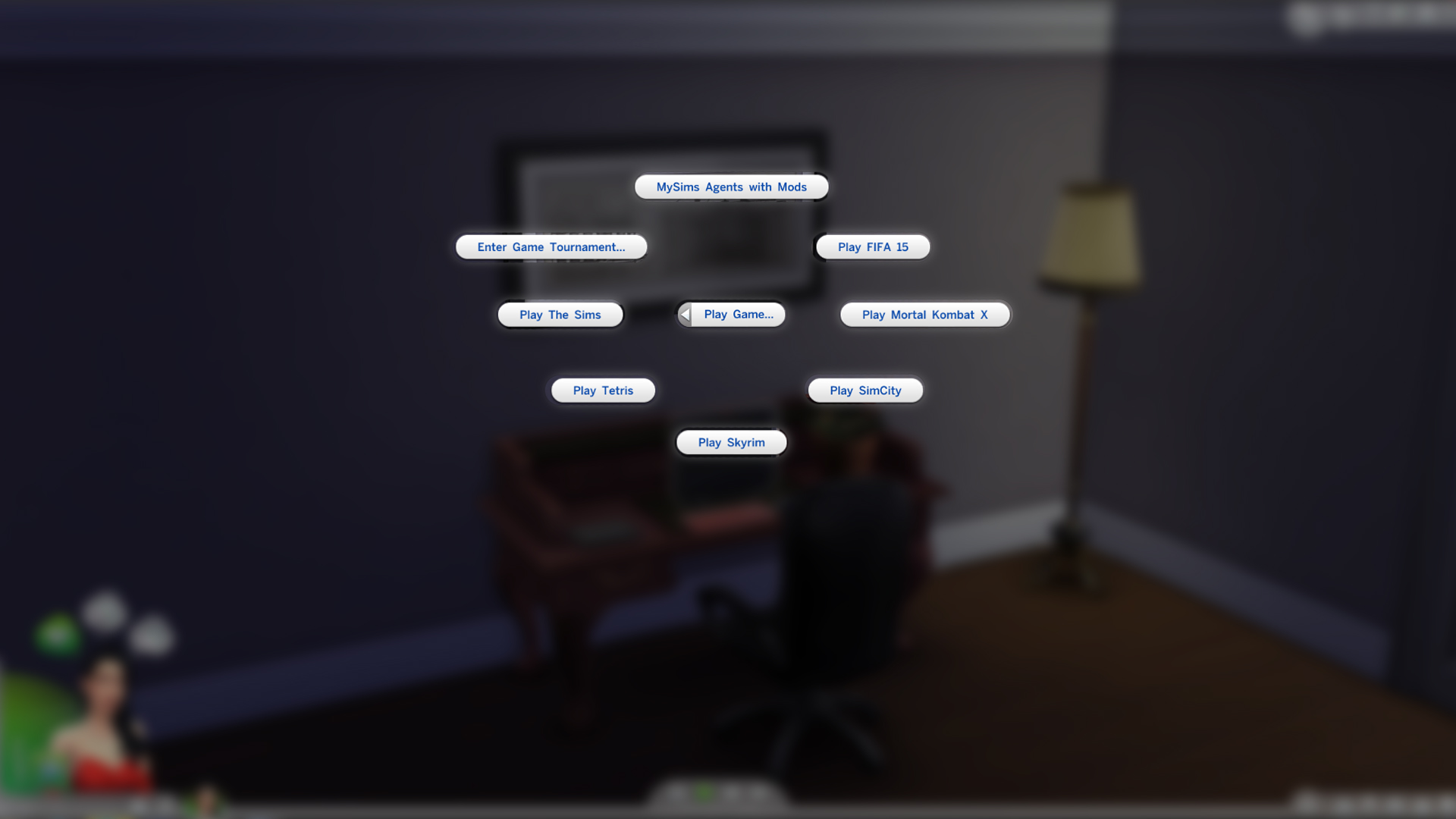 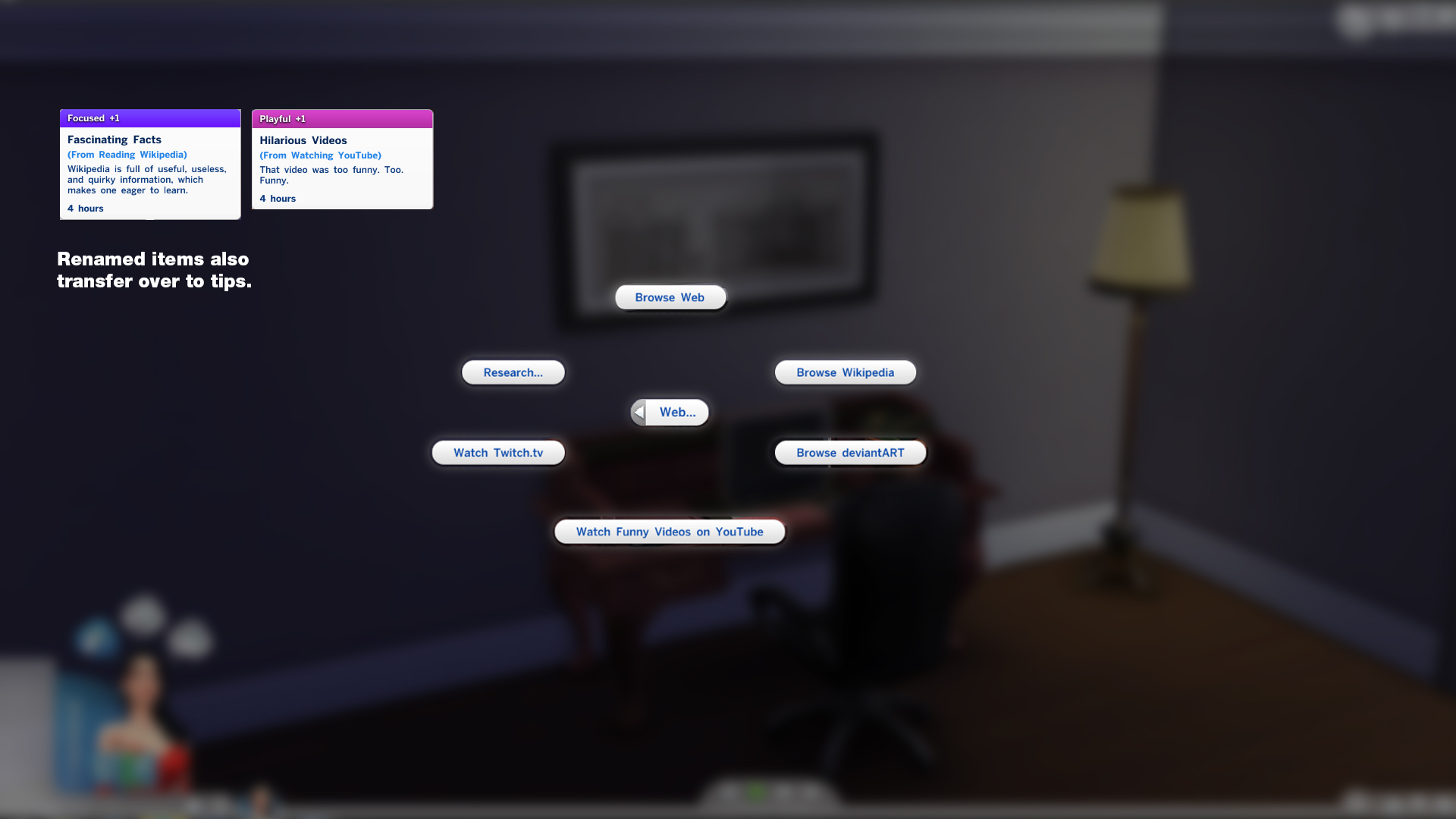 Need more information?
Back to download view
70 Comments / Replies (Who?) - 38 Feedback Posts, 31 Thanks Posts
Hide Thanks Posts for this thread (Show only feedback)
Page 3 of 3
BiscoMix
Lab Assistant

I want to mention that I'm going to begin testing mods that make changes to same file as this mod to confirm if they're compatible. You can see them on the main page of this mod!
SweetiePieGoGo
Test Subject
THANKS POST
#52

you need to extract the mods or is a script mod

Any chance we could have one that says MSNBC instead of CNN? Is that something I could change myself?
I want, I need, therefore I am a sim!
Annie1983
Test Subject
THANKS POST
#57

Thanks for the mod, but it needs update for latest patch.

Does this still work?
Falco Greg
Test Subject
THANKS POST
#59

There was a really lack of options for TV channels and computer games. But thanks to you, we now have more channels and games for our sims to play on! :D
DemoniacJester
Test Subject
#61

Can you please maybe just message me on how i could change the game names themselves? i want the skyrim one back, it would be nice to know how to change that back. if that's not possible that's okay.
HappyYouthVoid
Test Subject
THANKS POST
#62

This is amazing!
BackToThe80s
Test Subject
#63

Along with the Australian TV channels, could you do the Canadian ones too? Also, revamp the movies menu, now that movies are here thanks to the Movie Hangout Stuff Pack, but movies are only compatible if "simmers" have that stuff pack. You could also do radio if you want. It may be easy for UK and Canada, but may be complicated for Australia and USA. TBH, 2 of the Australian channels are ABC channels. (Kids & News)

Websites and movies are still the same. Also, there are the 2 hidden channels that are unlocked when a sim has Level 9 in Handiness and upgrade to super reception, which are the fireplace channel and the music channel. US and UK versions of the 2 hidden channels are included, but not the normal channels in this comment, as it is already explained. Although US and UK are already added, here are my ideas on what TV networks should be on The Sims 4 for "simmers" living in Australia or Canada.

I only know a few Australia, UK, and Canada Radio stations, so you can do it yourself, OK, BiscoMix.
jonathan7157
Test Subject
#65

Do Australian TV Channels for James Turner (The Sim Supply)!!! He would love this.

After the Kids Room Stuff Pack, there is new channel BEtween TV. Because of this, the kids channels need a revamp.
USA (updated channels)
Kids Channel-Nick Jr. (or Disney Junior)
BEtween-Cartoon Network/Nickelodeon/Disney Channel.

This mod could also be used for Sims 4 City Living, with 2 new channels, the Politcal and Cultural channels. Here are the 4 countries with the 2 channels changed:

Could someone report if this mod still works?2
seejanetry
Test Subject
#69

Since CNN tends to BUNGLE facts, could you replace it with MSNBC please?? IMy sims would appreciate it :0 lol