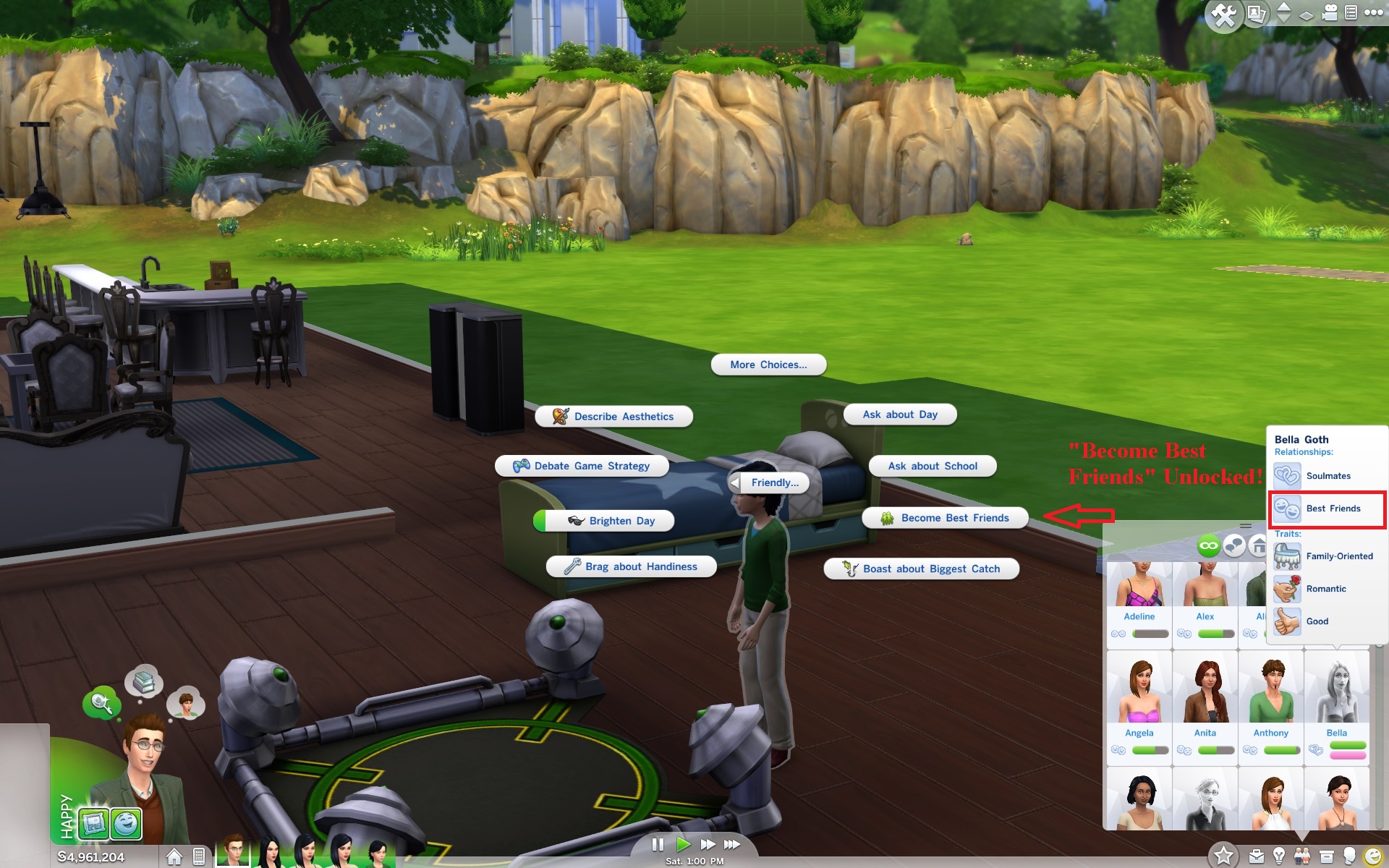 1,103 Thanks  Thanks     388 Favourited
The first time my Sim made a friend I asked to be BFFs never thinking there was a limit to how many I could have. Later, after a terrible Cowplant accident, I was without a BFF. When the time came to complete the Friend of the World Aspiration I learned that I couldn't be BFFs with anyone else because I was still BFFs with a dead Sim who only existed as a greyed-out portrait in my social panel. Even had my BFF lived I would have had to make them angry enough to dislike me to lose the BFF status, then lure other Sims into BFF status and repeat the cycle to complete the aspiration, more if I wanted to complete the 20 BFF achievement. Well, I modded the game instead.

This is a simple XML tuning mod that removes the check for an existing BFF, thus allowing Sims to have more than one BFF at a time.

This mod changes the following XML resource and will conflict with other mods that also change this resource:

This mod was built using Game Version 1.0.797.20, it should be compatible with all versions.

Updated 2014/10/31. This mod removed the check on the currently controlled asking Sim but I didn't remove the check on the targeted Sim, one Sim could have unlimited BFFs but if you switched Sims you might have found your potential BFF field limited. I just updated the mod so that it should now ignore the BFF bit on both the asking Sim and the target Sim, so if you play multiple Sims you can have a crazy web of BFFs.

Updated 2014/11/01. Added back the version that only removes the check on the currently controlled asking Sim until I can figure out how to keep the Ask to be BFFs interaction from being always present. I'm adding the newer option as a second file for people who play multiple households and may run into the issue where you can't ask a Sim who already has a BFF. However since the check on both Sims is removed the option to ask to be BFFs will always appear since the game is ignoring that they are BFFs.

Updated 2014/12/20 Finally updated the mod to be compatible with the December patch! Now to start my Christmas shopping. Soon. Maybe tomorrow...

Need more information?
Back to download view
114 Comments / Replies (Who?)