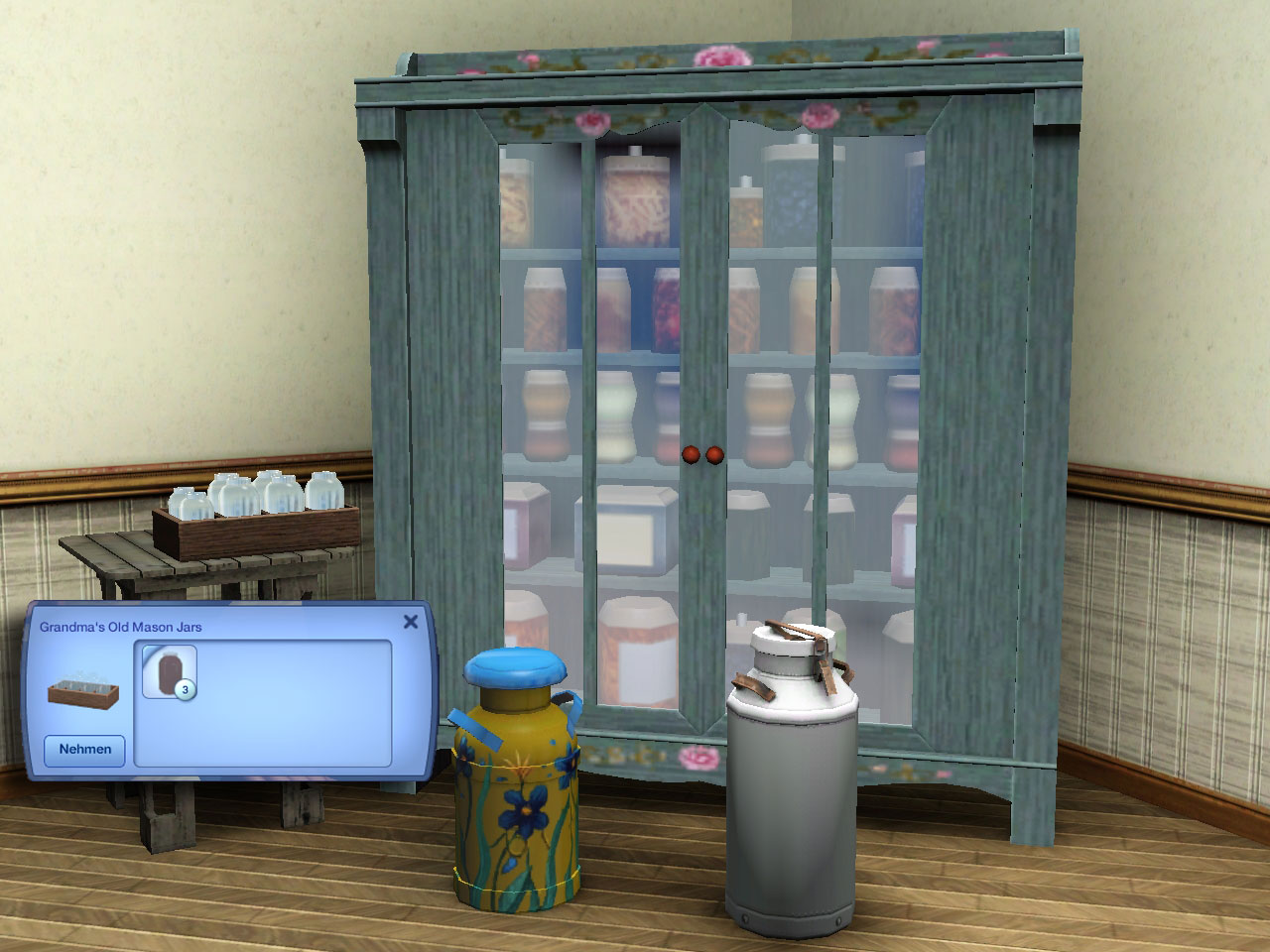 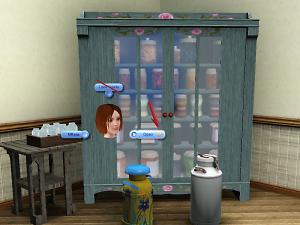 438 Thanks  Thanks     153 Favourited
It bothered me from the first that we can't store milk and marmalade in the fridge. Then I found out I could put them in Sandy's chestlikes from Around the Sims. And then I thought it would be neat if the store's own marmalade pantry could actually be used to store marmalade in it.

These overrides add the World Adventures' chest functionality to three store items and to the Pets milk barrel. So they have their own inventory, just like with Sandy's chestlikes. If you're not familiar with those, read her instructions here.

World Adventures is NOT required, but you must be on a post-WA patch. (As always it's recommended to be fully patched)
You do need the original objects:
The World Adventure script includes the non-functional 'look inside' interaction, which you can ignore as it only works on real treasure chests. If you click it, Sims will do a routing fail animation, even if you have WA installed. The right one is the immediate "Open". (If you read Sandy's instructions, you already know this 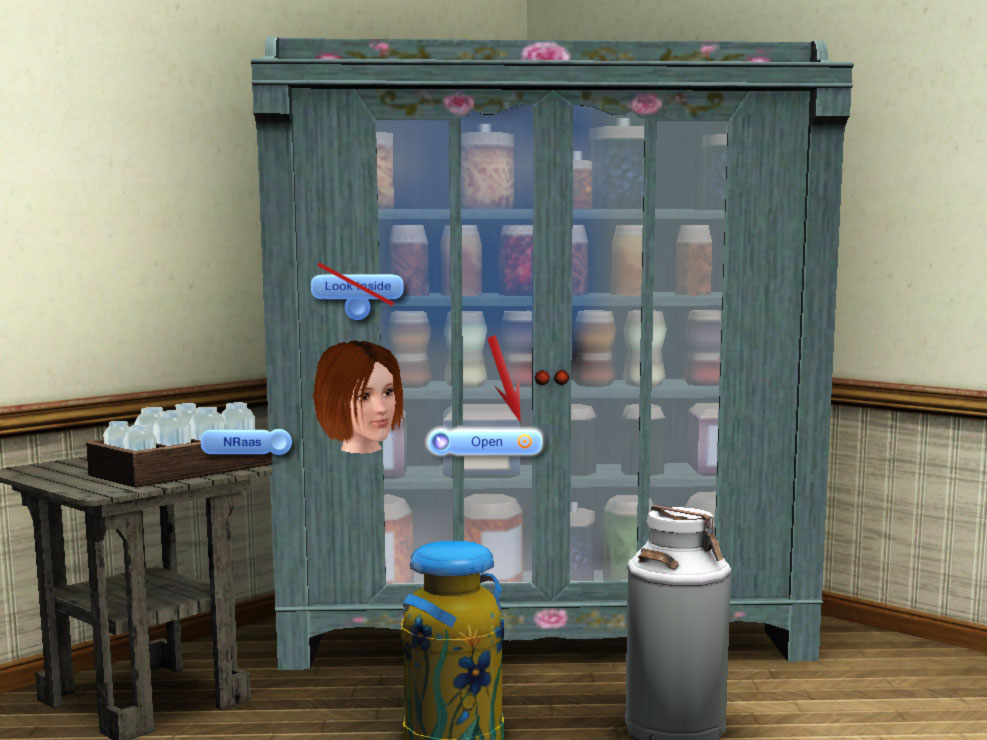 How to install:
To uninstall, simply delete the overrides from your packages folder, but make sure you didn't leave anything important in the inventories. Generally, nothing dreadful will happen if you delete the mod with objects still stored. You can run Nraas Error Trap to be on the very safe side.


Additional Credits:
Thanks to:
Sandy, whose work inspired this mod. Without her I wouldn't even have know this is possible.
Nonamena for her script-class tutorial
Plumdrops and Tiaaam12 for testing
The creators of s3pe, oc, and Sims 3