by plasticbox Posted 7th Dec 2014 at 12:34 AM - Updated 4th Mar 2015 at 10:33 AM by plasticbox
20 Comments / replies (Who?) - 6 Feedback Posts, 14 Thanks Posts
This is a Maxis Recolour which means that it is a recolour of an item that already exists in your game. Please check the Expansion pack requirements to see which game pack it recolours.
This is a bunch of street decoration lifted from the game files and fixed up for Buy/Build. 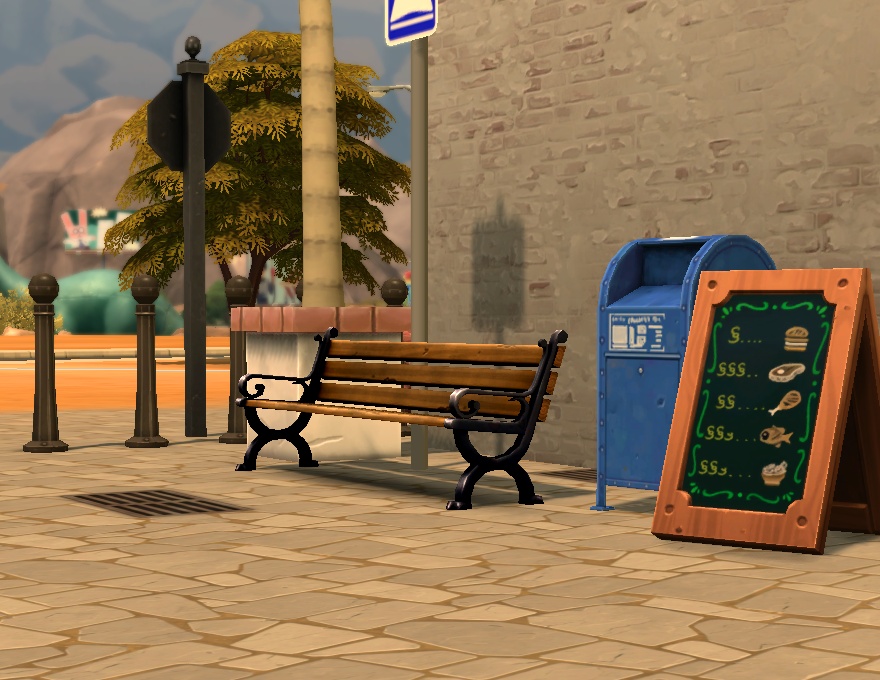 
s4pe, Notepad++, Hasher (which is now called something else, I mean the Fogity thing).

Need more information?
Back to download view
20 Comments / Replies (Who?) - 5 Feedback Posts, 14 Thanks Posts
Hide Thanks Posts for this thread (Show only feedback)
FakeHousesRealAwesome
Field Researcher
THANKS POST

I am unreasonably delighted with the newspaper boxes. Thank you!
Mendota
Field Researcher
THANKS POST

I love the mailbox. Thank you, the signs will go well on the Burbon street lot.
Toya45
Test Subject
THANKS POST
#4

they don't show up in my game although i put it in my mods-folder :/ is there something i am doing wrong?
SleezySlakkard
Test Subject
THANKS POST

Great! The game is in desperate need for more decoration objects like this.
plasticbox
Pettifogging Legalist!
retired moderator

@Remort did you see the Installation instructions tab? Did you unzip it/ do you have subfolders enabled?
Stuff for TS2 · TS3 · TS4 | Please do not PM me with technical questions – we have Create forums for that.

In the kingdom of the blind, do as the Romans do.
Remort
Test Subject
#9

Yes i do have subfolders enabled although i don't know how i did it because i have several folders in my mods-folder and everything works, except the ones i got from you here

Thankyou very much for providing these items.
shirman_t_potter
Test Subject
THANKS POST
#11

I think this is really cool! Thank you so much.
LucieSims
Instructor
THANKS POST
#13

perfect thank you ! I am very thankful to have found your liberated sets.
eddz.raphael
Test Subject
THANKS POST
#14

I don't know if something changed in the most recent patch, but, my sims can no longer sit on the benches, they're just decor now.
ZiemiaHD
Test Subject
THANKS POST
#18

Thank you so much! i've always wanted this for my community lots!!!
Donielle_4
Test Subject
THANKS POST
#19

Wonderful set! However, is there any chance to have these as separate files? I think the mailbox is clashing with my other mailbox cc that has been made functional and I really only use couple of things from this.