by Crowkeeper Posted 26th Jan 2015 at 10:48 PM - Updated 27th Jan 2015 at 6:12 PM by Crowkeeper : Updating the file
29 Comments / replies (Who?) - 5 Thanks Posts
Picked Upload! This is a picked upload! It showcases some of the best talent and creativity available on MTS and in the community.
The Dancing dragon club

In the hills of Shang Simla, covered in cypresses, lies an old shrine. Or maybe I should say that it is believed to be a shrine...but is it really the truth?

Why does a crowd of people, dressed in party clothing visit the shrine each night? @pepoluan, owner of the property refuses to explain these suspicious happenings...but maybe you can find out the truth yourself? 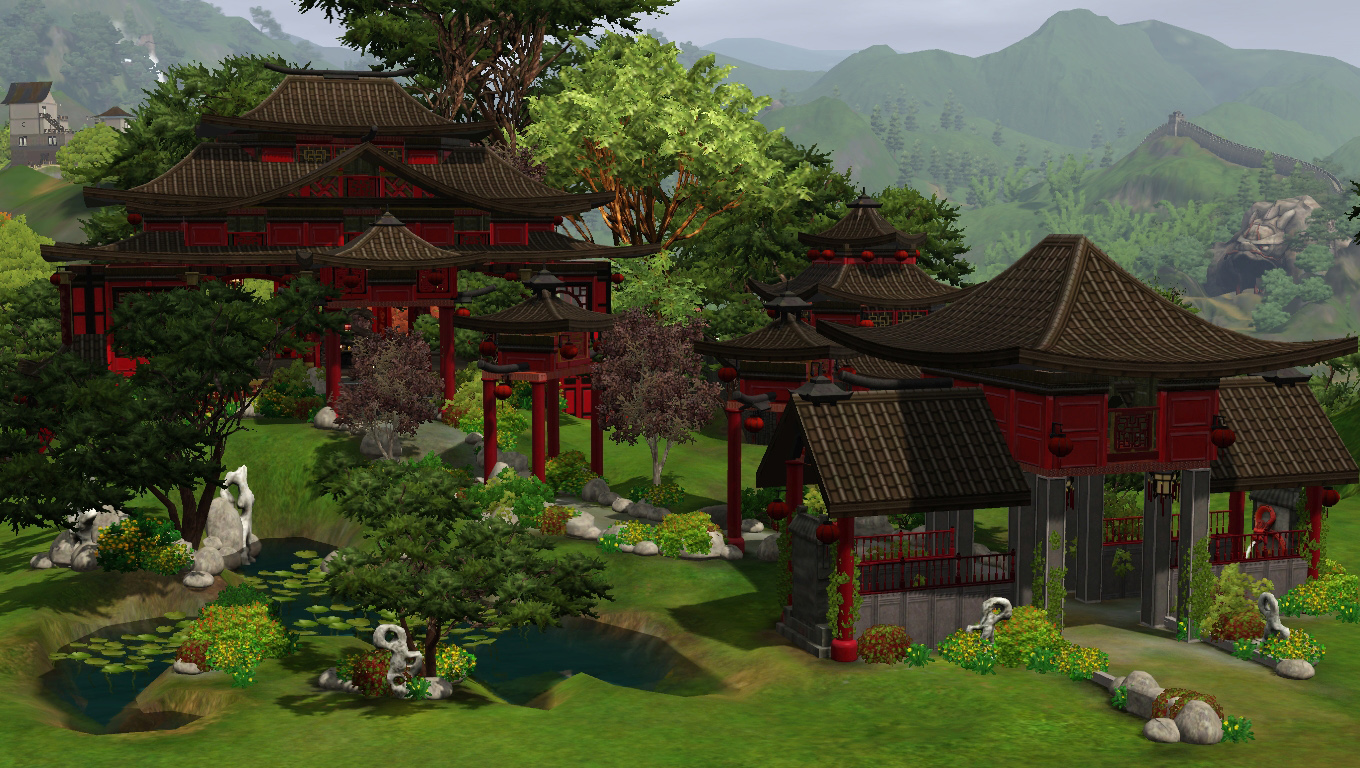 Floorplan, exterior and interior of the "shrine" 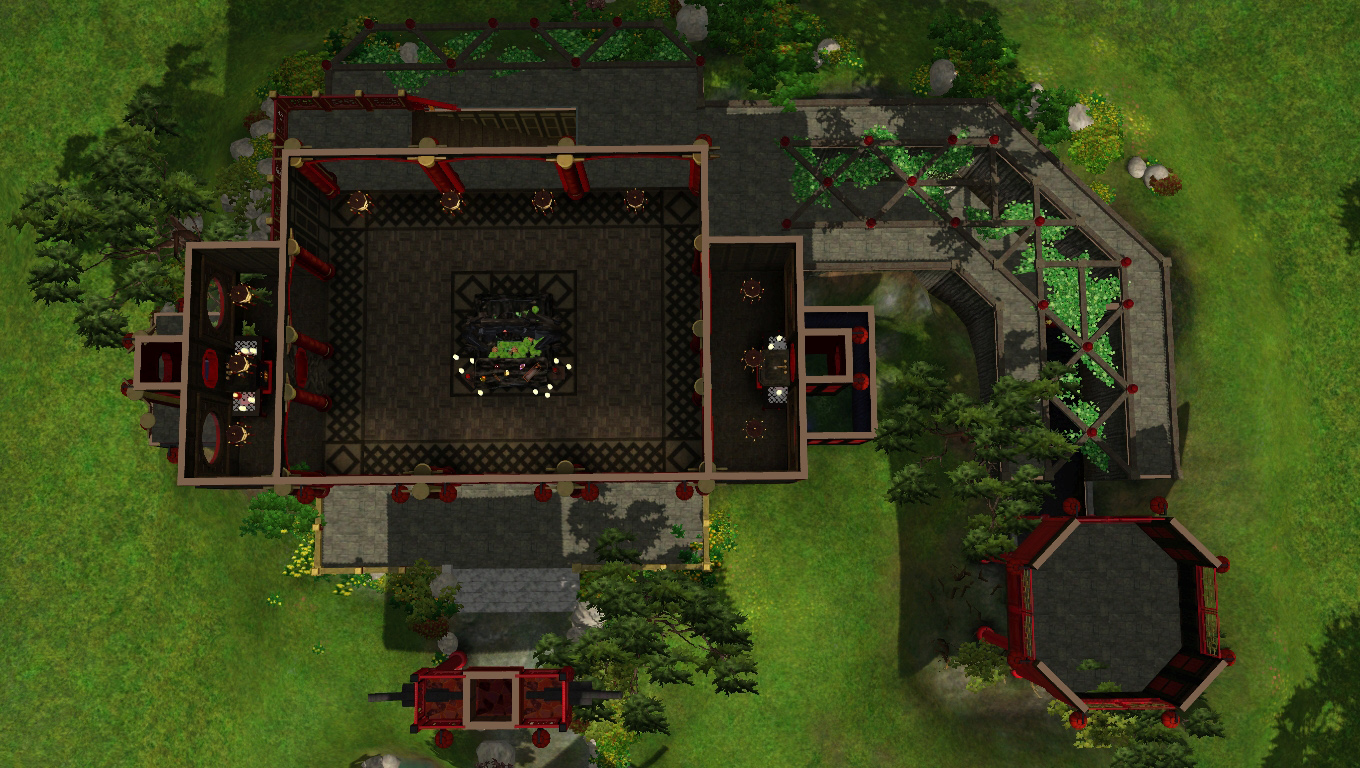 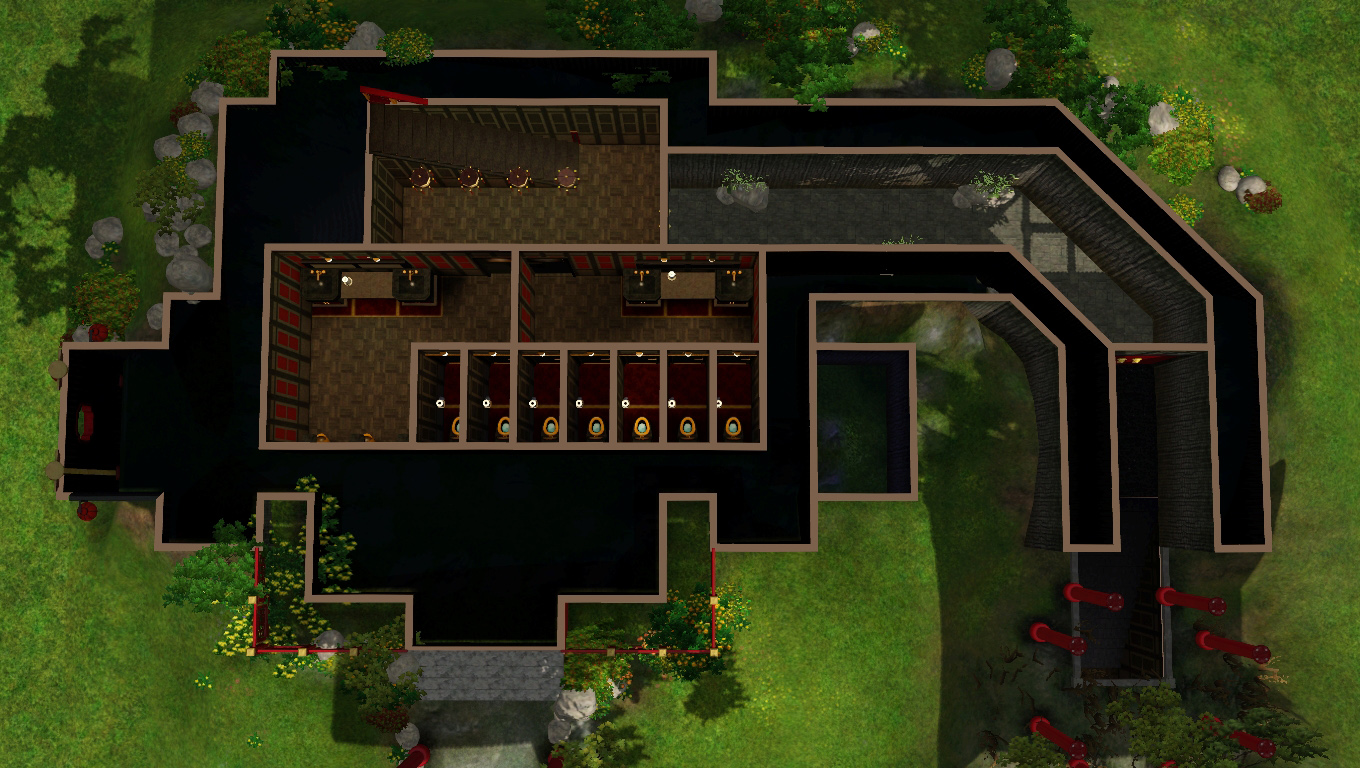 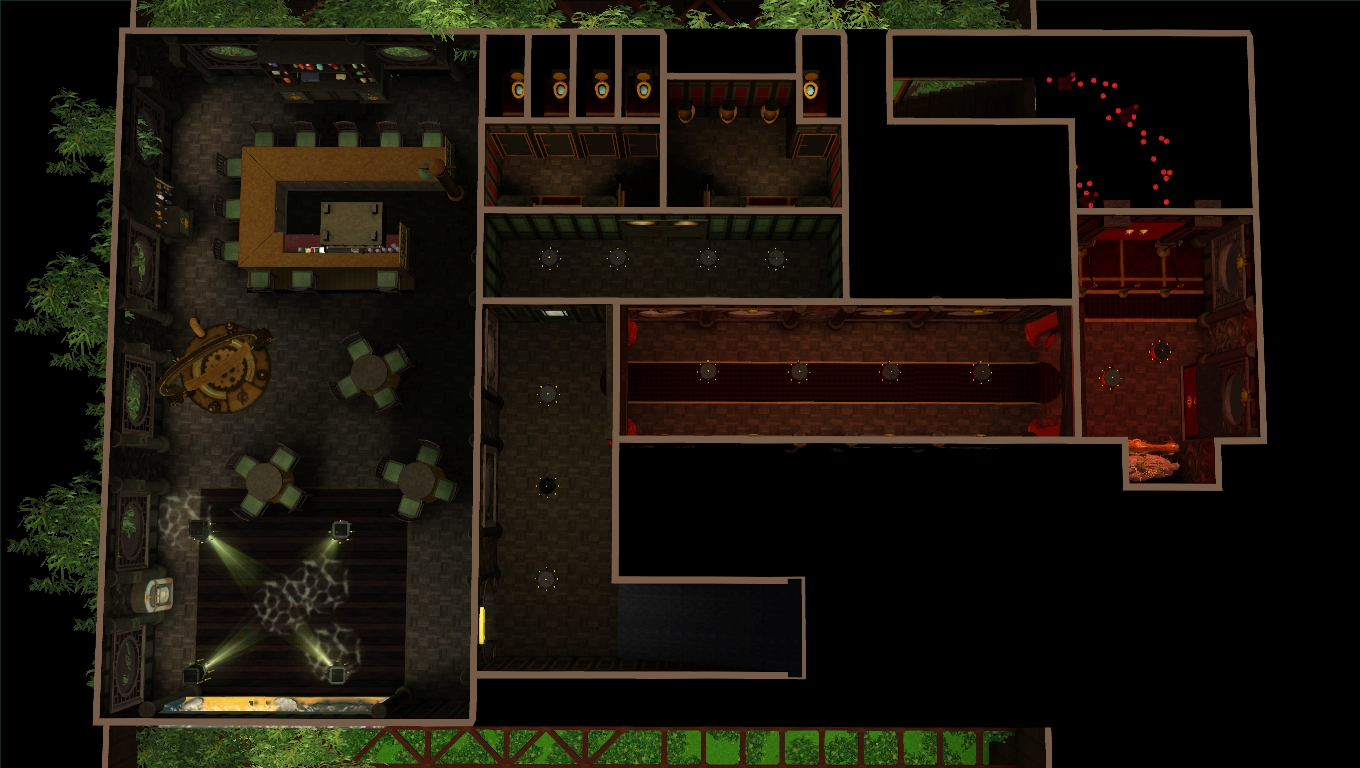 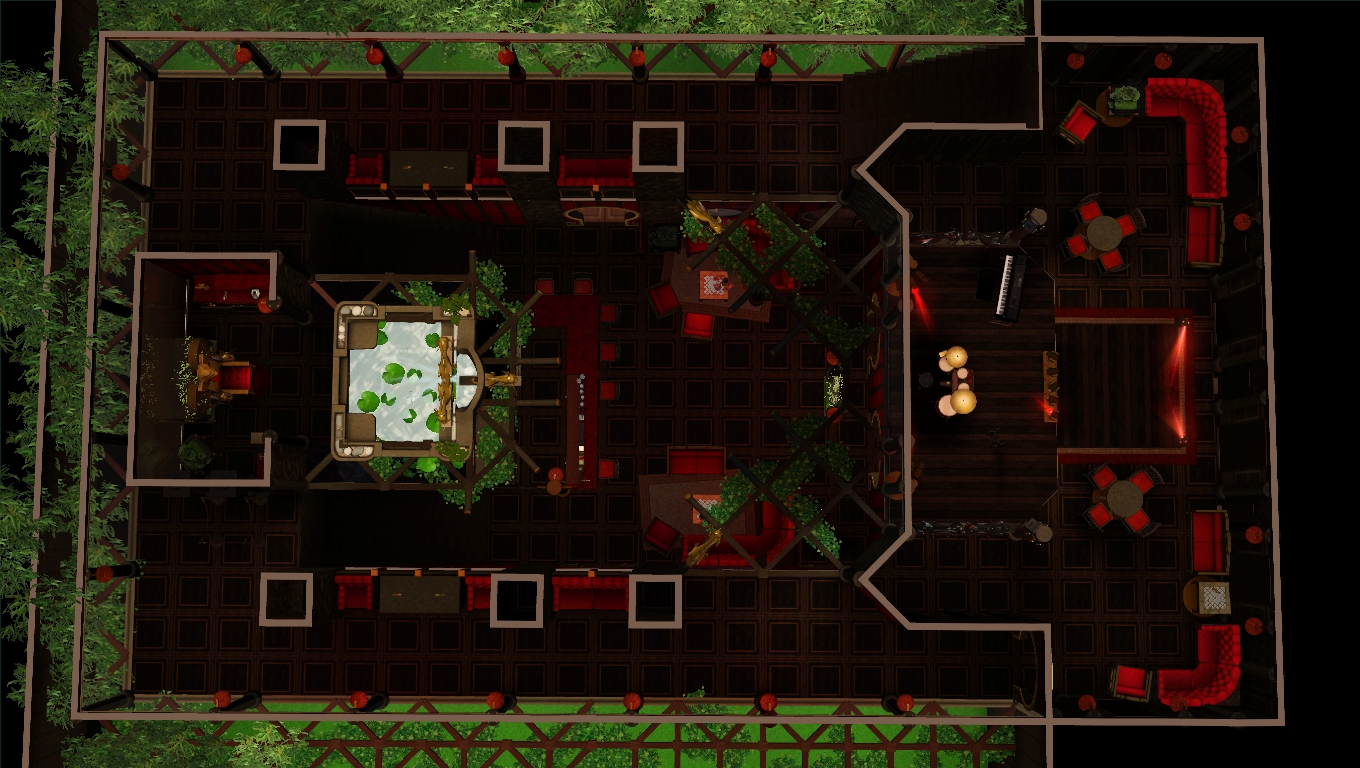 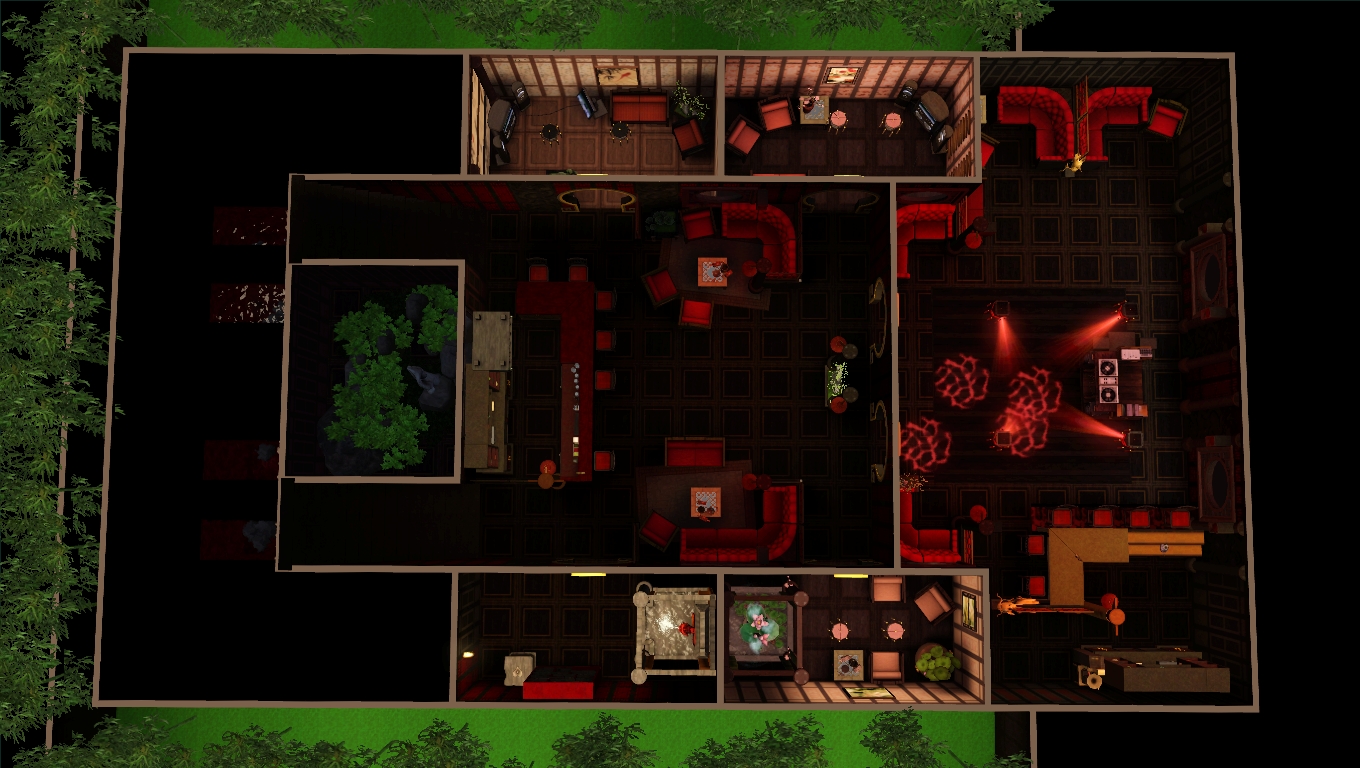 The club contains these rooms: 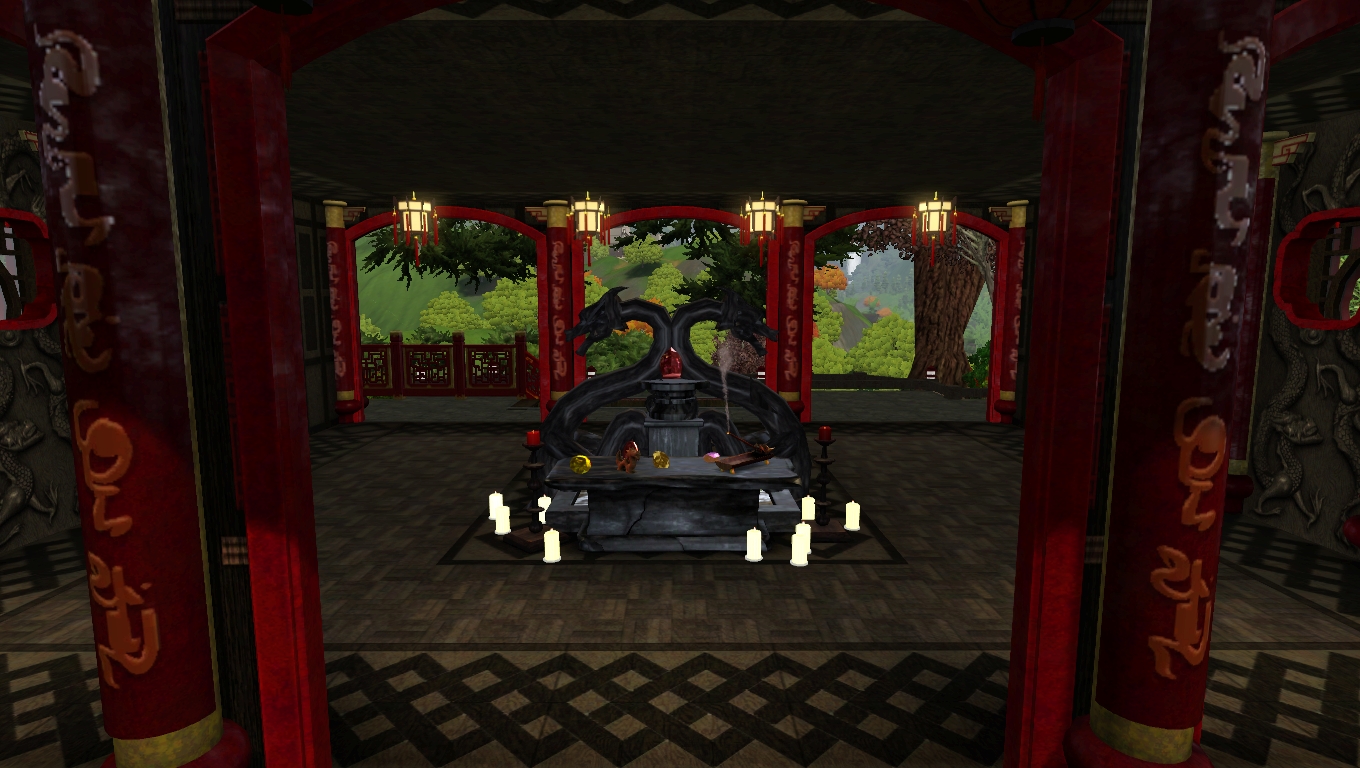 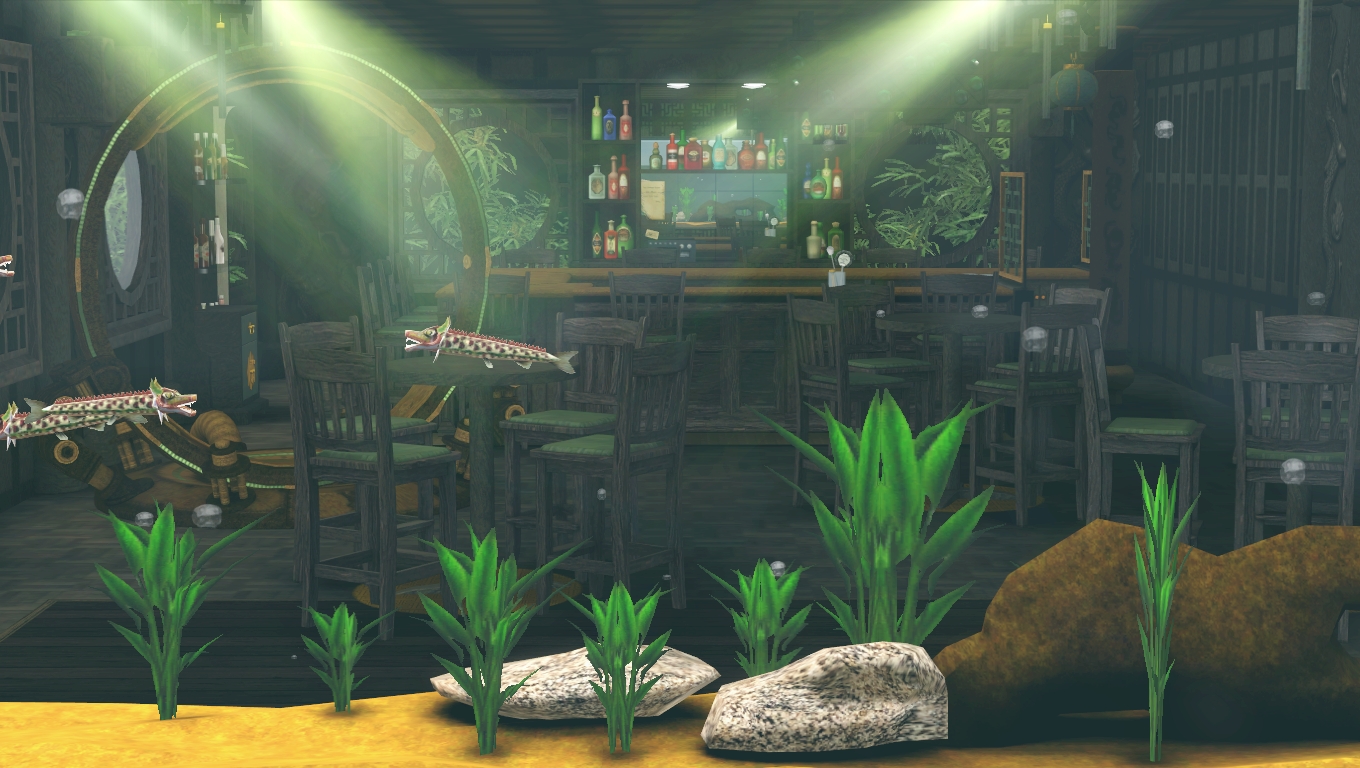 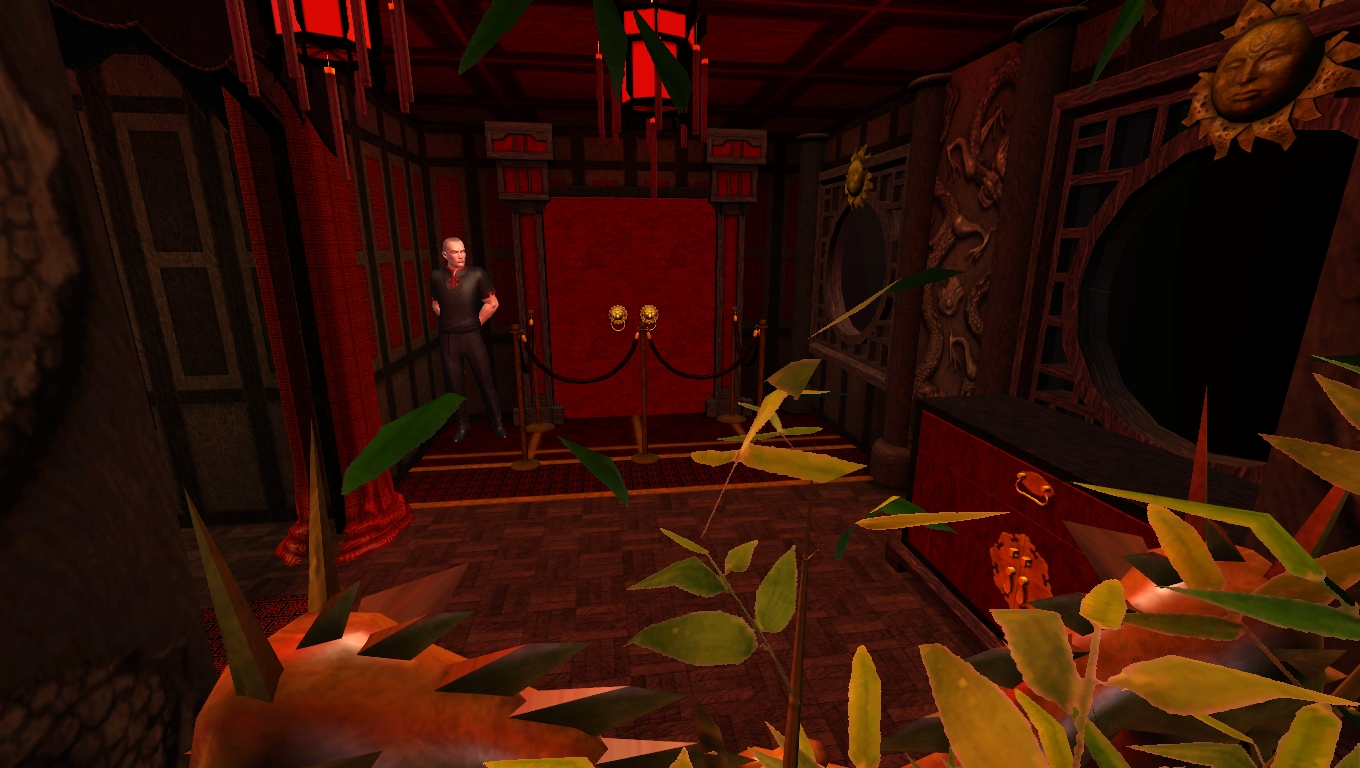 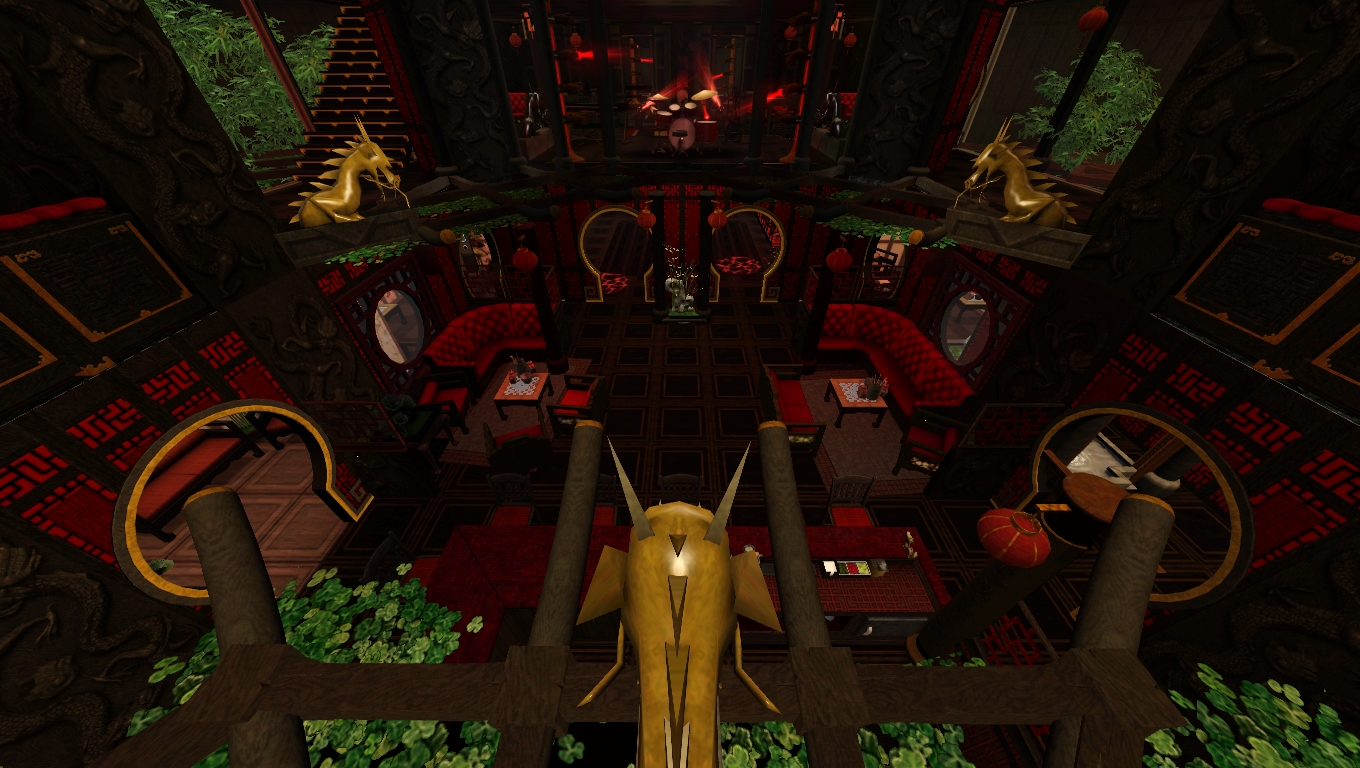 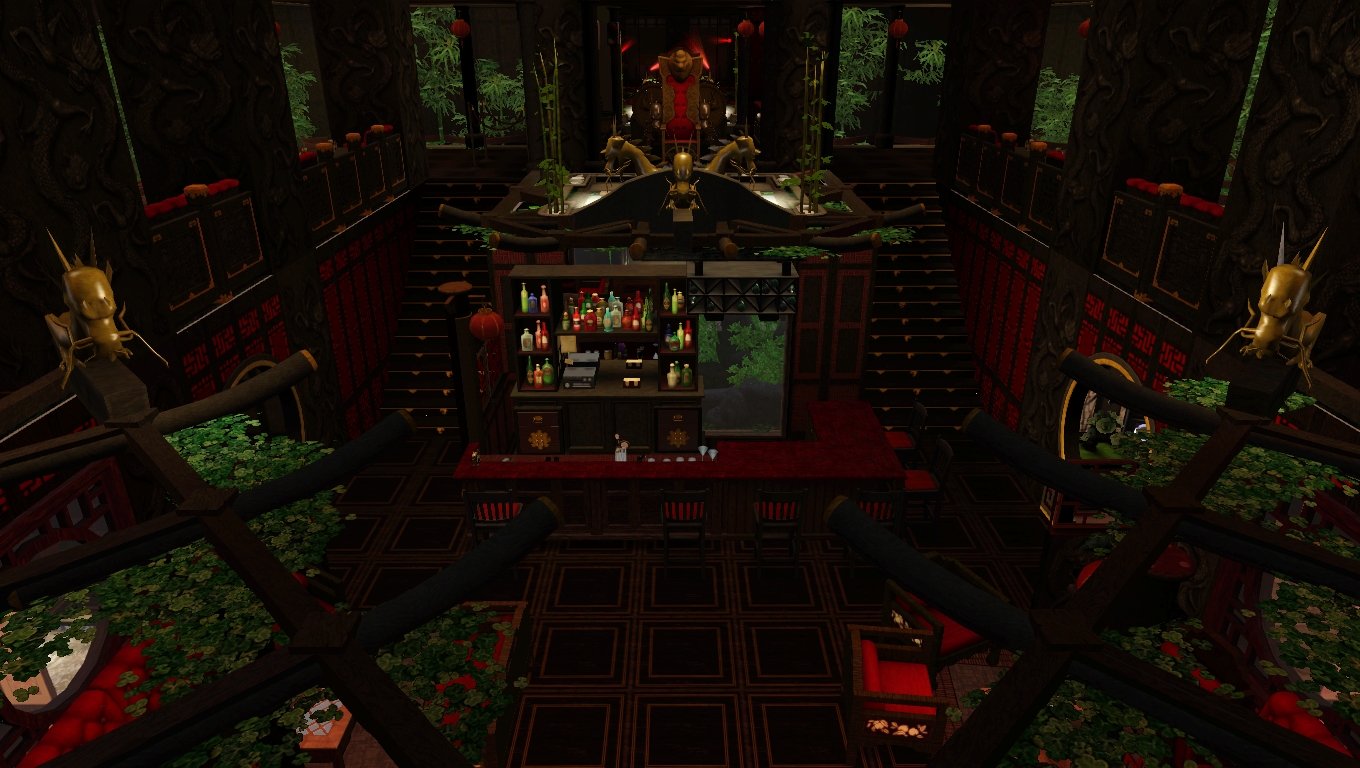 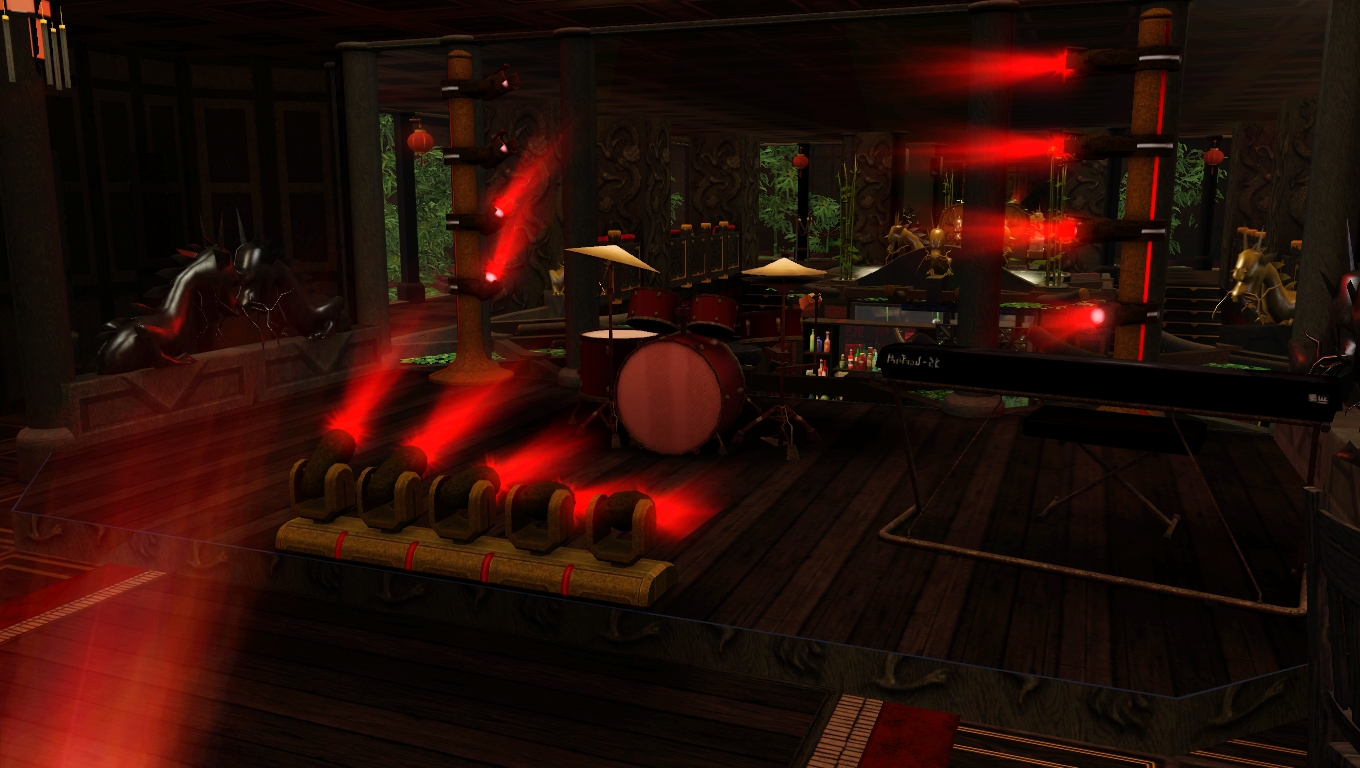 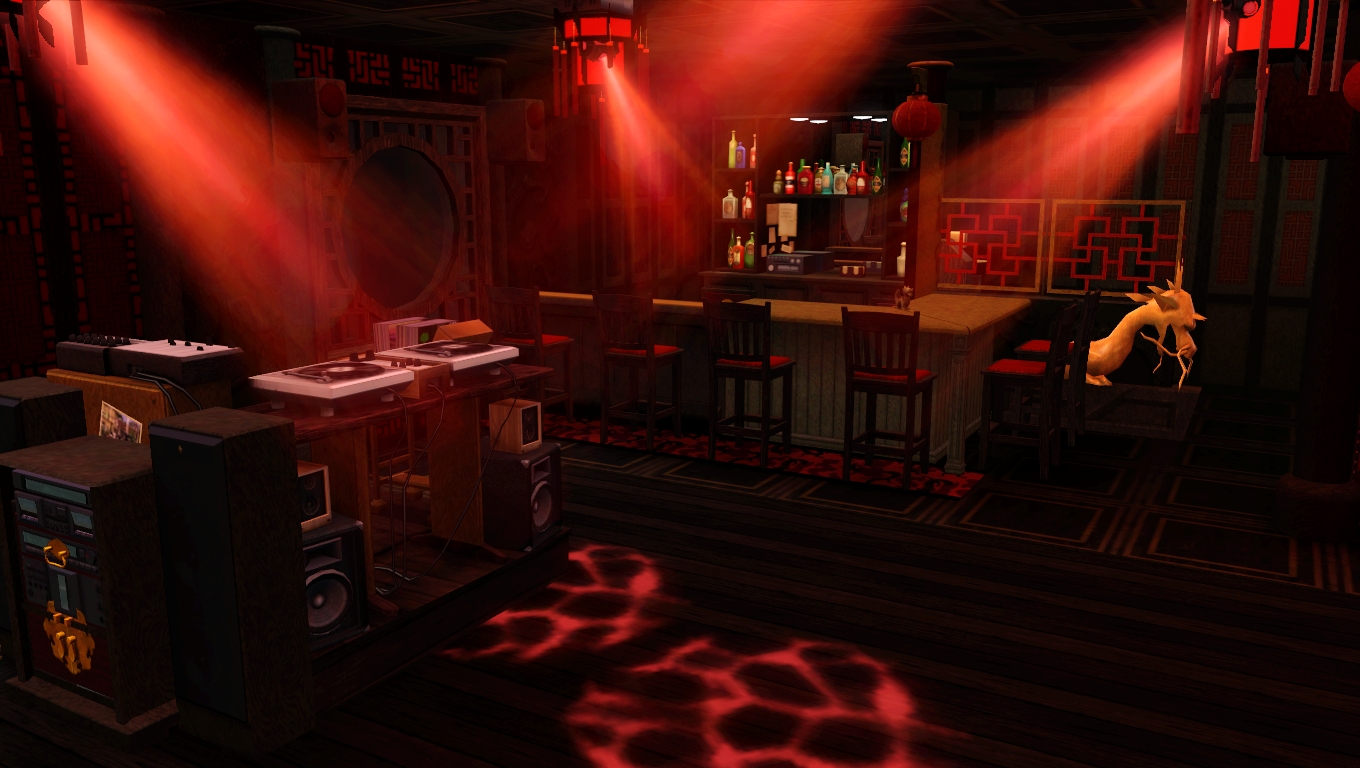 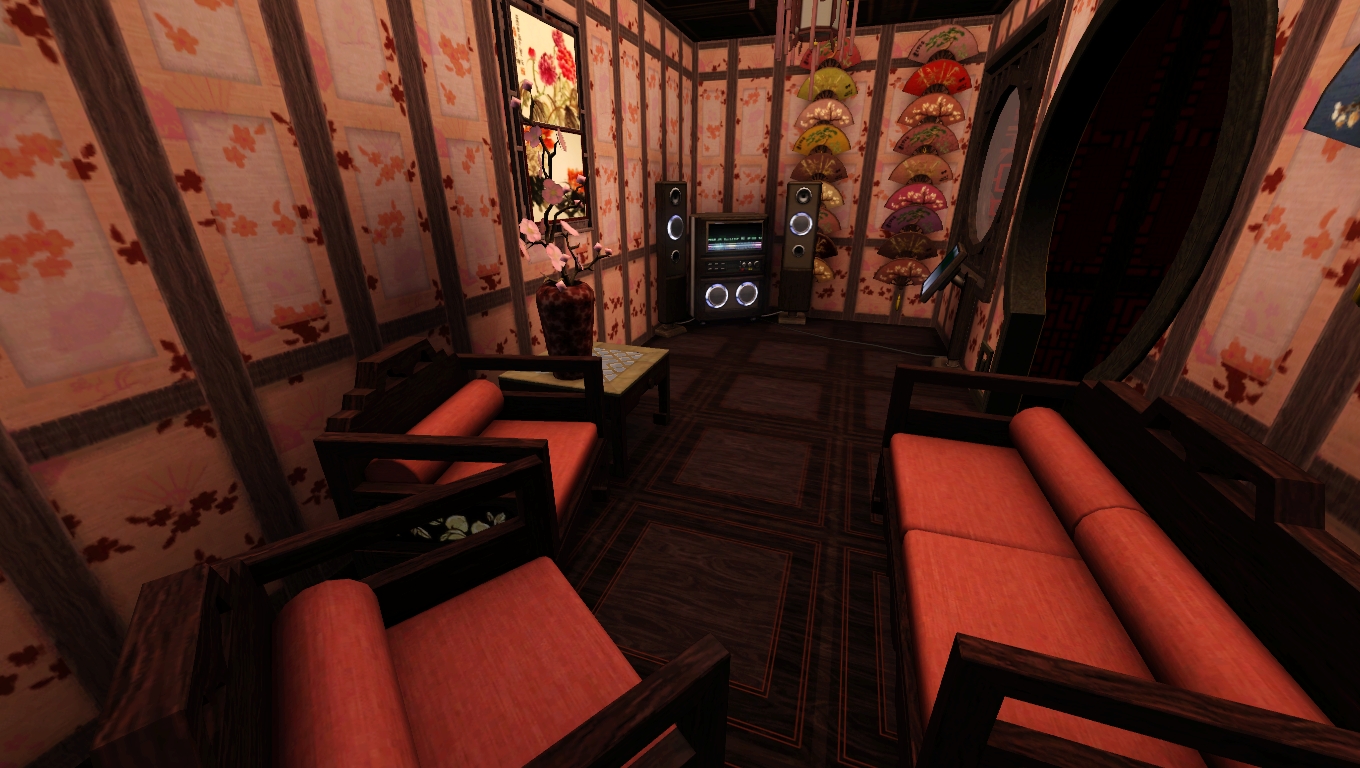 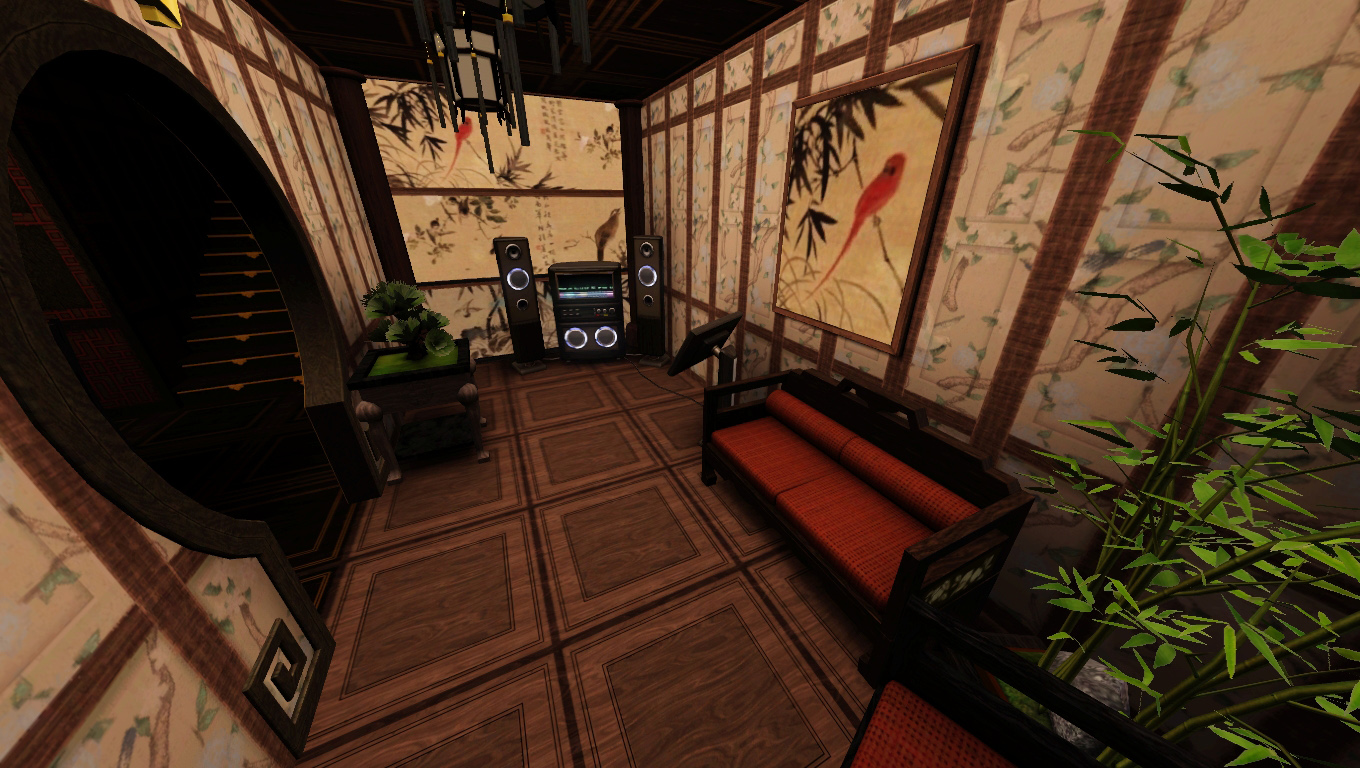 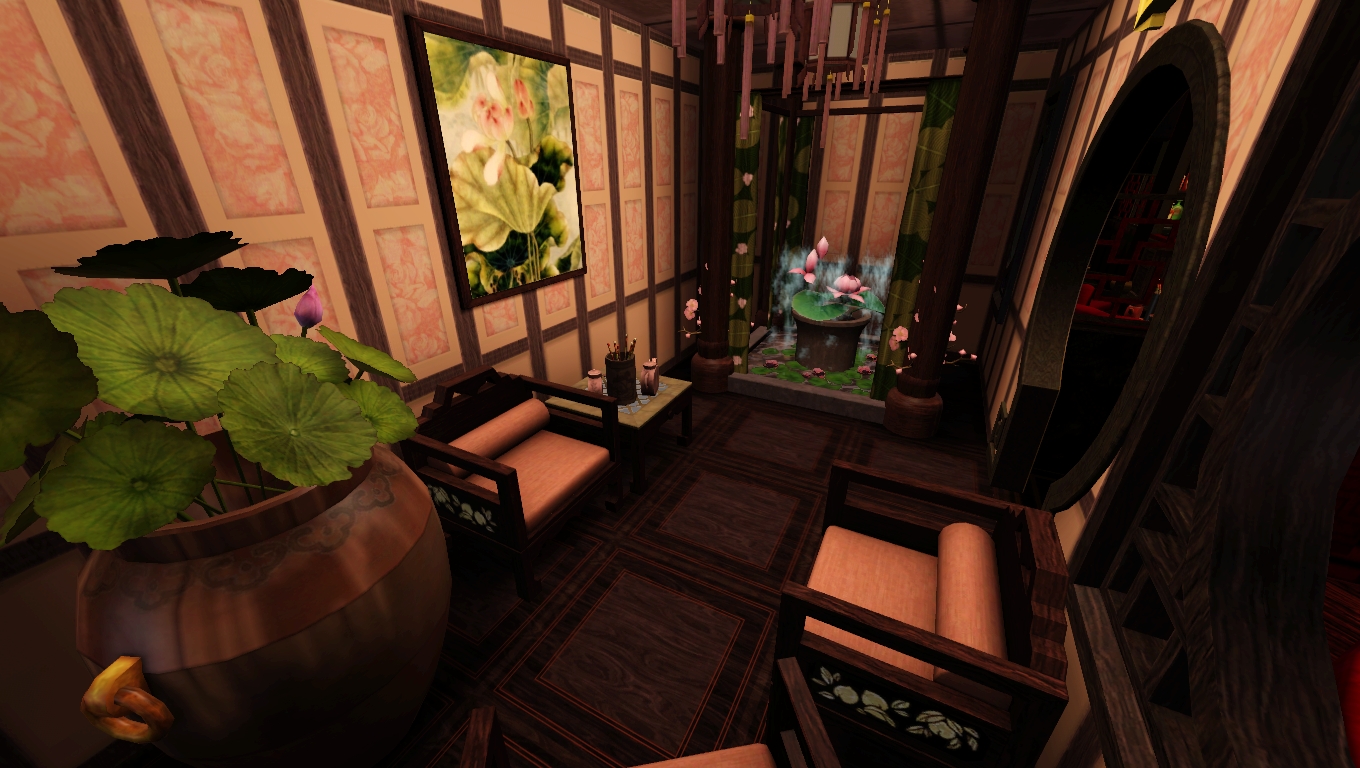 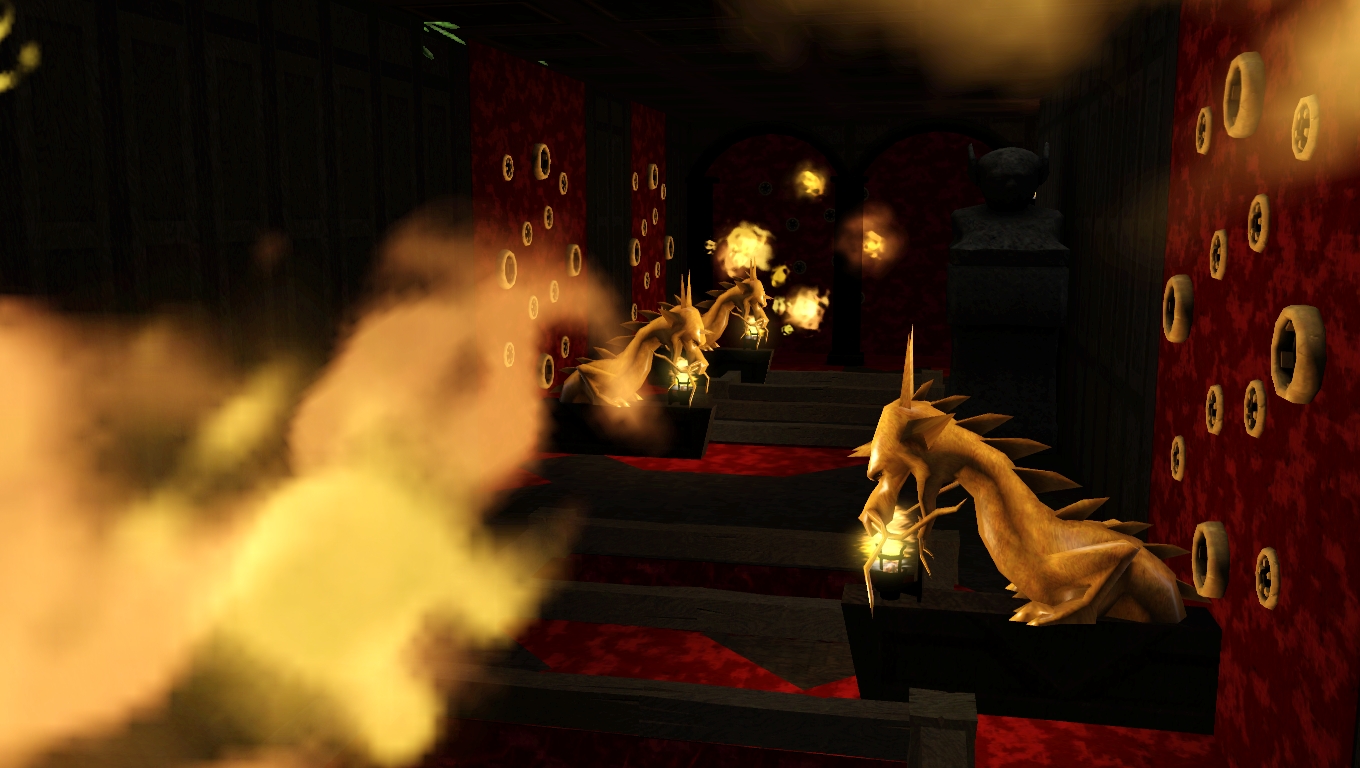 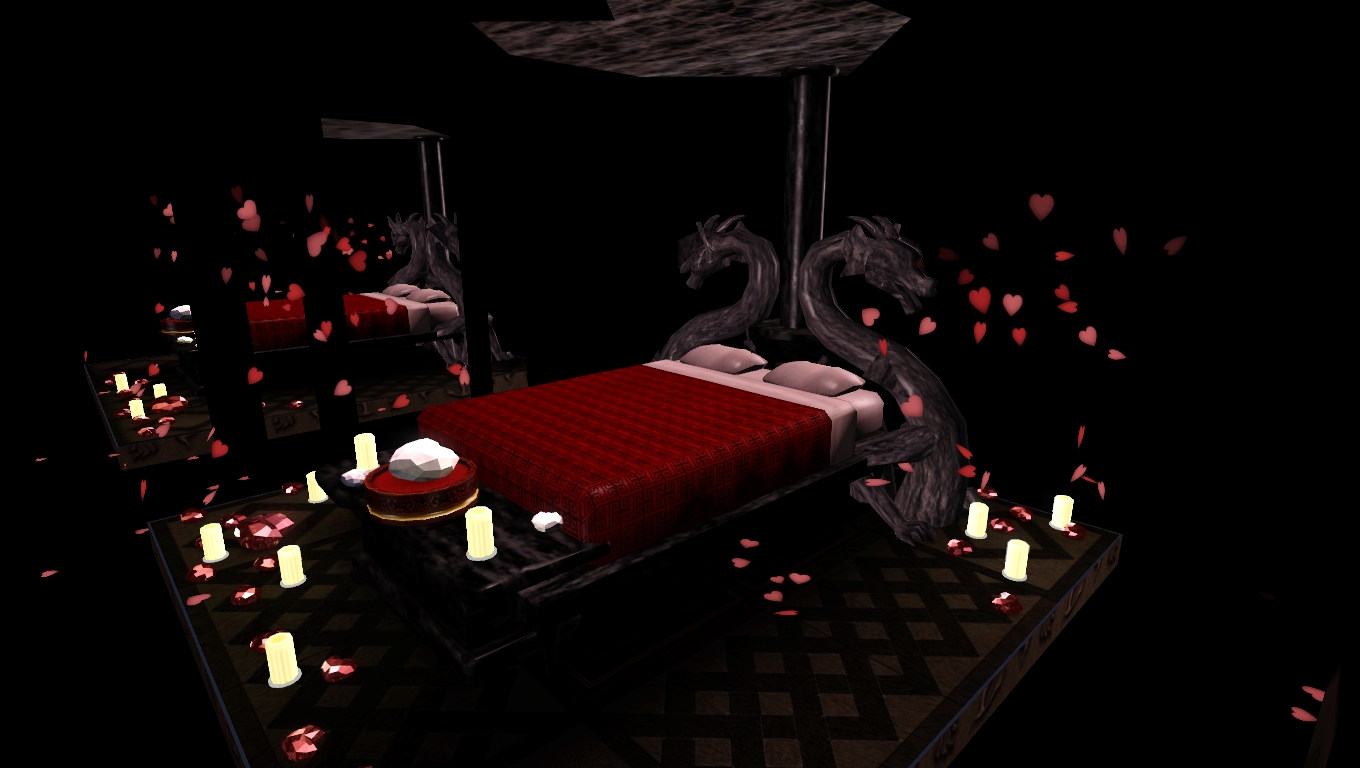 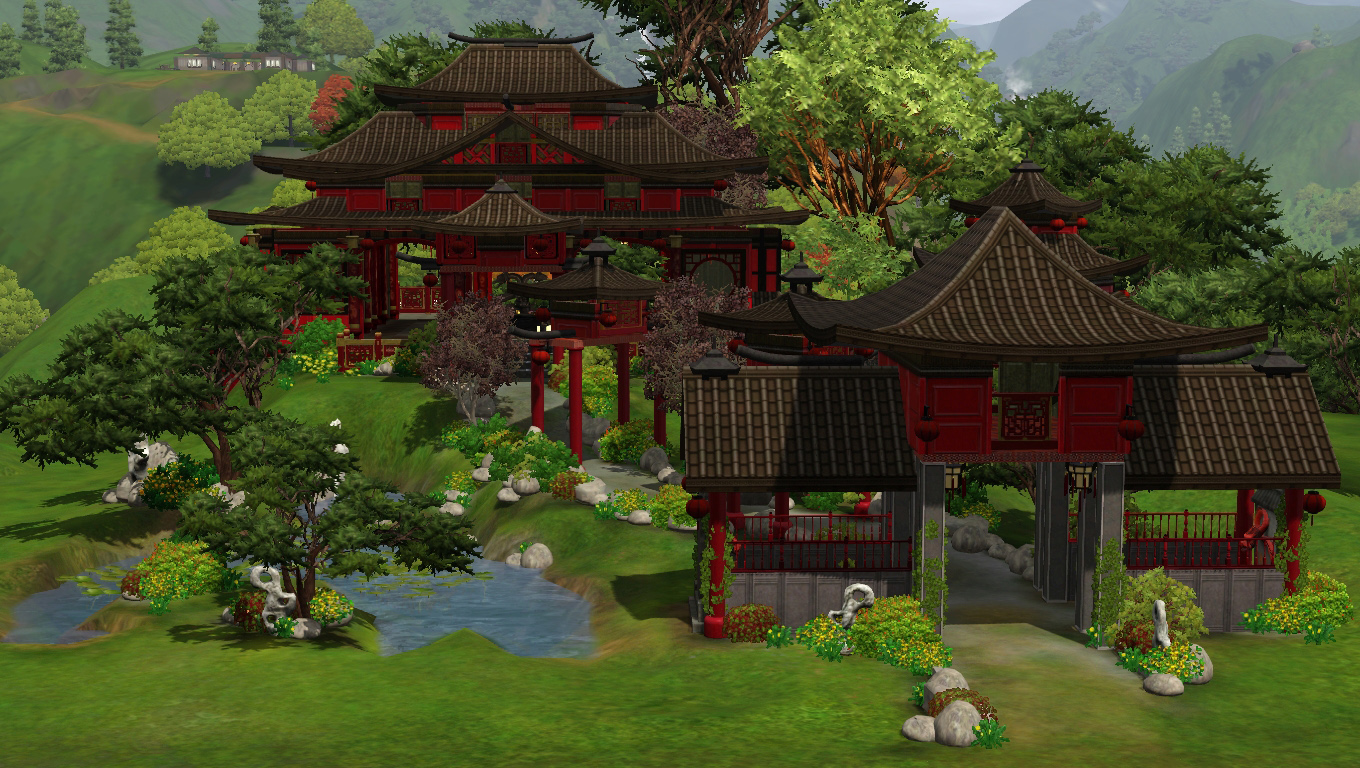 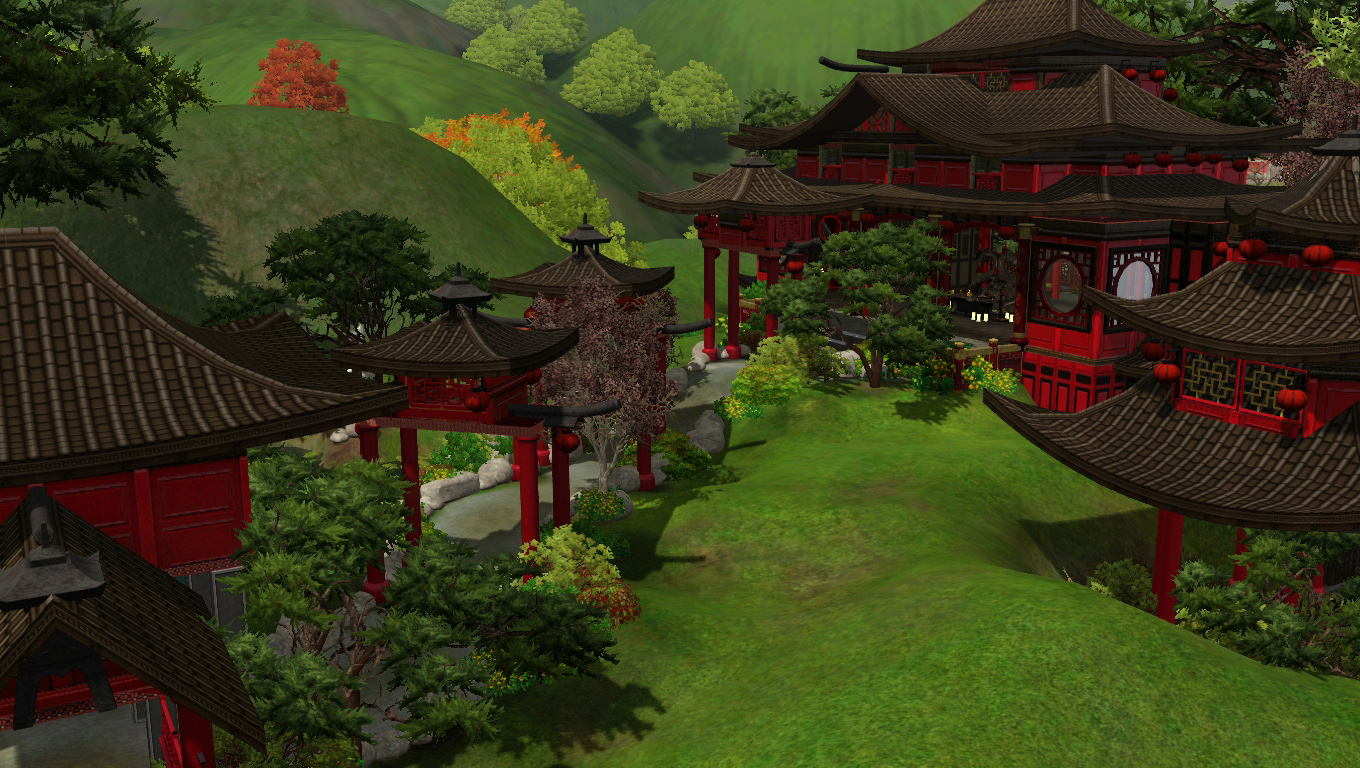 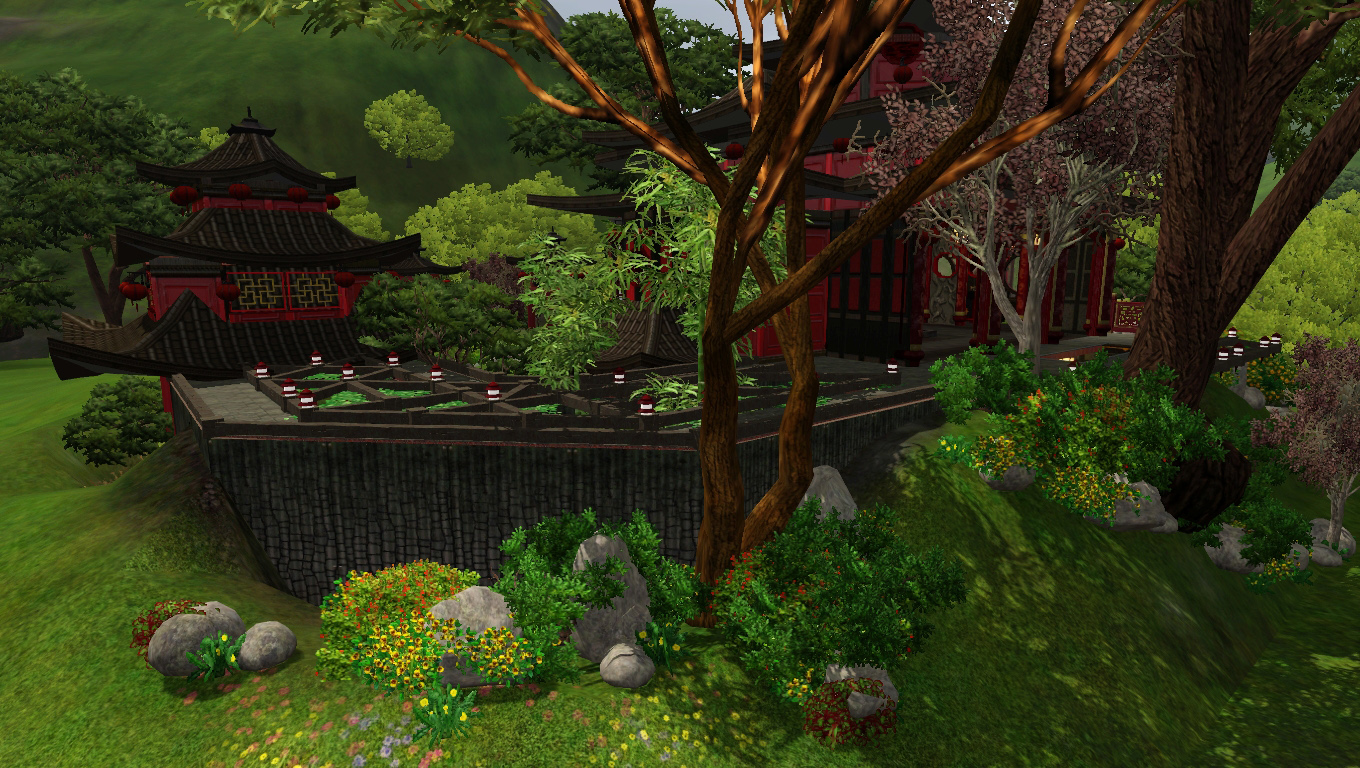 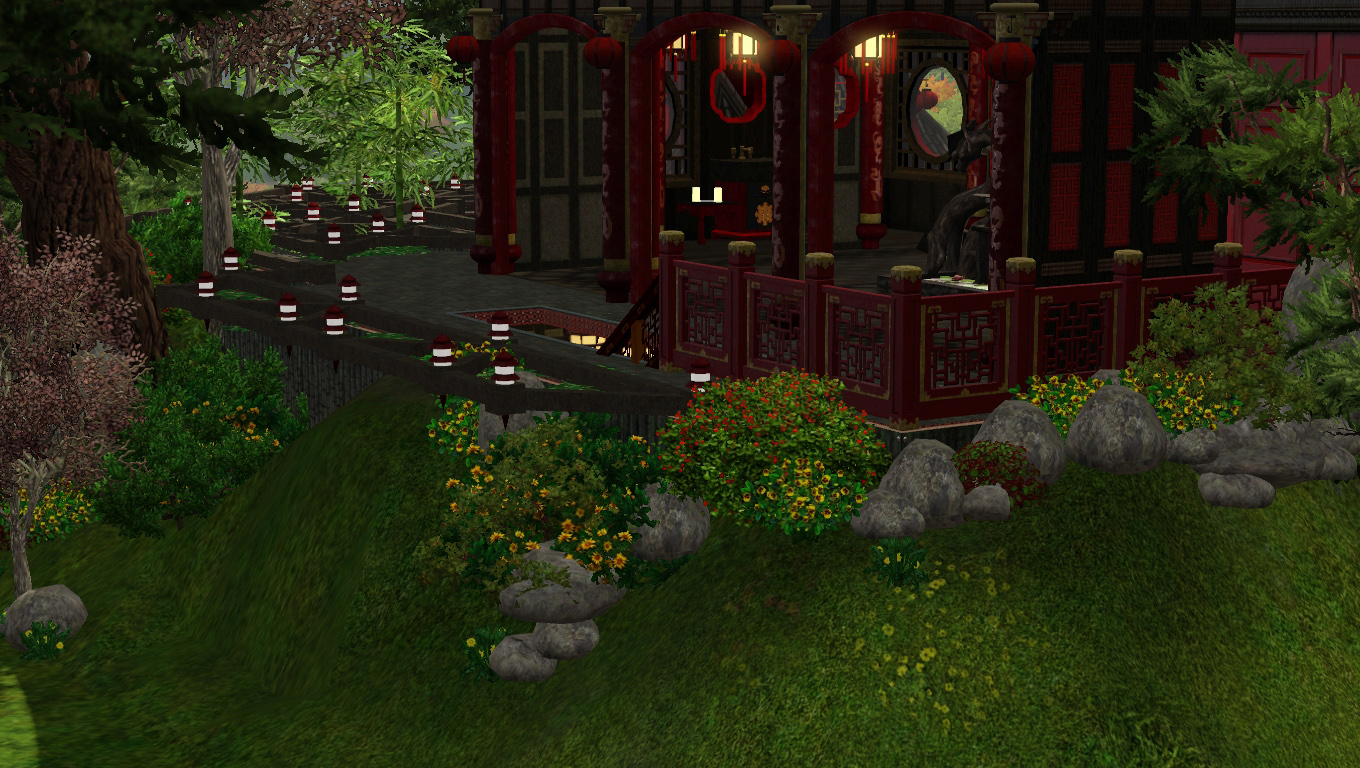 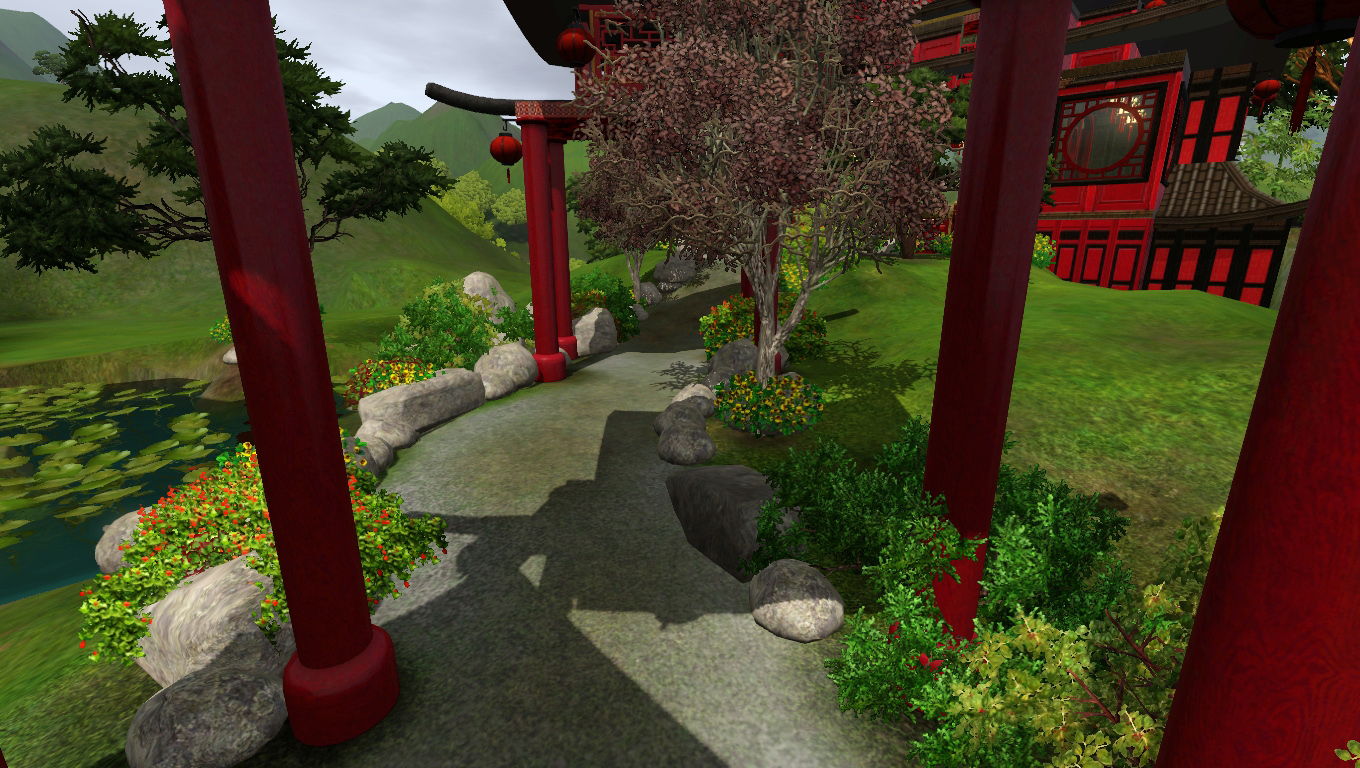 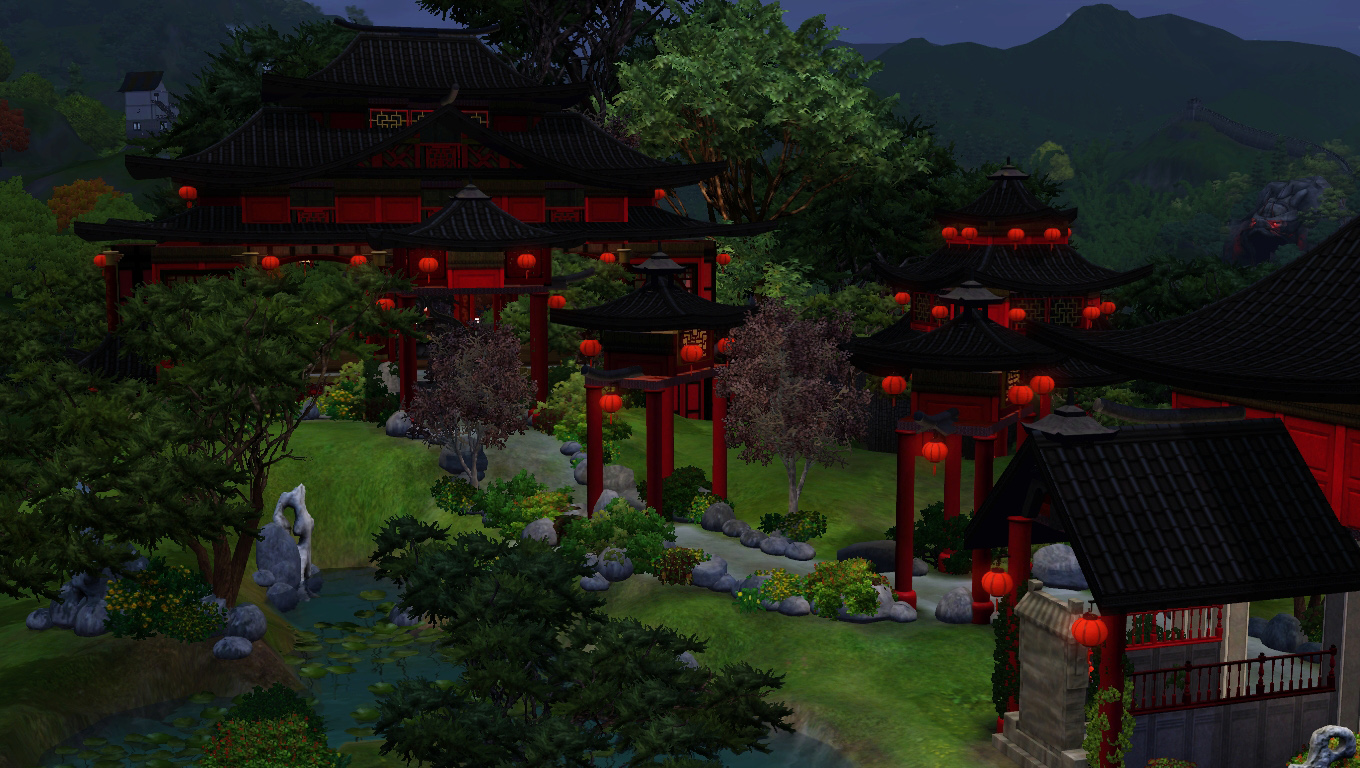 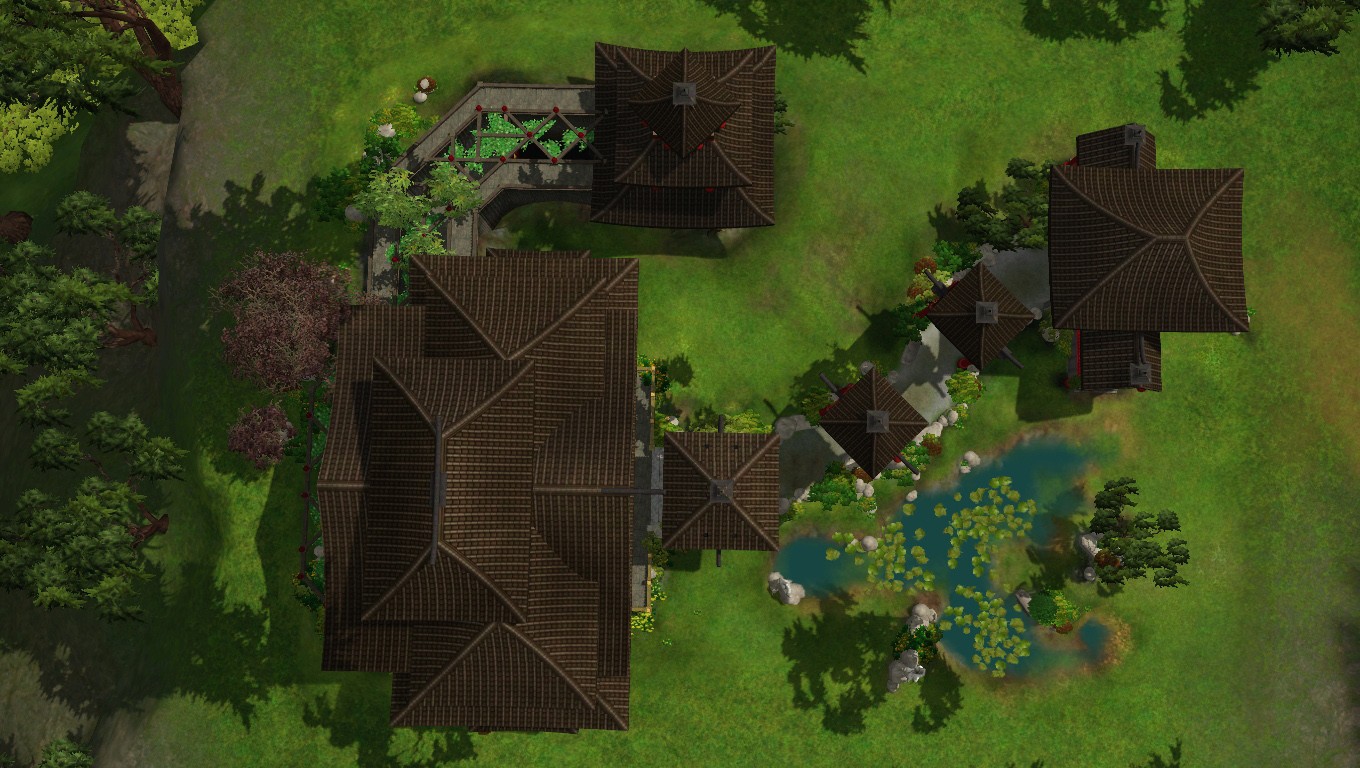 The lot is set to "visitors allowed" so the choice of club type is up to you. 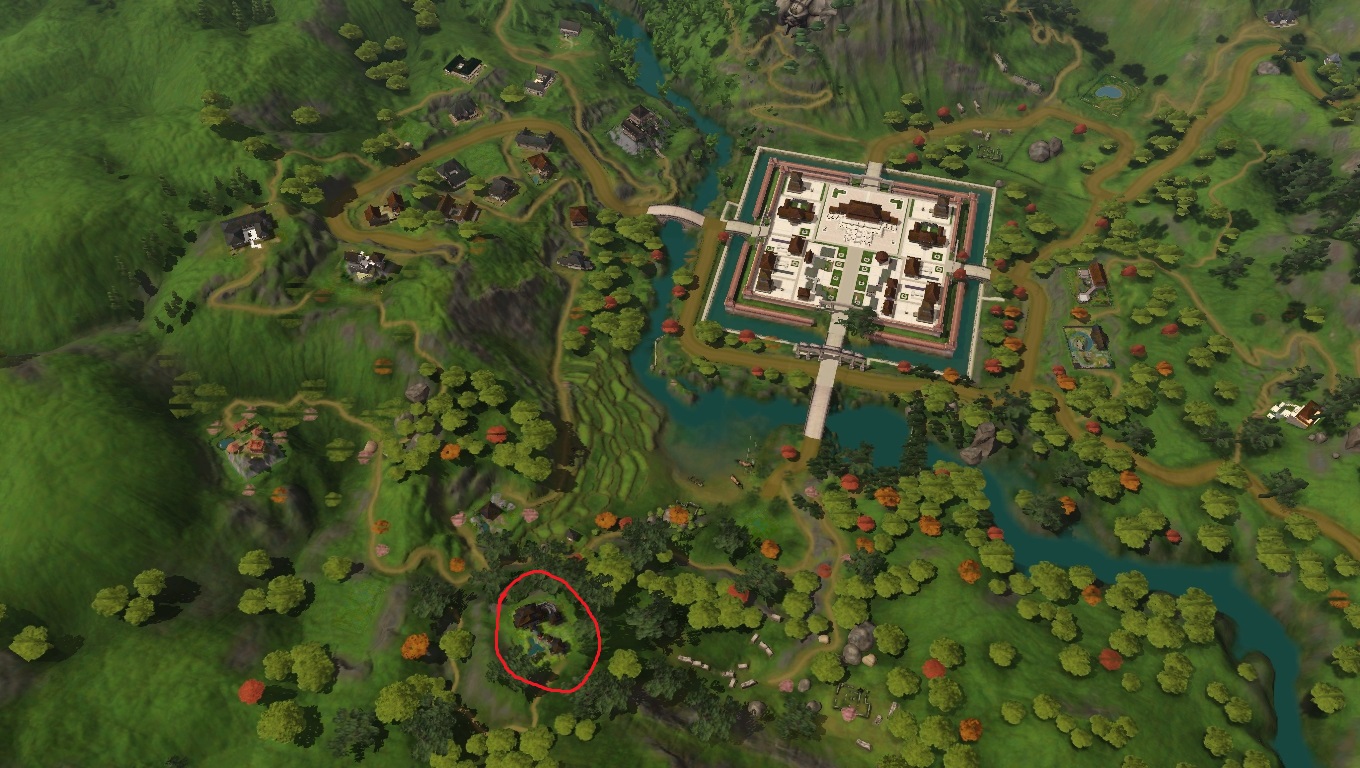 You will need these expansion packs to play the lot: World adventures, Late night, Ambitions and Showtime.
(I have all expansion packs so it can happen that I accidently used a pattern or something from another pack but it shouldnt be anything important)

This lot is completely CC free

Additional credits
I would like to send my thanks to all the amazing people who helped me in the Creator Feedback Forum - I would be completely lost without you guys. Simsgal2227, Tigerdyhr, LLTY90, Flammen, Myshia, Tsyokawe, Tizerist, SimmyRN, SimsMatthew, BloodyScholastic and fairycake89 - THANK YOU VERY MUCH.

I also want to thank Ziggy from TSR for her beautiful chinese paintings which I used to create in-game photos.

Pepoluan found out that the sims3pack had a corrupted file inside: " 'viral' CC (i.e., Bad CC) called "ArezzoBathroomCounterRight" that somehow -- like a virus -- attaches itself to *all* exported .sims3pack files; sims, lots, objects, anything. "

Built with Game Version: 1.67.2
Key: - File was updated after upload was posted
Need help with downloading or installing content? Click this link!
Don't forget to Thank the creator after downloading! Use the Thanks button located above the screenshots above.
Quick Guide:

If you need more info, see Game Help:Installing TS3 Packswiki for a full, detailed step-by-step guide!
Back to download view
29 Comments / Replies (Who?) - 6 Feedback Posts, 22 Thanks Posts
Hide Thanks Posts for this thread (Show only feedback)
Page 2 of 2
cjen06
Test Subject
THANKS POST
#26

It is remarkable, very realistic.... truly a masterpiece
Rancidarse
Test Subject
THANKS POST

Wow, this is superb! Incredible work, I love all the details you put into this lot.
NanaWildflowers1
Test Subject
THANKS POST
#30

This lot is amazing. Thank you for sharing it.
I love the underground rooms for the parties. Creative.