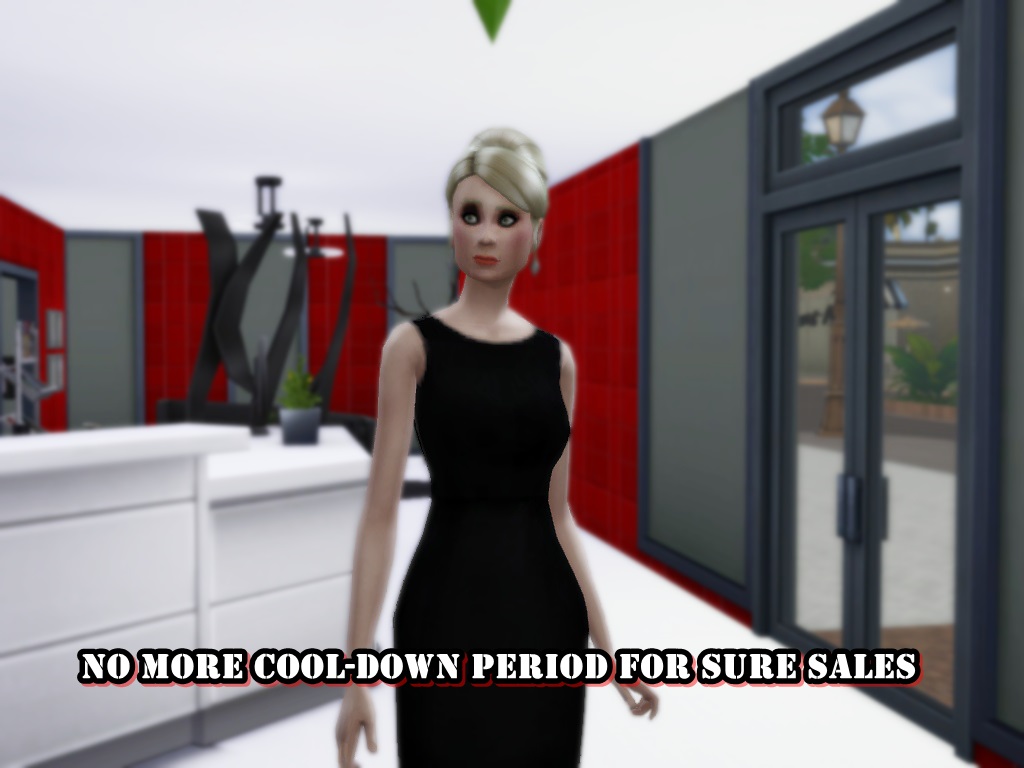 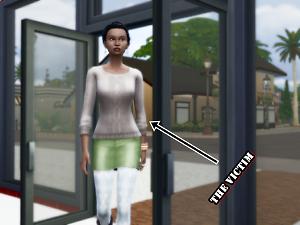 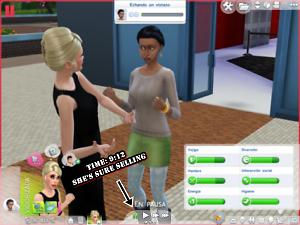 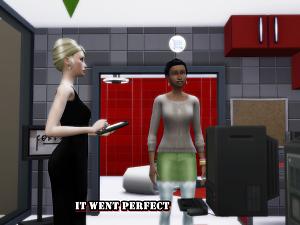 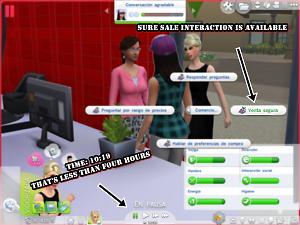 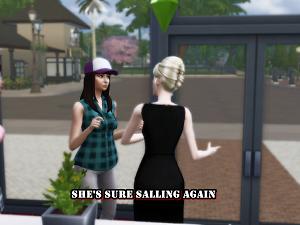 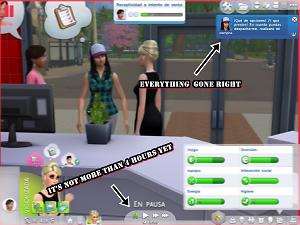 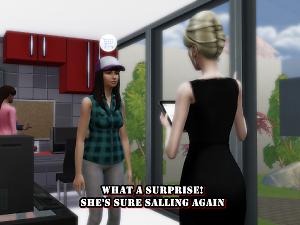 After checking Carl's Retail Reloaded mod I discovered one of his resources override the same interaction my mod modifies. If you want to use both together, you will need to create an overrides folder and install my mod in it. My mod already includes the changes made by Carl.

When I realized about the business in Get To Work I got really happy, I mean, it was something that I wanted to have on Sims 3. Then, when I bought and downloaded the expansion pack, the first thing I aimed to test was businness obviously, I started with a female sim, built her her big electronics emporium and I opened as soon as I could.

After one week, the hard part came: THE HIGH BILLS!, for me that I am that kind of gamer who doesn't use tricks, it would be really hard to move on this situation, on that moment, I remembered something.. The retail perks!. Quickly, I started for some one that could help me to improve my sells and well, I found that one... The sure sale perk, but it was very expensive so I started to work pretty hard in order to collect the necessary points to buy that retail perk and when I got them I realized something: SURE SALES HAVE A COOL-DOWN PERIOD, a very long period. I was kind of amazed and annoyed ( true story xD ) and I decided to create this mod.

How does this mod work?

Simple, the thing that blocks the interaction is a buff, a buff called "Retail SureSale Cooldown" and it's invisible, so we don't have any way to eliminate it in game. What my mod does is to decrease the period of time that this buff lasts.

Which one do I have to install?

Just one, there are four flavors. You can pick up one between those four. The first one creates a cool-down period of 1 hour, the second, one of 2 hours, the third one, one of 3 hours and the last one takes the cool-down period out of the road for being crashed by a crazy pig. ^^

Madame Butterfly for explaining me a little bit about the XML naming issue.
Fogity for uploading the tuning files.
Scumbumbo and JustAnotherSimsFan for helping me to get this thing. ^^
Archive: Marquillo_SureSalePeriod_177.zip
File: Marquillo_1Hours_Delay.package