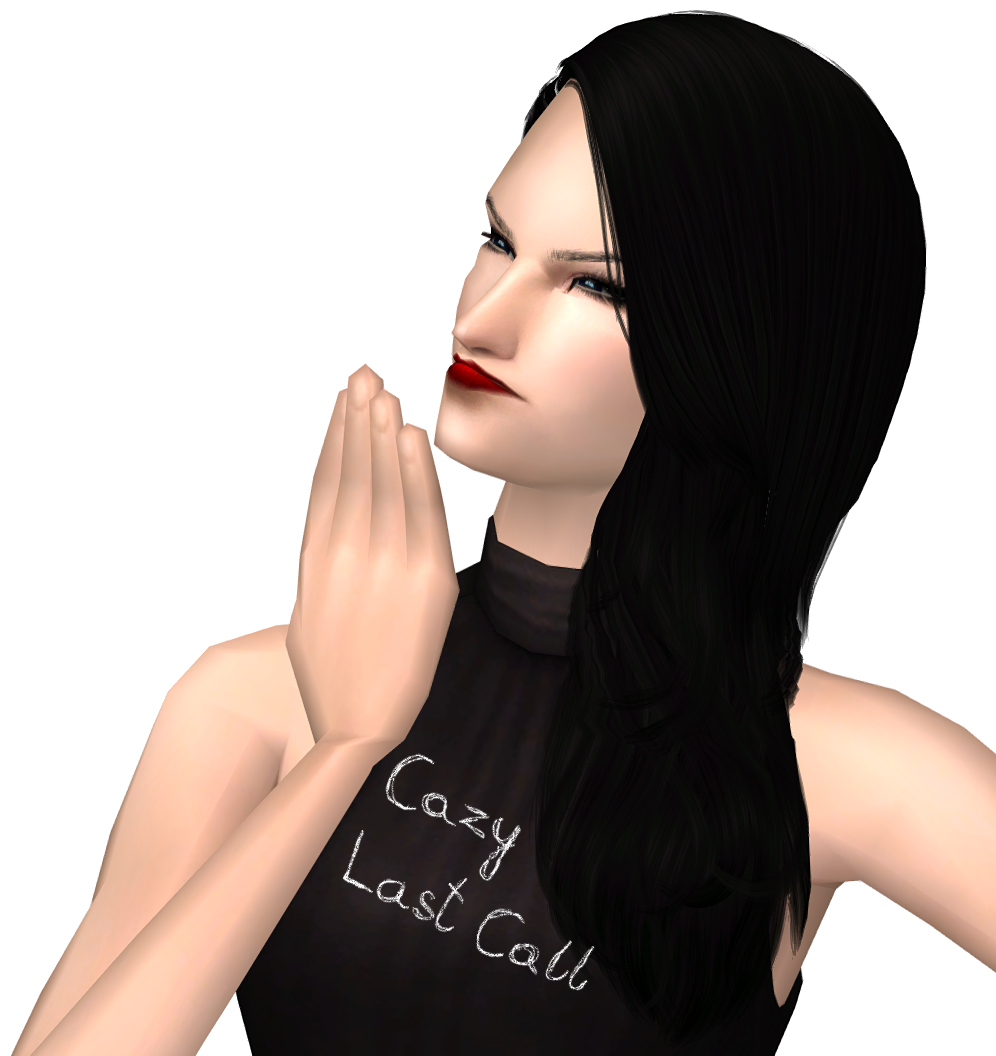 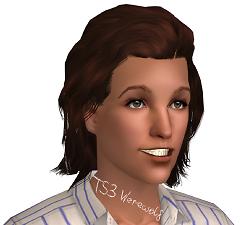 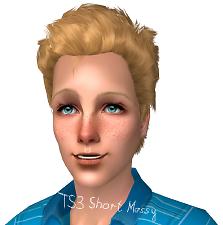 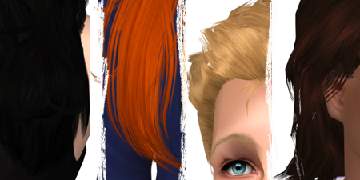 If you decided to enter here because of the word alternative and you thought “Yay finally someone made new textures!”, I’ll disappoint you – I’m in the crowd using very well done Remi’s textures, as they look good in the game in my opinion

I didn’t actually plan to do retextures at all, I just wanted to play the game and downloaded some Maxis Match hairs to have more choice for my sims. So how did it happen? Well, as I like Remi’s textures, I’ve never really liked the blonde hue she used, it seemed way too yellow for me, and a bit too light. I decided to do recolours, and one of the hairs I recoloured had the wavy version of her texture. I liked it so I did an experiment and put it on another hairstyle, it turned out to look good so I kept going. I was going to do blonde only as it annoyed me the most, but I wasn’t a fan of the too grey black either, and at some point I realised what felt slightly ‘wrong’ to me in those retextures I downloaded – shading! Or more accurately the lack of thereof, so the hairs looked a bit flat. Even Maxis hairs have shading, so I decided that mine having some won’t be bad, and will still count as Maxis Match, especially given that I don’t like when hair is too shiny so my shading is subtle.
That’s not the end of my retexture adventure though – after making quite a large amount of them, I decided to finally get rid of the blurriness in Bodyshop (it doesn’t understand my graphic card), and then I found out that not only was it blurry, but also reduced texture size while exporting, which meant I had to do all my retextures again from scratch... I was really annoyed, but actually it’s good it happened – while doing those retextures again (I haven’t finished yet), I use the original Remi texture from her tumblr instead of an exported one from a hairstyle retextured by someone else, my shading is much better than it was when I did them for the first time, and the red hue I decided on is more natural and nicer to look at than my previous one. I’d say that my retextures are something in between the traditional Remi and Pooklet versions – they have more noticeable shading, but they still match Maxis hair.
I’m a bit too chatty aren’t I (now when my English isn’t disastrous any more [please don’t read my old posts

] I’m more likely to say something, and sometimes I talk too much), so now I’ll provide some actual information:
Note: I said that I don’t like when black is too grey, so mine is much darker than you can normally see for retextures, but it’s not pure black covering the whole alpha making all the details invisible – as you can see in the pictures, the texture is perfectly visible when you look at my black hair. Also, the male hair meshes look a bit odd when you look at the back, but that’s the TS3 conversion fault, I’ve seen it on other converted hairs too, and I don’t have any influence on that as I only retextured them, without editing the meshes.

I’ve made quite a lot of retextures, so I’ll be uploading them in groups of four. I have more female than male hairs, but until I run out I’ll include something for both genders in each upload. This time the hairs are:All hairs are available for all ages, genders are as shown in pictures.