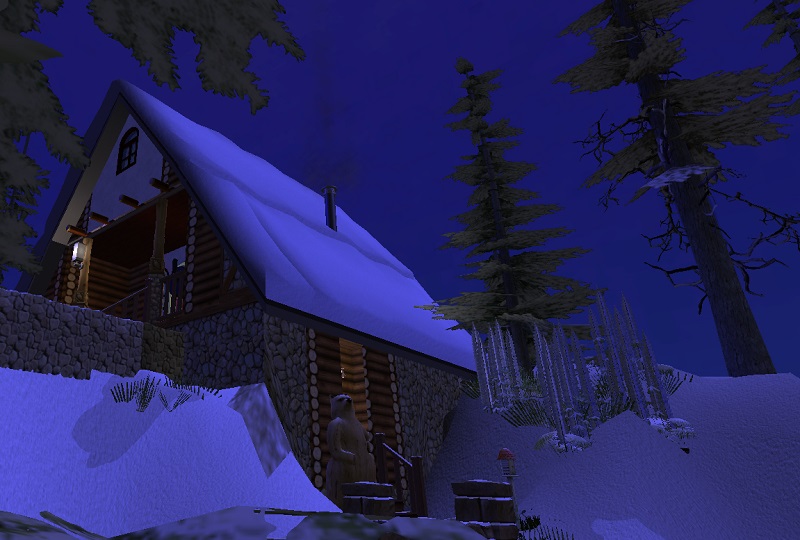 It isn't spacious, but it is well lived-in and well-loved. 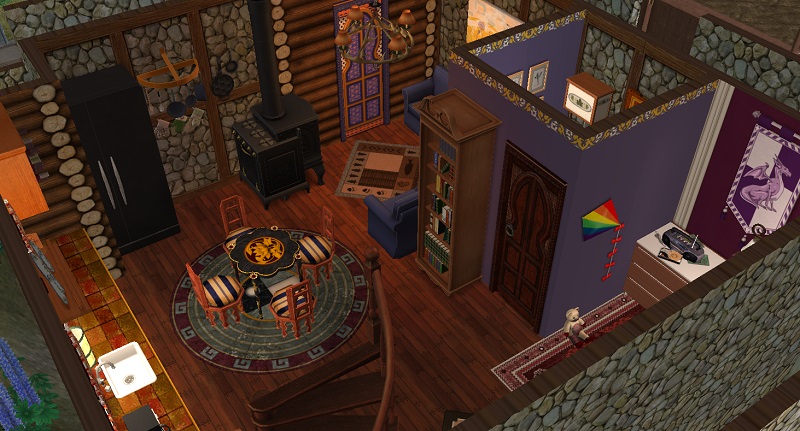 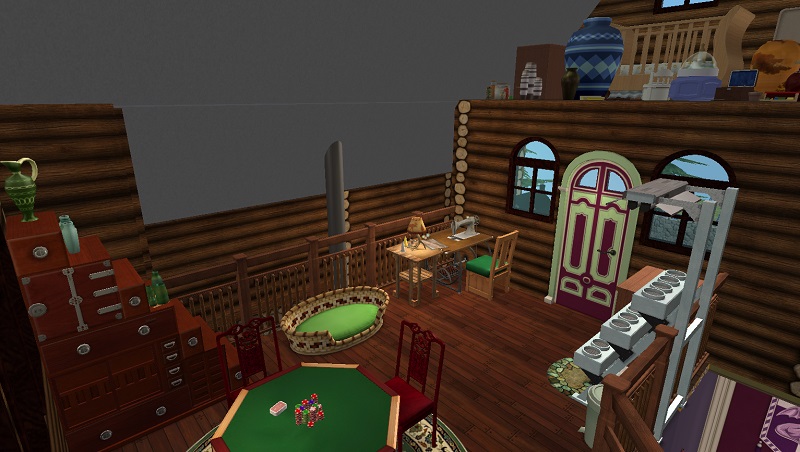 It's furnished for three sims and two dogs, but there's only one bedroom, the kid is just in a nook off the main area one-room-cabin style. 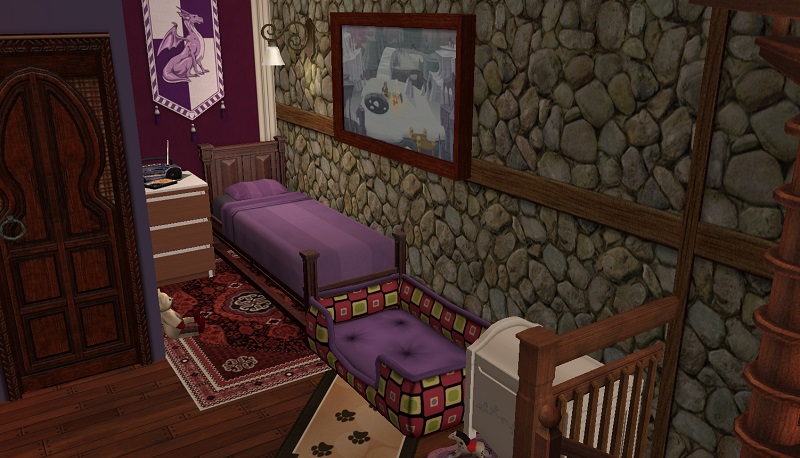 and yet her parents found room for a sauna downstairs...

Constrainfloorelevation false was used for the fancy basement-and-a-half "foundation"
(their isn't actually any foundation, they're normal walls, and there's gaps in two places so that the interior walls won't drop incorrectly when playing on the bottom floors)

Moveobjects was used a ton and a few things aren't snapped to grid, but the furniture is usable. Yes, even the two dressers layered together and the oven/fireplace combo.
(the attic space and everything in it is just for decoration, and it isn't weatherproof)

Recommended Mod
Rugs - zMOG!! Off Grid!! by HugeLunatic http://modthesims.info/d/399650/rugs-zmog-off-grid.html
you don't need it, but it's awesome, and if you don't have it some of the rugs will look funky until you pick them up and put them on grid

Back to download view
1 Comments / Replies (Who?) - 1 Thanks Posts
Hide Thanks Posts for this thread (Show only feedback)
Jonipoon
Lab Assistant
THANKS POST

This is very lovely and charming!