I lead a rather boring life. I'm married to a wonderful woman named Dee and we live in a small town in Southern Ontario, Canada. We have a 24 year old daughter named Kari who lives in Pennsylvania with her husband named Ray and their 2 cats named Mr. Hobbs and Hobbs. We are allowed to live here with our 8 cats as this is actually their house. :) I love all things Sims. I like Bewitched and Harry Potter also. People may be surprised to know that I am also a born again Christian and an ordained minister. Being a Christian minister and liking Harry Potter and Bewitched raises some eyebrows but you have to look at it in the context of the battle between good and evil. Respect me in that and don't chastise or judge me and we'll get along just fine. :)

I started playing Sims 1 ages ago thanks to my daughter and immediately got hooked. Sims 2 followed when the computer died and I had no choice but to give Sims 2 a whirl after I bought a new machine. My first experiences were rather bumpy and I hated it but I think I'm now getting the hang of things.

With regards to my creations I could beg, plead, or threaten until I was blue in the face about not doing this or that with them but ultimately I have no real control. You may use my sims in screenshots without asking me permission, just pop me a link or something so I can see what they're up to in their alternate lives. Please don't claim them as your own work because I put a lot of thought into creating my sims. Personally, if someone says not to use their work elsewhere without their permission, I don't. Simple as that. Thats why its called the honour system. We should all respect each other and abide by that. Enough said.

Simaboder has 15 downloads in the following areas of our download section: 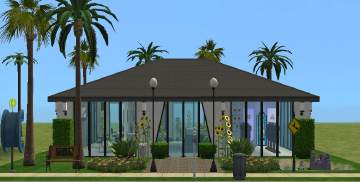 Curl Up and Dye Salon 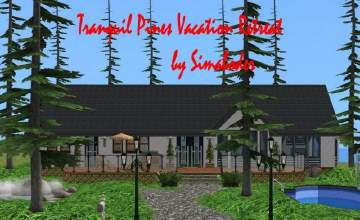 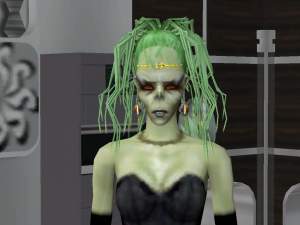 Her Royal Highness Queen Ardren of... 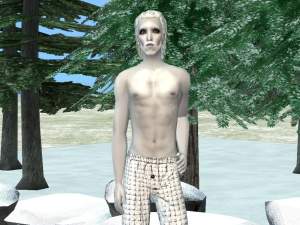 Glace - The Guardian Of The Frost 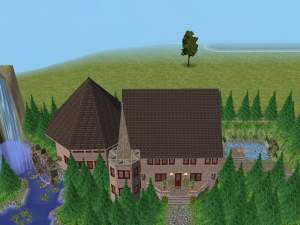 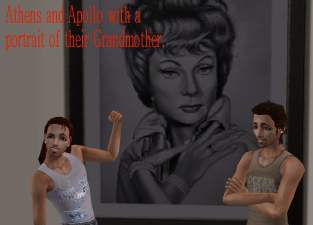 Athens and Apollo Reid, Jon and... 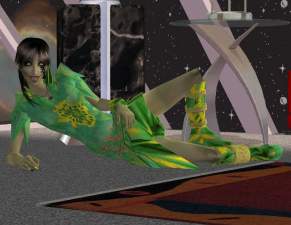 Simaboder is a member of the following groups:

Be the type of Christian that when your feet hit the floor in the morning, the devil says: "Oh no! They're up!"

"You call me a Jesus Freak like it's a bad thing!"