GloamingMerle, this is great information! I'm about to make it more complicated though. I noticed that Bridgeport actually has the five colour ramps too:

These are of the same type, group and instance as the five ramps in Tamlo's medieval files. I initially found the first one, S3_00B2D882_0076A684_7529C26EE8E2A9E6%%+_IMG.dds, because I was deleting resources until I found the one which made the water murky. Of course, what that tells us is that S3_00B2D882_0076A684_7529C26EE8E2A9E6%%+_IMG.dds is probably the ramp for 'normal' weather, meaning the default sky parameter used by CAW. So, if you just delete that one from your Bridgeport then you will have clear water for a while, but when the weather changes you might have the murk again!

I also noticed on one of Tamlo's medieval files that there are some figures at the bottom, which show which part of the ramps are used for which time of day. 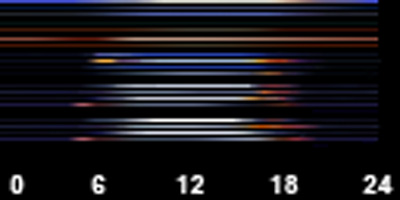 So that combined with what you found out about which part of the ramp does what could help us to get the sky we want.