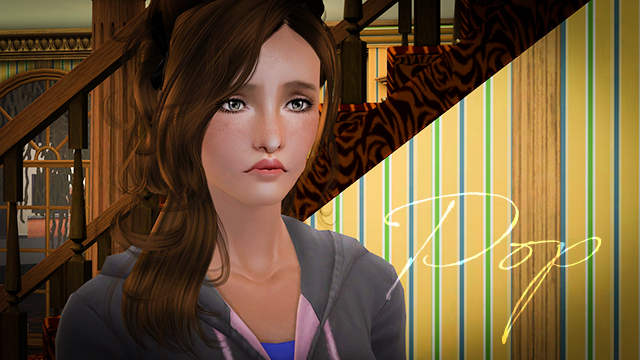 It's been a quiet week since the investigation opened up about the murder. John Doe. His name was John Doe. That's it. No witnesses, no evidence. Nothing. Everything was cleaned up without a single speck to be admired. It seems surreal. Death in the little quiet town I have moved into. I should be scared. I mean, I man died blocks from where my family and I live. Yet, there is this part of me that leaves me feeling like I can handle it. Crazy, I know, and that is what scares me more: that the fact that it does little to bother me is what scares me most.

I am pondering the events like I have for the last how many days, considering the hot liquid in my coffee cup when the doorbell rings. I get up and greet the person on the other side of the door. 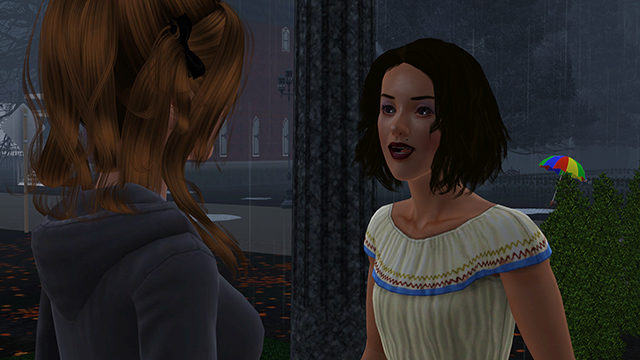 I haven't gotten the door open much more than a hand when the voice arrives.

"Chasity, I didn't expect you to be home." Opening the door all the way reveals a woman with sharp features, shaggy hair and eyes that could drive knives into my heart thousands of times if she struggled to keep her hatred for me hidden behind a facade.

"Gretchen," I say, keeping the door handle in my hand. She's Kameron's first wife and the one I could be seen as taking Kameron away from. It's not completely untrue. In a time when I felt lonely and he was the only person who made me feel like something of worth...

I shake my head from the thought. "What are you doing here?" 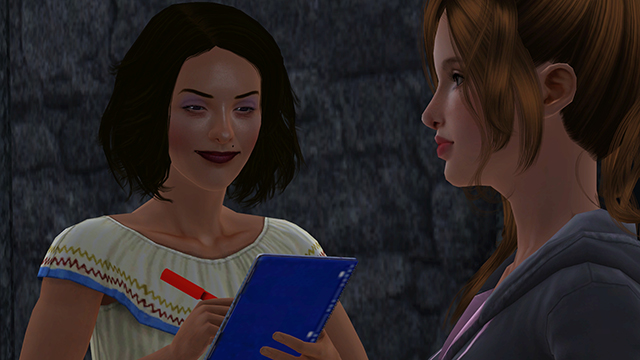 "Ah, right to the point I see," she says. As she brings up the portfolio in her hand, she adds, "Glad things haven't changed."

It's a dig at me, obviously, but what is also obvious is her desperate want for me to react. It takes a lot, but I don't.

"I was just bringing over Kameron's papers for the divorce to be final. Is he around?"

"You know he's at work, Gretchen," I say. "Besides, doesn't that usually go through the lawyers?"

She smiles, albeit a little too dramatically and then notices my belly. "Of course, I forgot you were pregnant. You look like you're about ready to pop."

Gretchen takes a deep breath and says, "Look, I know there was a lot of tension between you and me, I mean, you did steal my husband, but I have done a lot of soul searching over the past year and I've finally come to the realization that you are hardly to blame. Kameron and I were rocky far before you showing up and I guess when he went looking for something I couldn't give him, I blamed you for giving it to him." Tears begin to pool in her eyes and as much as I want to push her out the door, close it on her face and tell her I can see through the game she's playing, I can't help myself.

"Would you like to come in for a cup of coffee?" 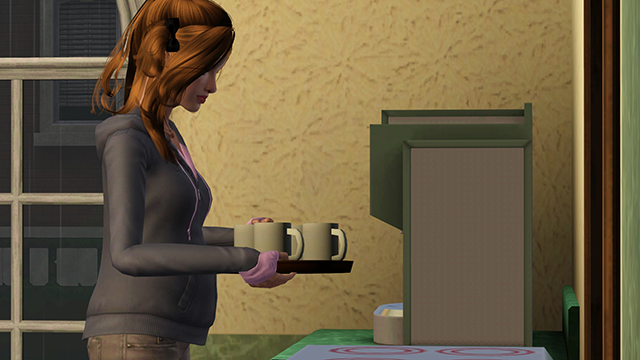 She agrees and I lead her inside and close the door behind her. Even as I grab a tray with coffee cups, I wonder what I am doing. It could be my guilt coming through. Heck, it could be a whole number of things, my emotions have been rather high as my pregnancy moves forward day after day.

I return to the dining room where Gretchen is sitting, waiting for me.

"I'm sorry for springing this on you. I really was expecting Kameron to be home."

I nod again and then take a sip of my coffee.

We sit in silence, drinking our coffees, listening only to the ever-present sounds traffic and the low buzz of the refrigerator. 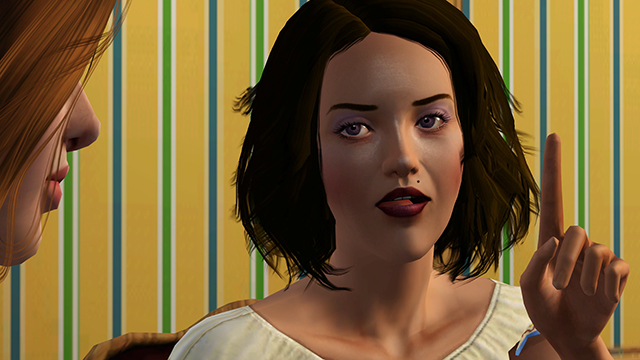 "I used to be just like you, you know. A baby inside me kicking, me waiting for Kameron to get home to ask him how his day was while I had dinner ready."

I squint my eyes, but I don't dare make contact with hers. "We're nothing alike."

"He used to be on time every night, like clockwork. You've got to admit, being a firefighter and being home like that"--she snaps her fingers--"was pretty impressive. And now that he's a teacher..." 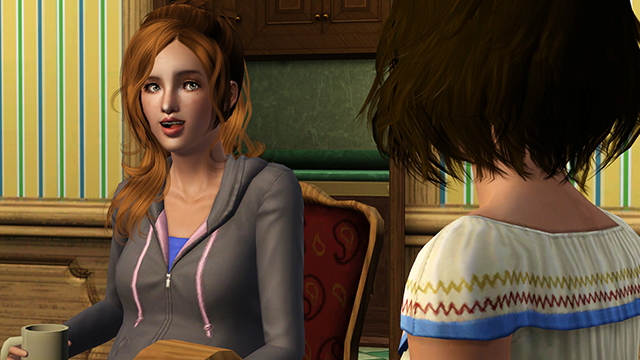 "He's still on time," I tell her and take another sip from my cup.

"But I knew when he started seeing you. Every night, every night, call, call, call. He's got to work overtime, he's going to be late again, something came up, went for drinks with the boys. But I stuck by him." She makes a humoured expression and then shakes her head. "And when I met you, introduced that you were some secretary, I knew it was all downhill from there."

I stay quiet, looking at the liquid again in my cup.

"I feel like a complete idiot, to keep being at his side, pretending that everything is going to be all right when I know it never is going to be. I'm just waiting for the pin to finally drop and I have the excuse to leave. Maybe I took death do us part a little too firmly."

"Maybe," I mutter more under my breath than anything.

"But you shattered that the night I come home from a work trip two days early, didn't you? I'll never forgive that jerk for allowing your disgusting body into our bed--"

"And you're a w****," she says as she gets up from her seat. She drains what's left of her cup and taps the surface of the folder still on the table. "Make sure he signs it and mails it back in the next week. I'd hate to come by again." 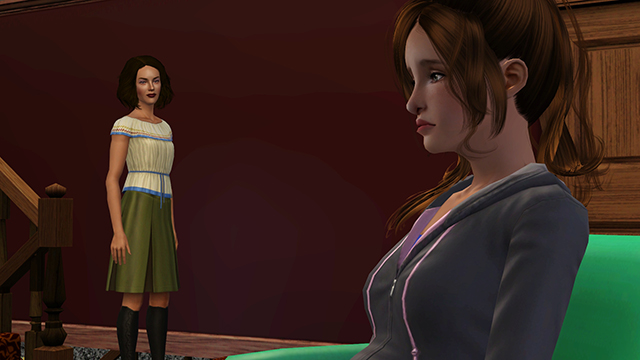 "Would you?" I say out of spite as she slips her purse over her shoulder and starts for the door.

She turns and looks back at me. "You know, Chasity, it doesn't matter how many babies you pop out, that's not going to concrete anything between you and him. Trust me, I know. One piece of advice, though: careful who you screw around with--karma has a funny way of getting back to you."

She leaves, closing the door behind her and it's almost as if on cue, the sharp pain erupts and it's as if a large blowfish has puffed out, piercing the inside lining of my stomach. I cry out and through the window I see Gretchen glance back. I know she's heard me and even debates coming back in. Probably thinks I am angry about what she's said and I am lashing out. After a few moments, she doesn't hesitate any more and walks down the steps of the porch, her cell phone to her ear. 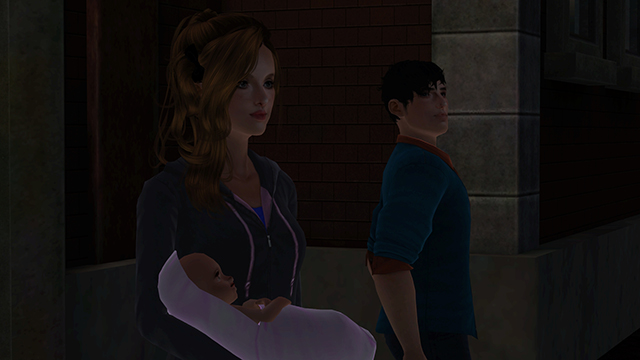