Hi there! You are currently browsing as a guest. Why not create an account? Then you get less ads, can thank creators, post feedback, keep a list of your favourites, and more!
Quick Reply Print version
Search this Thread
Replies: 216 (Who?), Viewed: 69046 times. | Locked by: HystericalParoxysm Reason: Closed for judging.
Page 7 of 9
Mia138

.I thought that the nice storey comment was for me

gabrielorie - They're correct now - some spots may be blank if that judge didn't comment on your particular entry - the other judge who left comments commented on every entry. There's less this round as, like I said somewhere upthread, I think the judges were getting a bit weary of typing out comments on all the entries - it was always optional for them to do them.
feldynn

Ahh the cooky Dr Who theme comments were meant for me

, the back story and sims pictured in my R3 lot were loosely based on older versions of the British Sci-Fi show / movies called "Dr Who".
kwuz

Marble Beach~
This house is a lot more moderny then houses I usually build. It was pretty fun to build, even though it was DANG small and fitting the stairs in was a bit of a challenge. But here it is! Enjoy!
Long ago, this beach used to be a pirate cove. Since then though, the cove has been blocked off by fallen rock and just a few sandy tidepools remain. While this may not seem like the ideal location for a house. Someone, for whatever reason, built a beautiful modern resort here. It's now up for sale, still fully furnished with the sculptures the previous owner created for any sim who has enough money and doesn't mind being surrounded by pools of sharks all the time.
This house has one bedroom and one bathroom.
Front View: What time does this end? I might need a little extension

I now second your request for a slight extension. It is currently 10:30 pm and I have to go to bed soon ready for work at 8:30 tomorrow morning! My house is nearly finished but I still have three rooms to furnish! I don't finish work tomorrow until 6 pm.

I don't want to miss out submitting my entry but I also don't want to be unfair on the other contestants who have successfully met the deadline. :S
My deviantART, MTS Yearbook Origin ID = Alistu
HystericalParoxysm

I'm fine with extending it - this deadline comes at kind of a difficult time - I'm trying to write an obituary for my uncle and put together other stuff for his memorial, from an ocean away. It's kind of sucking the fun out of spreadsheets.
LadyAwesome

Awwwwww ... Not that I see how speadsheats could be fun.....

Im just going to have mine on in time lol.... Its shit but it will be there hahaha
Official Foundation Challange Contestant. R1-R2-R3-R4

The house of family Beriksson

The Berikssons like the traditional Swedish architecture with lots of red and white wood, because it reminds them of their original home. When they moved to Riverview a few years ago, they didn't have much money and could only afford to build a small house.
But the beautiful garden made up for it.
The Berikssons live solely on their own produce from their garden - and the occasional fish. Finn, the head of the young family, comes from a family that has been in the fishing business for decades. He knows just about anything there is to know about fishing. He also loves his aquarium, in which he puts his most precious catches. His wife Anne is a devoted gardener and cook. Together, they care for their little twins, Erik and Marja, the best way they can.
Finn and Anne know that soon, they will have to think about an annex so that the twins could have their own rooms, but for now, the top floor has to be a shared bedroom.

the front of the house

half floor in between, for the stairs and used to display decorations, mainly things they brought with them from their honeymoon

the top floor, bedroom for the whole family

the roof and garden area

view from the staircase down to the living room

a nice view on the relics brought from their honeymoon

the seating area with Finn's aquarium

the beautiful garden area with a koi pond - Finn bred them from only a couple of kois he brought back from the honeymoon!

I love your house, Simlicious. Id never have thought to use the half-floor as a kind of 'big shelf' like you have but it looks brilliant and I'm certainly gonna be using that idea myself in future builds. Conrats and Good Luck!
LifesLover

What an adorable house, Simlicious! I love the shelf idea, and the fact that you have their room in the room created by the roof. I just have one question, how did you get windows into the walls made by the roof? I've never been able to do it.
The Foundational Building Social Group
[you say you believe me but you don't deceive me]
NickelNicole12

Good luck on your obituary
BGatot

Lovely house indeed, Simlicious! Like the shelves in the 'half room' above too. What an excellent idea! Excellent color combinations inside and out. And what a complicated stairs! Love the attic too. I think you're another example of someone who has improved so much since your first house!

After the war, sims had trouble finding homes because they were destroyed and taken over by others. They couldn't return and gather what was left either, but lucky for the Baker family, they found their new home. It was an old apartment that wasn't destroyed that bad but the Baker's rummaged for items to make it look better. Lucky for them, Heathcliff, the husband, is a carpenter. They fixed up most of the rooms but while on the look out for useful items, they had found a toddler named Topher just wandering the streets and decided to take care of him. There is much yard work still needed to be done. Here is their home after being fixed up.

Front. The front door was severely damaged so they created a side door and used it instead.

Has an extension been decided yet?
The Foundational Building Social Group
[you say you believe me but you don't deceive me]
LadyAwesome

I was thinking the same thing. I am trying to get the pics and mucking them up. and the gnomes keep running everywere lol. Respawning butterflies arnt fun either
Official Foundation Challange Contestant. R1-R2-R3-R4

Yeah, I'm working on the last details of the landscaping before I take pics and I'm thinking it'll at least be another hour of work and it's already 2 in the morning where I am.
The Foundational Building Social Group
[you say you believe me but you don't deceive me]
LadyAwesome

Wow your keen lol Im just about ready to post mine up because I have had enough
Official Foundation Challange Contestant. R1-R2-R3-R4

Modern Mountain Getaway!
Hey, sorry I missed the last two rounds! I was camping the link at the top and never saw the next rounds. But here is my entry to round 4, enjoy.

Are you a loner in search of that perfect getaway in the mountains? Or a party animal who wants that perfect hosting house? Then I have the perfect house for you!

On the outside, this house looks traditional but the inside has been completely renovated to have a clean, modern feel.
The front yard is elaborately decorated with flowers and plants for a natural look. Also on the inside, you will find an assortment of plants.

In the backyard, there is a pool with a couple of lounge chairs to relax and enjoy the beautiful view of the ocean. A barbecue pit and a bar.

The downstairs half bath.

The living area with a study nook.

Dining area with a gorgeous view of the backyard.

The kitchen overlooking the light house.

Not sure if this has been extended or not but please don't close at the original time. It's taking me longer to do the pics than I thought but I'm almost done....can't promise to have them uploaded in the next 35 mins though, more like an hour

Faetopia
Home to Azalea and sometimes Yetri (who often spends time in the trees). This home has been passed through generations until it caught up with Azalea.
They both love to work out and do not think washing dishes is beneath them. 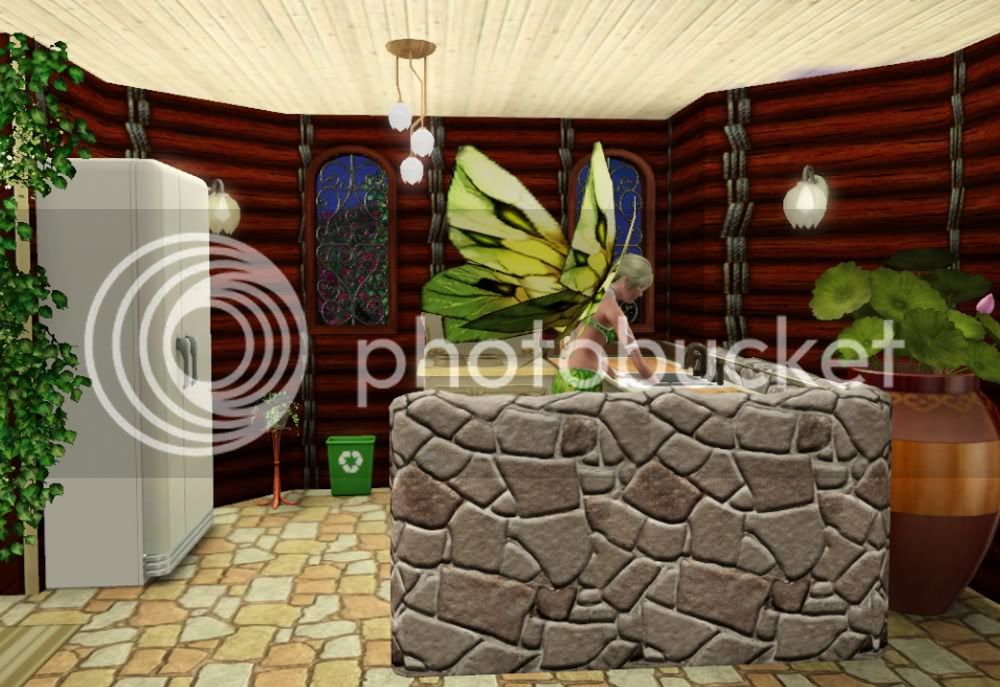 I'm exhausted, but I've worked too hard on this house to just not even be able to post it. I'm almost done, just have to finish decorating the non-existent living room.
The Foundational Building Social Group
[you say you believe me but you don't deceive me]
HystericalParoxysm

Let's just call it an extra 24 hours. Give ya'll time to finish and polish things up nice and pretty.
my simblr (sometimes nsfw)