Hi there! You are currently browsing as a guest. Why not create an account? Then you get less ads, can thank creators, post feedback, keep a list of your favourites, and more!
Quick Reply Print version
Search this Thread
Replies: 161 (Who?), Viewed: 89819 times.
Page 1 of 7
simsample 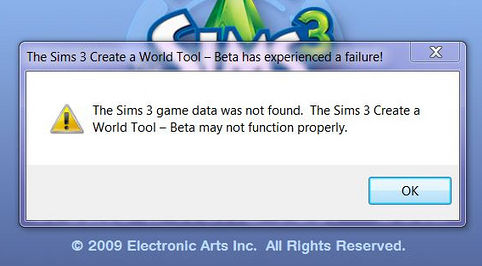 I am fully expecting that they will release an update of CAW for Pets, so if you install Pets be sure to backup your CAW projects!
I will choose a path that's clear- I will choose free will
-RUSH- -RADIO- -RADIO- -EON- -ARCHIVES-
Simpeople and Me Archive- -11Dots Archive- My Sims World Archive
Angel Classic Rock Mix!

horsinround1974, yes- CAW was updated for Pets pretty quickly. It even seemed to work for those without Pets (basegame 1.26) so hopefully you won't have any problems!
I will choose a path that's clear- I will choose free will
-RUSH- -RADIO- -RADIO- -EON- -ARCHIVES-
Simpeople and Me Archive- -11Dots Archive- My Sims World Archive
Angel Classic Rock Mix!

MintyZoi, I updated the first post- the current version is 1.13.3, the link is the same though (as EA always upload the current file to the same location).
I will choose a path that's clear- I will choose free will
-RUSH- -RADIO- -RADIO- -EON- -ARCHIVES-
Simpeople and Me Archive- -11Dots Archive- My Sims World Archive
Angel Classic Rock Mix!

Shelley, if you have Pets then you should use the latest version of CAW, which you can download here:
http://llnw.thesims3.com/content/gl...w/worldtool.exe
I will choose a path that's clear- I will choose free will
-RUSH- -RADIO- -RADIO- -EON- -ARCHIVES-
Simpeople and Me Archive- -11Dots Archive- My Sims World Archive
Angel Classic Rock Mix!

What game version is your game? I need to know the version of all EPs and basegame.
http://simswiki.info/wiki.php?title...ind_Gameversion
I will choose a path that's clear- I will choose free will
-RUSH- -RADIO- -RADIO- -EON- -ARCHIVES-
Simpeople and Me Archive- -11Dots Archive- My Sims World Archive
Angel Classic Rock Mix!

So to clarify, you need Ambitions patched to 4.10, Late Night patched to 6.5, and World Adventures patched to 2.17, as on the patch table I linked.
I will choose a path that's clear- I will choose free will
-RUSH- -RADIO- -RADIO- -EON- -ARCHIVES-
Simpeople and Me Archive- -11Dots Archive- My Sims World Archive
Angel Classic Rock Mix!

So what are your game versions now? And what is the gameversion of your CAW?
I will choose a path that's clear- I will choose free will
-RUSH- -RADIO- -RADIO- -EON- -ARCHIVES-
Simpeople and Me Archive- -11Dots Archive- My Sims World Archive
Angel Classic Rock Mix!

Try reinstalling CAW, as it helped for this person:
http://www.the-isz.com/nraas/index....-w-major-issue/
I will choose a path that's clear- I will choose free will
-RUSH- -RADIO- -RADIO- -EON- -ARCHIVES-
Simpeople and Me Archive- -11Dots Archive- My Sims World Archive
Angel Classic Rock Mix!

All large worlds make it crash? What are your system specs? A lot of people with lower end computers have been having crashing with CAW since Pets, it seems that the system requirements have increased significantly.
I will choose a path that's clear- I will choose free will
-RUSH- -RADIO- -RADIO- -EON- -ARCHIVES-
Simpeople and Me Archive- -11Dots Archive- My Sims World Archive
Angel Classic Rock Mix!