I hope my Sims can troll other Sims by answering all of their chain letters with "no comment".
SimGuruGraham

Hey folks - just dropping in really quickly. I didn't realize teen height was still being debated; thought it was fairly clear from the pictures and recent videos. Yes the teens are the same height as the adults. They have lighter frames than their adult counterparts, less curvy figures, and a bit more youthful pudge (not pudding

Trolling, huh? Sounds a lot like what E.A. Games is doing to us at the moment.
missgothika

Super MAXBACON to the rescue! 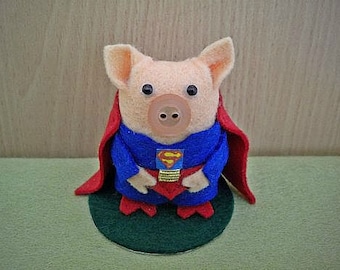 edit: due to recent events... i.. *facepalm*
applefeather2

*busy newsroom soundefexxzz*
SimmerNewsForAllSimmers: EA has accomplished what no other game company has to date. Some are mistakenly calling it a coup.
Never before have the mysterious qualities of the Sims, that which makes them tick, tactiley and evocatively, escaped Un-simmed before. However the free-roaming emotions they have, deeply evocative foundationally, are now freely circulating in the Simming community.
Joining said community will automatically ensure you receive your free-roaming emotion with "no comment" attached, but you can be sure you have it, because it is foundationally sound.
Yes, EA has stated categorically that it's out there. And what they say is what they foundationally do.
We of the SimmerNewsForAllSimmers see no reason to doubt them.
CooCooCoo

Let me know your list of dedicated 64-bit games currently on the market, or that you yourself own.

Bonus points if you can get that list over five.
missgothika

I have a question, though I don't think I will get an answer, in one of the early TS4 trailers the social bunny and tragic clown were featured as easter eggs and said to be making a return in the base game, is that still true?

EDIT* Funny? Its a sad sad world.
❤"Don't cry because its over, smile because it happened"❤"It's okay for you to disagree with me I can't force you to be right"❤"I don't care what anybody says, sleep is my BFF"❤
picasso.fr

Me watching the whole train wreck...

I think up to a year ago when it was gonna be online, there were probably only gonna be adults. They didn't have time in the year to make more than one set of new animations. Teens *could* get away with being adult height while kids could not. So the kids got the animation time.
"You can do refraction by raymarching through the depth buffer" (c. Reddeyfish 2017)
lakme
Forum Resident
#1314

Yeah, I know that in real life teenagers tend to reach their maximum height so they're not necessarily shorter than adults, but it's going to be hard to see those subtle differences in-game. It's like YA vs adult in Sims 3--you can see it when you zoom in close to the face, but how often do you do that in-game?
Original_Sim
Alchemist
#1315

Thanks, Graham, I already expected that.
Enjoji

Well, thank you for confirming that Graham-Crackers. But - and I might be alone in this - I do hope that since Teens are the same height as YA etc.., that you guys are planning on releasing some kind of a Pre-Teen age group, then - along with our dang Toddlers! - because to have kids age up and suddenly become Teens-At-Adult-Height is just plain strange....

I'm 17, and I've reached my adult height. But that's not the point - the children in Sims 4 look around 7/8, so for them to jump 9/10+ years in one birthday is frankly ridiculous. At least in TS3, the heights were a bit different.
lumialover8

But why, though? Even making them an inch shorter can help us differentiate between an adult and a teen. We already sometimes can't tell the difference between them in TS3, and teens in TS3 are shorter than adults.
gwynne

A final post on the 'where to get news?' question. I guess I wouldn't mind having to fall back to SimsVIP if they'd stop trying to sell me Steelseries merchandise.
samsam594
Lab Assistant
#1321

I'm sure we are trying to move past the whole toddler thing... but just one more thought. Why couldn't they shoe horn it into the base Game and then expand on it in an EP? I feel like that would be SOOOOOO much better than not having them in the base game at all, yeah it still isn't ideal, but I still think adding them later is going to cause more problems and probably not happen. If they were at least present in the base game, but with less interactions, I think I'd be less upset. Modders could maybe expand on them, or EA could add more through out other expansions.

But I don't know. We'd probably be all mad that they were so lame, but this alternative, of not having them at all really sucks.
Sims for for life! My opinion doesn't really matter but I like to share it anyways. :)
simblr
lewisb40

*looks at money and credit card, puts them back in pocket*
Resident member of The Receptacle Refugees
Let's help fund mammograms for everyone. If you want to help, Click To Give @ The Breast Cancer Site Your click is free. Thank you.
MCGONN

On the subject of "pre-teens", I really don't get what distinguishes pre-teens from children. Aren't they the same thing? Why is everyone so obsessed with them?
StopUsingMyUsername

That's not quite an accurate summary of the game - people actually want to see train wrecks.
iShiila

Aren't you still getting the game for a little one