Things I've Seen/Heard/Read About in The Sims 4: Game Packs

Do it like the Fallout community: there's an old game that was basically a "revamped" Fallout that tried to convert the series from an RPG to a cringy, edgy hack 'n' slash, and they just pretend that game never existed and call it "The Burned Game."

Batuu is "the Burned Pack."
coolspear1

I cannot imagine there is anything worthwhile or meaningful doing with Batuu regarding modding. It's a locked-in story quest and in-your-face-Star-Wars. No lots to edit, maybe the bar venue can have build mode activated with cheats, but then what? With so many reviews showing just how much of a repetitive, boring grind the fetch quest stuff is, I can see mods springing up any day now to make them easier, more credits, collect more goodies, hell, just straight up make the needed items buyable and cut out the middleman fetch quests. But all that will do is allow folks to finish the monotonous fetch grinding quicker, yet bringing them all the more sooner to the fact it is all something they're probably not likely to repeat again.

At least StrangerVille has a world, small though it is, to go do other normal stuff with, outside of never repeating the Motherplant story again.

Butuu does not even have that. What happens in Batuu, stays in Batuu. (Maybe convert the bar into a wedding venue so your sim can elope to go marry a twe'lek??? - as long as there's an Elvis dude to do the quick service...) Probably for the best it does not spill over when returning to normal life in sim world. Not least of all because the Star Wars stuff just does not fit in when back home, but that it will serve as a hideous reminder of the monotonous grind on Batuu - lest those mods come out to help speed that up. But mostly because you've got no choice in the matter. Your game, your, sorry, Maxis' way. No mods gonna make that more worthwhile, only a bit less painful, then done forevermore. (Ha! I'm waiting for the first pics to come in of sims still in alien costumes walking about Willow Creek. Bound to happen. Though probably a mod will come to fix that, so yay, there's another Batuu mod waiting to happen!)

On the bright side, it's only days now till Maxis reveal snippets of the upcoming EP. That wasn't at all planned to detract from the crappiness and bland aftertaste that Batuu will leave, no, no, no. Not planned at all.
"Become a government informer. Betray your family and friends. Fabulous prizes to be won!" Red Dwarf - Back to Reality.

I wonder what the sales are for this pack so far.

~ Just a click a day is nothing short of helpful! ~
daisylee

Odds are it will sell well as many like this theme. But I sure do not want it and many others too. But overall, I am sure it will sell.

And as said some folks buy just as want complete collections. Not me.
matrix54

I’m just waiting for a pack with normal, contemporary looking furniture (which the mobile game gets tons of) or architecture.

The Bauhaus set from the TS3 store was everything.
->> Check Out Checkout: Journey To Employee Of The Month! <<-

I just hope they keep the Star Wars JTB formula through upcoming packs...

Cause nobody will want to that touch again and more and more players will boycott the iteration. Dunno equivalent saying, but in my language it would be "patience isn't metal". People sooner and later will loose temper and leave the game altogether than EA can cry with their drench cash bills. The game WILL meet its demise.
P.S. Sorry for my bad english.
HarVee

Cash grab packs... One Journey to low quality coming right up.
My Soundcloud, where I upload some things I make.
Gargoyle Cat
Mad Poster
#3833

Quote:
Hey! No! Maxis is not worthy of having Elvis appear in their game. Elvis is cool, Maxis....not so much.

https://www.youtube.com/watch?v=YU2U3QAUGak
﻿~ You need StarWars TRADEMARK Journey to Baboo for My First Pet Stuff because your hamster can be a Jedi~
I stole this line from a YT video comment. Cheers to the person that said it.
Hamishmc
Instructor
#3834

Elvis for me is like Drew Carey. I don't want him in my game. I hate Elvis.
Volvenom

I love the Bauhaus set or loved. I used it a lot. They do have some modern windows, but it's more demanding to find a working layout.

I wonder how useful the swatches are. I read something from KateEmerald about suddenly using parts in a house. I didn't think it was her style. I have to see if she has posted it anywhere.
My youtube videos: http://www.youtube.com/user/TullaRask?feature=mhum
My blog: www.volvenomtullarask.com
Emmett Brown

Oh come on, You love playing the Sims 4 and just wish they wouldn't sell us adverting as a game pack. On the plus side, it was just $20 and you don't have to buy it.
Sims are better than us.
Hamishmc
Instructor
#3837 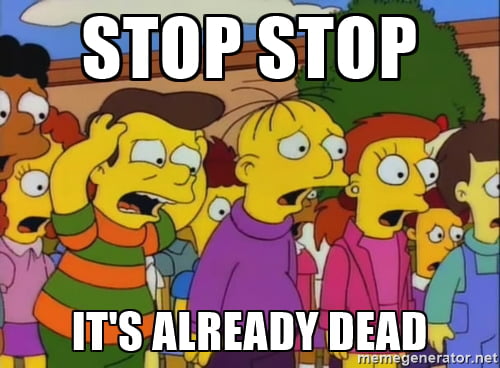 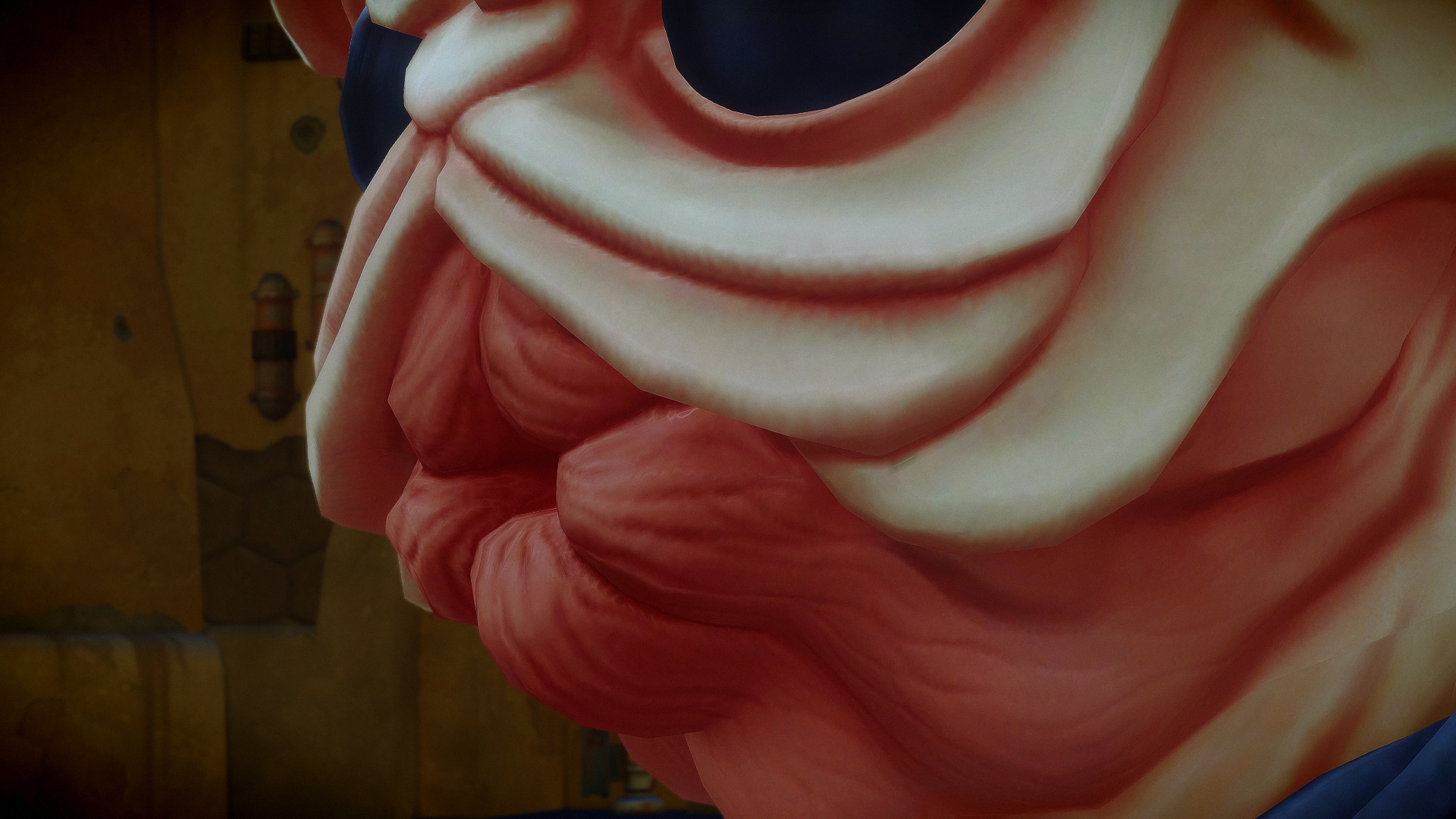 I recently made a mod that edits the loading screen with wallpapers, and I made a special one that reflects my feeling towards this entire pack in general: 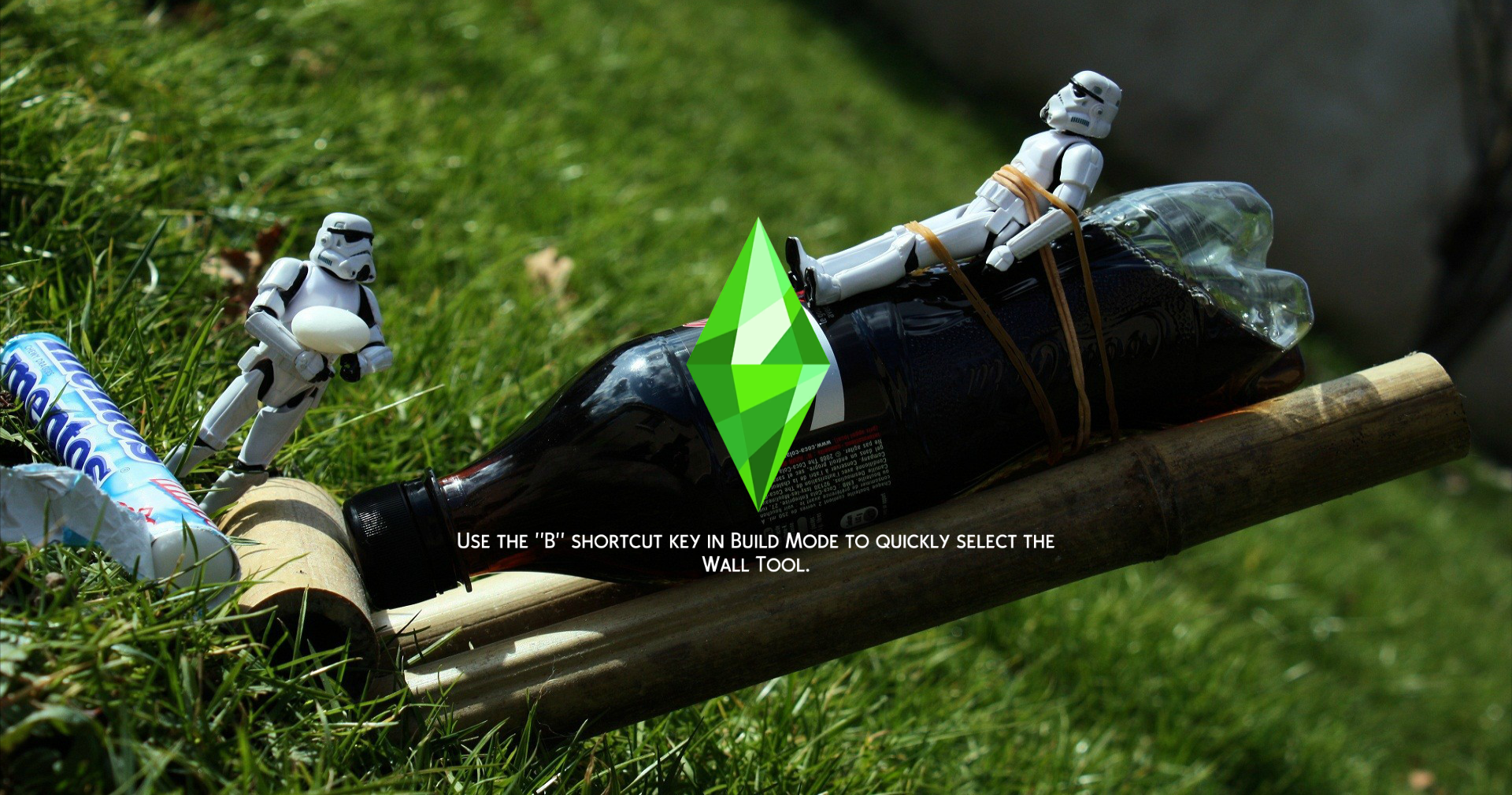 I am the stormtrooper strapped to the soda. Just to clarify.
Eternally skipping life's jump rope.
Jth1998

If they mentioned those things they know people want (cars, better babies, etc.) and then don't release them (preferably free) before the end of The Sims 4's life, then I will be very annoyed. They know they are going to piss people off even more people if they don't release them.
Citysim

You sound like you are already very annoyed.
matrix54

I get that understand their consumers will buy whatever, but imagine if literally the same effort was put into giving players what they want. Literally the same amount of effort.
->> Check Out Checkout: Journey To Employee Of The Month! <<-

~ Just a click a day is nothing short of helpful! ~
Citysim

Have to admit many say this game is empty yet we can travel to the beach to the red desert in Strangerville, the depths of a jungle or even a different planet of Batuu.

I never played TS3 but it's certainly feels bigger than the TS2.
matrix54

TS3 & TS2 are a quantity vs quality issue.

“Going to space” is meaningless to me as it’s just an aesthetic. You can make space worlds in TS2 and TS3 as well. TS3 has a space world already. “Bigger” is fine, but you can’t exclude depth, which TS3 did. TS4 scales itself down while also removing the depth that TS2 had.

I don’t particularly care about Batuu because there’s nothing to do there outside of missions. I don’t get to experiment/interact with different species, hobbies, skills or traits, and my Sims don’t lead different lives, I don’t get to do much of anything.

With some actual love, Journey To Batuu could have been a great expansion pack if those elements actually transitioned into other elements of Sim’s lives.

Like, there’s could have been a whole career dedicated to pod racing, and perhaps competitions determined by a racing skills. Maybe have competitive dual areas for lightsaber battles for credits. Sims could work in the cantina and learn how to prepare new and strange dishes with a variety of new harvestables and ingredients, or be a cantina performer and travel to different parts of Batuu or wherever else and perform for credits. They could be storm troopers, Jedis, Scoundrels... So much of this could have been blown out to be a bigger experience in line with The Sims... and wasn’t.
->> Check Out Checkout: Journey To Employee Of The Month! <<-

~ Just a click a day is nothing short of helpful! ~
Volvenom

Thank you. That is honestly what I was hoping for, someone to find it for me. It looks oddly nice, but the problem with creations like that is if they are playable of course. She use so many objects from debug and how are the colliders set up for those objects? Perhaps some of the deco is in the way of gameplay? She's a great builder though, very inventive with the objects. I have suddenly realised I can't access debug somehow.
My youtube videos: http://www.youtube.com/user/TullaRask?feature=mhum
My blog: www.volvenomtullarask.com
Naus Allien

I couldn't disagree more. The Sims 3 didn't exclude depth. Some of its core systems such as AI/Sim behavior, story progression and even the memory system are more complex than anything in The Sims 2. The Sims 3 sacrificed some detailed animations and sim to sim interactions, but it provided a far more engaging experience in return in the form of an ever changing open world and the most complex and intricate AI in the series.
SneakyWingPhoenix

It's like the Into the Future. Aside the lacking depth meaningful mechanics in this game pack (which of course combined is worst in comparison by all means), the timing is bad as the order of the pack. Imagine if ITF came were earlier than it did, like as the 2-6th expansion pack? It mean there's just everything wrong with that pack.
P.S. Sorry for my bad english.
Volvenom

Also I found this: 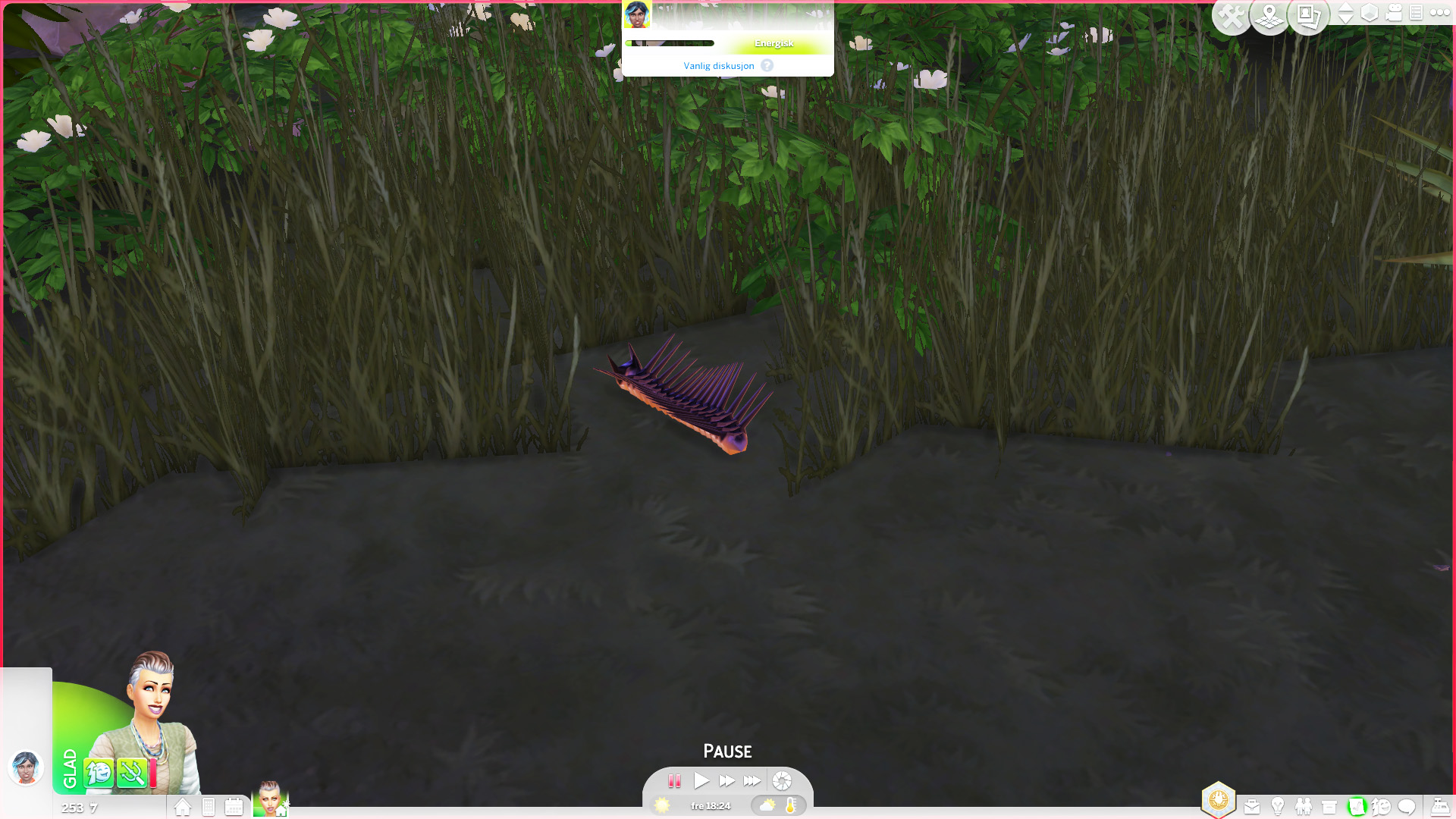 A larve or something. It seems to have it's leg on it's back though.
My youtube videos: http://www.youtube.com/user/TullaRask?feature=mhum
My blog: www.volvenomtullarask.com
Menaceman44

I thought those were hairs or spikes.
My deviantART, MTS Yearbook Origin ID = Alistu
Back to top