I have a question. In the 2.5 teaser pdf on page 93, tables 62 and 63 list "aspiration match" as a potential point gain or deduction...what exactly does "aspiration match" mean? I've read this section over several times and I can't find anything that explains how to calculate this?? Any help?
LauriMizutani
Lab Assistant
#1077

I can't find anything either, but my best guess is that if the aspiration of the behavior matches the sims aspiration, they get those points. For example if they're trying to decide if they should marry for love or not. That behavior is under the Family chart a few pages below. If the sim is a family sim then use those numbers to figure the odds, but if they aren't then ignore that column.

But yeah, that's just a best guess on my part.

Well, I'm currently trying to play some more (though my game is way too advanced compared to my stories) and I came up with the idea that I should document my characters' lives. So I began by taking their photos
Those are some of my noble families

The Leinster family (you might recognize them as Alleken's brother and sister-in-law, Albrecht and Agnes). The children are Jane, Anne-Louise, Constance, Edward, Frances and little Eleanor.

In all the years I have played Warwickshire I never tried the challenge ^.^"

Has anyone succeeded in making it from Serf to King? In 10 generations even?

The fastes way from Serf to Lower Burgeoisie is the monastry... but that only works with the heir if the parents died which is against the "you shall not kill sims for convinience"

and from there getting a position that elevates to Lower Gentry. Here at the least the lack of money is a huge problem since a titel-less broke Gentry can only use a royal/noble appointment to gain money... which takes forever and fiveteen days.

I'm working on a slow way right now, meaning that I take the class stations pretty much one at a time and buld money to see how long it takes. I planned a few things but there are many "only if"s... like going from Nobility to Royalty with a male heir (since an heiress marrying into the Royal Family wouldn't take the family name to the top

Any other ideas or experiences?
LauriMizutani
Lab Assistant
#1080

Quote:
Actually, untitled gentry can get a job from the paper. And those tend to pay fairly well. Even at mid-levels.

I've got an update! I have actually written this chapter quite a while ago (in May?) but I just mever got to publish it

Well, here it is! Alleken is finally reunited with one of her daughters! I've also added an author's note at the end because I know how hard it can be to keep up with all the names, especially when I post new chapters so rarely. 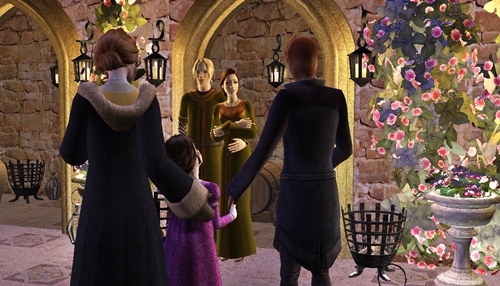 We arive at Riverswood late in the evening and we are met with the whole flurry of a country estate. Dogs barking, children running in the frozen mud and servants hurrying to see the catalyst of the entire commotion. Somewhere in the back of the estate, there's even the sound of sheep and through all the amusement, I can't help but wonder if Gregory too is reminded of growing up on his father's farm. It certainly awakens long forgotten memories to me.
Read more...
✙ "The world is dark, and light is precious. Come closer, dear reader. You must trust me. I am telling you a story." ✙
♕ Portraits Of An Age ♔

I've got a question on illegitimate children:

I have a daughter of a baron who is an heiress. (If she had married and born children I'm assuming they could inherit both lands and title) However she was unmarried and had an affair (with another baron who was married, though no one knows for sure) and had twins, a boy and a girl. Am I reading right that there would be no way the boy could be considered for the title baron of Azure with his grandfathers title? (Yet if his married father adopted him and was the first born son, could he be the Baron of Wallburn?) Is either child allowed to inherit the land?

This is complicated by the fact the woman died in childbirth and was residing at her sisters. Her sister and her husband (The viscount of Dragona) are both radical evil, so I imagine if there is a way to take the land they will.) The midwyfe and some servants witnessed the birth. The woman was well loved and I figure soon there will be tales of the birth of the Bastard Baron Blue.

So now I'm deliberating if the kids stay at their uncles where they can be molded in his image or treated as servants, if they would ship them off to the orphanage, or if the father (also radical evil) might step in and legally adopt one or both as he currently has twin daughters but no sons, or just provide them and bide his time in case he NEEDS to adopt the boy.
LauriMizutani
Lab Assistant
#1083

All of these sound like awesome ideas. Also depending on how well connected the uncle or father is with their own feudal lords, they might use some royalty points to get what they want. I can easily see them fighting over the boy. Whatever happens, you've got story potential in spades right now!

I'm so glad to see this challenge is still active. Could I set it in modern day? I've lurked for quite a while and only now made an account. This is my first post

If you want to, go ahead! It would be an interesting twist on it, for certain!
RayeNation
Test Subject
#1086

Has anyone come up with a suitable way to tackle court cases or law and order in general? I have criminals that needs to be tried but that section of the challenge pdf was never finished and I’m not sure how to go about it. Any suggestions?
Lady Scarlet

In light of recent events, I've come back to this challenge

Right now I'm working on some character sheets to help me keep a record of everything and everyone. I might even publish those later. I've been playing this neighbourhood on and off for 7 years already and with my predisposition to take such lenghty breaks, I noticed that I tend to forget some details and ideas

Here's an example. You might remember Sarah from an old chapter back in 2013 (New Addition To The Family). 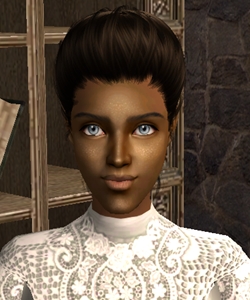 
About
✙ "The world is dark, and light is precious. Come closer, dear reader. You must trust me. I am telling you a story." ✙
♕ Portraits Of An Age ♔

I restarted this challenge yesterday! I rolled several teens, so the heir to the throne (Prince George Allencourt), his younger brother Henry, Lord Marcus Beauclerk (heir to the dukedom of Olithia, his sister Lady Catherine, and Lady Celeste Astley are all off at college together. To get educations, of course, but also to find a suitable bride for the heir to the throne!

King Philip and Queen Estelle. I'm trying to decide if I should write a story or not :-/

Deleted the kingdom lol
Back to top