Hi there! You are currently browsing as a guest. Why not create an account? Then you get less ads, can thank creators, post feedback, keep a list of your favourites, and more!
Quick Reply Print version
Search this Thread
Replies: 8005 (Who?), Viewed: 907068 times.
Page 44 of 321
leo06girl
Inventor

That sounds like something that would happen to me!


What I posted earlier about my Sim doing laundry happens ALL the time to every single Sim I have ever had who has had a washer and dryer.
Advertisement
Pixelen

When my Sim with the 'environmentally friendly' trait rode his horse to a community lot, stayed for about 2 seconds, then promptly got in a taxi and drove back home, abandoning his horse there. He then gained a 'wasteful to the environment' moodlet for being in a car on his own. WHY DID YOU NOT RIDE BACK ON THE HORSE YOU CAME WITH THEN YOU JELLYBEAN?!

So I had to send the horse back all on his lonesome, it was rather sad actually.
Tigger19
Test Subject
#1078

This happens when I have a family day out. Everyone takes separate cars home!

I think this is a universal issue. If your sims go in one car they don't typically come home together I don't know why. BUt as for the horse you just have to instruct them to get on the horse and ride home simply sending them back or letting them chose themselves will end with the same results.
NAJ P. Jackson
Lab Assistant
#1080

I remember when I made my sim took his dog to the dog park, both of them rode in his car. They still rode together when they went home but then I accidentally canceled the ride halfway to the house and I couldn't get his dog to ride with him anymore. Poor dog had to run all the way home, he was so tired that he immediately collapse afterwards while my sim was comfortably lounging around his living room

Today my Sim invited over the next ranked chess opponent. His entire household came with him (four others). Then one of the women starts randomly playing her guitar in the front yard while the other guests watched.

The next time she had the next ranked chess opponent over, he stayed for supper. While she was cooking he went into the nursery and picked up a baby from her crib and layed her in the floor. She started crying and the adults just left her. Then he picked up her twin and put her back in the crib.
TheLB

Horses run through my lot all the time going to/from places. Not wild horses, mind you, other families' horses. Last I checked, routing was supposed to take your sims around residential lots, not right through the middle. I wouldn't mind so much but every time one runs through all five of my horses get excited and roll wishes to sniff whoever.

...And then I get jealous because some of the townies' foals have the coolest looking coats.
"There's nothing to writing.
All you do is sit at a typewriter and open a vein."
-Walter "Red" Smith
leo06girl
Inventor

Instead of taking the bus to school, my Sims drove her Father's police cruiser. Her siblings, however, took the bus like always.
archamedes
Lab Assistant
DELETED POST
13th Jul 2012 at 8:57 AM

This message has been deleted by whiterider. Reason: Um, yeah, no.
NAJ P. Jackson
Lab Assistant
#1084

I "told" my sim to run around the block and ended up taking a car ride.

The tourists crack me up. I don't know what they do in your towns, but in my town, the end up standing around in empty lots reading books. Wow.. travelled across the world for all that..
shadedgrey63

You need to actually click on the ground by the lot and select 'Jog Here'.

Recently, my cartoonishly evil joke family, the Scumthorpes, converted their entire backyard and most of the land surrounding their disastrous mess of a house into an elaborate mining operation based around diamonds and Tiberium in an attempt to make more money. Even though they were already wealthier than the Altos and the Goths by miles.

In response, logic and sanity threw up their hands and took a holiday.

As you'd expect, about half the neighbourhood dropped in to complain about the noise over the next few hours, with aliens, elves, a singing telegram girl and some very confused-looking EA premades making an appearance.

But does family patriarch Larry Scumthorpe give a damn?

oh god why is he doing this in his underpants

Even more disturbingly, mining toxic alien space rocks for hours also caused him to roll a want for 10 children and frequently get himself in the mood for babymaking.

Guys, I think he might have a fetish for mechanised industry.
simmodder69
Field Researcher
#1090

here are some things my sims ALWAYS do when i play:
-they need to go to the toilet but first theyre always like: "cant hold it anymore! oh, a bar! lets have some drinks"
-go to the bathroom, get distracted and soon the small bathroom becomes a living room. i got 8 sims in one household, its chaotic and they always seem to go to the bathroom when they call a other sim
-abuse my pets. seriously i cant have any pets in my 8 sim household or the animals die. one time my sims always wanted to play with a dog and they lined up. a other time my sims always wanted to ride on a horse in my household. it always went like this: sim 1 trys to get on the horse, doesnt work. sim 2 gets on the horse but dismounts it immediatly. sim 3 gets thrown off the horse. sim 4 mounts it and rides to the beach... only to make drinks at the bar there. then sim 4 takes a cab home but leaves the horse. the other sims do the same like the 4 others.
-like to waste food. whenever they try to cook something, they go away from the stove and soon after it burns
-love it to break tvs,computers etc. when i leave with my sim the house the other 7 sims like it to destroy everything, and when i return the house is flooded, the toilet´s clogged and tvs and computers are broken.
-like to die. i stopped counting the amount of deaths in my household. either they die of starvation, thirst when theyre a vampire or run into fire, atleast every game week one of my sims dies... and i have to resurrect them

Whoops.
Fuck this shit, I'm out. Whilst pillow fighting, my sim made this face.
ChronoJohn
Top Secret Researcher
#1093

Ah, yes, those hilarious moments when you pause the game at just the right moment to capture something truly absurd. Often something which probably isn't even meant to be in the game, but you can't resist running with it anyway.

Here's a recent example from my town:

Once again, my Sims will NOT use the kitchen sink to wash dishes, only the bathroom sink.
ihearttea

Just like MANY other sims who have this problem, I would suggest pausing the game for Ten Seconds, to let the clothes/skins load.
SuicidiaParasidia

also, if that doesnt work/isnt quick enough for you...and you have Twallan's Master Controller, you can force them to instantly zap into their work clothes, since sometimes the game does load them but just dawdles on actually making them do the stupid spinny animation.
this is also what i use to correct the occasional outfit derp that happens when a sim gets out of the shower and i dont want to waste time sending them to the nearest dresser for them to stare and drool at for another painstaking 45 sim-minutes. 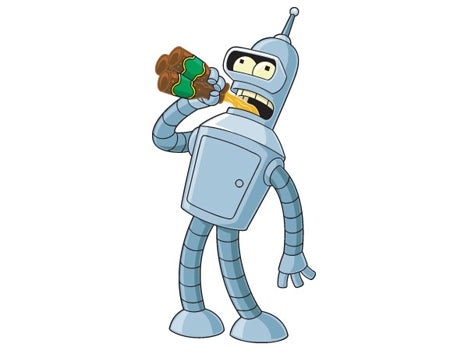 "The more you know, the sadder you get."~ Stephen Colbert
"I'm not going to censor myself to comfort your ignorance." ~ Jon Stewart
Versigtig, ek's nog steeds fokken giftig
IzzyBess

+18 Where do gnome babies come from. Look up.

Grim reaper
The reaper came to my house, killed two of my sims, then started doing the dishes... wtf.

Also, my sim started having her baby and her husband decided it was more important to start making dinner than to take her to the hospital.
KGirl

Well, you have to admit, if he had died of starvation, he couldn't take her to the hospital....

Use either Awesome or Twallan's.