Things I've Seen/Heard/Read About in The Sims 4: Kits

Also, it’s always interesting how Morocco gets the pick out of all the Middle Eastern/North African cultures out there ever since TS2. I wonder if it’s essentially the politically-safe pick that’s also ‘aesthetic-enough’ for Western eyes.

I also wonder if they’ll do another three-kit release once they release more info coming up?
toxicboy

Moroccan inspired designs have existed as far back as the Sims 2 base game. Moroccan architecture is pretty easy to blend into other architectural styles and a lot of mileage can be gotten out of many of the pieces that aren't inherently Moroccan (like columns and arches). Many items can easily blend in with a Spanish Colonial style home. The issue is finding a place to use it all. We've never had a Moroccan town.

Compare that to this store set. What can I do with this outside of this exact set?

Quote:
Dunno why, but the cover arts gives me Lucky Palms vibes.

*Deep sighs to reminiscene* Does anyone else remembers the days, where we didn't have to worry about a specific feature being drop of their tables, for a possible premium, because there was never a thought of it arising controverst? Nowadays, we get a certain representative (*cough* bald gay dude) of the company, that exploits ppl with gambling, tell teens that virtual slot machines are uncool and so passive you'll die of boredom watching the virtual people's money (simoleons) put on stake in exchange for more or nothing.

But yeah, in terms of items - Monte Vista for some reason deja vu.
P.S. Sorry for my bad english.
Gargoyle Cat
Mad Poster
#106

Who are you talking about?

TS3 has the casino set; roulette table, slot machines, ect... TS4 has 'loot boxes' that came with Snowy Escape. Whoever from EA was chest-thumping about gambling, they can STFU.  Neither of these use real money like FIFA, but there is not reason to think that they wouldn't show up in a TS5.
dikosay

The only way I would buy this "Moroccan" kit is if someone creates very very close sim resemblances of Boggy and Bergman and therefore I can play my own version of Casablanca. (I'd have a different outcome, tho.)
Life is what happens to you while you're busy making other plans. - John Lennon
Citysim

If you waiting on next announcement to find what it includes, its already obvious. You only have to look and see what you don't have, this is the 2nd kit to revolve around objects, and last one only including 13 objects (15 if you count the 2 floors)

I could spot 12 of the expected Objects

Here what you get:

It's sounds basically like Perfect Patio Stuff all over again, minus the Hottub and CAS stuff.
jje1000
Mad Poster

Quote:
I think 1.) Having a grid-based, repeating modularity (not relying on unique elements that blend into each other), 2.) Concentrated decorations (tiling & detail is contained in each module), and 3.) Being domestically iconic yet Spanish-adjacent is what sets the Maghrebi styles ahead of others.

As a contrasting example, I find that Art Nouveau rarely works in the Sims, simply due to the fact that it often possesses eccletic elements that flow into each other, and are often not necessarily aligned to grids. So unless you're willing to place a lot of things off-level and off-grid, and use the scaling tool in TS4, the average casual player ends up with something that *has* Art Nouveau elements, but still doesn't feel 'Art Nouveau'.

Unfortunately it looks like that set has stencils baked onto the texture (requiring a mod to remove them), but otherwise with a bit of CaST, the general forms could work well as a mid-mod 60s-era set.
SusannaG

I'm running a Victorian game right now - some of the Moroccan stuff would fit in with that quite well. It's a flexible design style.
matrix54

Art Nouveau has NEVER worked in this game. I’m 100% unsure why they chose to add it in again. Sure, it’s fun to look at but they make it so hard to use. Even the default builds leave so much more to be desired. That’s not of any fault to EAxis: Every other architectural style in TS4 looks the part, even when poorly executed. The assets provided simply don’t lend themselves to the style. They should have gone Gothic. It’s easier to interpret in the engine.

~ Just a click a day is nothing short of helpful! ~
jje1000
Mad Poster

Quote:
I think this is a fundamental issue with Art Nouveau in the Sims series- the Sims build mode works through modulation & repeating elements locked onto defined levels, while Art Nouveau is full of bespoke, freeflowing elements that are usually not modular, but which combine/interlock into a more sculptural form.

While there are some forms of Art Noveau that might work better (i.e. the cast iron versions, which do have that modularity), they usually still have lots of ornementation, and are integrated into more typical stone builds- something like this isn't easy to make:

And despite some good work, most TS4 houses still end up looking like Victorians with Art Nouveau elements: 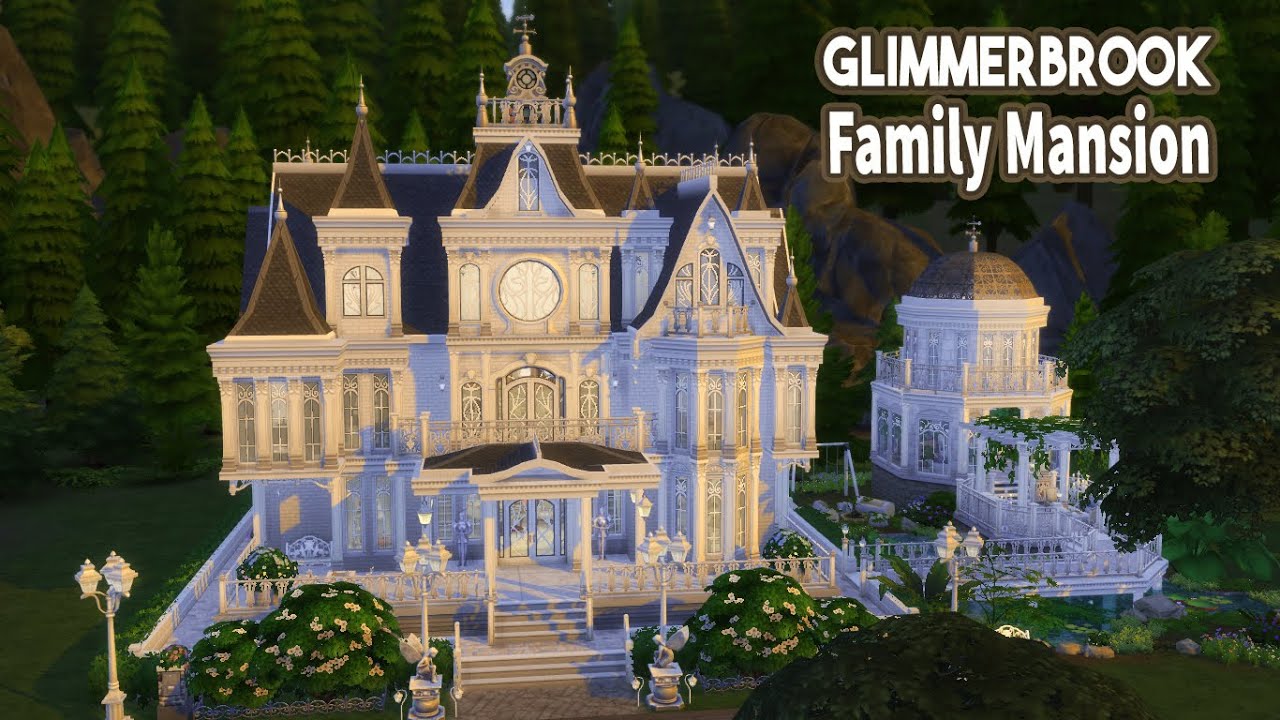 Part of that is due to EAxis not giving themselves the tools to built Art Nouveau home. It would be best saved for a the addition of some additional build doors, which can purposefully serve the style:

These are missing, and Art Nouveau bulls looks obscure without them and it would make them harder to be considered Victorian.
->> Check Out Checkout: Journey To Employee Of The Month! <<-

My point was a joke, of how ironic that he tweeted that said content would raise a T rating and deems would not be cool (much like talking toilets heehee) for younger generations, when he's a mouth of a company that's all about targetting toddler games to entice and encourage gambling addiction of the players. Not really salty, bug just thought of throwing thus punchlkne

Supposedly Grant isn't involved with TS4 anymore.   I don't know if there is any truth to that or not, he sez he's not.  Judging by the BS that is posted on The Sims twitter account, sometimes I think Grant is behind it all. That is pure speculation on my part.

Many on team Maxis have gotten into the habit of talking out of both sides of their mouths.  They do it because they can get away with it although the tolerance of their endless shit talk is drastically lower than it used to be.  I don't think they'll ever stop doing it as Android Wilson is a spin doctor of bullshit.   I'm surprised he doesn't always have his arms in casts for the amount of time he spends patting himself on the back.

I read bits and pieces of their fiscal report yesterday; spent most of that time rolling my eyes.  When they [EA] has to fall back on Apex Legends for profit, there's a problem.  Apex Legends is the bottom of EA's barrel when it comes to their portfolio.  https://www.gamesindustry.biz/artic...-fourth-quarter

That being said, the timing is curious with what is going on with TS4.  Suddenly there is a "interest" in fixing the bigger, more bothersome bugs, the 'laundry list' as lame as it is, Maxis wanting to 'hear from players' on the OF, ect...  Profits down = Suddenly Maxis gives a fug?  It is all a bit suspect, but as usual, a trend worth watching.  If they really give a crap like they want everybody to believe, this 'interest' in making TS4 better will continue even when profit margins improve.
jje1000
Mad Poster

Not only that- the series really needs more unthemed architectural building blocks that can be added to facades to help break up their form, the ability to detach walls & ceilings from pre-set levels like foundations, and even a move from a 1-meter building grid to a 0.5-meter one.

At the moment, the game still really prioritizes most spaces being functional, and this results in a rather coarse architectural language which results in many builds still feeling boxy.

I would love actual columns, and not fence posts columns. The game, even as it is, is capable of much more than it's giving us. Honestly, just the ability to actively select when I add siding to end ended of a wall would be perfect. There's so much that could even just be basic decorative pieces would be amazing.
->> Check Out Checkout: Journey To Employee Of The Month! <<-

Ngl, those sets want to me to jump back to TS3

Yeah, I'm still dreaming to invest in a new computer for Simming my favorite Sim games.
P.S. Sorry for my bad english.
celticlass64

I do like the new items. Glad they added this little kit. Would be nice if they added a Yemenite kit to add on. So colorful. And there are several Yemenite steps that are added to traditional dances. (The Yemenite Hop is my favorite, I think.) Maxis can add a lot of flavor to the game with just a few items. I love the new kits. I hope to see more of them in the future. (edit

Forgot to mention that I love using Moroccan and traditional Spanish architecture to my desert homes. Alhambra is an amazing structure. I would love to see a town based on Medieval Jerusalem. Their medical care was so amazing that several Jewish doctors traveled to Europe and advised the nobility. I read about it years ago. Although Saladin's palace would be amazing, I think a little later time period would work better. Why do we need a Moroccan world when there are so many other choices. :D
Back to top