The sun is shining, birds are singing, and in their pixellated world, Sims everywhere are getting ready for summertime to arrive again. So, why not show us how they enjoy the new season? Take a photo of Sims enjoying the pool on a hot day, visiting the local festival or getting the family together for a barbeque.

From a white sandy beach, your Sim setting off a beautiful fireworks display to a glorious fun fair, show us how your Sims enjoy the summer season! Make sure they follow our guidelines! Need some help on how to get your photos looking beautiful? Look no further!

Here's an example pic to give you an idea, of poor Sandy Bruty and her ill-fated ice cream cone from the roaming ice cream van on a hot day. Oops! 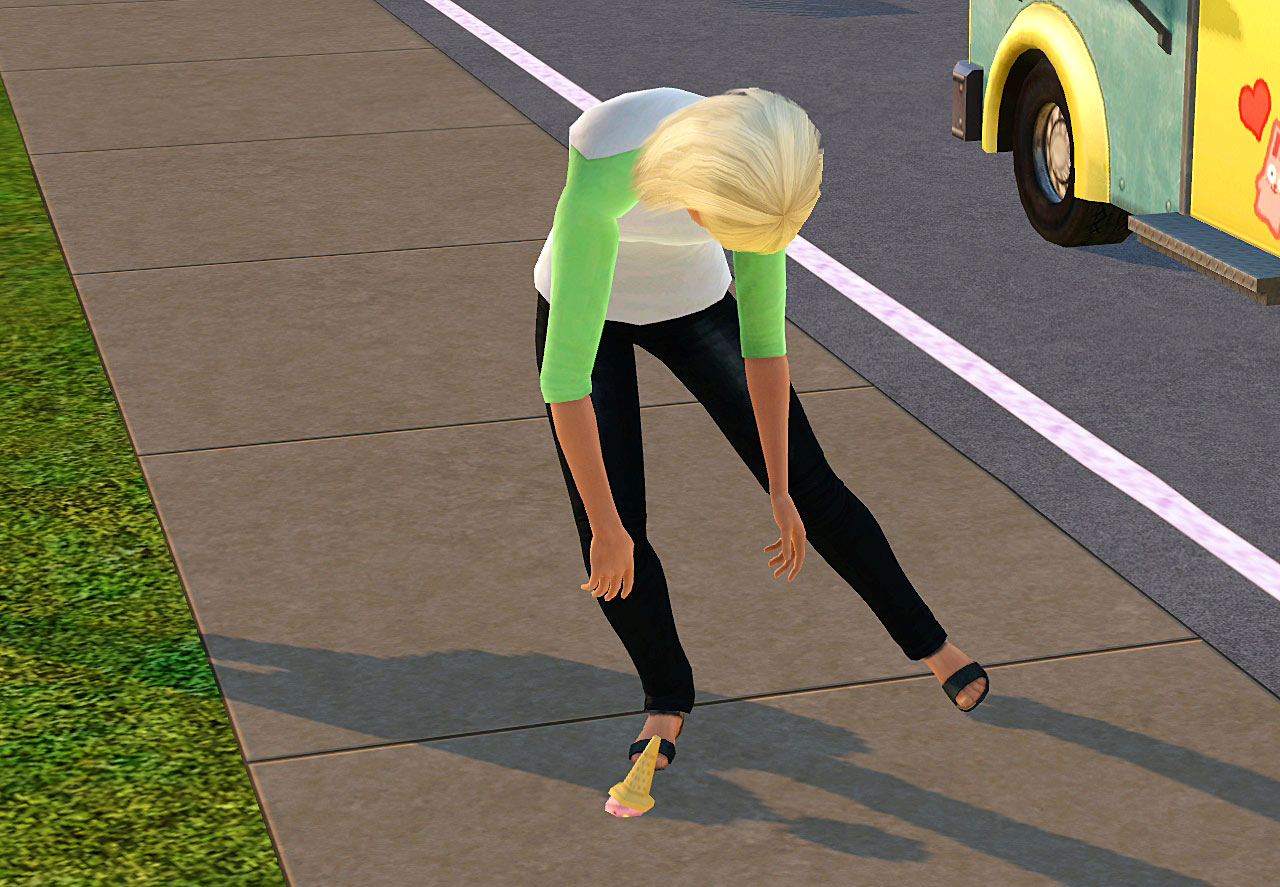 Write a short story about how your Sims enjoy the summer season, be it a story of their first vacation, what they did to survive a heatwave or a nostalgic look back at summers of your Sim's youth.

To help you, we've already written a short example story

Today was the day. Today, all 16 members of the family were going to get together for the yearly big family barbecue. Previously, this was a bit of a squash and a squeeze due to having a tiny back garden and not much more space inside, but with their brand new house, Emma, the founder of the family legacy could host a family get together to make the entire population of Belladonna Cove jealous.

The clock struck noon on a sunny Saturday afternoon and the first guests arrived. Very soon, even the huge garden was filled to the brim to talking, laughing and kids splashing in the pool and having a wonderful time. With everybody settled, it was time to strike up the barbecue. Jason took the helm and cooked up enough burgers, sausages and kebabs to feed a small army of Sims- or a very hungry legacy family!

The weather was absolutely perfect with not a cloud in the sky, as the music flowed from the stereo and the sun began to set on this perfect day. Eventually, everybody began to make their way homewards, having made some wonderful memories and thanking their hosts for a fantastic time. Truly a day set in legend among every family member from biggest to littlest.


The maximum word count is 2,000 words, and must be placed under a [spoiler] tag. Happy writing!

So how do I take part?

This event will take place from Saturday 25th May, lasting around a month, on this thread. Post your entries here for us all to see. or join our #mts-events channel on Discord to discuss the event, share outtakes and post your progress!

You can do either a short story or pictures, so choose which you'd like, or even do both together and have fun. Enjoy yourself!

PS: Look out for a summer movie night coming soon to a Discord near you! Check the Site News soon for details.
Emma!

Sounds interesting and I will think about it. I appreciate the option to post it here.

I want to point out, to everyone posting challenges, that all of us are not on Discord - I simply don't think I have the time to take part properly and have no intention to join. Perhaps that could be taken into account when challenges are posted.
Windows 10 and the Ultimate Collection
http://modthesims.info/showthread.php?t=568275
http://modthesims.info/showthread.php?t=614833
PharaohHound

@Justpetro - we always aim to have a balance of forum events and Discord ones. Recent onsite/forum challenges we've had include the Mrs Crumplebottom's Hideaway challenge, the Business creator theme, and the calendar contest among others. Some events are just better suited for Discord, but we aren't abandoning the forum either.

The meadows are in bloom:
who has ever seen such insolence?
simblr
Justpetro

I'd have to go for a picture.
Freya5

This sounds fun! How many pics can we post if we chose the picture option? Otherwise it's one picture + max 2,000 words, right? Can't wait to see what everyone comes up with!

Please follow The Grey Witches on my blog!
Sparklypotato

Ugh I need to think of something - might do one on the beach.
Charmful 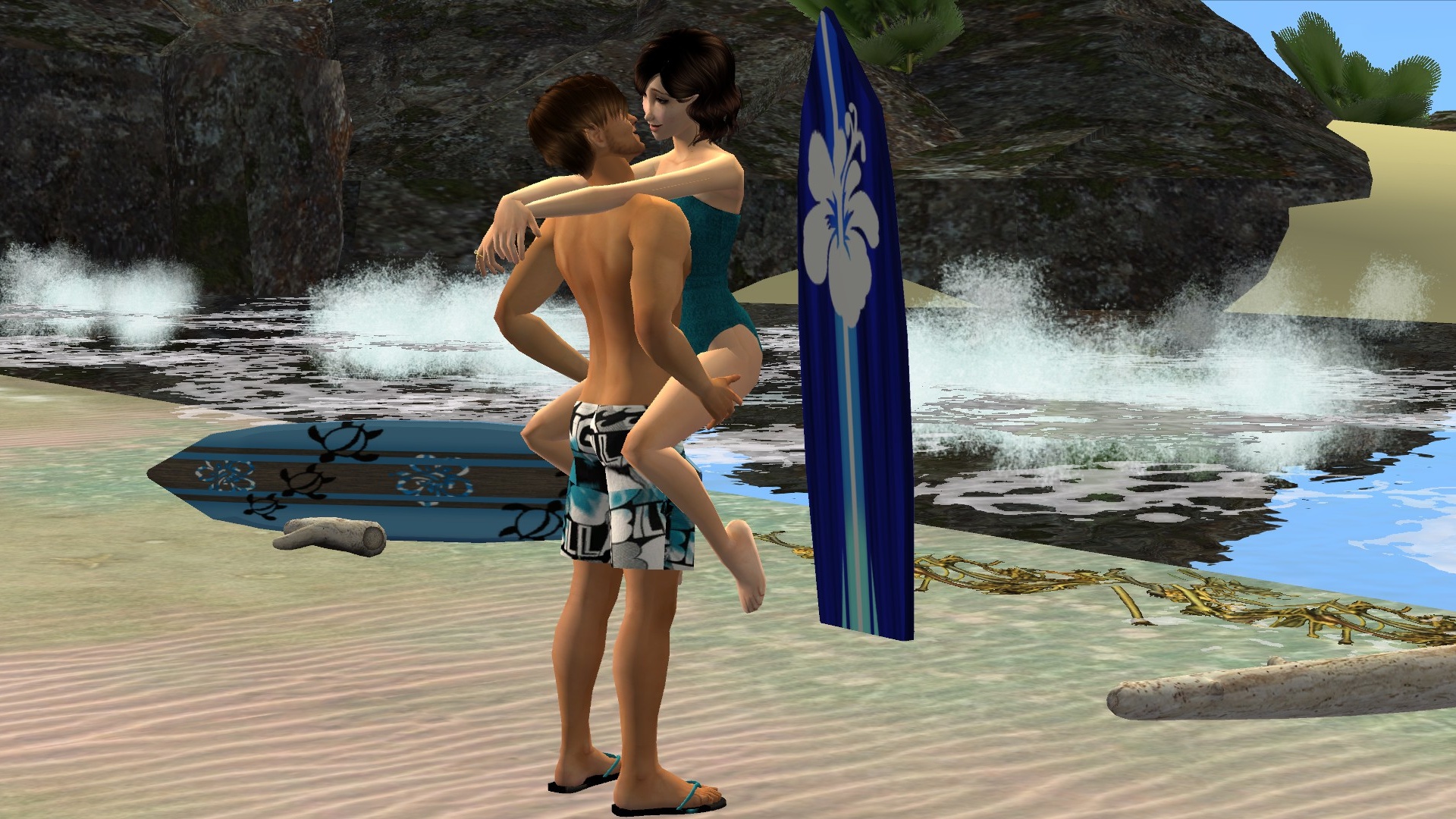 She had closed up her shop. He had no classes. The first weekend of Summer break was upon them and usually they would spend the whole weekend surfing waves. Unfortunately, that weekend also came with a downside--the beaches of Kashmire Point would be packed with tourists, amateur surfers, students from the community college, and children who didn't eat their ice cream fast enough in the heat which rendered them screaming messes.

Amelia was a local however, and had a surprise for her fiancee.

“Where we going Ame?” Charlie inquired as they carried their surf boards down a rocky incline toward the ocean after driving down a dusty service road and parking. This wasn't her regular spot.

“You'll see,” she smiled cheekily and replied in a sing-song tone.

They came upon a small beach with rippling sand, seashells, and seaweed. Most notably there was no superfluous noises–only the sounds of the ocean's surf as it hit the shore. Charlie could only stare in awe at the untouched cove. It was beautiful and peaceful.

“Wow, when did you find this?” he set down his board, and rolled a piece of driftwood away with his foot.

“Last week!” Amelia dug her own board into the sand and then turned around and regarded him with a wide smile, “You like it?”

“Of course! Thank you, it's perfect,” he returned her smile and pulled her closer into his arms, “I love it.”

He no longer taking in the sights of the cove as he said it.

He was staring at her.
Uh oh! My social bar is low - that's why I posted today.
My SIMBLER | SIM WHIM | SIM VIDS | SIMS 2 STORIES | SIM PICTURE-TAKING TIPS | MY HOOD | SIMSTAGRAM
Gustavo2Sims

I Love the Season of summer
we are always enjoying summer

Here's a short little story, with pictures (actually renders but I really wanted to share them!), about two kiddos, Andy (child) and Levi (toddler) building an amazing sandcastle on a warm sunny day at the beach. - Andy - "Hey Levi, let's build one of the best sandcastles ever! Just look at all the sand we could use, this beach is much better than the ones we usually go to with rocks and pebbles everywhere." -
- Levi (Excited) - "Okay sis! Let's go get our buckets and spades then." -

So Andy and Levi went to get their little buckets and spades, and piled up some sand ready to start building. When they finished though, they weren't so happy with it. They were both questioning one another on how they can make it look better. Levi put his bucket on his head because he was starting to get hot and annoyed at why their sandcastle didn't look as they expected it to. Andy, on the other hand, came up with a great idea to rebuild it using more water and more imagination.

- Andy - "I think I know why it looks bad, we didn't use enough water because it's nearly falling apart! We should mix the sand with more water so it doesn't dry as quick, and then we'll have more time to make it better and build it easier. -
- Levi - "I don't get why adding more water would work." -
- Andy - "Because if we add more water, the sand will take more time to soak up all of it! I learned about that kind of thing at school *smirks*. -
- Levi - "You're so lucky you get to go to school and not me..." -
- Andy - "Trust me, you'll be thinking the opposite when it's your turn to go!" -

So they both rebuilt the sandcastle, and this time, it turned out as they expected. As Levi went to play with truck, Andy asked her mother to take a picture of their amazing sandcastle that they decided to call "Castletastic". Their mother was impressed with the work they put into it and took a picture of them with it. They played for a while longer and then went home, still thinking about their fantastic Castletastic.
---

Here's a bonus picture that I'll include in a spoiler tag, it's a behind the scenes picture of the kids building the sandcastle, and their mom watching them. I hope you enjoyed this mini story!

- When one gets inspired by the other, the one inspires another - Anything is Possible.

My Discord server (mainly Sims but other games are welcome too) ---> https://discord.gg/tvrTafF
You can download a lot of my custom animations (for TS3) on my Twitter ---> https://twitter.com/SweetSavanita
Chax
Scholar
DELETED POST
24th Jun 2019 at 7:36 AM

This message has been deleted by Chax.
TheSweetToddler

Thank you for your kind words, if there was a section specifically to posting renders or fan art of The Sims I would fill them up with cute renders of my Sims

- When one gets inspired by the other, the one inspires another - Anything is Possible.

My Discord server (mainly Sims but other games are welcome too) ---> https://discord.gg/tvrTafF
You can download a lot of my custom animations (for TS3) on my Twitter ---> https://twitter.com/SweetSavanita
WatermelonSandal

Beach Day
Finally managed to come up with something.

All sorts of summertime fun
Summer with Slayer and Random legacies.
Zarathustra

A little late, but for those of us in the United States, what summer would be complete without sitting along the streets of a quintessentially American downtown, watching a festive Fourth of July parade, with hot dogs sizzling on the BBQ? 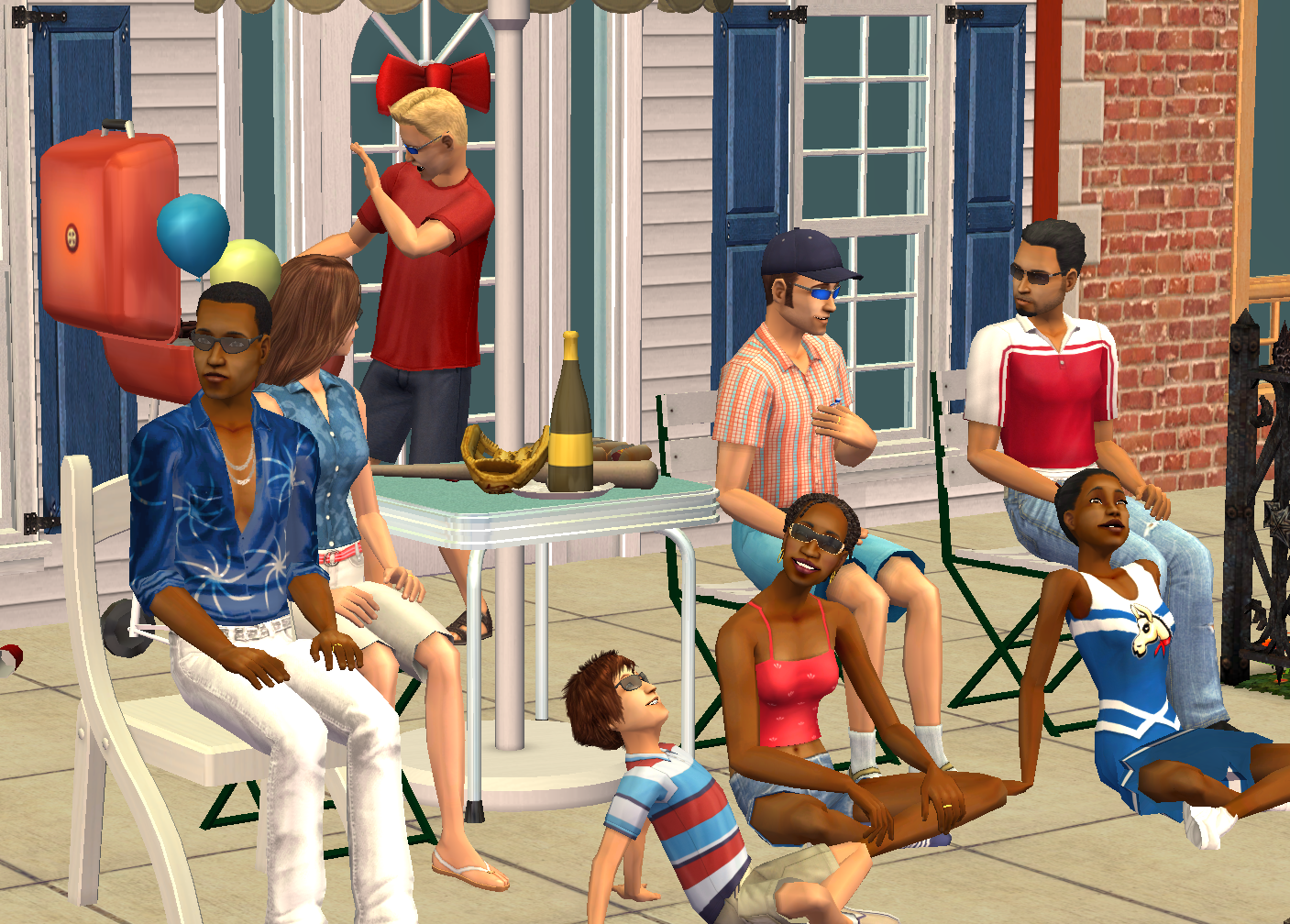 Welcome to the Dark Side...
We lied about having cookies.
williamvhale
Test Subject
#16

That is cool, loved this a lot.
Back to top