I downloaded the new town, and there's this miracle 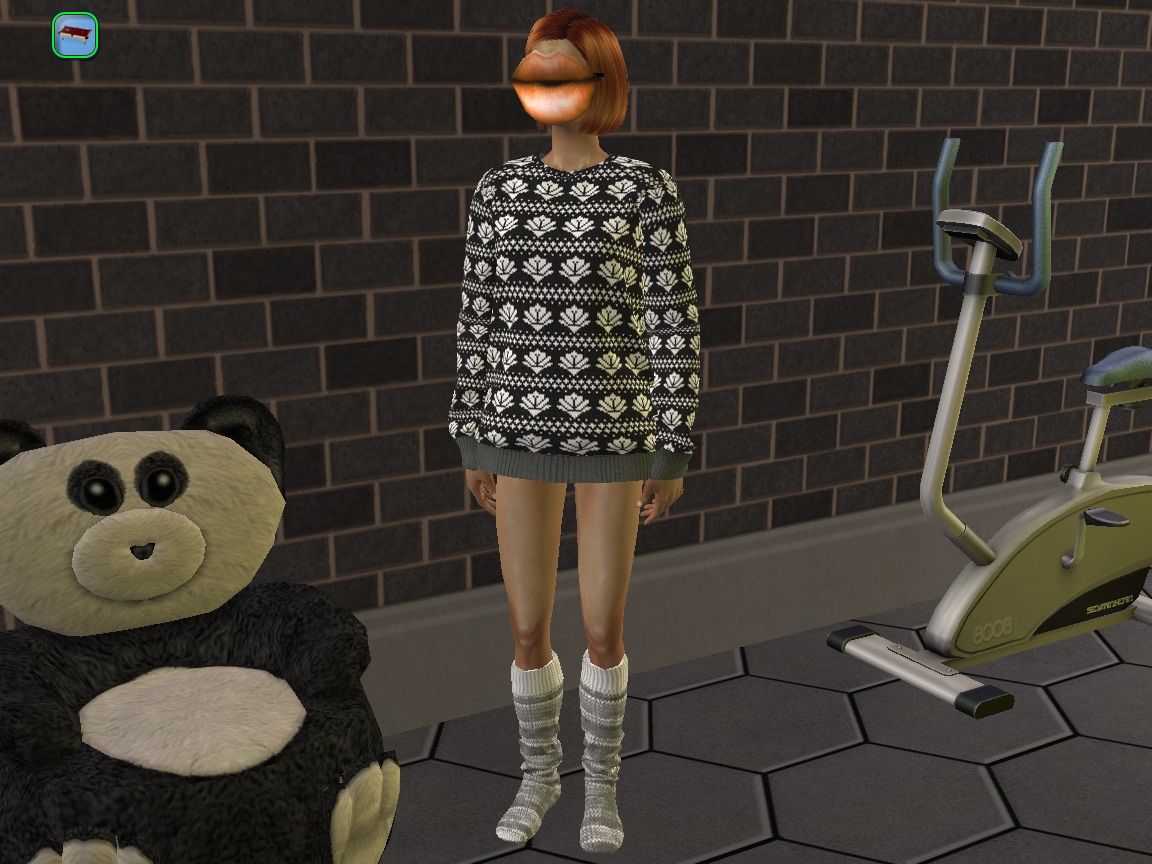 Don't worry, though, little Brian is fine and somehow he managed to learn his potty skill, Don's face is another story

Screenshot 2: Nervous Subject is a troubled soul, some would call his behaviour "Stockholm Syndrome"! The thing is that he hates Loki even though he is attracted to him.

Screenshots 3, 4, 5, 6 and 7: Buck Grunt brought Dawn Curious (Pascal's daughter) home from school. She talked to Buck for 0.2 seconds and then she went to join Tank who played chess. Dawn doesn't have many nice personality points and she proved it by trying to cheat Tank but she didn't get away with it for long. I think that it was Tank's ego and pride that got hurt ("been made a fool of by an alien child"!)

Maybe I'll do something about this relationship when they will both be adults...
Monsieur_Oshima

Beau Broke having a very bad case of runny nose.... then Brandi started to toss him in the air, throwing water everywhere This happened while testing an object I wanted to add the waterstream effect to, turns out I have some fixing to do

at least it didnt crash my game this time
OMGhoticSimmer 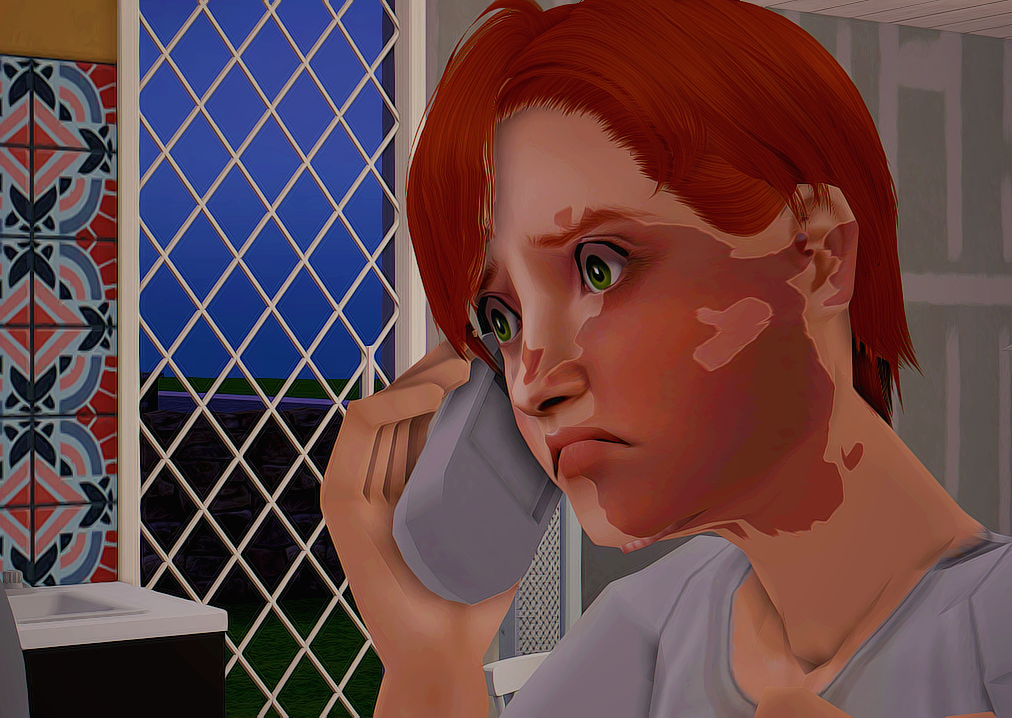 You have no idea what horrors Emmeline has seen: 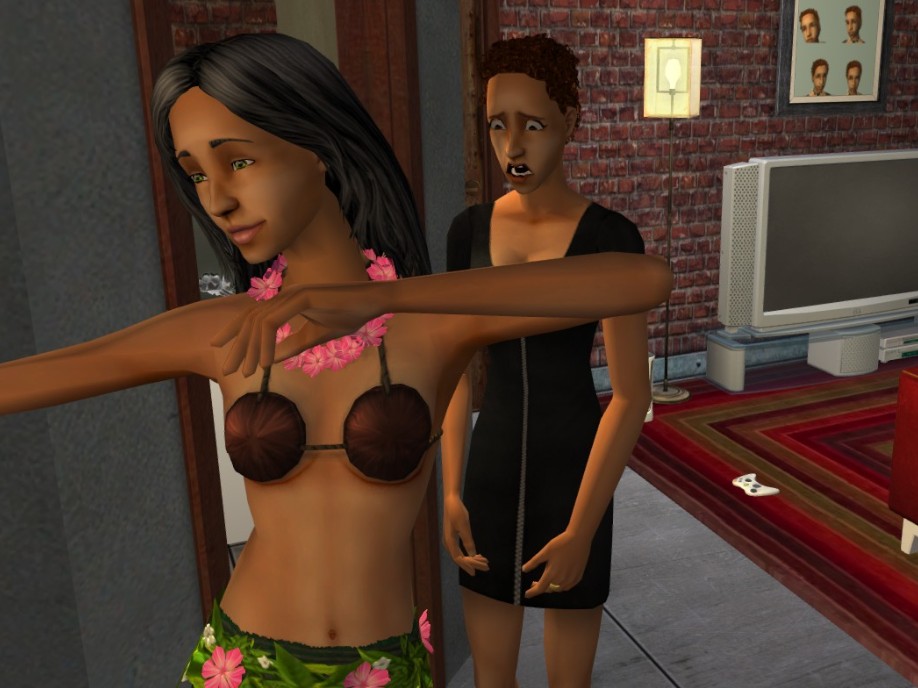 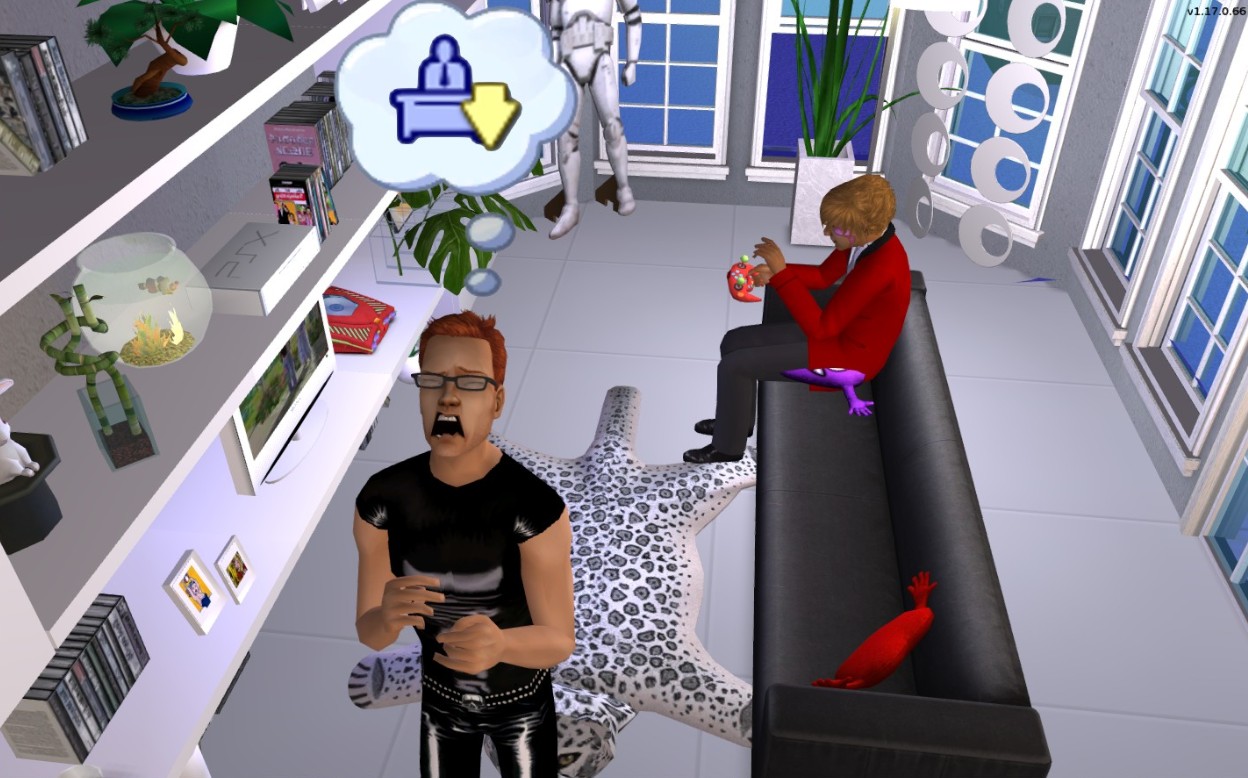 I will choose a path that's clear- I will choose free will
-RUSH- -RADIO- -ARCHIVES-
Simpeople and Me Archive- -11Dots Archive- My Sims World Archive
yourfriendmichelle
Lab Assistant
DELETED POST
16th May 2021 at 5:41 AM

[QUOTE=simsample]You have no idea what horrors Emmeline has seen:

I think her face gives it away: the back of the hula dancer...the goats ate her skirt..
Namaste... or "go"
Back to top