This user has the following games installed:

Extremely Dark Closet Doors
So this is a new one. I redid my whole download folder, took out some things, brought back stuff, so that meant I have to go through my lot bin and re-add flooring and wallpaper. No big deal, except I ran into.. this 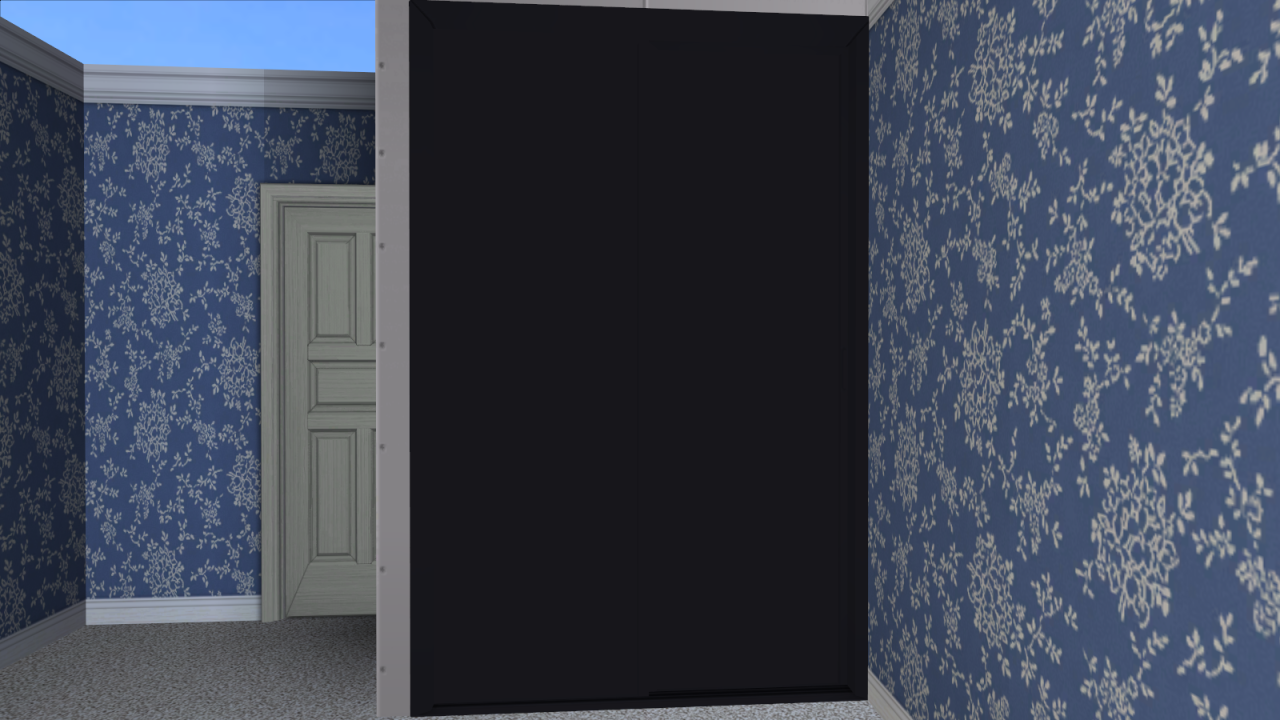 This was supposed to be the white recolor of that Apartment Life closet, but it's pitch black. All the other recolors don't show up correctly either, they look like they had the bucket fill treatment to put it simply. Tried deleting the closet and the wall, placed it back, same thing. Went out to a different lot and it was the same thing. Also noticed some corners of the houses I went into were exceptionally dark. I switched out lighting mods too, took out gunmod's radiance lighting system 2.4 because of the blue night veil (uninstalled it through Scriptorium) and placed the 2.5 version by duderocks/dreadpirate in. I haven't been playing lately so I'm not sure if this is the case for these houses or if it affects my whole game.

minor update: went to my Veronaville test hood, it was the same deal. Took out my entire downloads folder and went back in, and they were still dark, even the mirrored version. Now I'm pretty sure this has something to do with dreadpirate's RLS 2.5, but since the last update was a few years ago I can't say for certain.

UPDATE: went hunting and found this thread similar to the issue I have. Went back into my game and I can confirm the closet door appears properly when it's not against a wall. Did a test of putting a light inside the closet space and the doors lit up like they should, but removing the actual room light makes it glow in the dark

. Not sure why these closets decided to muck up now because I never had a problem with these when I used other lighting mods, I'm a little annoyed now because this doesn't seem to be a simple fix.
what_makes_you_haha.mp3
SFS uploads
old uploads
new simblr
Pillowfort
Advertisement
Primavera

UPDATE: I took out RLS 2.5 momentarily and it's definitely the cause of this. I placed the default Maxis lighting back in and the closets returned to normal *sigh*. I don't really want to return to RLS 2.4 and I'm not sure if dreadpirate fixed the flashing pink issue on vacation lots with their maxis-match lighting mod, but I'll put that one in real quick to see if the issue persists.

UPDATE: I can confirm the closets are back to normal with the maxis-match lighting mod. Guess I'll use this for the time being, ironic how I originally thought RLS was too dark only to get attached to it

, but it's okay because I've used this lightning mod longer than I did RLS so nothing's really changed