Oh, I've seen plenty of sim clean ups. Both by other people and myself. I don't have a Pleasantview on handy to show what I make of him... 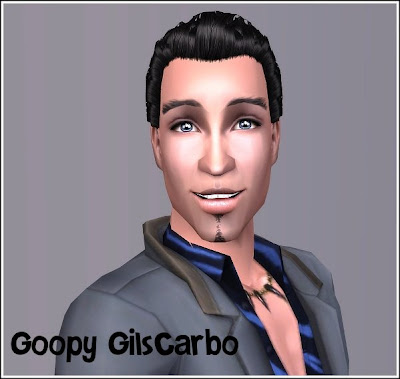 Yo, she's still ugly. And a furry. As far as furries, we should shove sparrows down their throat until the beaks poke through their stomachs and they die.
See who gets the reference.
Fivey

Actually, she's supposed to come off as one of those anime-obsessed teenagers who like saying 'kawaii' every other sentence. Other pictures of her include her reading yaoi. Heh.
Simblr.
Asks are always open, even to anons. I will always reply to asks, and I do my best to be cordial/less snarky than usual.
simsample

@MattShizzle- please try to be a little less graphic in your replies, there are some people who don't enjoy reading your 101 methods of painful death, no matter where it is referenced from.
I will choose a path that's clear- I will choose free will
-RUSH
***Sims File Share- ask me for a code***
Simpeople and Me Archive- -11Dots Archive- My Sims World Archive
If you are looking for files from old websites the Internet Archive is your best friend.

This message has been deleted by simsample. Reason: Off topic
Fivey
Top Secret Researcher
DELETED POST
30th Dec 2012 at 8:17 PM

This message has been deleted by simsample. Reason: Off topic
JDacapo
Mad Poster
DELETED POST
30th Dec 2012 at 8:38 PM

This message has been deleted by simsample. Reason: Off topic
MattShizzle
Banned
DELETED POST
30th Dec 2012 at 8:55 PM

This message has been deleted by simsample. Reason: Off topic
Fivey
Top Secret Researcher
DELETED POST
30th Dec 2012 at 9:04 PM

This message has been deleted by simsample. Reason: Off topic
JDacapo
Mad Poster
DELETED POST
30th Dec 2012 at 9:40 PM

This message has been deleted by simsample. Reason: Off topic
Fivey

I used to think certain premades were ugly, but I sort of discarded that when I bred enough ugly sims to grow accustomed to off-centered appearances. Also, the fact that they're not even a little self conscious about their appearance is endearing. Well, besides a preoccupation about hygiene and sometimes weight, but it doesn't effect their personal life. They don't get worked up about stupid crap like that.

The only way you can get a horrifying sim is if you spent more than two minutes in bodyshop.

OK, that actually goes beyond even monstrously ugly into downright Lovecraftian.
Fivey

No, this is Lovecraftian.

Well, that too. A shoggoth would look better than that and the "Innsmouth Look" would be hot compared to that!
The SimWhisperer
Instructor
#59

Congratulations, you finally made the gorilla face face template attactive!

I sort of like him, though. His eyebrows make him look like he has cat ears!
Simblr.
Asks are always open, even to anons. I will always reply to asks, and I do my best to be cordial/less snarky than usual.
JDacapo

It's amazing what EAxis couldn't stop us from doing, right?
My Sims 2 Blog - info and stories|My SimCity Song | My Budgies

I always thought that Malcolm Landgraab was one of the few male townies that didn't look repellant in some way. I feel more sorry for the people in the universities that are trying to find love though. They really seem to be a mix of poor genetics. One of the first things I do when my Sim marries is have their new spouse have a makeover. I am guilty once of having them have plastic surgery. >.<
cocktail_squid
Test Subject
#63

The horror... the horror! They don't even look humsim!

Funny conversation. Eye of the beholder and all that. I just now had a "woops" baby: had made an exagerated, ruggedly hadsome "alien" (very dark blue), married him to a pretty vixen "fairy" - their girl child has his giant chin and nose, and moms squinty eyes - maybe on a boy child it would be ok, but this girl will never be "normal"
Namaste
wickedjr89

I don't mind most sims, though there is some...o.O in the bunch at times. Rarely do I find them ugly. With that said one sim sticks out to me, Loki Beaker, I don't find him ugly per say but those eyebrows...oh my...
Fivey

Those eyebrows are AWESOME.

I also think they'd be pretty useful. I mean, you don't need a sun visor with eyebrows like that! Especially useful in Strangetown heat!
Simblr.
Asks are always open, even to anons. I will always reply to asks, and I do my best to be cordial/less snarky than usual.
wickedjr89

Lol! Didn't think of that, you got a point there!

Now watch that a few times late at night and tell me it doesn't terrify you. Gosh, I have way too much free time on my hands.
Meh.
Fivey

Not particularly.
Simblr.
Asks are always open, even to anons. I will always reply to asks, and I do my best to be cordial/less snarky than usual.
dieKristina

Mozgun: Yeah, that template 18 face would have a hard time winning a beauty contest... Luckily there are no playable premade sims with that template, but there are a few townies. I think most of the default Maxis face templates are quite good actually, but that template is just plain weird and ugly IMHO.
My Livejournal
My Tumblr/Simblr
M.M.A.A.

That's the single blackest face template in the game. Cartoony, yes. Ugly, horrific, monstrous, or inhuman - no. Not remotely. I used it twice in Widespot.
Ugly is in the heart of the beholder.
(My simblr isSim Media Res . Widespot,Widespot RFD: The Subhood, and Land Grant University are all available here. In case you care.)
MattShizzle
Banned

Really about the only decent templates without massively changing them - shrinking just about all the facial features and widening/shortening the jaw to get rid of the "pencil face" - are 1 and 2. I don't like them to be cartoony, I like them to look as much like actual people as possible.
Sunbee
Mad Poster
#74

Fivey--I hope that young Lovecraftian fellow is going to be a GOS Good Genes challenge founder.

The thing that bugs me about that face template 18 is that the top of the head is too skinny for the rest. It should be a rounder top, not flat up the sides. Argh, not explaining well. Yes, it's cartoony, but just not quite round enough to look right.
Pics from my game: Sunbee's Simblr Sunbee's Livejournal
"English is a marvelous edged weapon if you know how to wield it." C.J. Cherryh
The SimWhisperer
Instructor
#75

I would agree that those two face templates are probably the most attractive, I also like Meadow Thayer and The Curious brothers. The problem with face template number 1
is it can't be mixed with number 2, without some tweeking on both templates. Or you get the face of number 2, with number 1's nose. And then they look like pigs, in my opinion.

I do think though that the number one face template on guys always look like they're eternal teenagers, even with stubble. It's like they're the baby face of the Sim's world! I can't say that about the females though!
Back to top