Shanghainese Lanehouse - French Concession Style
I've lived in Shanghai in China for many years and my absolute favorite part of the city is the French Concession, an architectual relic from the colonial period which is home to some truly amazing buildings. There are a number of unique building types that originated in Shanghai that are a extremely rare find in other Chinese cities (in fact only a few other cities have them). For example the "Shikumen", a traditional style that combines Western and Chinese elements and first appeared in the 1860s.

Recently, I started building a typical Shanghainese lane house in TS2, and now I'd like to hear your input. Even though I didn't have any particular real-life building in mind when designing it, here's a small reference photo for you: So, to my TS2 building, here's a few early images. 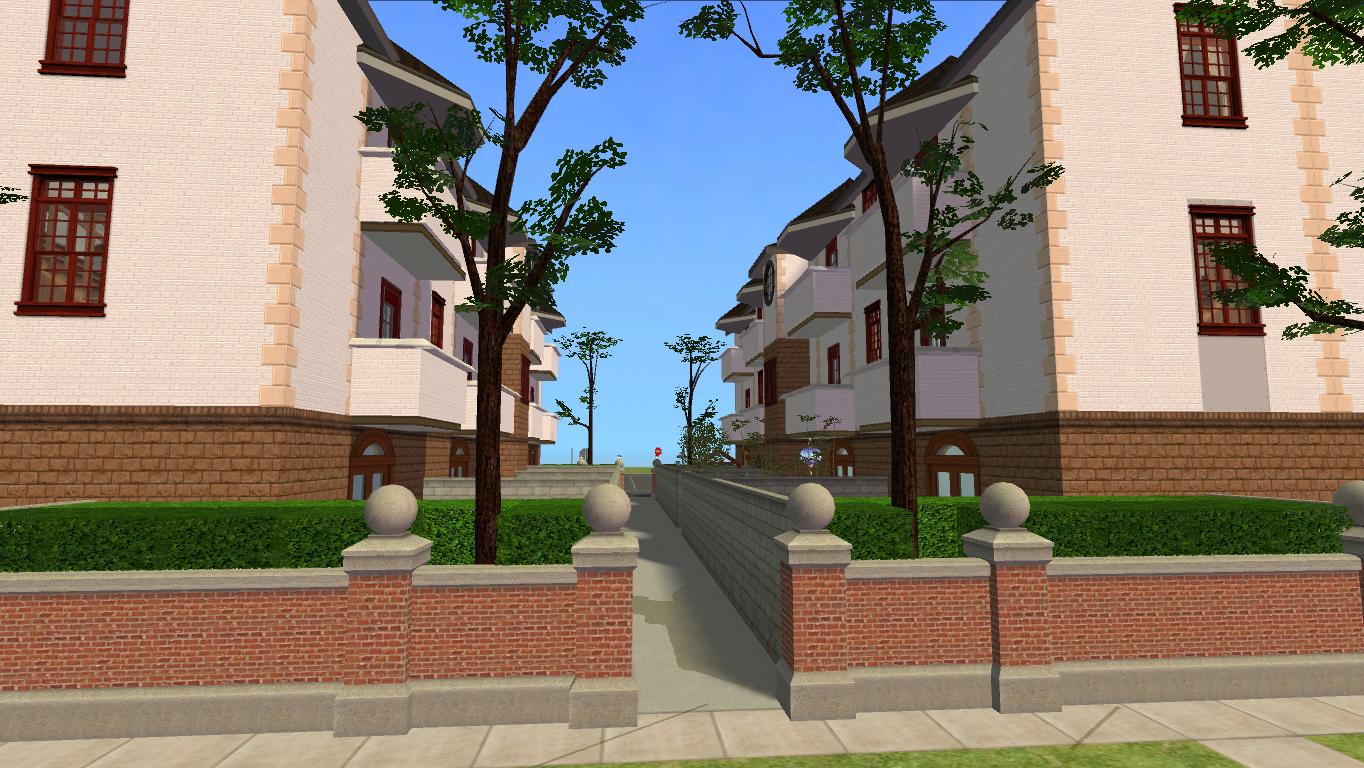 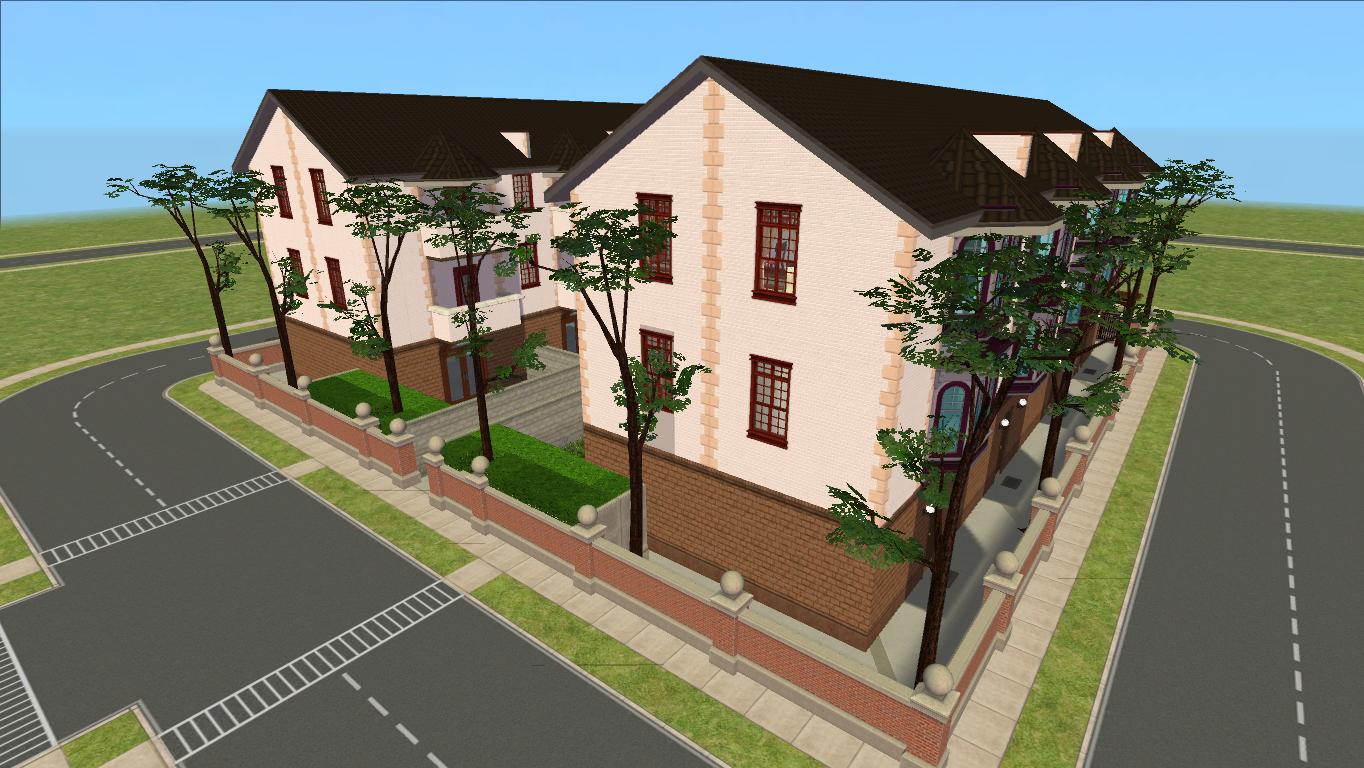 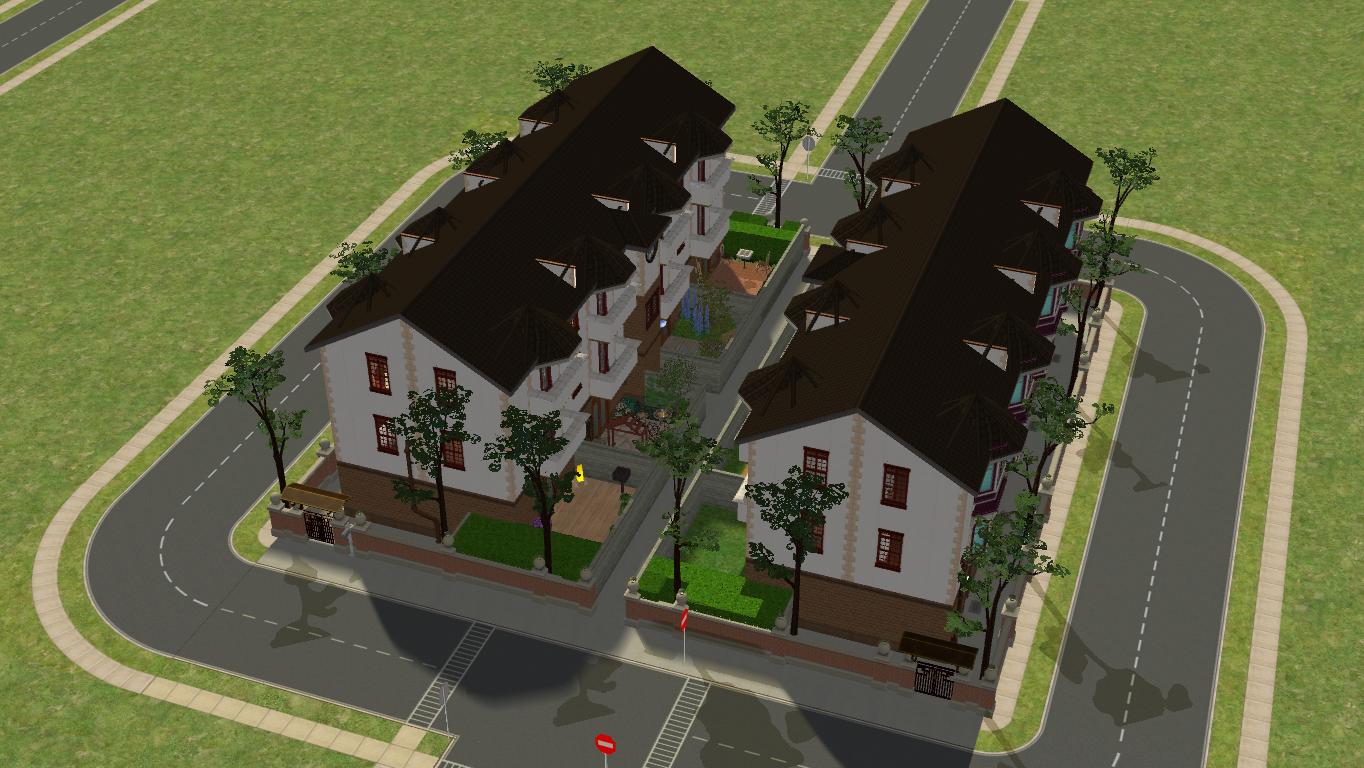 I normally don't want to use CC on my lots, but for this one I'll include some of AdeLanaSP's Chinese sets (aswell as a unique tree made by phoenix_phaerie). Also since there are 2 separate lane houses, I'm thinking about decorating one building only while leaving the second one unfurnished.

Feedback is highly appreciated.
Did I really say that?
- Well, at least yesterday is behind us now.
/Jonipoon
Advertisement
ScaryRob

The exterior looks awesome. Presumably, these are apartments then? How many are there?
My Lot creations: https://simfileshare.net/folder/61276/
Jonipoon

Quote:
8 in total. Each one has 3 floor each, which is standard for a traditional lanehouse.

I've encountered a problem when converting lots to Apartment Lots though... When I try to move sims into the lots, all of the furniture that I used to decorate the apartments disappear. Only basic utilities remain...
Did I really say that?
- Well, at least yesterday is behind us now.
/Jonipoon
aeroplanesss
Test Subject
#4

That's normal. In order to rent a furnished apartment you need to turn on boolprop testingcheatsenabled true then shift-click the front door for the option to rent furnished.
(Then remember to turn off boolprop)
ScaryRob

Quote:
Thanks. However, I don't really need to have it fixed for myself. I just want people who download my lot to be able to rent the apartments furnished. I guess I could direct them to that hack then?
Did I really say that?
- Well, at least yesterday is behind us now.
/Jonipoon
ScaryRob

Renting Furnished Apartments in The Sims 2

Method 2: Before you rent the apartment:

1) CTRL-SHIFT-C to bring up the cheat box.
2) Enter the following cheat: boolProp testingCheatsEnabled true
3) Walk your Sim to the front door of the apartment that you want to rent. They need to be standing right at the front of the door.
4) Clear any actions from your Sim's queue - including other Sims trying to talk to them.
5) SHIFT-Click on the door of the apartment you wish to rent and choose "Rent Furnished."
6) If the action falls out of your queue, your Sim probably needs to be closer to the door.
7) Once the apartment is rented, bring up the cheat box again.
8) Enter: boolProp testingCheatsEnabled false to turn the cheat off again.

Whether you include the second method is up to you. Pescado's hack really is much simpler.
It's also worth pointing out that if Pescado's hack is installed, the second method won't work, so it's one or the other. I found that out myself in a humorous way, last October. Check out this question I posted to a forum at Garden of Shadows, as well as the response to it: http://gardenofshadows.org.uk/garde...38255#msg738255
My Lot creations: https://simfileshare.net/folder/61276/
Jonipoon

Quote:
That's indeed very helpful. Thank you very much.
Did I really say that?
- Well, at least yesterday is behind us now.
/Jonipoon
Back to top