Helping out MadRayneSims over on Tumblr
Hope it's alright putting this here, I just went with general since this isn't about anything on MTS. I'm putting this up in the hopes someone can help me figure out how to help them out exactly.

So, while looking around at interesting tumblr blogs recently, I came across theirs here. They've been doing recreations of objects from past Sims games and even the console versions to TS2, TS3, and TS4. However, they've hit a bit of a roadblock in regards to TS3, which is what I'm most interested in.

MadRayne says they're not able to create some of the things they want, tables in particular, because they don't function properly in game. They used the NuMica folding table from TS1 as an example, in game the table still behaves as a 2x1 instead of a 2x2 and the chairs clip through the table. They've also found that other people were successfully able to create them, so they're not entirely sure what's going wrong.

MadRayne says they haven't created as much for TS3 and have only used TSRW to create their objects. They say if they can't figure out how to fix the slot issues, they may potentially stop creating them for TS3.

I'm hoping someone knows what to do here/what steps they might further need to take. Their content is great and very faithful and it'd be a shame for TS3 to lose out. But I'd also just like to help them out if I can, because I know what it's like to be at my wits end with something.

Edit: Here's a pic so everyone can see what they're dealing with. 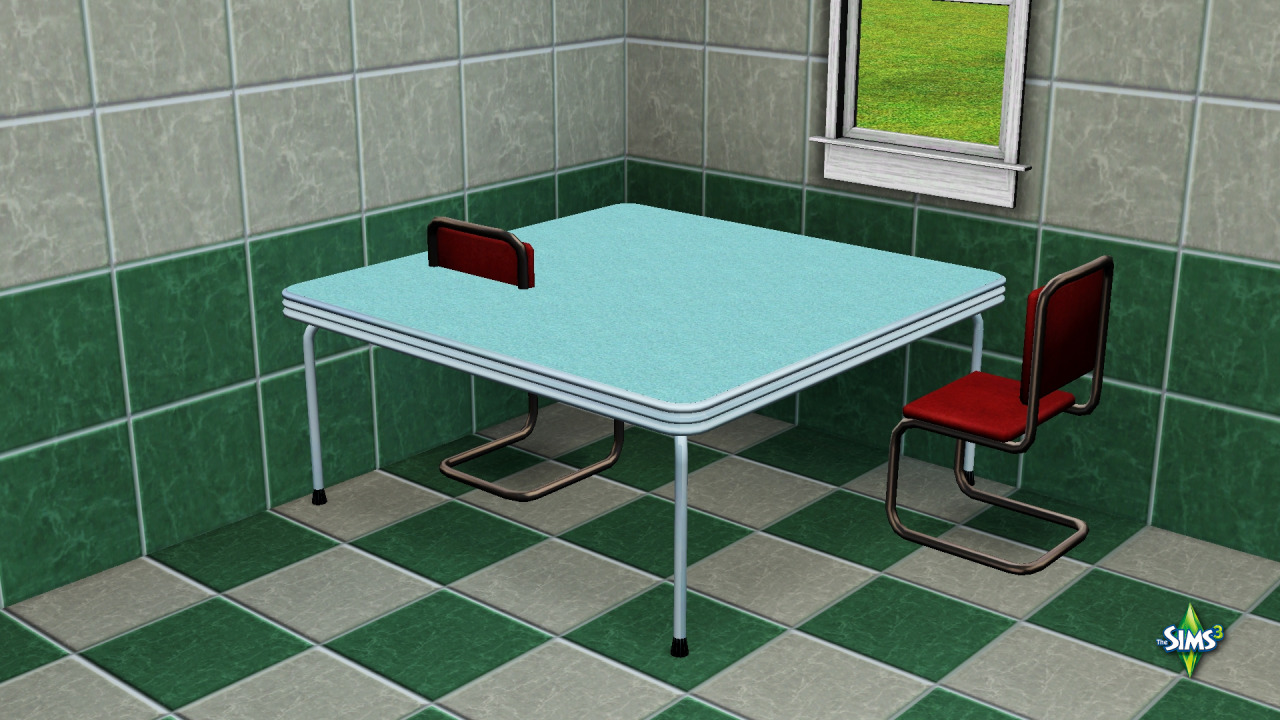 You have been chosen. They will come soon.
Advertisement
daisylee

Can't the person post in the create section here for help? It is not a requirement to post things here for one to get help from this community. 99% of the CAW questions are about worlds that will never be uploaded here, for example. This is an information site as well as a CC one.
Jathom95
Instructor
Original Poster
#3

I'm not sure if they have an account here or I'd definitely recommend it. Some people host their content exclusively on tumblr nowadays if they do streaming/stories etc.

Their main issue is getting some of their TS3 creations to work properly in game. So if they're not already on here, they might not want to register just for that.
You have been chosen. They will come soon.
Naus Allien

They need to move the position of the slot entries that include "_chr_" and "_eat_" in their name. They're in the "Container Entries" in TSR Workshop. The "chr" slots are for the chairs and "eat" slots are for the food plates. Now ADDING more slots may be tricky. It doesn't always work. If the table she's planning to do has 8 slots, it's best to start with another table with 8 slots, i.e. all 3x1 tables.
Jathom95
Instructor
Original Poster
#5

Wow, that was fast! Thanks for the input Naus.

I hate to ask, but since you have your own tumblr do you think you could pass the info along? I don't have one, and I'm not sure if it'd be easy for me to relay to them anonymously if they need more help.

Edit: Actually, this should probably be enough to get her started at the very least. I'll pass the info along and update accordingly.
You have been chosen. They will come soon.
Elynda

That happens to be the answer to something that's been vexing me for some time about a particular cc table, which also had the chairs clipping into it as shown in Jathom95's post. I was particularly keen to use that table so, although it wasn't me asking, thanks anyway for the insight.
Simblr: Elyndaworld *** Wordpress: Tales of Nantrelor
Jathom95
Instructor
Original Poster
#7

I'm always glad to hear when someone else gets something useful out of a thread like this.

I felt a little selfish posting the thread in the first place. It was kinda like "Hey, I don't know what to do here. Can someone else just tell me?" Or it felt that way at least. But honestly, that's really the great thing about this site. You can share that knowledge with each other and even to others who may not frequent MTS.
You have been chosen. They will come soon.
nitromon

How is that selfish? That is what forums are for, people to ask questions, get answers. Only thing that kinda get to me is when things are placed in the wrong forum, but lately I think the admins changed some of the way postings work and a lot of posts like CAW help etc, end up in the help forum. I'm not sure if it is intentional or a glitch. But I got over it, it is just OCD.
Sanity is overrated.

It's one of those irrational feelings, I know.

I guess it's just how you can occasionally feel like you're lumping your issues or someone else's into another person's lap just waiting for an answer, if that makes sense.

But like you said, that's the whole point of a community. This is trying to help someone find an answer to a roadblock they've hit with their CC. Not like you're asking someone to make something from scratch.
You have been chosen. They will come soon.
Back to top