Quote:
Yeah I know, hence why it's a mod that I wish existed but likely never will - I definitely won't be making it

A night market mod where you can shop in the town square when the festivals aren't running and you can buy items you can't normally get for decoration or for whatever use depending on your EPs like flying brooms or wands for Supernatural.

Just a suggestion of possible ideas.
I should be the only one to shine,
I am the Golden Queen of Shadow Galactica
(Translation of a line from image song Golden Queen Galaxia)
jje1000
Mad Poster

Do sort of wish handling babies & toddlers was more seamless & continuous when moving between actions, so that you don’t have babies lying on the ground all the time!
tysika

I want a mod that makes negative moodlets hit double or triple as hard. I want to see my sims miserable more often

. Also to make up for the harder moodlets, would be nice if wishes granted more award points so as to makeup for the passive life points gain while in elated mood.
Wojtek

@tysika, It may not be exactly what you're looking for, but it's worth checking out:
https://modthesims.info/d/432449/mo...ood-flavor.html
Greta Tuneberg - How Dare You [Dance Mix]
tysika

Thank you! I downloaded it. It helps a bit although I don't like having positive moodlets weight less, I wish it just made negative ones more OP. Maybe I can edit it myself, tho (I'm so lazy to learn ahhh).
Wojtek

My pleasure
Greta Tuneberg - How Dare You [Dance Mix]
deadhead_kay

The one by littlemssam? I wonder if something like this could be implemented in TS3, considering that it's an elaborated version of the adoption system with some additional gatekeeping interactions...
LucieSims

I have foster kids in TS3 though it is not an actual feature or a mod but it works all the same except I would be using actual infants, toddlers, kids and teens in the neighborhood that are not in good home conditions. But so far I have only one family with two foster kids because their parents were neglectful. However, the parents are allowed to still be involved in their children lives if they wish and I do invite them to birthday's and holiday parties but I don't think I will ever give them back custody. And the parents have another child plus one more on the way. I will leave them alone unless I notice they neglect them too then I will put them up in a foster home as well. But so far, so good. Hopefully they learned that me, the player, is going to step in if they don't step up.

And here's a storyline the A.I. is playing out. So one of the foster kids, Jodi, has a huge crush on Cairo. Now because they are literally foster children and not adopted into the family which I did not want to do because then that would overwrite their biological parents, this is something I noticed. I am quite curious as to when they age up to teens will she still like him or maybe she has had a change of heart with Zaire, Cairo's older brother, instead who has a crush on her. I never get bored with the A.I. driven stories because there is always something developing, something new, drama and so on. Dynamic not static. 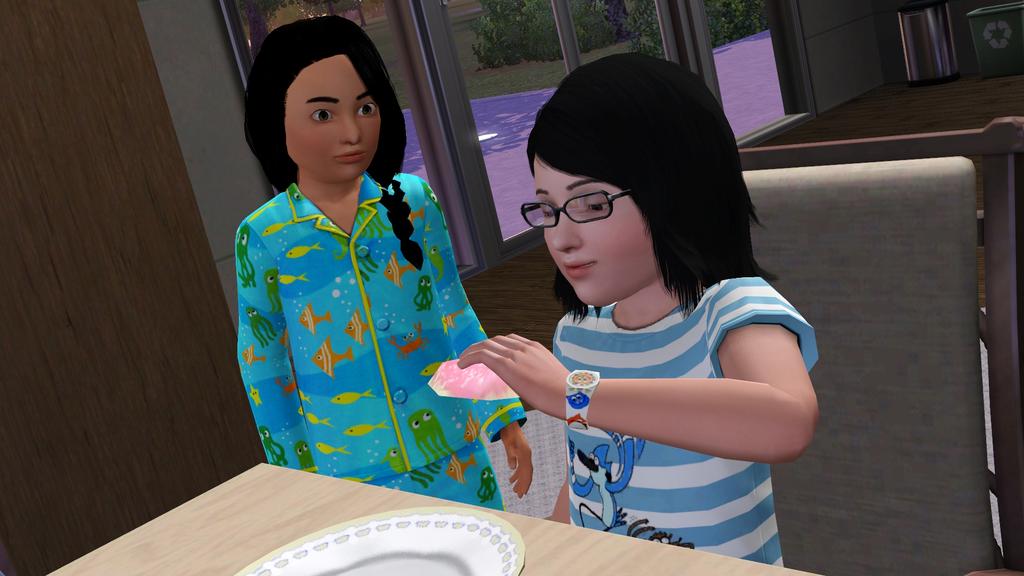 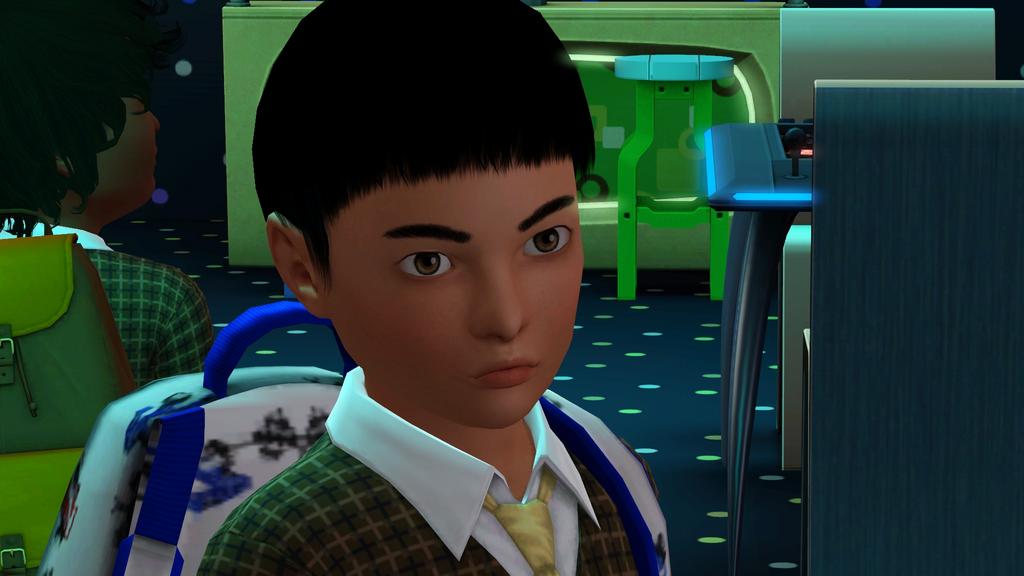 1) a mod that allows sims to use the phone while sitting or walking
2) a mod that enables sims to create and run a blog from their computer - this is how most of the blogging is done.
3) the mod that makes sims do more conversational interactions when sitting - it is weird that that have to stand up to tell each other jokes or to ask someone a question. Sims already can chat while sitting, so why not make this option available for other interactions where the sims are basically just talking to each other.
4) the mod that enables adding singers to LN bands - this is what EA should have done.
5) the ability to design the sims' costumes for Spooky Day or whatever other occasions they are wearing the costumes for. I hate it when they show up dressed as hot dogs, or other random sh*t, if I want to make a themed party, where everyone invited should be dressed in a certain way, such as medieval or futuristic clothes.
Check out my YouTube channel and Tumblr
Back to top