Hi there! You are currently browsing as a guest. Why not create an account? Then you get less ads, can thank creators, post feedback, keep a list of your favourites, and more!
Quick Reply Print version
Search this Thread
Replies: 190 (Who?), Viewed: 19492 times.
Page 1 of 8
Original_Sim
Alchemist
Original Poster
#1

Bethesda's The Sims 4
Bethesda is a video game publisher, known for games like Fallout 3 and Skyrim, which are fairly open-ended. Setting aside the differences in theme, how would you feel if the Sims 4 was developed by Bethesda instead of EA? Obviously, this is purely hypothetical.

Nah, it would get even more gameish and point-scoreish. I just wanna play house.
"You can do refraction by raymarching through the depth buffer" (c. Reddeyfish 2017)
marka93

Quote:
You missed the point entirely.

Just because the publisher has games with themes that differ from our Sims games doesn't mean they'll automatically turn a life simulation game into an RPG adventure. And in case you forgot, EA already tried that with the Sims 3. I'm talking about the quality of the work here, not the theme.

Skyrim is not a life simulation game, but it is gorgeous and runs well on computers that the Sims 3 chokes on.
Inge Jones

Well, it's kind of noticeable that pretty much no other (established) company seems to be doing anything like The Sims. There are endless almost identical car games, and almost identical train simulators, and city builders, so it's not like a company would be out of order making an almost identical family life game. I have no idea why it's not been done. Is there a good reason Bethesda don't do it *as well*?
"You can do refraction by raymarching through the depth buffer" (c. Reddeyfish 2017)
Original_Sim
Alchemist
Original Poster
#6

Quote:
I don't know why Bethesda hasn't done it either, but I think a Sims 4 developed by Bethesda would be a lot better than any crumbs EA can throw at us at this point. Personally, I find Bethesda's marketing strategy less cheat-y. Players are not harrassed in-game by some online tool, encouraging them to purchase Skyrim DLC. And unlike EA's recent Sims offering, Skyrim's DLC actually expand on the gameplay in a way that EPs do for Sims games. The game (plus all DLC) can also be purchased in DVD format (i.e. Skyrim: Legendary Edition).

With Skyrim, I feel like I actually got my money's worth.
JackieSmith
Field Researcher
#7

Differences in theme? They are completely different games.

But I think I see your point, as far as quality goes they share a lot of similarities. Both feature many game-breaking bugs that somehow got past the beta testers (if there even were any) and the critics, both feature engines that can easily load player-made plugins into the game but are otherwise very poorly optimized despite the graphics being stuck in the PS2 era, both were incompatible with half the available graphics cards at the time...
Original_Sim
Alchemist
Original Poster
#8

Quote:
I don't know when you last played Skyrim, but I got it recently with all patches up-to-date and have had no problems with it. It also runs a thousand times better than the Sims 3 on the same system. What does that tell you about the game's optimization? Obviously, the Sims 3 is poorly optimized. I wouldn't say the same about Skyrim.

Okay, now I have to copy and paste here my reply in the other thread to Jackie Smith about what I think of Skyrim/Sims 4:

It is a different game, however, the world is huge and is beautiful and it has features EA could implement into the Sims and does not. And it's not laggy, even though it's a really big world. A sims game could be made with such a world, where the towns are separate on the same map and load independently. That way one could have his/her sim visit other towns and make friends there, but those towns/people would not all have to be loaded at the same time, reducing lag. Also, that way one could take his/her sim or sims out into the open world to explore, go fishing, harvest the wild plants, like they grow in Skyrim. Also, the hunting aspect could be added to the game this way, even animals that Sims could befriend and adopt for pets could be out in the open world, which reminds me of some of the Harvest Moon games. Wow, I am now thinking of so many possibilities that could be added to the Sims' games that would make them a ton of fun, but that EA would likely not implement. I guess now I'm just bummed out.

I'll also add to that that my Sims would be able to go out camping in the world, this would seem like much better immersive gameplay to me, rather than just going camping in one of the lots inside the same town. It would be much more like a REAL LIFE simulation than what EA gives us. I want this SO BAAAAAAAAAAAAAAAAAAAAD!!!!!!!
Is it not better to be counted among the strange rather than the incurably stupid? ♥ Receptacle Refugee ♥
Don Babilon

Yeah well, Bethesda is indeed probably the best candidate, given that their nickname is Bugthesda...
ZenGarden

I think this is a very random topic
Motorcitydude
Instructor
#12

Agreed. At this point, anybody else would be better than EA. The Sims will NEVER be as good as it once was as long as EA holds the trademark and I.P. rights to it.
eskie227

If you want to go for sheer speculation, how about Ubisoft? They seem to actually care about their players' experience, unlike the bean counters at EA.
TheRealLovecat

Ubisoft has simulation style games so it'd likely be heavily stylized as well. Look at Petz. 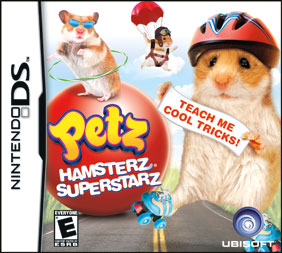 If this is any indicator we'd likely have a zillion expansions.

Fans mistakenly think that developing The Sims is easy. It is not.

To compare what Skyrim does to what Sims does shows a clear misunderstanding of what the technical demands of the two games are.
Sims Producer Graham Nardone - Follow me on Twitter @SimGuruGraham
TheRealLovecat

I want this on a t-shirt.
Inge Jones

Well in *my* post I was actually talking about established companies with professional game architects, not some indie amateur

I don't think anyone on here is under any illusion that you can sit down and write a Sims game in an afternoon - anyone who has tried modding, and far more have tried than have succeeded, will be aware of that.
"You can do refraction by raymarching through the depth buffer" (c. Reddeyfish 2017)
CircusWolf
Instructor
DELETED POST
24th May 2014 at 10:46 PM

This message has been deleted by CircusWolf. Reason: AARGH! I need to work on my anger. Quote of this on Pg.2 for the curious folks.
Klinn2

I suspect Beth would agree that developing Skyrim is not "easy" either. But if a competent AAA team such as Beth decided to create a life simulator, I'm sure they could.

However, any company thinking about getting into that market is going to look for a unique hook, something that sets their game apart from The Sims. Even in a crowded market like shooters, developers try to come up with a twist to attract players. So the question is -- what unique angle could a company emphasize to distinguish their life simulator from The Sims? Life is life, right? If you concentrate on just one aspect, you end up with something like those dating simulations or celebrity simulations that have appeared from time to time.
TheRealLovecat

I don't see him being condescending as he works for THE studio that is developing THIS game that most of present company bashes and picks to pieces on a daily basis. He knows the inner workings of the development where as we can only speculate based on, at times, limited experience and manipulation of previous games or still images.

That's just my opinion, though. I think he's in the right.
Inge Jones

I dunno... in simulations, a lot of them just try to beat each other in quality of graphics and how realistic the simulation is. Assuming other companies have developers with similar level of skill as belong to EA, what's to stop them going for the simulation angle, which EA had increasingly veered away from in The Sims in favor of humour and quest type play?
"You can do refraction by raymarching through the depth buffer" (c. Reddeyfish 2017)
CircusWolf

I understand that, but in all seriousness if it's not easy to Develop The Sims and we are these fans who don't know all the work that goes into devving the game, then why do we have the mess that is TS3? 11EPs/SPs and all those patches later and I still need mods to be able to actually enjoy the game.

If you want to say something is not easy and we just don't understand, back it up with something that proves your point, not a slapdash rushed out mess that needs numerous amounts of the internet equivalent of duct tape and prayers for it to work.
(◐ω◑)
What kind of Sim loves like this?
(◐ω◑)

This message has been deleted by lovcat. Reason: Nevermind.
CircusWolf

So that means that we can just happily accept Overpriced bugged messes of games and the horribly priced messes of DLC because "OMG everyone's split up! Let's have sympathy for them"? I'm sorry but if you are split up, logic would dictate that you figure out a way to keep consistent communication between each other instead of sitting here putting more work on and therby messing more shit up and then keeping quiet about it. I mean seriously, no excuses. You can't say that its hard to make a game yet put out a rushed out mess as proof of the hardness of making a game, especially when the pricing for the games/DLC is ridiculous. What am I paying the high prices for then? for you to sit and fuck more shit up?
(◐ω◑)
What kind of Sim loves like this?
(◐ω◑)

Quote:
Well, you can turn that around and say that the issues in The Sims 3 shows just how difficult it is to develop a game like this.

I've wondered if a life sim that puts you closer to the action would be possible. Not a first-person viewpoint, but maybe a close over-the-shoulder view of the character you're currently controlling. Something that sort of puts you in the shoes of the character.
TheRealLovecat

Don't you know the mantra of the forum? If you're buying the broken items then it's your fault. You're encouraging them to make more and keep things as is.
JackieSmith
Field Researcher
#25

Might want to start saving up for a new keyboard, cause when Skyrim decides you've had enough fun and breaks a quest-line or corrupts your save halfway through 100% completion that thing is flying out the window.