(The guy in the last two pictures is one of my favourite game-generated role sims!

Everyone was asleep, or so I thought... Apparently Lyndsey needed to wander in the fields at about 3 am for no apparent reason. I really wish there would have been a well behind her in this pic...
"Nothing is what rocks dream about." - Aristotle
simsample

Theresa, is that you?
I will choose a path that's clear- I will choose free will
-RUSH- -RADIO- -RADIO- -ARCHIVES-
Simpeople and Me Archive- -11Dots Archive- My Sims World Archive
maxon

May be or May be bot.
I no longer come over to MTS very often but if you would like to ask me a question then you can find me on tumblr or my own site tflc. TFLC has an archive of all my CC downloads.
I'm here on tumblr and my site, tflc
Charmful

Rando Pics
Hoh Fruhm Fraternity has a karaoke machine in the pool area. I have no idea why Raphael Lavillos is trudging down the stairs in vast disappointment, but it might be related to Trent's singing. Olivia Kapitha started a workout regimen, which in her silver years, can do a number on her calves if she doesn't stretch thoroughly. Rosaline Kapitha has a snow day and makes the most of it. One of my newer residences to Kashmire, Angelique Thompson, getting ready for bed. Her hair is so voluminous that it takes up all of her thumb portrait and I constantly am led to believe her needs are tanking but false alarm. I assume this maid knows what she's doing... It would definitely be easier for General to find himself a girlfriend if he didn't burn down the kitchen every once in a while...

Not that the youngest Grunt is any luckier - Jill likes him well enough, but giving hiim a noogie right after falling in love with him is a bit extreme.

Meanwhile, in a different universe...

Uh, guys? Your graves are in the graveyard, where they belong, and I'm not putting them back on the street! (the natives didn't take kindly to me redecorating Gamesend Grounds

Also, I'm currently messing around with Tarlia's cleaned Belladonna Cove, where the two witchy friends of the Cordial sisters seem to be townies. Of course, with the acute lack of actual townies (I've just started the hood), my game decided to make them apartment residents.
On the same lot. Because why not?

So they go around countering each other's spells and making the lot nice and flashy. Also, this:

But I got worried when a pregnant woman from Widespot walked all around the house!

And in the Tank house:

General resurrected his dead wife. They aren't attracted to each other

And I think it's going to get nasty; the resurrection didn't go quite right, her face is starting to fall off

I took off her extra glasses, but she's getting worse. Zombie?

And in another room, big tough Tank becomes an adult without ever being kissed-

Don't let Lyla breed like that or she'll pass on her corrupted face to any kids she has. As you've probably noticed, doing a "change appearance" on her only makes the problem worse (several Strangetown ghosts are messed up liked that). If you want Lyla to have kids, fix her face by giving her plastic surgery and make it genetic - either use SimPE or the DNA fixer in my signature.
Thanks to Crmelsimlover for sharing these rare Christianlov mods for TS2: Cpack editor with working face DNA fixer and Skin Selector Painting Prototype. Instructions for adding custom skins to Skin Selector at post #5 here. Instructions for using the DNA fixer at post # 2662 here.
yavannatw

That's his wife sitting there having breakfast. Why couldn't he go to work? Never seen that before. Hmm...
grammapat

Maybe the "watcher" KNOWS something - like the wife has no intention of dealing with a baby.
Namaste... or "go"
Pideli

Yay! I managed to make a werewolf without cheats for the first time! Took me way too many tries to realize I needed to lock the sim and the wolf inside a fence for it to work. There was a teen party at Roseland's...

Thanks, changed to tinypic
grammapat
Mad Poster
DELETED POST
9th Jul 2017 at 10:01 AM

Yes I'm replying to MYSELF
This message has been deleted by grammapat. Reason: capture what?
grammapat

PHOTO BUCKET STRIKES! I had a FREE account at photobucket...but you see their tag all over, where they will no longer host pictures. So I grabbed a bunch of personal pics and closed my account. I'll have to go find this site's photo-share.

Quote:
It's called mod your panties - if you Google it, it will turn up as the top link. You need to be logged in here to get it to work so do it in a second tab (you can log in but I find that easier, especially as I'm usually linking to something from there to here). It will only link to MTS though.
I no longer come over to MTS very often but if you would like to ask me a question then you can find me on tumblr or my own site tflc. TFLC has an archive of all my CC downloads.
I'm here on tumblr and my site, tflc
DezzyDoesThings

Yeah tinypic screwed me over too so I use modyourpanties.
"Oh look, my grandchild is now an elder. They grow up so fast. Gee, I wonder when I'll finally graduate college." Sims 2
Freefalldreams
Scholar
#1396 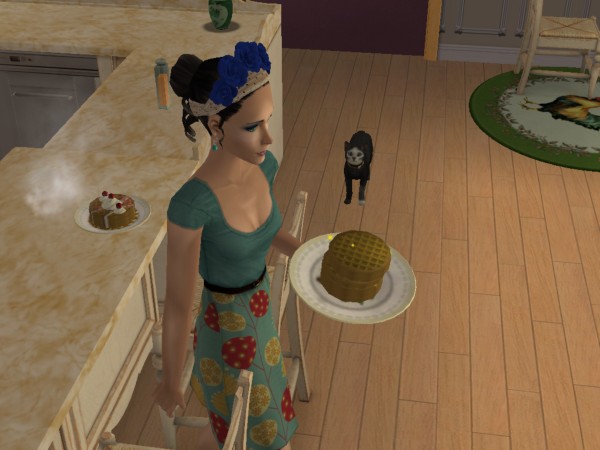 Even if only the feline audience appreciates breakfast being served, that audience is very interested. 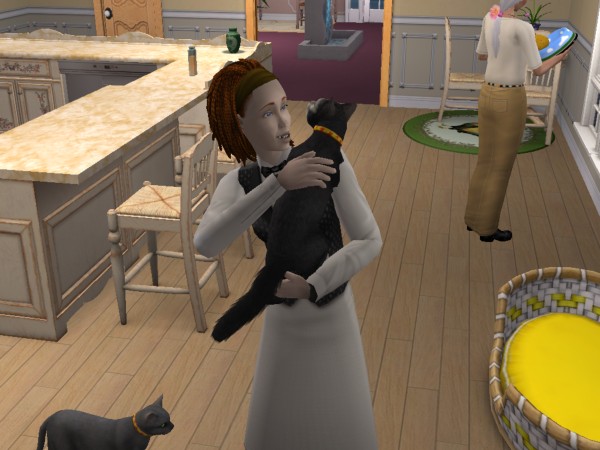 This is Trista Royce, who apparently has no problem with wandering into strangers' houses late at night. Sure, she loves cats, but would you like a strange vampire showing up in your house and making herself at home? 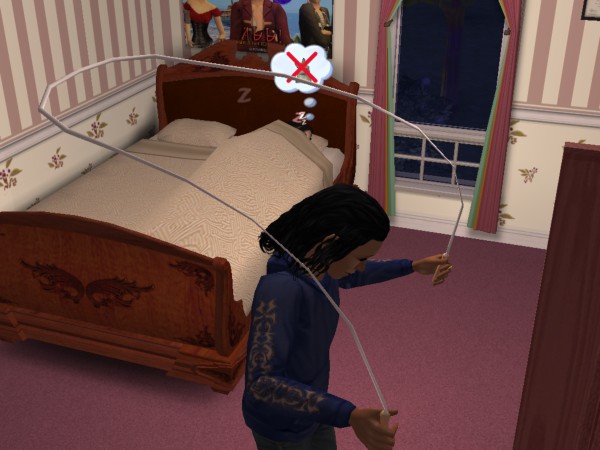 She's not the only one who lacks boundaries. Andrew Martin would rather jump rope in the boarder's room than in his own. 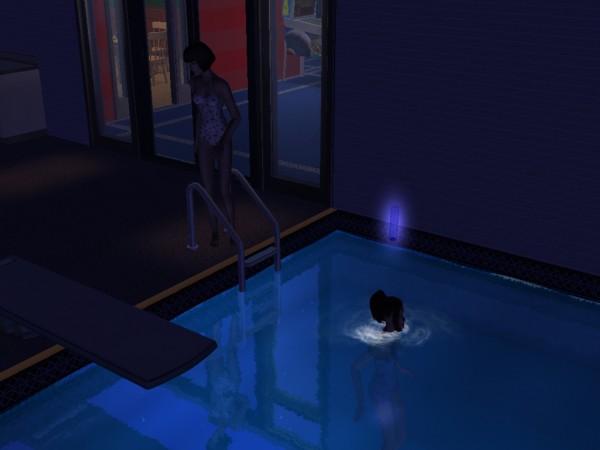 Games of Glory welcomes use of its pool at all hours...for Marco Polo, of course!
Please support the Sim National Labs [email protected] team!
Stuff I've made!
Mrmo
Scholar
#1397

I would not have any problems whit Trista Royce. I love the vampires in the game and she looks good too.
blueskii55
Lab Assistant
#1398

I love the genetics in the game so much... Little Elianita has her father Juanito's eyes, but she is her grandma Bequita from the nose down. It's funny, their personalities are basically identical as well. They are both complete neat freaks.
"Nothing is what rocks dream about." - Aristotle
TigerAnne I was trying hard to get my sim Juanito (^) a wife, because his mother Bequita is a catholic family sim and she was really rushing Juanito to settle down and make babies. He courted only a few women until he settled down with his current wife. The first sim he dated was Florence De La Rosa, who fell in love with him, but the feelings were not reciprocated. They did remain friends, and Florence even came to his wedding, but this photo broke my heart as she watched Juanito start his future with someone else...

"Nothing is what rocks dream about." - Aristotle
Back to top