It's beginning to look a lot like....November! Too soon? This month's creator is our very own TheSweetToddler! TheSweetToddler is becoming a go to modder, known for her incredibly well thought out and useful family gameplay mods, primarily catered towards children and toddlers! As she continues to create new mods, it's becoming clear that she's definitely a creator to watch

1. When did you start playing The Sims Series and what attracted you to it?

I honestly can't remember, maybe I was around the age of 6 or 7 (I know, very young! I didn't understand most of it). I started playing the game thanks to my mother, she used to play TS2 all the time when I was a newborn baby.

2. What is your favourite installment of the Sims series?

The Sims 3 and forever The Sims 3. Although, I do really like The Sims 2 as well.

3. If you could only have one expansion/stuff pack from any of the series and it would work with your preferred instalment (1,2,3 etc), what would it be?

I love the EP Generations from TS3, it really brought a lot of fun things for all of the ages to do.

4. When did you start creating for the game and what made you decide to become a creator?

It was probably around 2013, when I was 8 or 9, where I started to make CC for my game (mainly poses) and later on in 2017 I started with other things, such as clothing recolors, animations and mods. Once again, I can't remember why I decided to start creating content, but I have an idea that I most probably just found it fun to pose Sims since I had never done anything like that before. But later on, I made more content because little 11 or 12 year old me really wanted to become a featured creator (which in the end, did work out!).

5. What is your favourite thing about being a creator?

I love being a creator for various reasons, but I guess the main reason is because it makes me feel happy to know people like the content I make, and also that I love creating content. Every time I come up with a new project I love to try my best at making the project as well done as possible, even it ends me in tears of frustration.

6. What was your first creation? Photos welcome!

The first thing I ever created was a pose, sadly though, I don't have it anymore because it's long gone in my dead old hard drive. Although, the first creation that I tried to publish, is I'm not telling you because it's too cringy

7. What creation are you most proud of?

I'm really proud of my "Children can care for their lil' siblings" creation, because I put a lot of work and effort into creating it and 2 other creators helped me too. 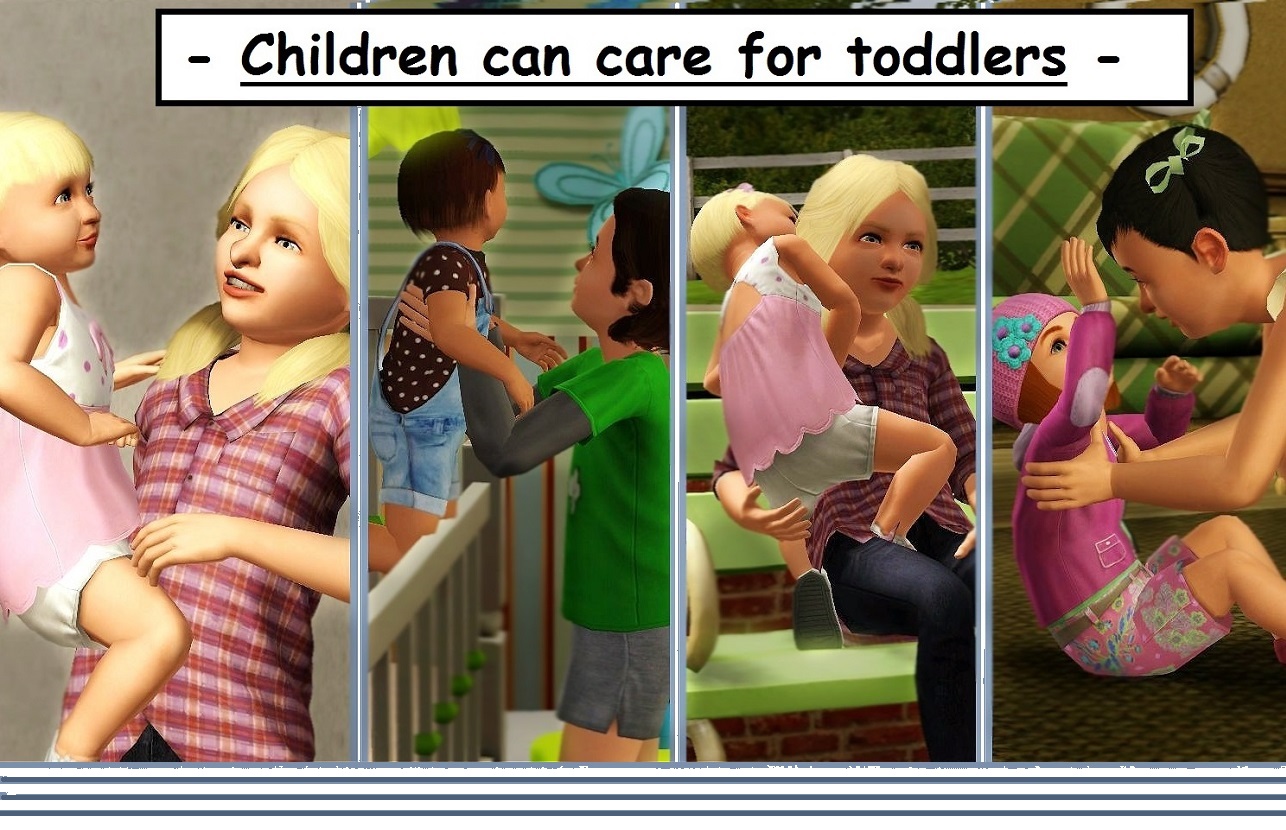 8. What is your most/least favourite thing to create?

For me, creating anything has it's pros and cons. I love creating mods but I also hate it too when it comes to making dozens of animations for it, since I make a few, and then I leave it for some weeks and then I make more animations and then leave it and the cycle goes on. For example, I've been working on a new version of one of my mods for over a year now. I also still like making poses, but I don't like the part where you actually have to make them into a posepack.

9. Are you influenced by any other creators (for The Sims or elsewhere)?

Not really, except for some of littledica's buy mode content. They've inspired me to create some 3D models, not for the Sims though because I still have to improve my texturing skills a little bit more.

10. Who is your favourite Sims creator(s)?

11. What piece of CC would you recommend to anyone reading this (yours or otherwise)?

Well, there's a lot of really good Sims content out there that I have, but NRaas MasterController for TS3 is a really good mod to have.

12. What tips do you have for up and coming creators?

Never think that you can't do something for whatever reason, because no matter what we are all capable of doing the things we want to do. I remember some time ago that I wished I could mod TS3, make new CC and know how to make textures. Now, I can do all of that, all because I focused on being able to do it, and didn't give up. So if you're thinking about being a creator, just take some time of your own to start learning from tutorials or discovering how to do things on your own

I love both equally

You can see more of TheSweetToddler's amazing work here on MTS! Thank you so much for taking part

I'm really proud TheSweetSimmer got featured, having previously talked with her on her Discord, she is incredibly kind!

Your creations add so much stuff to the game that should have been in there right from the start. Thank you for your creations, and nice meeting you

Interesting interview! Was nice to meet you, TheSweetToddler. Thank you for your creations.
Here you can see more of my creations and conversions for sims 3. ;) I`ll glad to see your comments in.
Simonut

Meet Me In My Next Life

I love your work but unfortunately I only play Sims 2 that version is my most favorite. Your interview and questions ask and answer was nice to read.

"Nothing in life is a Surprise it just happen to come your way at the time".
simsmidgen

Your mods have been game changing for me, I thank you for that and I hope you continue to enjoy your own game and enhance other simmers games

TheSweetToddler Thank you for all your great mods and for sharing them with us! You are such a great inspiration!
Simsdestroyer
Forum Resident
#8

I love your mods!!! Congratulations on your feature!!!
Freya5

Thank you for your incredible poses and mods, I just love the reality and the detail you always put into them!

Please follow The Grey Witches on my blog!
Simmiller