The Welsh Family - Living Out On the Old Silo Farm (Sort-Of Poverty Challenge)
(NOTICE: This isn't going to be much of a story, more so a blog of sorts. Also, none of the Veronaville premade families such as the Capps won't age since I won't really be playing them so much, so when the Welshes are in their third gen Juliet'll still be a teen. So there's that.) This is the "residence" of the Welsh family. Warren Welsh and Willow Welsh are the two sole members of the family, after both of their parents died recently in a mysterious fire accident where, no matter what, they couldn't come back to check their cooking, and the parent-to-parent introduction party was left in shambles. Funerals followed after, and after a sorrowful few months Warren and Willow took it upon themselves to marry, and they decided to move all the way from the quaint town of Little Aylesby to Veronaville, unknowingly walking into the middle of a feud between the Capps and Montys, with the Summerdreams... undecided. They lived in the BV Estates, an OK at best hotel from the LBH Housing Company, which covered shacks to houses, famous for their "Lots and Housing Bin" collection with a seemingly infinite supply. 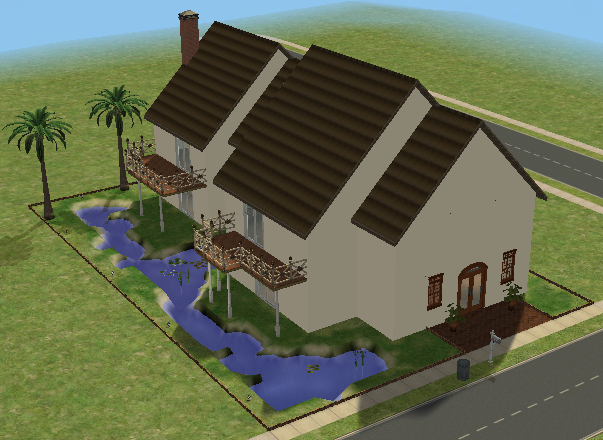 After looking through the available houses for sale, the Welshes eventually decided on the town silo farm. Once a prospering center of farming and fishing and such, it was soon abandoned and almost entirely stripped - except for now. 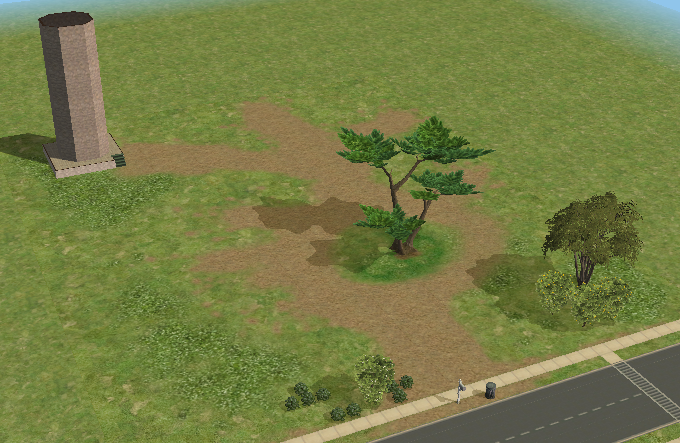 Turns out, the Silo Farm just cost a little too much for them.

In the beginning, the family was just barely able to put in a wall with a small roof, give the silo a roof, get a toilet, shower, bookcase, chair, bed, and fridge even after selling a nursery bush. Warren, surprisingly, was the one who had plans to refurbish the farm, although Willow wondered if it was even possible to pull off such a feat. After learning some skills and such, the older members of the Monty family, Patrizio and Isabella, and a member of the Summerdream family, Titania Summerdream came over to check out just what was that rubble at the Old Silo Farm. As odd as it sounds, they had a decent time, and they were sent off happily. The family lived on mere "Instant Meals" from the Landgrabb Eats company. They tasted OK, but were as filling as a few chips and with only a few Simoleons, they had to make do.

Early on, there was a bit of a dilemma with the shower.. - Warren had done some... interesting things in the shower, and because of this puddles were left all over. It was hard to wipe them out, espically with them being on mere mud. Somehow, it was.. possible, and the family went back to business. Although every time Warren takes a shower, he'll probably proceed to do this.

After a nice night in bed, despite the freezing wind in Veronaville, the family woke up, ready for another day. Warren went to work as an EMT, his dream job and his key to making money. .not until the boss docked a day's pay for him, leaving the Welshes with no money, luckily unknown to Willow.. luckily, the boss still paid them some money out of sympathy, and so they bought a cheap counter and a coffee table plus radio from a thrift shop.

At least they could have some turkey sandwiches, or.. bread.

Chapter two coming soon.
1 users say thanks for this. (Who?)

Funny start; hope it stays silly.
Namaste
Back to top