Mark, I like to see your updates and I'm also glad that you're having so much fun.

Well with the 4th promotion and Larry turning into a teen this is how it looks, Elizabeth will age up to elder in 6 day and if it all works out she may get 2 more promotions for she is at lvl 6 now but I did not check her days off yet.
I always allow them once they turn into elders to complete the job there in and then make them retire.

Elizabeth only was able to get 1 more promotion losing out to days off, here is a pic of Diane who flirted with Larry and now is his girlfriend and Larry has moved to collage now.

I also should put in that Vernon only has 1 or 2 days left so he will enjoy the last days doing what ever he wants to do.

ADD: There both back from collage and Lisa the 3rd gen is born.

ADD: After 14 days and getting two chance cards promotions, 1 each they have finish the first floor.

I think I'm done with the challenge that this point, it's getting a little boring. But I'll keep this one in mind next time I fee like starting a new family, it certainly was good fun!
marka93

This is how Lisa looks as a child and what she got when she aged up. 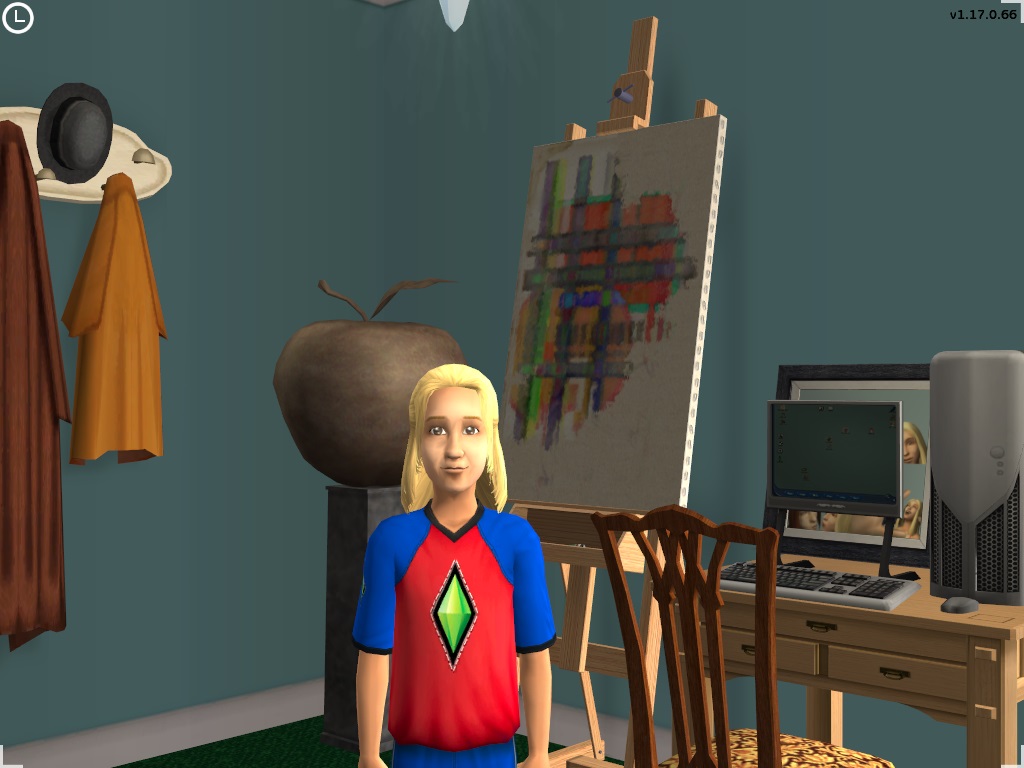 This is my first challenge and I found it really fun!

Before I played this challenge I always used to bulid big rooms and I never knew what size they should have been. Now I liked building and furnituring. At first I created the female which LW was to get to the top of Education career. She also found her soulmate and had 3 children. I was really happy when I built the second room. It was very hard to play when the sim who couldn't bathe without sending sleeping sim outside or when the babysitter needed to use the toilet and everybody had to stop what they were doing and go out. When first sim was elder, everybody died because of the disease. Then I created another female and she had only one daughter. Also her fiance didn't move in. She reached the top of the Journalism career and when her daughter grew up and she turned to elder she retired. Before she died she was looking after her grandchildren. Her daughter was on the top of the Athletic career and it was such a thrill to build another room! She fell in love with a lot of men and had two daughters and two (or maybe three) sons. One of the sons died due to an illness and this whole family would end up the same but the oldest daughter has learnt the recipe for the Grandma's soup. Now she reached the top of the two other careers and her oldest daughter reaches the second one. Now the house looks pretty well. They have the big living room with the kitchen, the two bedrooms and the bathroom.

God I loved that household but its gone now for I had a virus that locked up all 6 of my hard drives and I had to reformat my computer and start new.

I lost every thing and I do mean every thing I was playing and working on not only for the Sims 2 but all other games I had installed.

Ok got my game reinstalled last night and started doing this challenge today.

Who ever flirts with my sim first is the one he will marry and this downtownie is the one. (2nd pic.)

So I sent them of a date and here is the pic with the flower and later that night she gave him a tv which I sold to fix up the house. (3rd and 4th pic)

Had to change his hair color and give him a hat so they would have bolts and now they get 2 for the change. (5th pic.)

After he marries her I will have her change her turn on/off and change his his color back to blond.

Oh no, Mark, I'm sorry to read that

I love that downtownie, I'm sure James and her will be very happy. To them!

Well I forgot her name but here are some more pics.

I started playing this a few days ago and so far it's been quite a challenge! Usually I do rotational playing but I've been drawn into this house. Originally I was going to take screenshots and document what's going on, but casual posting about it seems like something more doable *grumbles*cursed retail job...] So that being said, I'm going to talk about what's happened so far while my game is loading. By the way @marka93 : I love your updates! I hope you keep doing them!

This is Hermine Chimpanzee, a Popularity alien that's decided to come to Exhaustion Valley and study the local human population. Her LTW is to be the top of the journalism career, and she's already on the way to getting there. She was fired from her first attempt, but now she's on the fourth? level of the career. Right after she moved in, she dug for treasure and found a treasure chest! It's decorating her only room right now and it'll stay there as a reminder to keep going no matter how rough living in a one room shack is.

A shot of her house from the beginning.

So my game's loaded and I'm in the house. so here's a current shot:

Try to ignore her fiance Ebubekir stepping on a dirty plate. The chest hasn't been moved but thanks to a brief and scary kitchen fire. there's now a smoke alarm.

A closeup of Ebubekir. He's trying to blend in with normal simkind, so he has a more perfect disguise. He's a popularity sim and wants to be The Law.
My simblr


In the name of the Moon, i will right wrongs and triumph over evil, and that means YOU! ❤️

I'm going to have to try this out, but it will be incorporated into my BACC, so they will be limited on the careers they can top until the other families can open spots up for them. Marka, sorry to hear about your computer issue, but I am glad to see you are starting over.

This challenge works really well for sims3 and is giving some new variety and texture to the whole notion of a legacy challenge.
Daria meets The Sims, Reality TV style.
floopyboo

Sorry for the double post. I'm just letting you know that this works amazingly well for sims3. I'm on my sixth generation with a budding mansion built of earned 5x4 rooms. I don't think I have ever enjoyed a challenge as much as this one. I don't know what posessed me to look at sims2 challenges, but I am so glad I did. Thanks OP. This continues to be tons of fun.
Daria meets The Sims, Reality TV style.
marka93

Is adopting a child allowed?
SneakyWingPhoenix

ETA: I have a question thought. What If I do have an EP? (All except for Bon Voyage). Is there a way to change a LTW apart from completing the first one?
Lisrouge

I gave this one a try. I only stopped, for now, because the game glitched when I was moving out her kids. 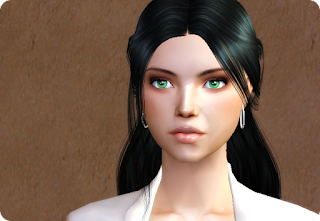 This is how it looked at that point. And it may seem weird,
but having that curtain placed in front of the toilet called my OCD about everything being in just one room. XD 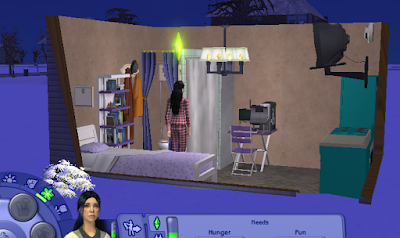 After the babies came and Monty moved in

After she and Monty got promotions. 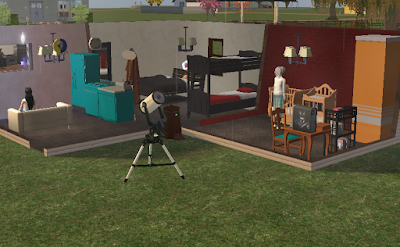 That's how it looked just before I closed the game. I couldn't save it though. 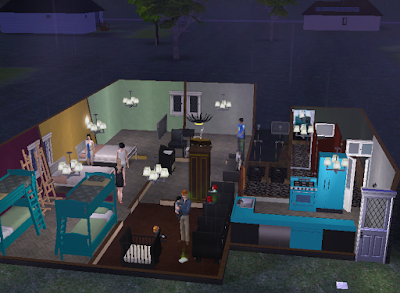 She had 3 boys, I really wanted a daughter heir that way I wouldn't have to move in anyone until Amelia or Monty Riot (from college), died. Two of her sons, Alexander and Ethan, went to college and met their wives there. Alexander's wife had quads and Ethan's had triplets. But among Alexander's quads there was a girl, Alicia. I decided to move everyone out except Monty, her husband, and Alicia, but Marcos glitched the game by not moving out. XD
Check out my ToT neighborhood Hoohoo. Last updated: February 2, 2020
Family Trees
twilight.garden.0
Test Subject
#43

I'm going to try this, but I was also wondering if anyone knows if perihelion's challenge still posted anywhere? It's the one I was looking for originally, but this is similar and I'll give it a go!

Editing with some pictures, hopefully! They might be tiny, I will try to get better ones, but I'm happy with my work! With just a few mods/cheats this place is fully functional! Even the cribs. Each parent can even both go pick up a baby at the same time. 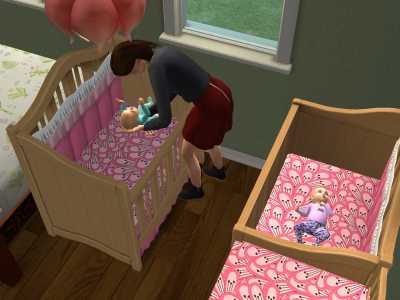 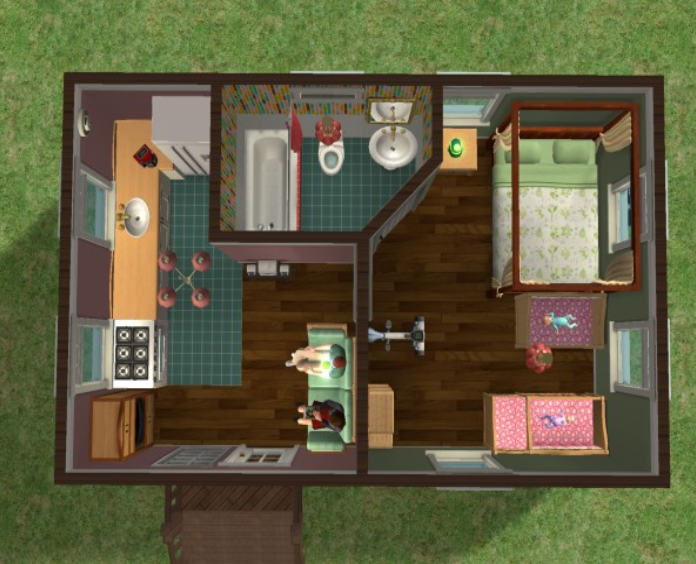 My memory is turning into plum rubbish. The other day I was remembering how in Sims 3 I had a particular Sim in a particular town and how I had her doing some kind of challenge that involved building onto her house one room at a time. I'm so glad I looked in this thread because now I remember--it was a challenge almost this one, but not quite because in that case it was based on money, as in earn so much money and get a room. Now I'm going to have to add this to my neighborhood, although I'm not sure I'll stick to doing the careers, may just go back to doing it with every so much money earned. Either way I agree with Pescado's ancient post in that this isn't a difficult challenge but not everyone needs everything to be ridiculously hard to enjoy it.

I think I have just the Sim, a recent college grad. And she thinks her current house is small!
estarile
Test Subject

1: Are 4x5 expansions earned if the LTW for a career appears multiple times? (So, if the family has had 2 Generals, did we get 2 4x5 spaces or only one)
2: If we have nightlife are we allowed to "put things in storage" (i.e the inventory) if we don't have room? If so are there any restrictions on this?
SIMposiast
Instructor
#46

Based on what lauratje said in post #19 of this thread, you should be able to get two rooms if you hit the top of the military career twice. That's how I interpret it. And based on what she said in the first post laying out the rules, I think storing stuff in inventory is against the spirit of this challenge, if not the letter. But I've seen her post recently so she's still around. Maybe try @'ing her to draw her attention back here.
Back to top