Inconsistent fade distances
After getting Sims 2's graphics setup to use max settings, show all neighborhood decorations, and maximize the fade distance, I'm still having some weird issues.

I've added these to my userStartup.cheat file:

Here's how things look in live mode. For the most part looks great: 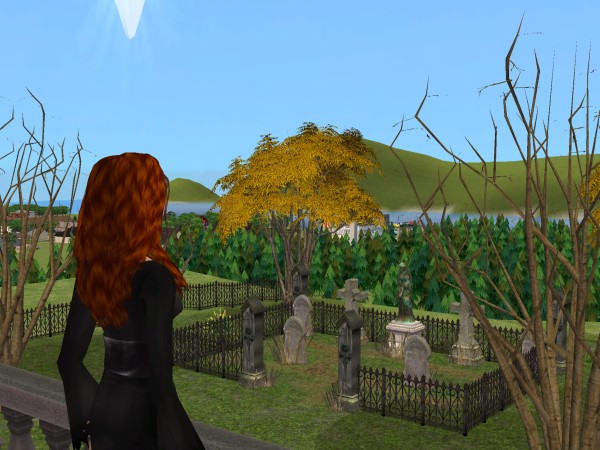 Buuut, the second I hit tab and go into CameraManMode: 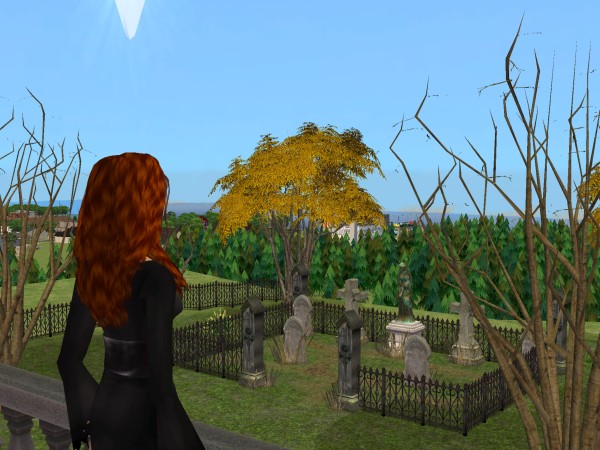 I also noticed that it's not just when I go into CameraManMode; scrolling in and out also seems to effect the draw distance greatly.

If I scroll in as far as I can go, the mountains are gone: 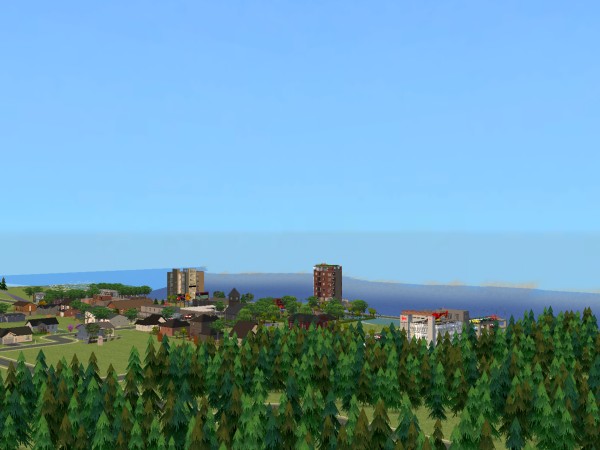 But if I scroll out further (as far as I can while still being at an angle that can see the mountains): 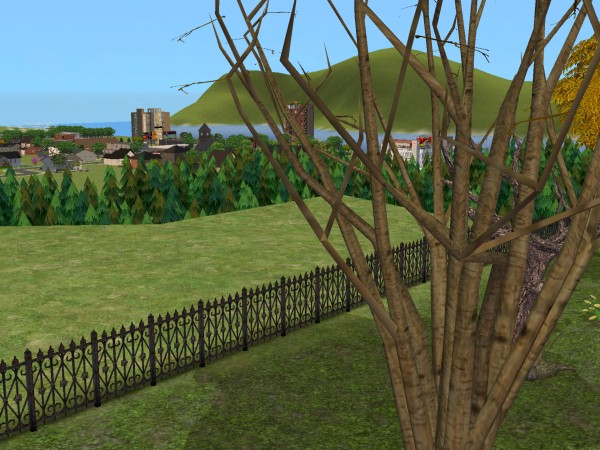 The mountains start to pop back in.

Are there any other settings I need to change to make the draw distances more consistent? I realize these are pretty trivial things as far as gameplay goes, but I primarily use The Sims 2 for movie making and the particular set I have right now is an important one for what I'm making and I would like the distant mountains to always remain visible, especially if I'm in CameraManMode.

Have you turned "Fade Distance" off in your Options settings? This should work with neighborhood deco. I'm not sure whether it will have any effect on terrain features, but it can't hurt to try.
Thanks to Crmelsimlover for sharing these rare Christianlov mods for TS2: Cpack editor with working face DNA fixer and Skin Selector Painting Prototype. Instructions for adding custom skins to Skin Selector at post #5 here. Instructions for using the DNA fixer at post # 2662 here .
takeyb0y2
Test Subject

That's odd. I haven't used those cheats you mentioned, although I think I may have heard somewhere that lotSkirtSizeIncrease might be buggy.

Have you considered using a horizon to provide your mountains? Since horizons are neighborhood deco, you wouldn't have to worry about them fading out on you like the terrain hills. My favorites are these by Greatcheesecakepersona.
https://greatcheesecakepersona.tumb...4042017-see-the
Thanks to Crmelsimlover for sharing these rare Christianlov mods for TS2: Cpack editor with working face DNA fixer and Skin Selector Painting Prototype. Instructions for adding custom skins to Skin Selector at post #5 here. Instructions for using the DNA fixer at post # 2662 here .
SIMposiast
Instructor
#5

Try a value of 120 for lotSkirtSizeIncrease and see what that does. That's the value I've seen others use the most.
Back to top