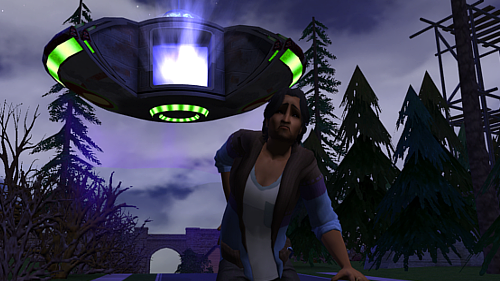 ROS was cruel enough to have this fellow abducted TWELVE times in one week. I'm pretty sure this sums up his experience. 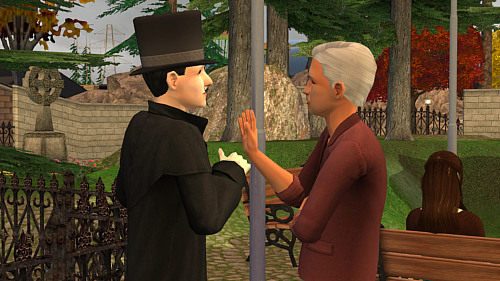 Unsavory Charlatan has hit a new low and now is trying to steal people's money at the graveyard. 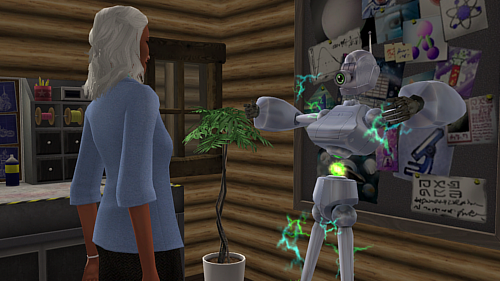 I'm honestly not sure why I had her make you... 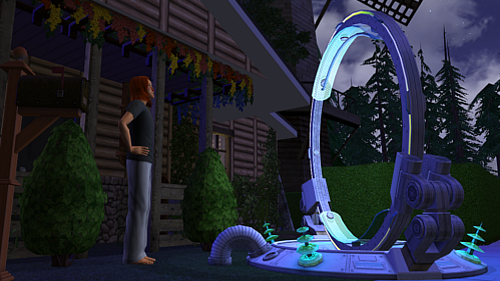 Been having a bit of snowy fun on my game. I did a Maxis remodel of one of the Pleasantview houses. Decided this was a nice shot to represent it. 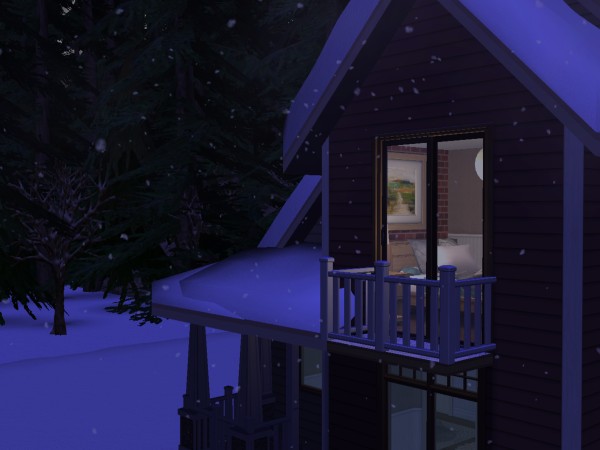 Sims love writing in their diaries, don't they? One of my sims didn't go to work because she was too busy writing in her diary. 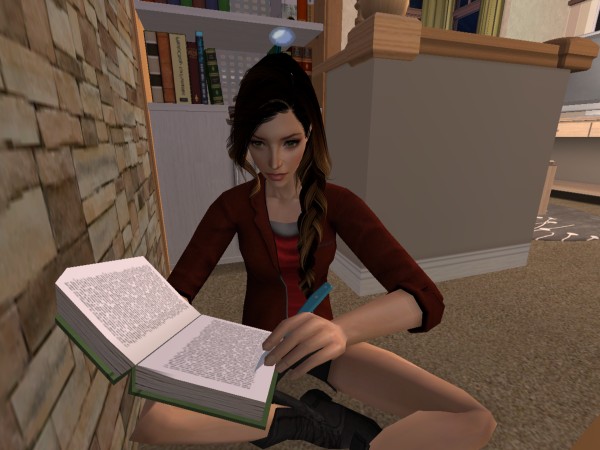 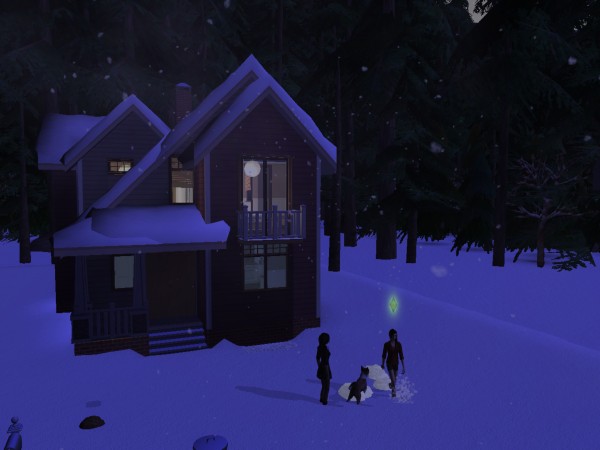 I just think snow makes any picture beautiful. I may be a bit biased about snow. 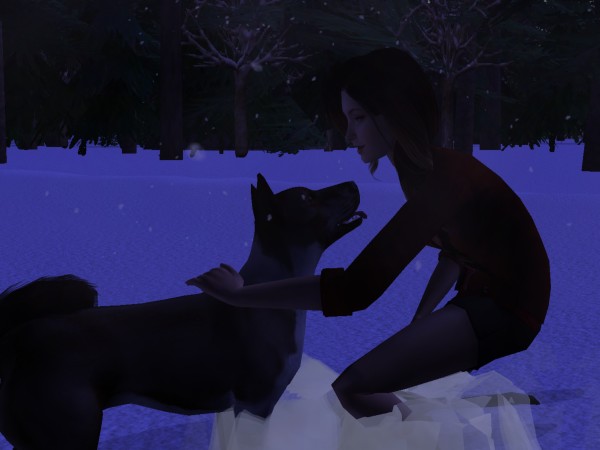 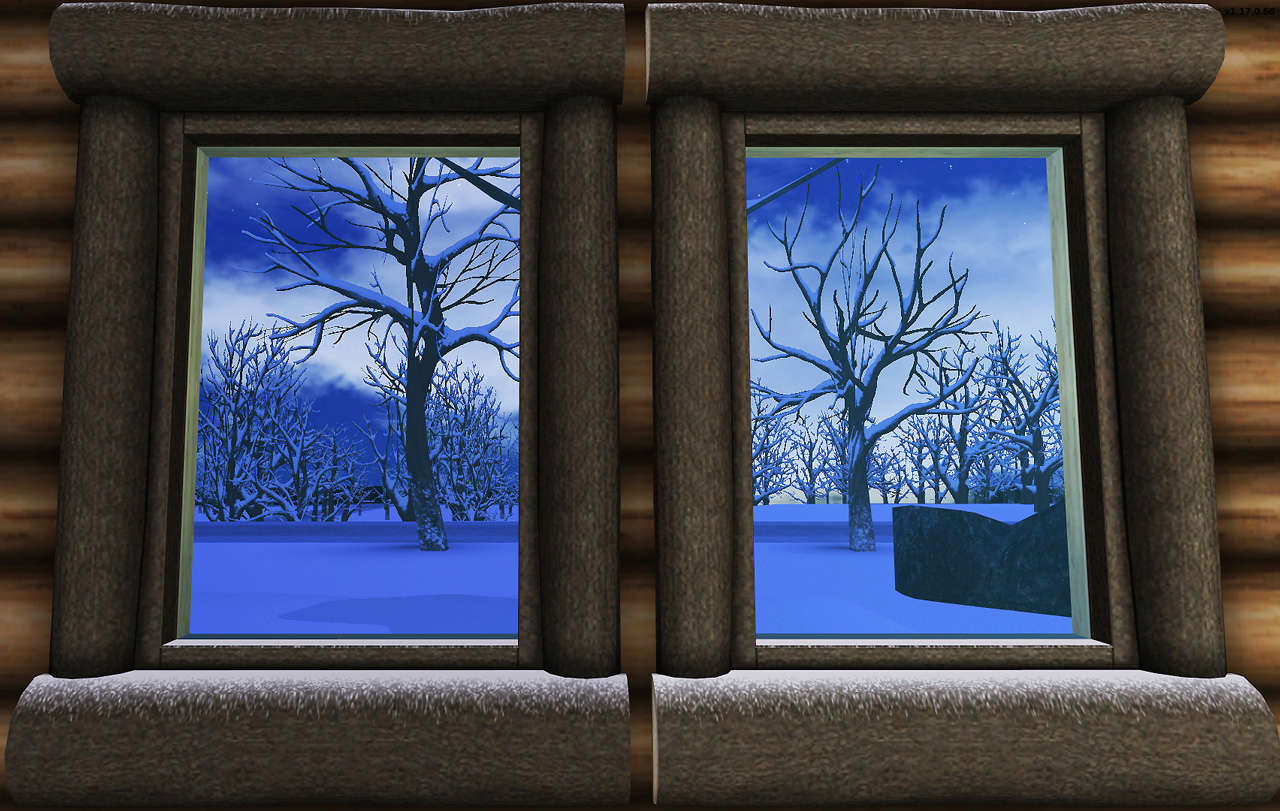 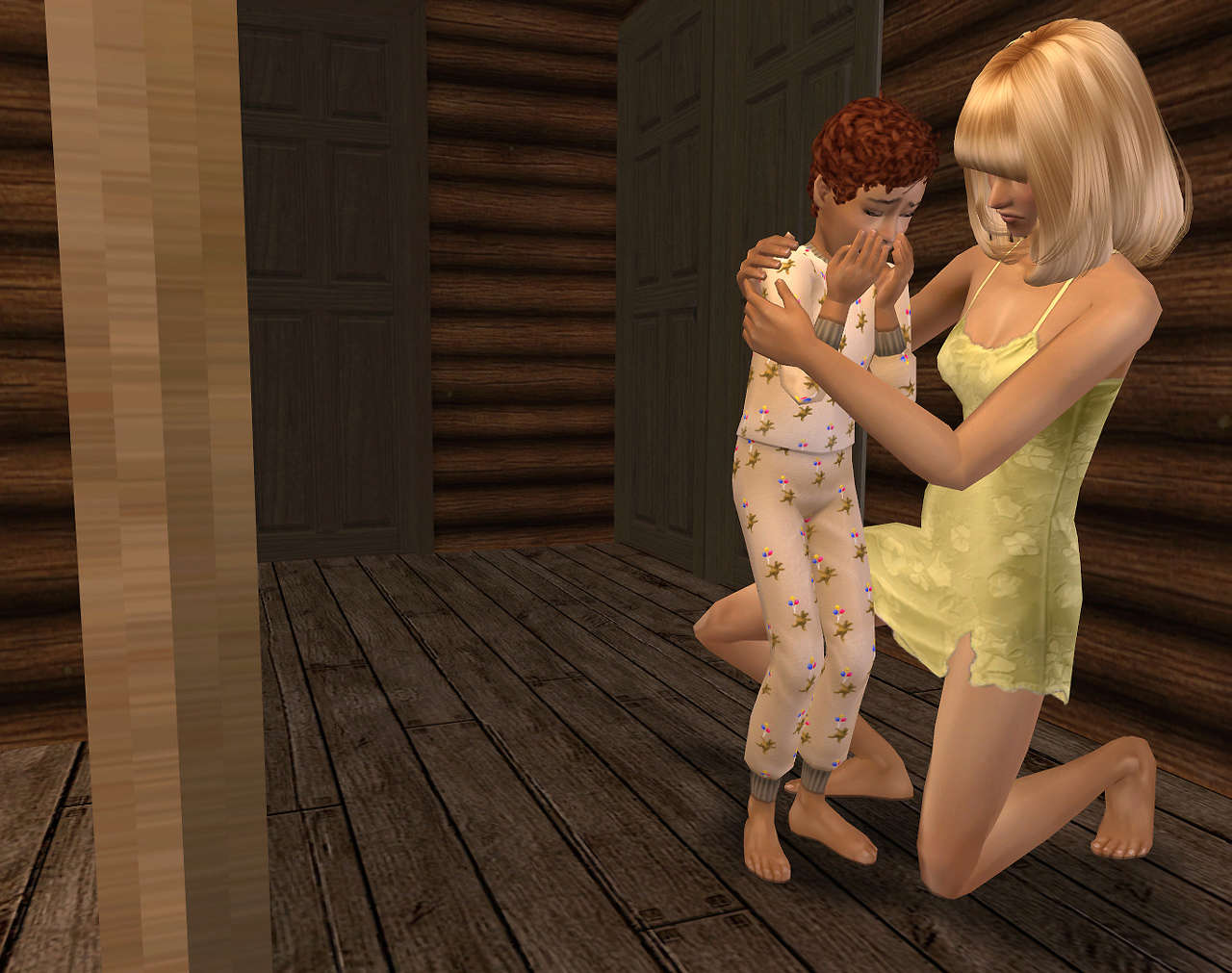 Normally, butlers are trained to answer the door if a visitor rings the doorbell. The Landgraab family's butler was a bit confused on this point and eagerly greeted anybody who happened to be walking past the house. Malcolm had to give him a stern lecture. (The innocent bypasser looks like she's also wondering what's wrong with the butler.) 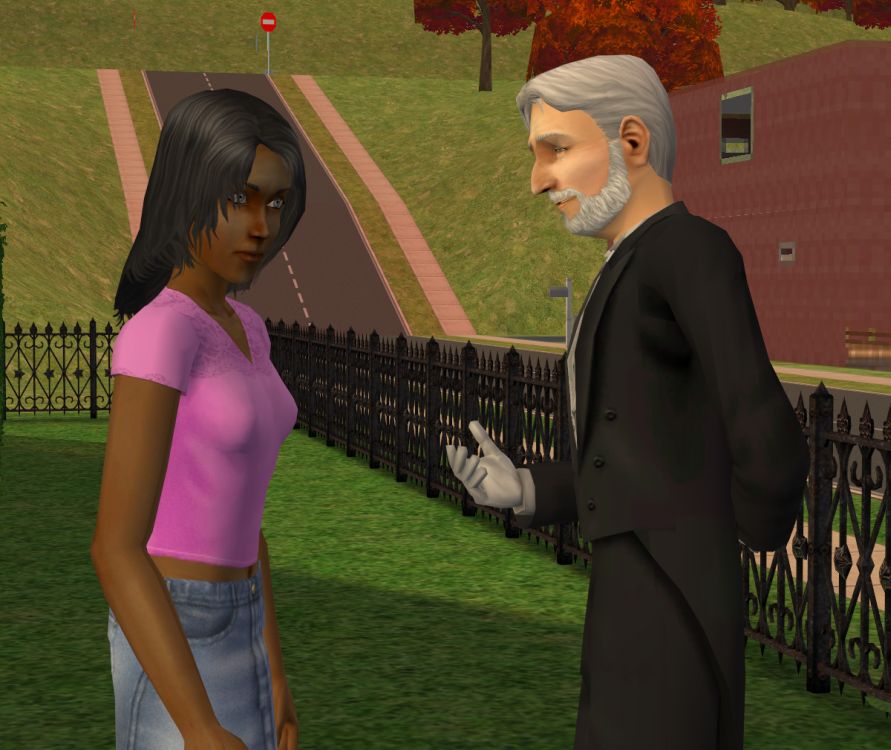 Jodie Larson-Landgraab gave birth in the smallest bathroom to Malcolm V, handed him off to his father, and made a beeline for the bass. (I guess babies aren't nearly as much fun as musical instruments.

) Malcolm, who was exhausted after a long day at Club Dante, handed the baby right back to Jodie, gave her a stern lecture, and stumbled off to bed grumbling. 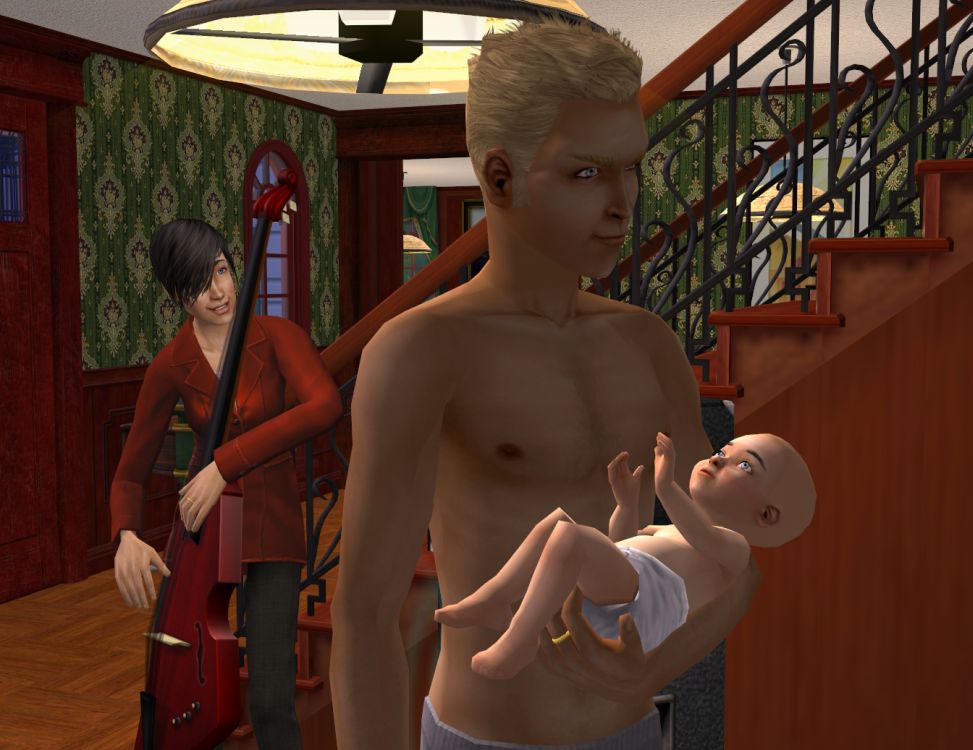 While this was happening, their daughter Lisa aged up. I almost forgot to get a picture of her. I assume she got that nose from her mother? 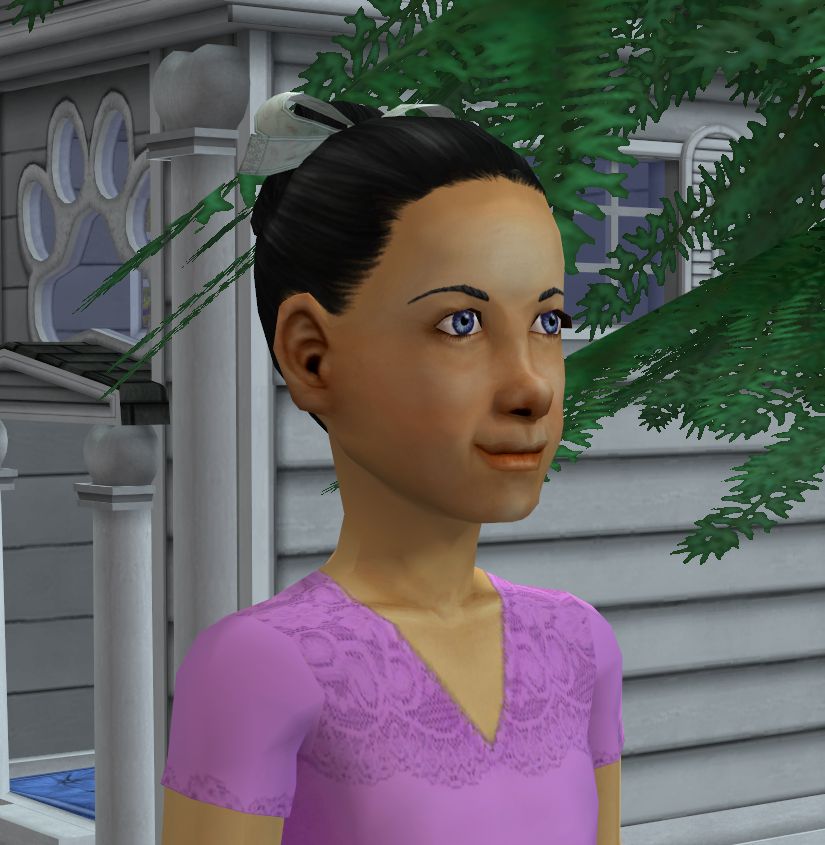 Sim animals can be just as dimwitted as sim humans. Here, one of the Landgraab family dogs is running away from a ghost.

(The ghost is hard to see. He's in the upper left part of the picture, between the two pine trees.) 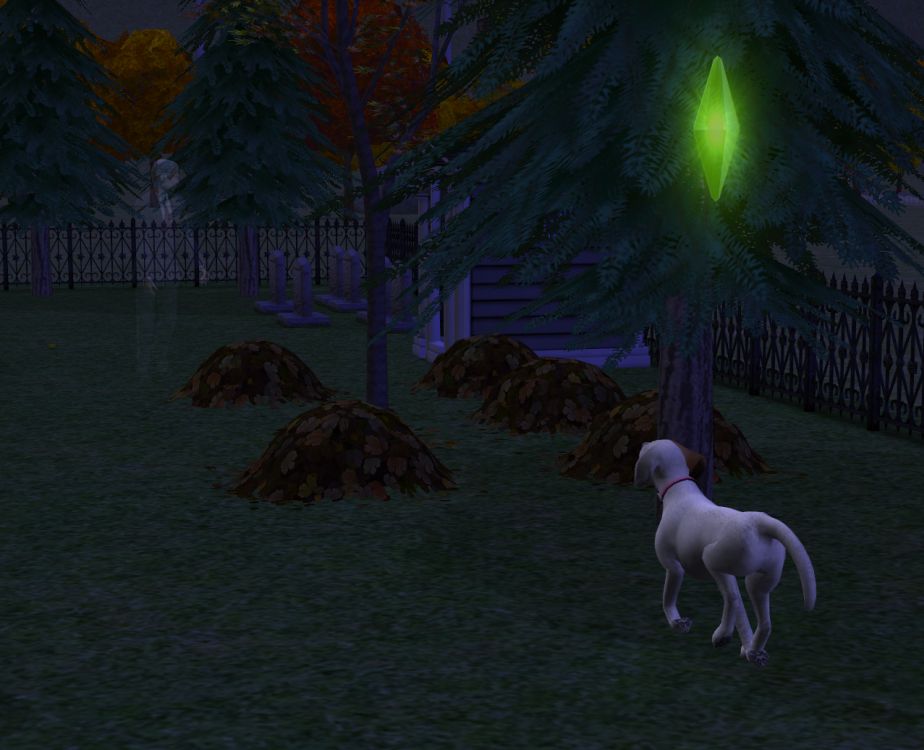 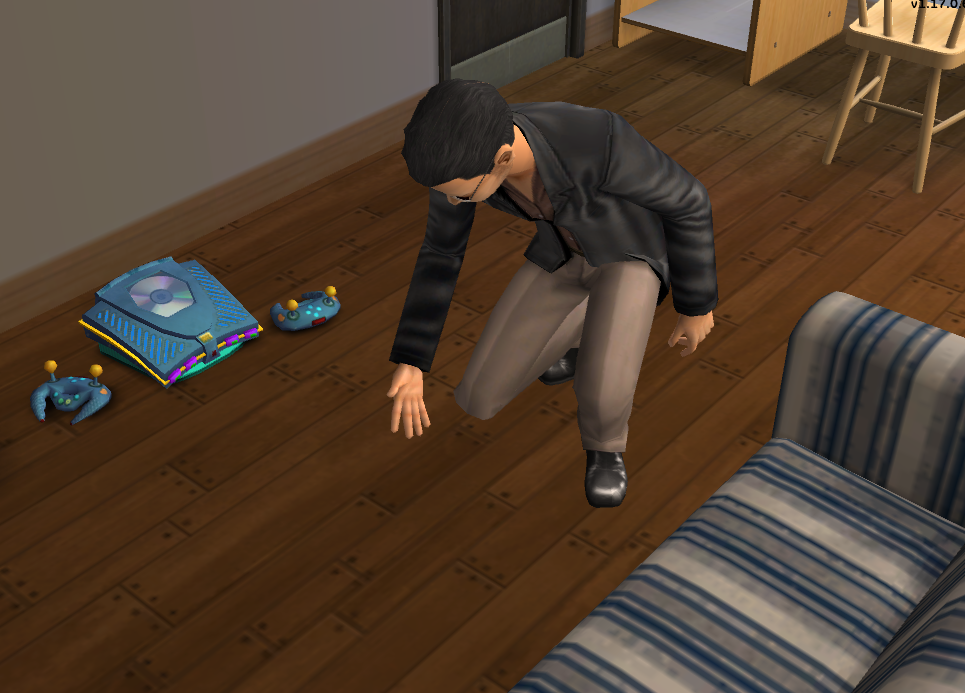 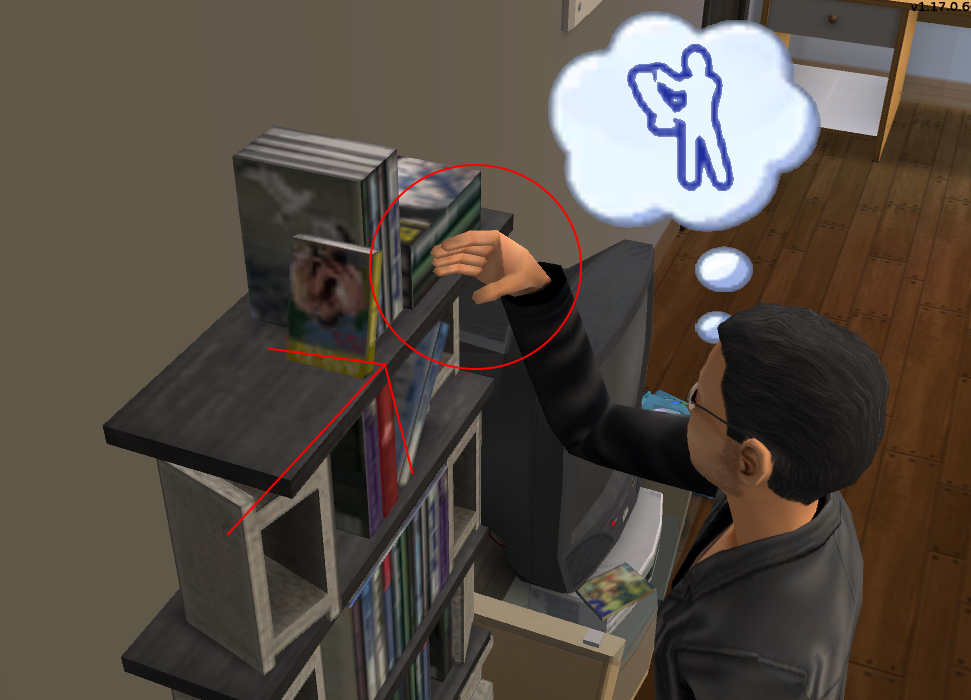 @RoxEllen1965 Did Lisa even inherit something from Malcolm? She looks exactly like Jodie, save for the skintone.
RoxEllen1965

I was curious too, so I used cheats to age Lisa up to adult. She appears to have gotten her mom's entire face - doesn't look a single bit like dad! Her skintone is halfway between the two. Jodie is S1 and Malcolm is S3. Lisa ended up with S2. She does have recessive genes for eye and hair color from her dad, but nothing that actually shows. The nose doesn't look so bad on her as an adult, but it certainly looks odd when she's still a child. This is always cute. 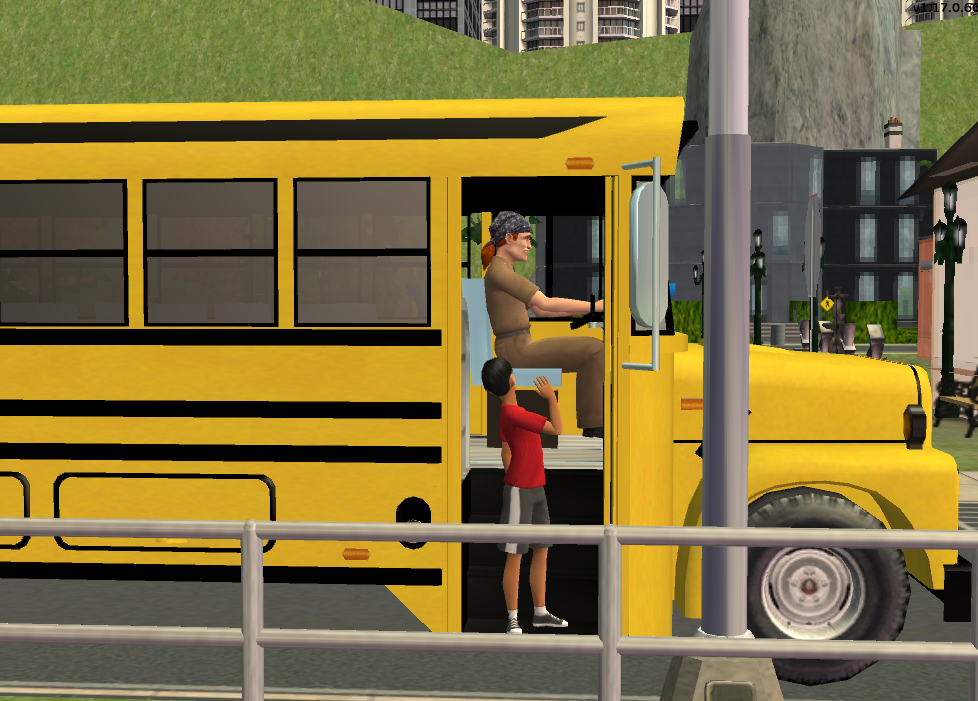 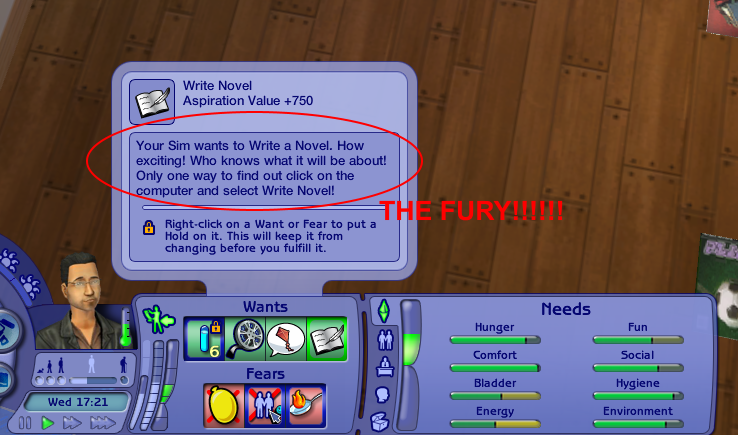 Whoever had such horrible grammar about writing novels should never write a novel about writing a novel.
My Photography Website
The Sims Wiki | Flickr | Instagram | Linktree
SimVille | The Sims Wiki Discord server
FFS Lot Debugger options Avoiding corruption How to delete a Sim correctly How to extract the appearance of Sims NPC playability info
Rosebine

The only grammar *mistake* I see is that it would take a period to end Only one way to find out, and a capital C for click, as it would then start a new sentence. What am I missing?
Je mange des girafes et je parle aussi franÃ§ais !...surtout :0)

Find all my old MTS Uploads, on my SFS, And all new uploads Here . :)
maxon

Yeah, grinds my gears that sort of thing too.
I no longer come over to MTS very often but if you would like to ask me a question then you can find me on tumblr or my own site tflc. TFLC has an archive of all my CC downloads.
I'm here on tumblr and my site, tflc
Lili975

I've said before but they do deserve praise: we were lucky with the French localization of the game, there's like two typos in the entire corpus. Anyone who has ever corrected and proofread texts knows how difficult it is to catch everything.
k6ka

FreeTime want descriptions were generally lackluster, at least to me. Here is another God-awful description (Originally posted here; it irked me out so much I just had to take a screenshot of it).
My Photography Website
The Sims Wiki | Flickr | Instagram | Linktree
SimVille | The Sims Wiki Discord server
FFS Lot Debugger options Avoiding corruption How to delete a Sim correctly How to extract the appearance of Sims NPC playability info
maxon

It's that sort of thing that makes me want to go through the lot and do corrections.
I no longer come over to MTS very often but if you would like to ask me a question then you can find me on tumblr or my own site tflc. TFLC has an archive of all my CC downloads.
I'm here on tumblr and my site, tflc
Pideli Patrik and his love from college hurried to the wedding arch to get married before it turned dark, only to have it interrupted by his mother giving birth to her 9th child. She always steals the spotlight, dammit! Such a party pooper! As if that wasn't enough, his little sisters decided to go off to do their homework mid-ceremony. And the newborn was forgotten in the snow. There's too many already! Who will notice if one goes missing, right? All this only for him to randomly kiss his colleague the next day. And now both his wife and his mom are pregnant, almost exactly synced. This is a stressful family.

I used the batbox to smite the paperboy multiple times, and he suddenly just dropped dead. I didn't make him playable, he was about to leave the lot!

Not that anyone at that house really cared anyway.

Find all my old MTS Uploads, on my SFS, And all new uploads Here . :)
Pideli

@TotallySimsCrazy Is that the blue house in the middle of Pleasantview? That's the first house I ever played in! Such nostalgia ^^
xSparrow

@Pideli Yes! I love that house and I absolutely adore makeovering it

Yes, I saw your post in the other thread. She is very beautiful in your game. I just find this soooo funny for some reason.

I like the woman's expression. "Who is that weirdo and what is he doing to my piano?" 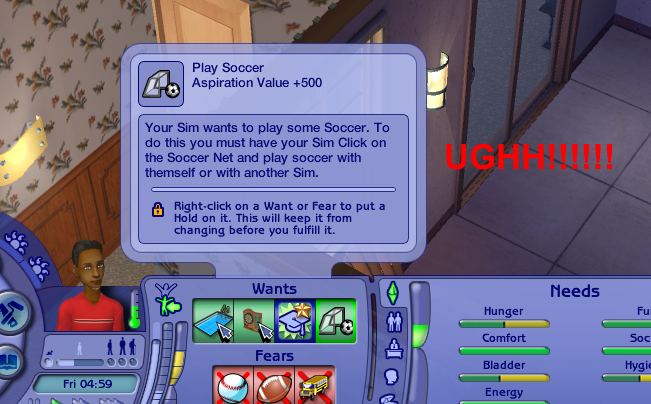 Me: Hey! No running on the pool deck!

Kid: nO rUNNiNg oN tHe pOOL dEcK! 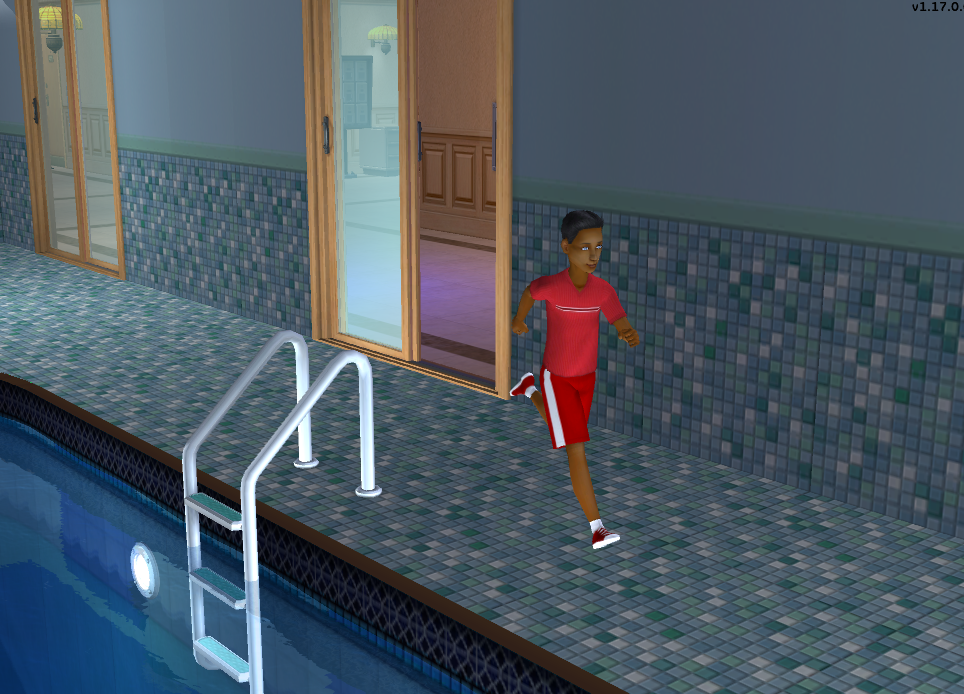