That's great but so sad!

So I got carried away with story telling.

Sophie ran away from home in search of adventure. She found 3 other orphans who had settled on an island, Orphan Island, and joined them. After about a day, I switched back to the nanny real quick, but she got robbed. When that was finally over, I switched back to Orphan Island, only to find that the orphans had gotten motorboats. They became unroutable in them and starved. This is not how I wanted it to end.
crissylp89
Test Subject
#78

So I'm still a little confused as to the percentage rolls. Especially with the Vikings and wars. There is a 25% chance a member of your household is taken away by the vikings (as with wars, xx% that those who go off to war get killed etc.), but I'm not sure how we determine this percentage. Is a 25% chance rolling a 25-sided die and if it hits 25 they are taken away? Or rolling a 4 on a 4-sided die? Or generating a random number? Thanks

Also, I agree with the earlier poster that days 37-415 are a bit devoid of events (I get bored easily so I hope I can make it through to all the wars and other events!). Has anyone thought of an events that could happen during those days?

Also, also, I liked the idea of adding an event about the use of medicine so I did a little research and added this to my rules -- Antiseptic introduced (Day 1900): Medicine can now be used to treat illness.
VT45
Test Subject
Original Poster
#79

Agreed about the medicine.

As for the 25% bit, that's just a 4 on a 4-sided die. A 25% chance is just that simple fraction, and I think I kept them all simple fractions, but correct me if I'm wrong.
VT45
Test Subject
Original Poster
#80

I've downloaded loads of new medieval cc but not actually got around to playing my dynasty family again. Feeling a bit uninspired. How about anyone else?
Letcupcake

Finished building my castle but I still dont feel like playing. If I watch "Reign" again I might get some inspiration...
Play my sims 3 version of The Princess Challenge

This is a fun challenge, but I just don't know what to do. I lost, but I want to keep playing, but I don't want to start over. Maybe I can start a new family in the same save in the time period I left off in (after the plague ruined everything)?
Letcupcake

Quote:
Thanks! Any idea on a backstory for choosing the new king?
letitgo1776
Lab Assistant

My mom came up with a backstory!

The kingdom searched the treasury frantically, looking for any royalty that may be alive. They were relieved but shocked when they found an old birth certificate. The father of the queen had a child with a poor woman, meaning queen had a half sister! Although the royal family came from the king's side, the kingdom was desperate and tracked down the forgotten princess. It turned out to be none other than Nanny Blackmon.
A good prince from another kingdom was quickly arranged to marry her to help her rule and later produce an heir. Thus, the new king and queen are Yvette and Zachariah Burroughs.
crissylp89
Test Subject
#87

Okay thanks for the clarification, I was having trouble understanding how percentages translated to dice rolls but that makes perfect sense

Hi guys I saw this challenge and it looked really cool so I decided to join in on the chat too! I'm on day 1 and I created my king and queen Alice and Alfred of Arcadia also I was just sorta bored so I wanted to see if anyone wanted to talk? That's it bye!
Letcupcake

I finally got my inspiration back! I watched a great documentary about Versailles and now I'm super pumped to do this. I just went CC shopping and now have tons of stuff!
Play my sims 3 version of The Princess Challenge

hi! I was wondering when we start out should we do a theme for like early civilization? or should we just do medieval stuff? I'm gonna start with an Egyptian theme
Letcupcake

That's a really good idea! I'm on day 162 right now so i'm thinking I could get some roman themed clothing and hairs

Is anybody still playing this challenge? Just saw this and I'm interested to do this as well!
thenightfall2509
Lab Assistant
#93

Update #1 - Xianshu Dynasty
I don't know if anyone is still playing the Dynasty Challenge, but it looks really fun, so I've decided to give it a go!

In my Dynasty, the Grand Prince/Princess is the title given to the eldest born child of the reigning monarchs, and the title is adjusted to their gender. If the first legitimate born is a female (my dynasty prefers males), then a Grand Princess and Prince will be titled, but if it is a male, then only a Grand Prince, meaning regardless of if the eldest child is female or not, there will always be a Grand Prince.

It is kind of breaking the rules, but titles are assigned based on relation to the monarch and their immediate family in my dynasty. For example, the niece/nephew of the Monarch and 1st cousin of their children is given the title Marquess/Marchioness. To adjust for this, a person has to buy 2 statues to rank up, since a lot of the family starts high-ish up. They can also rank up by being really good friends with the Monarch and their kids, and will be boosted up 1 rank accordingly. However, ranks aren't changed after someone becomes a Duke/Duchess, but there is more favor put their way when it comes to the Monarch dying and their kids taking over.

Using the system I've set up the ranks for each person as a default would be:

Now, into my Dynasty! 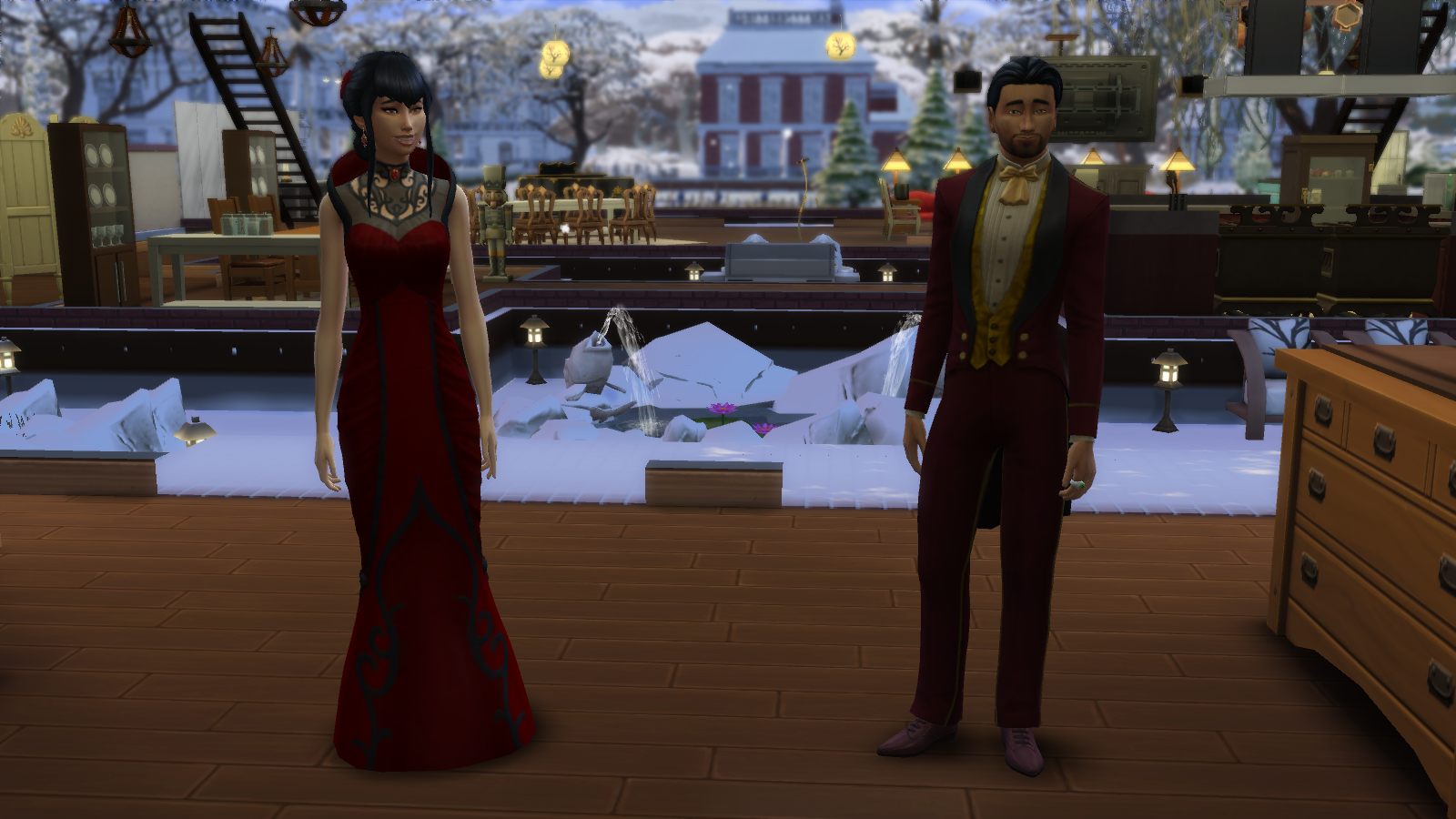 ~ My founders and ruling monarchs; Lian Min and Mao Shun

I don't have much material so far, but I will update again soon!

I have another small update for this thread! Is anyone even playing this anymore, I don't know, but I hope it becomes more active soon. To the news.. 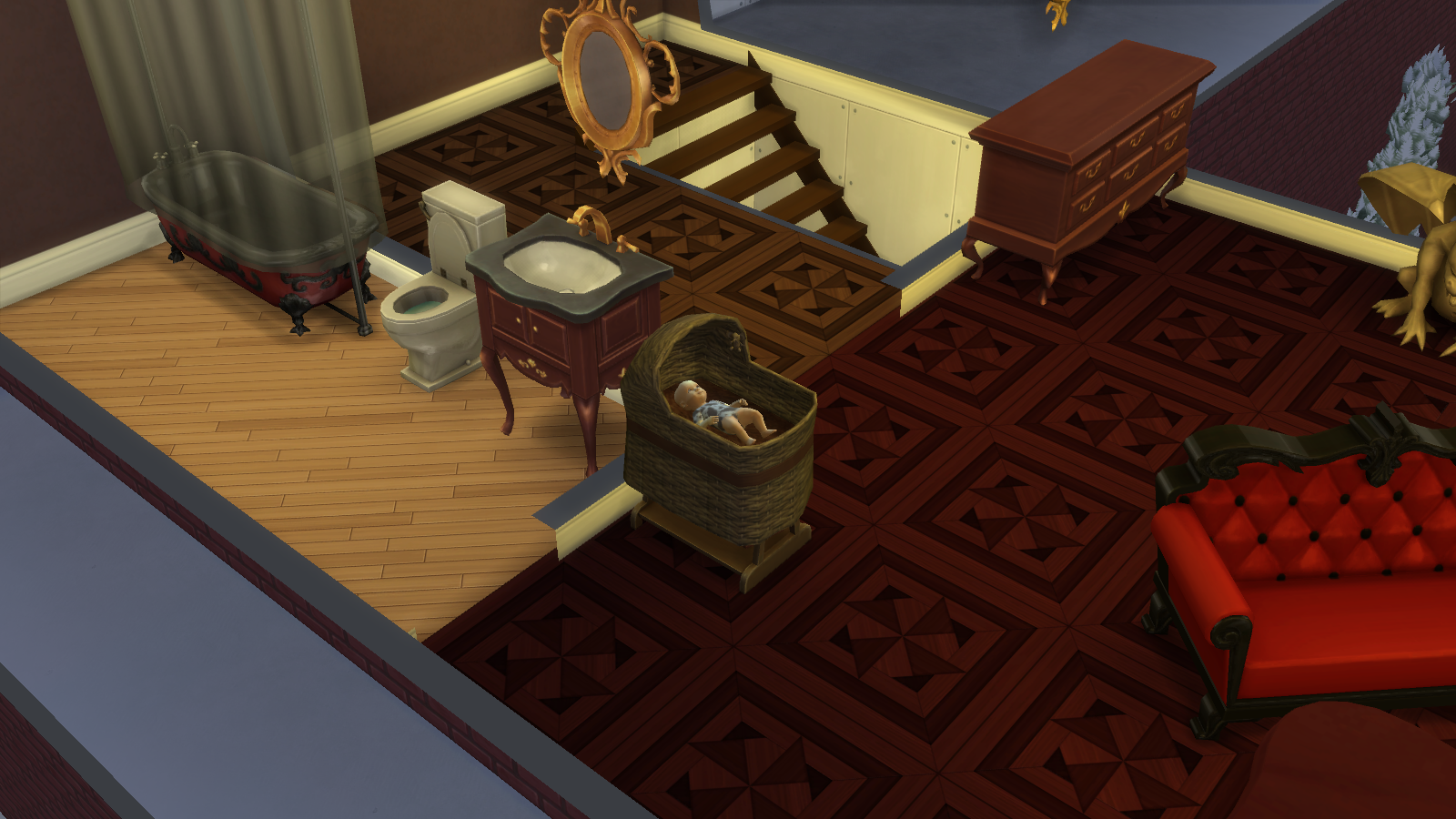 ~ The Emperor and Empress have had a baby boy, and the kingdom rejoices! His name is Zhou Shun-Min. 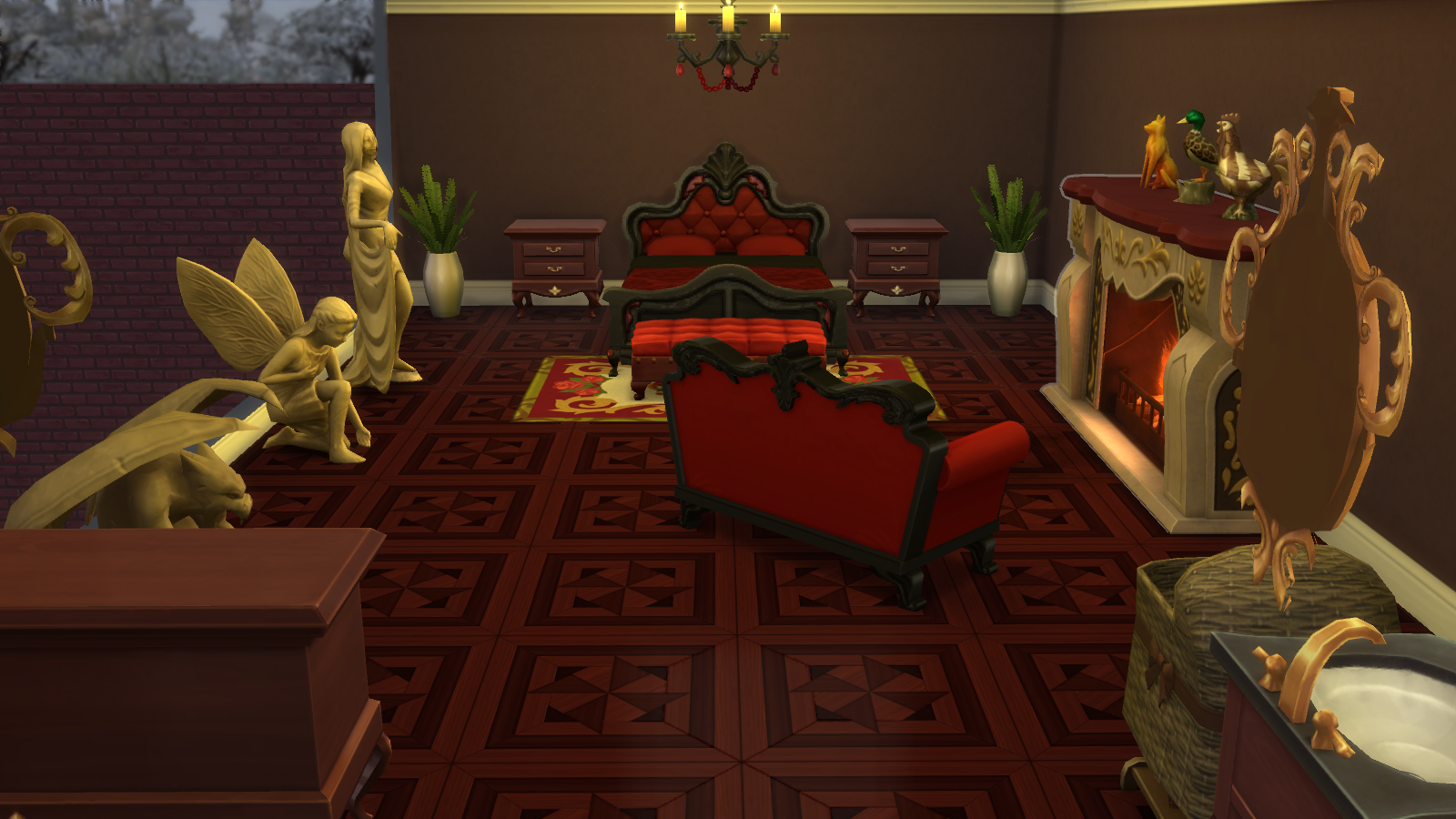 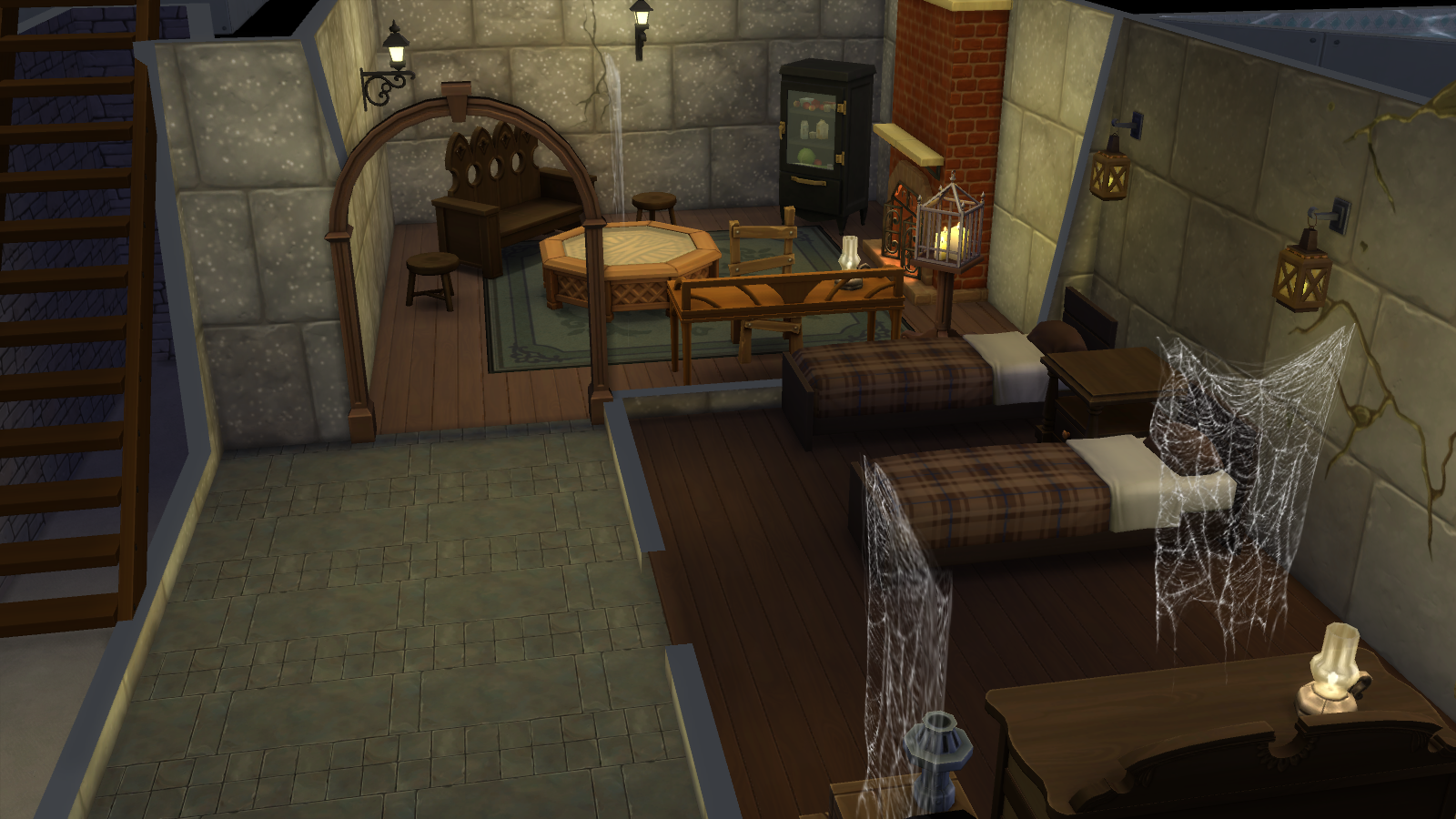 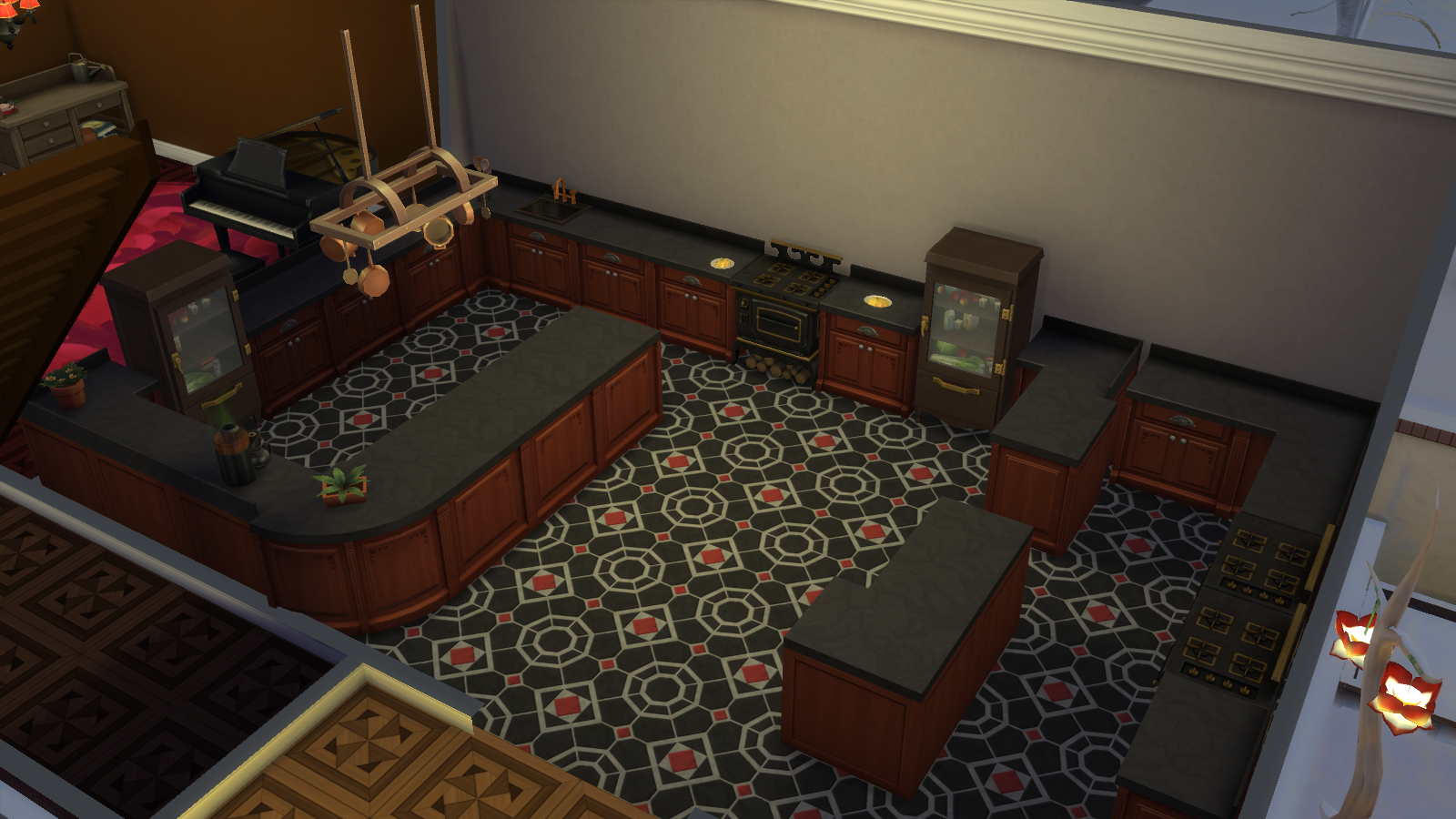 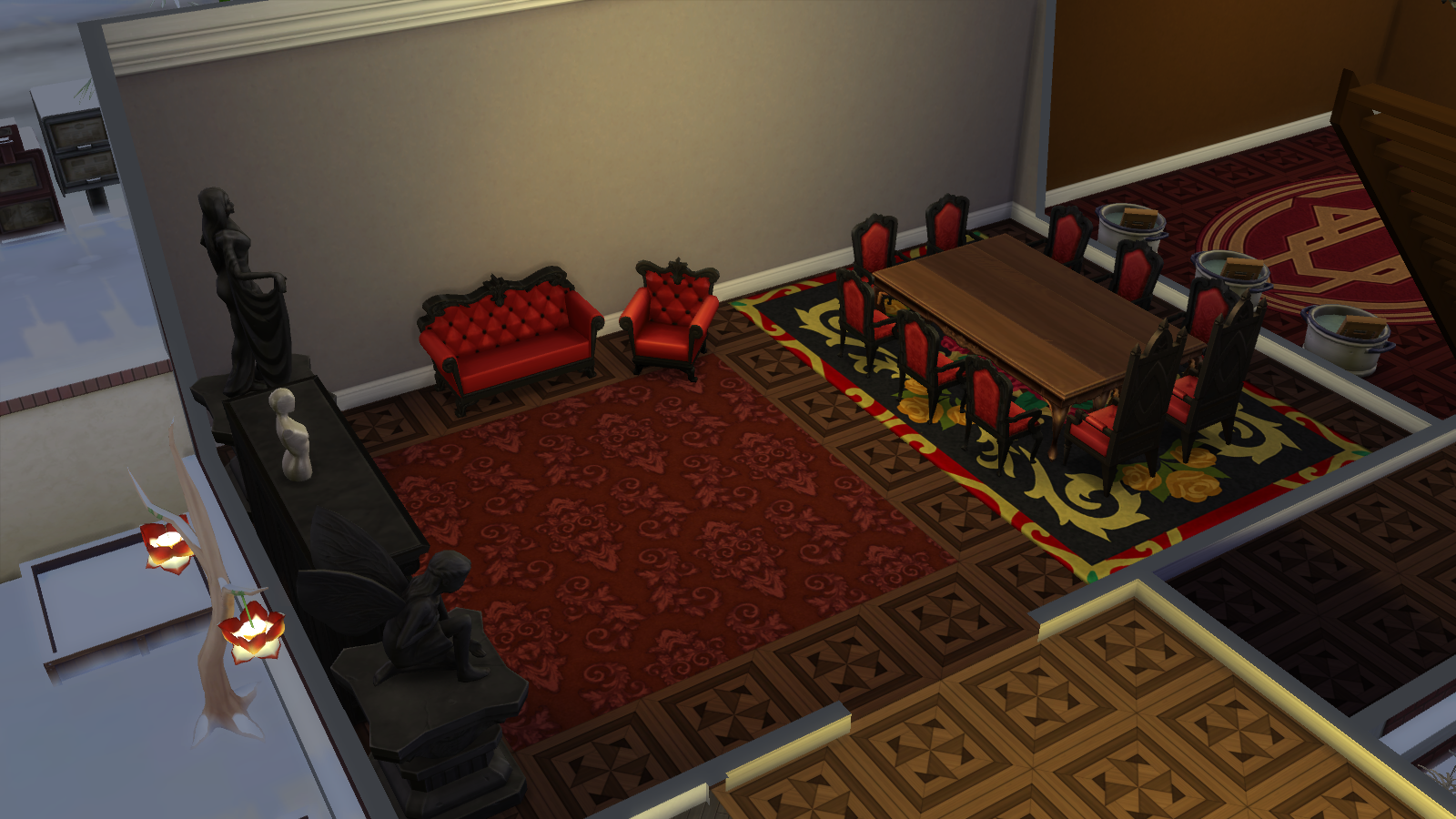 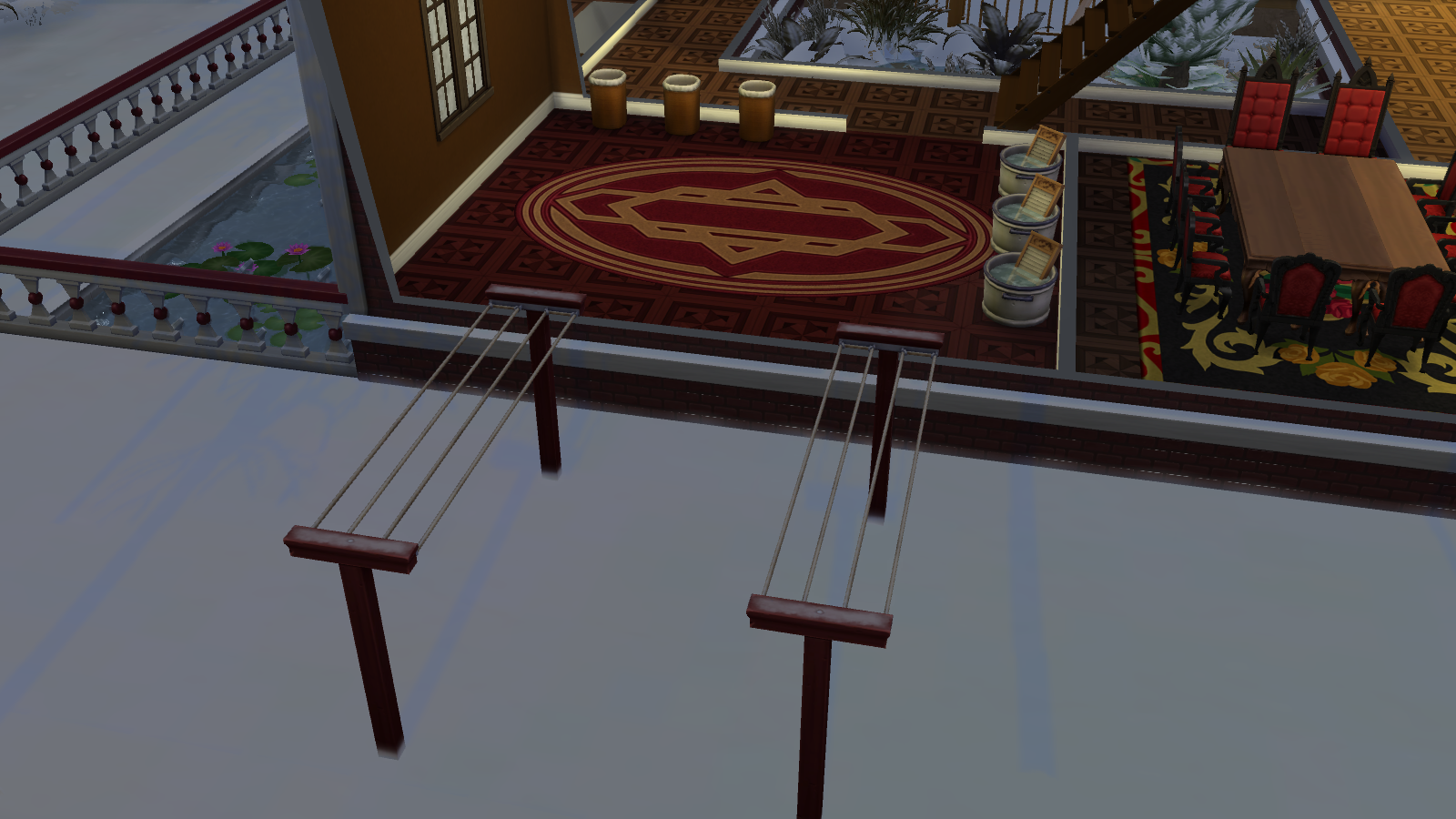 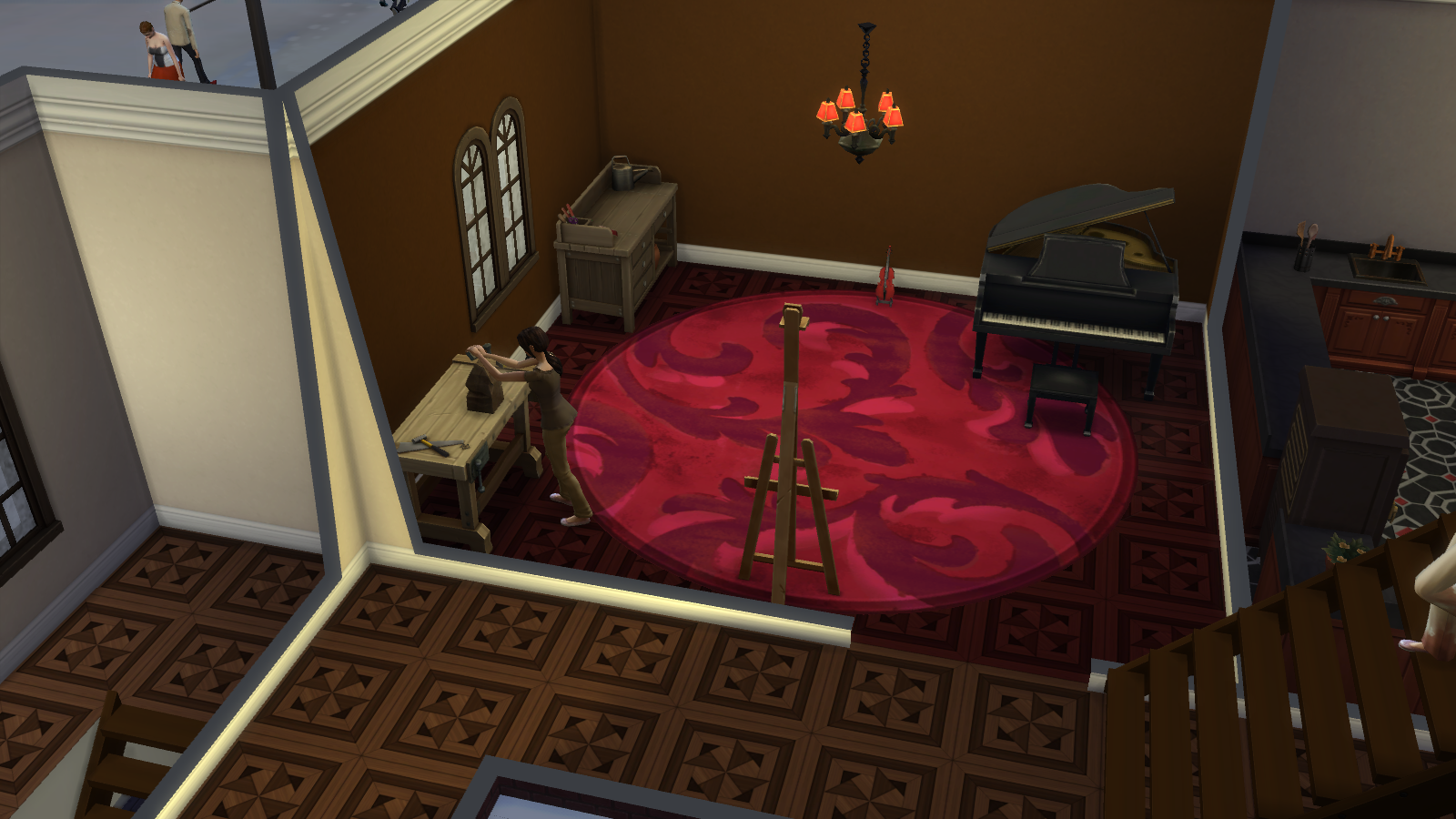 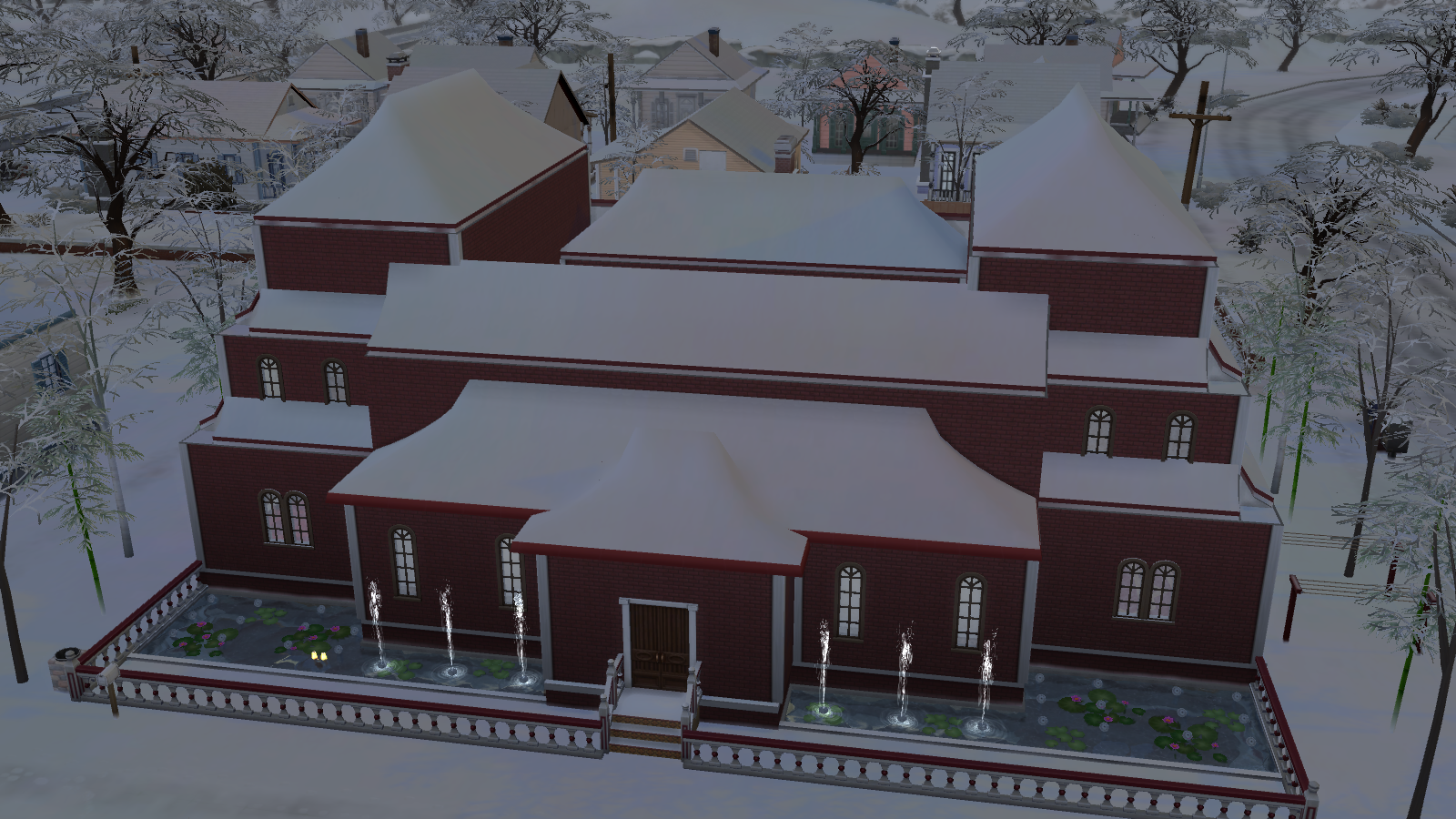 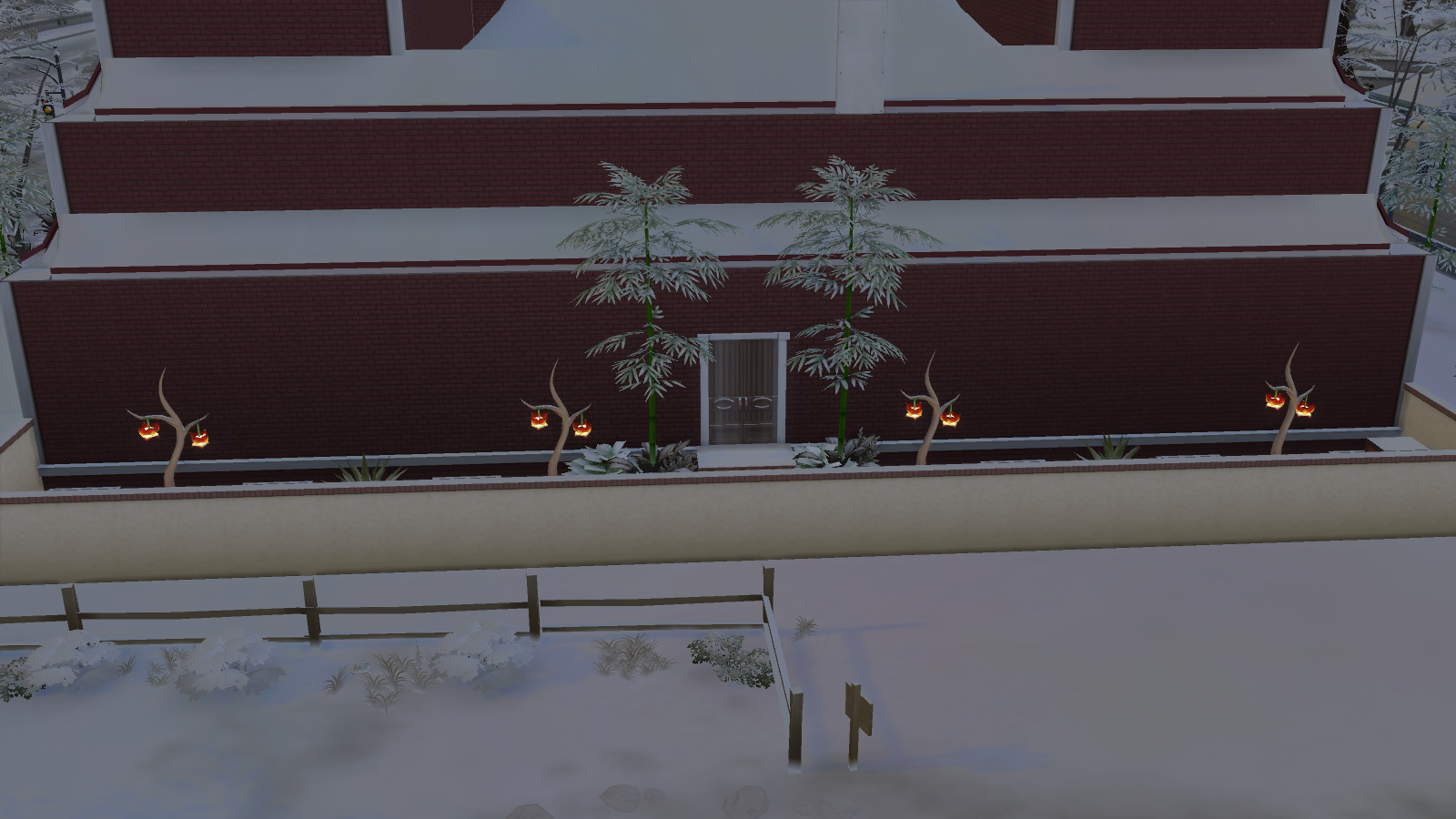 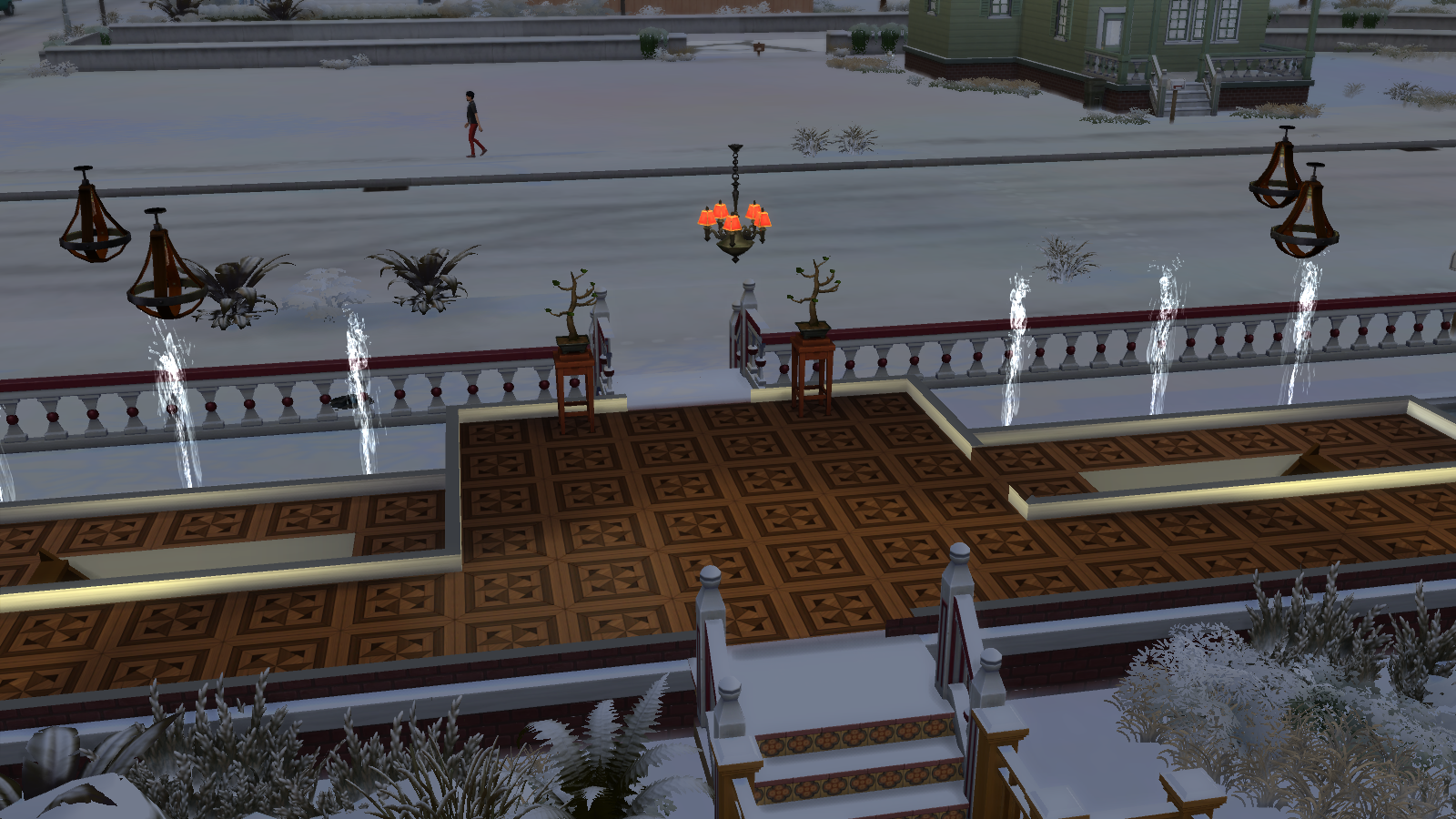 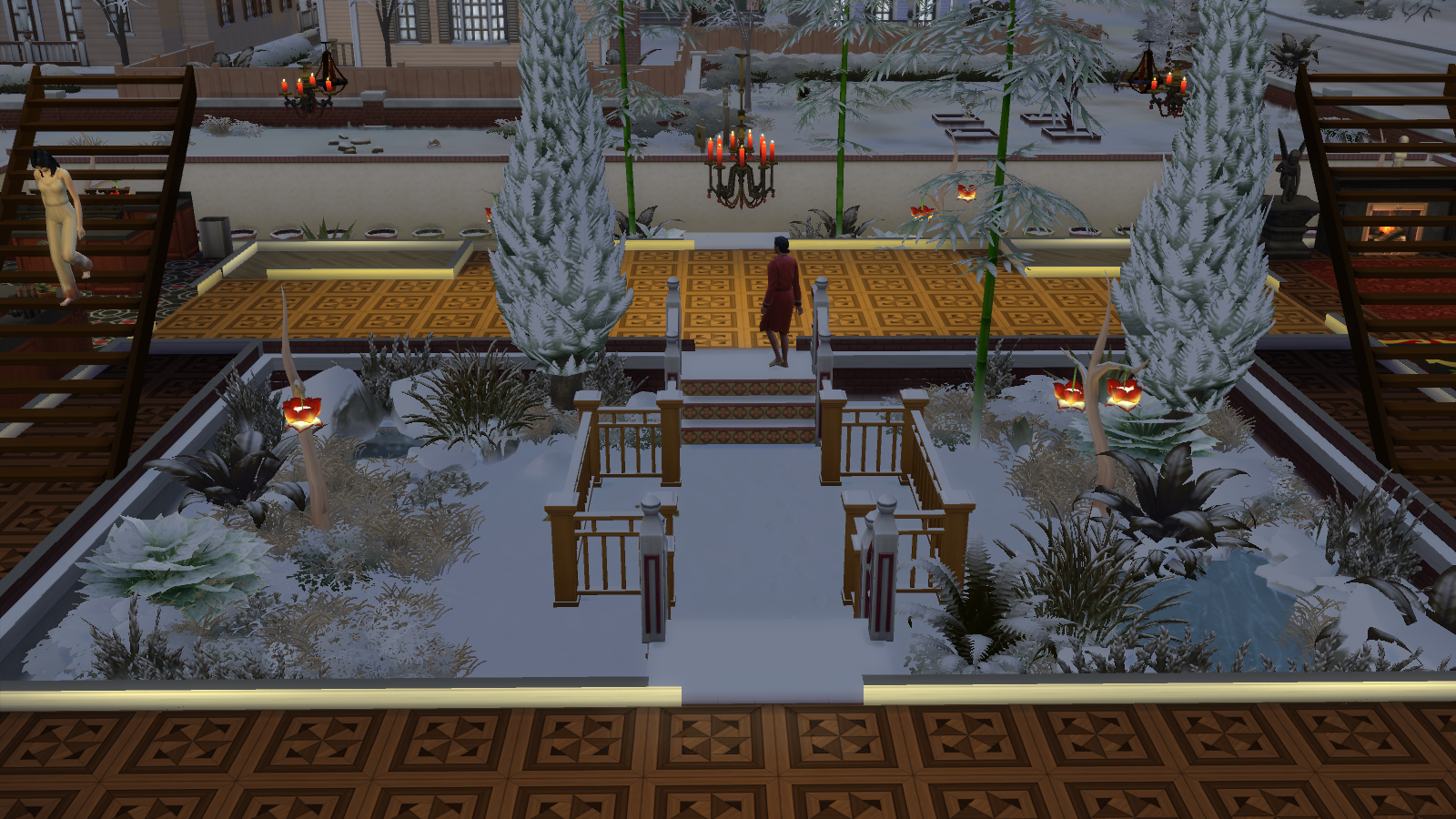 Soon, I will post the palace I made for the Xianshu Dynasty under the #dynastychallenge tag or maybe a new one like #dynastychallengebuilds? Considering how long this challenge is, future updates will be less frequent. I might also post a list of extra events I'm using or something as well. Thanks for reading!
Don'tCryForMe

Okay, I love this challenge, but can someone tell me how you keep track of the days. I've never seen anything in game that shows that, and Im not very diligent in things like that. I'm gonna make the Royals from The Witcher though

So I decided to give this challenge a shot! and so far, very fun. I have a GOT situation going on at the moment, but fun times! I really hope others are as well enjoying this and still going.

The only question I have so far is dealing with the percentage rolls. I use Random.org to figure out everything, but how exactly do I figure out a 25% of something happening if I'm using Random.org? I'm really horrible with math so simple terms would be great! lol
Letcupcake

Hey!!! Welcome to the challenge! So good to see people are still playing!
I also use random.org for everything, its really good. So the thing is: 25% is 25/100, so out of 100 numbers 25 give a certain result and 75 give another. You can do it the simple way and randomize 100 numbers and if the number chosen is 25 or bellow then the condition is true.
Or you can use only 4 numbers and if the result is 1 then the condition is true. (Because 25% is 1/4)

Don't forget to upload your bacherlors to the gallery!!

Thanks for the reply! And thank you for explaining it, I was confused for days lol. I just got to day 37 when the plague hits, wiped out most of my town, and only the Duke's son (thankfully his heir) survived out of three sons (two true born, 2 were not). The rest of the towns also hit a bit loss, but we all survived XD Will do, any that I have left I will be sending up to the gallery when an are ready. Now when it comes to the bachelors, is it any that are NOT the heir or does that include the heir as well?
Letcupcake

I usually upload the ones that have no use for my dynasty, because they must be removed from the game. I personally just upload them and move them out of the house because i still like to be able to invite them to parties and such but after they are "sent away to marry" I don't control or play with them anymore.

But if I have two sons, I might choose to keep them both in case one dies or I just want some more diversity in the family, so it really depends on your playstyle.
Play my sims 3 version of The Princess Challenge

Currently playing The Dynasty Challenge
Back to top