The following describes the creation of object sunshadows without the use of TSR Workshop.

TSRW has the ability to automatically generate shadow meshes and resulting sunshadows. However, it is unable to edit certain objects, such as items from the Store or some rabbitholes. Furthermore, as of this writing, the most recent, TS4-compatible versions of TSRW are reported to have ongoing issues with TS3 files, making its continued support of TS3 uncertain. For these reasons, it is useful to be able to obtain shadow meshes and correct sunshadows using alternate tools.

A note on terminology: in this tutorial, "shadow mesh" denotes the mesh derived from an in-game object. This mesh is used to project a flat shadow on the ground plane. "Sunshadow" refers to this 2D cast shadow.

Objects that are large enough to cast shadows typically contain two meshes: one of the actual object, and a shadow mesh derived from the object mesh. The shadow mesh is created by resizing and displacing the object mesh. This transformation is described in detail by BloomsBase here and has been automated by cmomoney as part of Blender TS3 Tools' "Create Shadow Mesh" function. It is advisable to read through BloomsBase's thread for a better understanding of the process; at the very least, note that the shadow mesh is obtained by scaling up the object mesh by 200% on all axes and positioning the posterior inferior rightmost corner of its bounding box at (-1, -1, -1). A shadow mesh's maximum volume is 2x2x2 Blender Units (BU); if the scaled-up object mesh exceeds this volume, it must be resized on each axis to fit within these bounds.

The sunshadow is computed by the game using the shadow mesh and two additional parameters: PosOffset and PosScale (each is composed of values for x, y, and z). Adding a shadow mesh that has been correctly generated by Blender TS3 Tools to an object without also setting the appropriate values for these two parameters will result in improperly projected sunshadows. 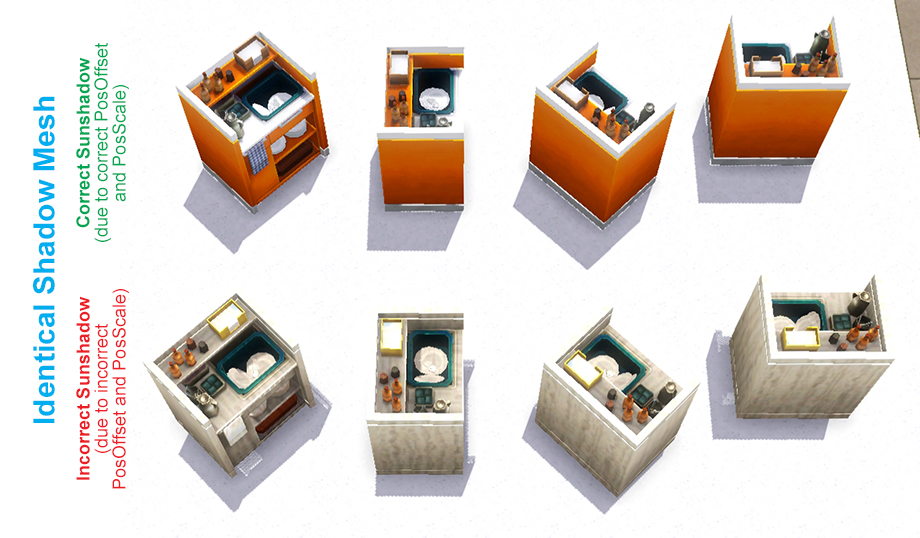 Figure 1: Both objects have the same shadow mesh, but the object at the bottom has an incorrectly projected sunshadow due to PosOffset/PosScale having the wrong values.

PosOffset can be conceptualized as a point somewhere along a line that connects the centre of the object mesh's bounding box to the centre of the shadow mesh's bounding box. The exact location of this point is affected by the scaling factor between the two meshes (each axis has its own factor, since large shadow meshes that are resized to fit into the 2x2x2 BU volume do not necessarily retain their proportions). Calculating PosOffset is thus, broadly speaking, a two-step process: 1) determine the centre point of the object bounding box and of the shadow mesh bounding box and 2) determine the exact coordinates of the point on the connecting line. 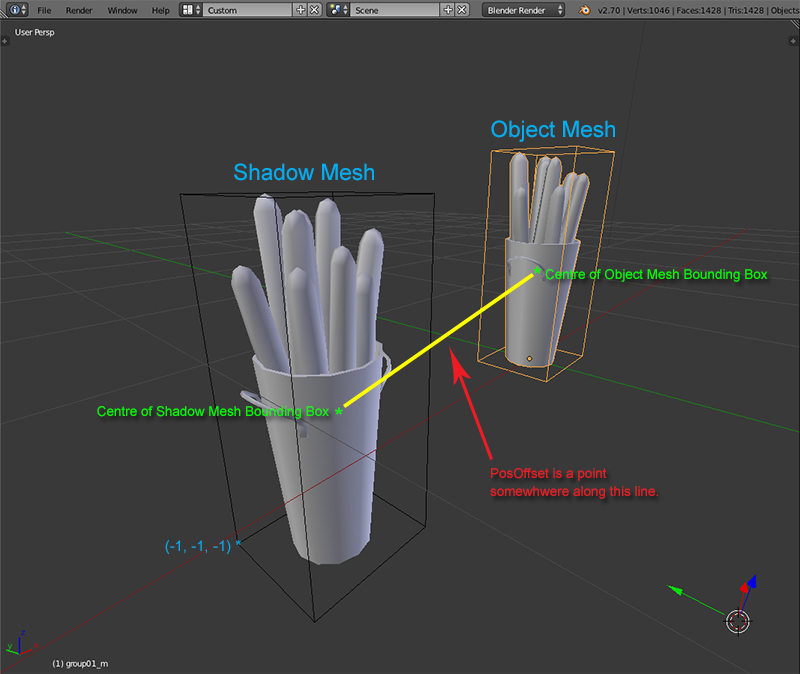 For any one axis, given the size of the bounding boxes and the coordinate of their centres, the value for PosOffset can be obtained as follows, using the x-axis as example:

Many thanks to @BloomsBase for sharing his findings and to @cmomoney for incorporating them into Blender TS3 Tools.

A selection of threads with relevant discussions:

I just bookmarked this! It's amazing! I must say, you did a great job finding out how to manually create sunshadows. I think it's also a very great references for anyone who wants to create some sort of sunshadow program.
My Tumblr | My Downloads | My Stories | My Tutorials (Tumblr) | My Tutorials (YouTube) | My Patreon
Back to top