Hi there! You are currently browsing as a guest. Why not create an account? Then you get less ads, can thank creators, post feedback, keep a list of your favourites, and more!
Quick Reply Print version
Search this Thread
Replies: 11751 (Who?), Viewed: 498507 times.
Page 347 of 471
Charity

I'm glad I'm not the only one that does it face up under the grill. If it's a UK thing then Dad must have brought it over from Scotland with him. XD

I have also had cheese toasties. We make those in a sandwich maker and butter the sides of the bread that are on the outside.
Advertisement
Neverwinter_Knight77
Field Researcher
#8652

Quote:
"How do I go to the next room? Oh, I know. I'll go out the back door, walk up the stairs to the roof of the house, walk right back down the stairs, and go all the way around the house to the front door." Sims.
StrangeTownChick

What is a sandwich maker?
I've got one or two things on MTS, but most of my stuff is on my main site here:
http://simcessories.blogspot.com/
(Now recruiting budding creators.)
Charity 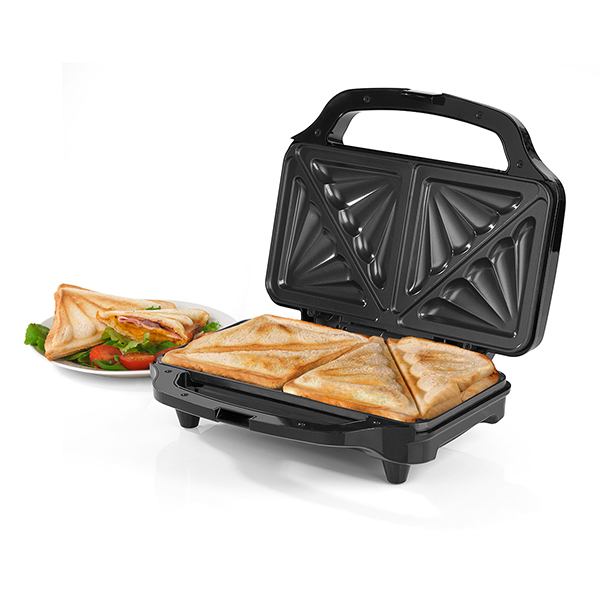 Sorry @kidhedera but I want to disagree.
You'll notice that on the breville sandwich press page you're linked there is a statment "This Breville sandwich press' 2 slice capacity enables you to whip up jaffles with ease"
Ergo it is also a jaffle maker according to brevilles or good guys own marketing.

https://www.thegoodguys.com.au/brev...maker-bts200sil
While this is listed as a jaffle maker
"Make a variety of toasted sandwiches thanks to this Breville sandwich press"

They are both toasted sandwich makers which work by pressing down on the bread. They are both listed under sandwich press on the website.

I have only had the Breville original toasted sandwich maker, never heard of it refered to as jaffle maker and now want both types of sandwich presses in my game despite not knowing I wanted them 20mins ago.

I was suddenly so passionate because of the jaffle term which had me confused as it sounded so close to jaffa (OZ-NZ Chocolate ball) which I would not recommend putting in either sandwich press.
BlueAlien
Scholar
#8657

I think jaffle is just Australian for toastie, isn't it?

Now, to me, the face-up-under-the-grill thing is called cheese on toast; if you make a cheese sandwich then put it under the grill (no butter on the outside) to melt the cheese, it's a toasted cheese sandwich; if you make it in a sandwich maker, it's a cheese toastie; and if you fry it, it's inexplicably called grilled cheese - or, in this house, a grilly. We put fried bacon and onion in ours, and then fry it in the bacon fat.
AndrewGloria

I stopped one of my Sims playing a computer game and made him make his bed. Yet I was playing The Sims 2, and I was well aware that I hadn't made my own bed. Indeed my bedroom is a total tip.

P.S. We have a sandwich maker just like Charity's.
All Sims are beautiful -- even the ugly ones.
My Simblr ~~ My LJ
Sims' lives matter!
The Veronaville kids are alright.
Charity

Yeah, apparently Jaffle is just Australian/South African for toasted sandwich. Our sandwich maker is actually flat, although we've had one with ridges, but that was the best picture I could find in under a minute when I should have been going to bed lol.

I can't make my bed; there's a cat on it. You should get a cat. :P
Justpetro

I miss cats on my bed.

Making my bed is never needed, since I sleep on top of the bedding, I just have to put the pillows back (when I feel like it).

We put mince meat in jaffles in South Africa - it is a very popular shack at festivals and church bazaars and school sports!

And this is what you use to make jaffles in!

And this is what a jaffle looks like here. I have never seen anyone putting cheese in it (sometimes added to the mince, yes).

Mmmm...all this talk of cheese toasties makes me want to run to the bakery by my school and get one...

But I'm on half-term, why would I run to school just to do that?

Still, tempting.
You can call me Diddy (or Eve, if you want to go by my real name) :)
My Simblr is simping-simmer. Come and join me there for a chat!
You can also find me on the MTS or PBK Discord servers under the name 'Evenfall'.
Want to know the latest news in Carregffynon? Click here!
Pideli

Quote:
We've got one of those! It's been in the house for as long as I can remember. (And, yes, we have brought it to the new house.) My father called it a pantoadle maker. So the things you made in it were pantoadles. (I can't guarantee the spelling of that!) I've never used it myself -- though I have occasionally used the fancy Breville electric one like in Charity's picture. I'm sure I've eaten pantoadles that other people have made though. Fillings can vary, but certainly can include cheese. Chopped tomatoes and/or tomato ketchup can be added.


Quote:
I'd be ashamed to let a cat see the state of my bedroom. Currently we have a dog rather than a cat (we look after whatever comes to us) but recently she's gone blind and can't climb the stairs. So she can't see the mess in my room.

Andrew would go ballistic if he saw it. He's a Virgo and he hates mess.
All Sims are beautiful -- even the ugly ones.
My Simblr ~~ My LJ
Sims' lives matter!
The Veronaville kids are alright.
Justpetro

@AndrewGloria - I have actually heard people referring to that appliance as a pantoadle maker! Here, we make cheese sandwiches either in the oven or on the thing Charity posted, which we simply call a toaster as well!

The South African jaffle has mince meat in it, with or without cheese, so that may be why we don't call it a pantoadle

Oh, and you are my best frenemy right now, since I believe our countries will face each other in the Rugby World Cup Final

Now I have to think up something to add to make this post sim-related again. Perhaps it is time to get Andrew and Gloria a cat?

There are so many custom hoods that I want to play. One day I'll get to all of them.

I think that Andrew is from Scotland, not England, so you can be just friends with him. XD

Andrew does need to get Pets. He is missing out on a lot of cuteness!
Justpetro

True, that, and Ii forgot for a moment he did not have pets

As a typical South African, I sometimes forget that the UK does not mean England

Even though there are plenty of Scottish and Irish people living here, and descendants of those, and a smaller number of people originally from Wales. Never had a frenemy, though, so @AndrewGloria, you seemed like a good option

(We are probably going to lose anyway, but hope springs eternal

That moment when it's raining in the game and in real life simultaneously. XD
Check out my profile for homes and community lots ready for download: My Homes and Stuff
Pideli

I once had a thunderstrike in the game and irl at the same time.
Omnia - Fantasy / Mythological / Medieval Hood
Ephemera MoreColorful - SimpleSkin Recolors
Sunbee
Mad Poster
#8671

Our kitten doesn't care. It's all toys to her. She very often contributes to mess, in fact, as she sees no problem with relocating objects with assistance from gravity. (She sleeps with my five and eight year old daughters, and their bedroom varies from neat as a pin to did they relocate the county dump?, often over the course of a single day.)
Pics from my game: Sunbee's Simblr Sunbee's Livejournal
"English is a marvelous edged weapon if you know how to wield it." C.J. Cherryh
didyouevenmakeasound

I feel like I’m getting way too meta - I’m building a Welsh town (haven’t decided the name yet - I want a Welsh name and an English name) which I’m setting in Powys, where I live and go to school. But I’m also setting it on a real river, the Wye, which makes me want to build the real life places Hay-on-Wye and Cardiff (the capital) so my simmies have places to visit, but good god that’d be way too much.
You can call me Diddy (or Eve, if you want to go by my real name) :)
My Simblr is simping-simmer. Come and join me there for a chat!
You can also find me on the MTS or PBK Discord servers under the name 'Evenfall'.
Want to know the latest news in Carregffynon? Click here!
Charity

My kitten treats the litterbox as a training ground for the litter throwing Olympics. I'm glad that simcats don't do that lol.

I suppose I could make a part of Cardiff that stems from my imagination but is heavily based off of the city itself, and then with Hay it wouldn’t be AS bad to recreate. It’s just pretty daunting lol.
You can call me Diddy (or Eve, if you want to go by my real name) :)
My Simblr is simping-simmer. Come and join me there for a chat!
You can also find me on the MTS or PBK Discord servers under the name 'Evenfall'.
Want to know the latest news in Carregffynon? Click here!
AndrewGloria

Quote:
Charity is right: I'm Scottish and, sadly, I don't have the Pets EP.

For various reasons I'm not feeling too well-disposed towards England at the moment, so, despite not really being a rugby fan, I'm rather hoping that the Springboks win on this occasion. . . .so, I think I'm still your friend!

Years ago in school I recall a Latin teacher, who was a rugby fan, talking to some of the boys who were also keen on rugby, and they kept mentioning something they called "The Springbox", and I hadn't a clue what they were talking about. It was years later that I realised that they were saying "The Springboks", and that it was South Africa's national rugby team.

I believe the springbok is a kind of antelope, and it is South Africa's national animal. I'm sure Justpetro will keep us right.

I did actually once play rugby for my school when I was 12. It was the school's 20th XV, and I only got the game because another boy had called off very late on the Friday. Always slow (like my Sims game today) I was in the school yards about 10 minutes after school had finished, so I was the only 1st year boy the P.E. teacher could find. Anyway he asked if I'd play on the Saturday morning, and I did. We lost about 21-3, and I never got picked for the school again!

The only team I really support these days is Veronaville All-Stars and that's mainly because Gloria Jones (my best friend's mum) plays for them. I'm not even sure what game they play: I think it might be women's football ("soccer" to Americans).

Good luck with your Welsh neighbourhood, Diddy. Personally I've no Welsh family connections, but some of my Veronaville Sims (Gloria and Andrew Jones, and Gwyneth and Edgar Edwards) claim Welsh ancestry. I never gave a thought to them being Welsh, until one night (in about the oddest Sims-related dream I've ever had) I dreamt they had an Eisteddfod!
All Sims are beautiful -- even the ugly ones.
My Simblr ~~ My LJ
Sims' lives matter!
The Veronaville kids are alright.
Back to top