I'd be very much interested in playing it in challenge mode - it would resemble Sims Castaway Stories in a way. By your description, it would fuse the linearity of Castaway Stories through storytelling and discoveries about the world, and the non-linearity of World Adventures tombs, where the player wouldn't be taught what to do every step of the challenge, but rather figure things out on their own? If so, I think exiting the game to find additional information, background stories and keys required to advance the challenge would be a fantastic addition.

Perhaps not much so for players with low-end computers, but a world this big isn't really suited for such machines anyway.
DJ. who?
Essential mods, cheats, tips & tricks for The Sims: Castaway Stories || Felicity Island for TS2
"What do you have to be nervous about? You're someone on the internet." -A.M.R.
daisylee

The world looks wonderful!!!!!!!!!!!!!!!! I really like the idea of the challenge but if I have to go in and out of the game constantly that will drive me nuts. If there is external information that we can print out and refer to that would work for me. We can follow what is there as we play along. I do that with game walkthroughs so do not have to go back and forth and back and forth and..........

This is all very exciting news! Thank you for the update!
doctorimu
Test Subject
#478

Please post in english or provide an english traslation when posting on this site.
Nilxis 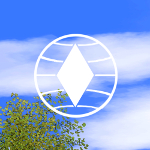 Thanks for all your comments and insight! I'm glad that you like the idea and that you are interested

Let me reply to your questions and comment on some of the things you mention:

@jje1000, these are all important things to consider, thanks for taking the time to put all this together, it's very helpful!

This will be definitely a narrative challenge, so much closer to the WA worlds than to the Midnight Sun Challenge. All players will end up in the same place and go through the same events of the same story, so no open ending here. Maybe at some points there might be small deviations if it's interesting, realistic and easy enough to do, but they will take you shortly back to the same track as everybody else. It will be about following a story rather than making your own, so yes, active storytelling and quests, as you say. It could also be described as a role playing challenge in a life simulation game.

Yes, that's it! We'll include as much as possible in-game, but there will still be a website, at least to host the download page of the world, the general instructions for the challenge and a guide on how to set up your game before you start playing, plus useful links, pictures and information for those who want to learn more. I also thought about making a map

Quote:
The .sims3pack world file will be unpopulated, and the populated version prepared for the challenge will be uploaded as a save file.


Quote:
Maybe you’re referring to the Traveler mod? It won’t be necessary, you will play the challenge in Uranesia as a “home” world, so no limit of days to complete it. The length will depend on how fast each player's progress is. So story progression will need to be turned off to stop sims from ageing, doing crazy stuff and messing up everything.


Quote:
We’ll use NRAAS to prepare the save file but very likely the players will also need to download some mods to control some options. About NPCs, we’re planning to have a pool of custom NPCs so that the game uses them when necessary.


Quote:
This is what we are trying to figure out at the moment so I can’t give a detailed answer. The tomb objects and mechanisms from WA will be useful in different ways, not only for actual tombs. I will also use recolored inscriptions and images to convey useful information, and I think there should be some other ways but probably not a lot more.


Quote:
None of these creatures will be included in the population. Zombies will still pop up automatically, unfortunately, so, since it seems like they can be disabled with NRAAS Returner, that will be mentioned in the guide for setting up the game.


Quote:
Probably there are, but for this challenge I don’t think it will be necessary to make the default basic conditions of the game more challenging or limited, since it won’t really feature survival elements or this sort of hardships. About the other questions, some of these additions would be nice, like blocking the cellphone or a custom UI, but since that’s a lot of work and doesn’t really affect the active storytelling playing aspect we won’t change it ourselves. However if someone wants to do it be our guest!

Limiting the build-buy options won’t be necessary because the challenge won’t require you to go into the buy-build mode. We did say that it would be nice to edit the titles of the books that you can buy at the registers so that they are suitable for Uranesia. But in general, if it’s stuff that doesn’t directly impact the authenticity of what is featured in the story and the lore, we’re not really planning to mod it.

About the questions from the second list, I think my responses and comments so far answer them too. I’ll just say that the NPC outfit editor looks like it could be useful, thanks for the link!

@topp, I never really played the Sims Castaway Stories, but that sounds a bit like it!

There will be instructions but they will not always be straightforward. You’ll have to put yourself in the protagonist’s shoes and figure out what to do in some situations with the information you have at the moment.


Quote:
This is probably the biggest problem for the challenge and just playing in general. Even though the world is not as big as it looks, it is very detailed and that means that not all computers can run it comfortably. The world was always meant to be big, but still I’ll try to make is as accessible as possible.

Quote:
This is a very valid concern. All the information that needs to be external will be hosted on the Uranesia webpage, and it will be organized and easy to access and navigate, but I’ll also provide the same information as PDFs (as somebody suggested on tumblr) so it can be printed or accessed without Internet connection. Another option would be checking the webpage from a cellphone or another device so you don’t need to minimize the game. In any case, the challenge/story will probably be divided in chapters, and I’ll try to avoid mixing in-game and external info during the chapters, trying to concentrate everything in two differentiated parts. You’ll probably won’t play a lot chapters in one (real life) day, so the going back and forth will be minimal

@doctorimu, at the moment there is no such thing because the testing period is still far, so stay tuned for news in future updates!
Find all my creations here:
My blog: Nilxis Designs // My Tumblr page: http://nilxis.tumblr.com
doctorimu
Test Subject
#481

Hum, I am sorry, I touhgt the automatic traduction was in two direction. I said I ma very interested to test the challenge of Uranesia. It's a wonderful world ; my favorite.
tizerist