Quick Reply Print version
Search this Thread
Replies: 1822 (Who?), Viewed: 198999 times. | You are currently not a member of this group. Would you like to join it now?
Page 73 of 73
CatherineTCJD

But, they do look nice together

.
I see you did use the end pieces. I thought they were different enough to warrant including them. You can't just bulldoze the "wing" walls, because the roof overhang looks wrong. And, to fix the roof, you need to Lot-Adjust it bigger. PITA. So, I included them.
Please ~ support my TS2 habit! Shop at my Etsy shops:

Oh wow, Johnny's "presents" look great! I'm particularly impressed by Victor's practical solution to the roof of the storage area. (I probably would have done some stupidly complex CFE.) Good jobs all around!

So going along with my slow on-going project of making community lots to use with rabbit hole rugs, combined with the personal challenge of trying out different architectural styles. Here's a government building (city hall, police, and military rabbit holes combined) in Brutalism. It is roughly inspired by the Minton-Capehart Federal Building in Indianapolis. Though my initial plan was for a giant atrium with a skylight that went all the way through the core of the building, with some suspended walkways and ringed balconies, etc., etc. But that didn't really plan out. That takes up a lot of space. While that could work with just small offices and narrow conference rooms, a legit courtroom just needed more space, and I really wanted to keep it to a 30x30 lot. The inspiration building has colorful mural on the base (a very me thing, indeed) and a slight inverted pyramid form, where the floors get larger as they go up (a nod to the stepped pyramid roof of the nearly war memorial) that give it character, I wanted instead very textural walls. Like the inspiration, the overall form of the building is very simple (I broke that up slightly by having an elevator shaft disrupt one side); heavily textured walls give it that kind of jumbly chaos you see in things like Habitat 67 in Montreal and other more asymmetrical Brutalist buildings. I went with offset zigzag walls paired with unusually shaped windows, and I think it turned out fairly nice. I'm always afraid that my flat roofs are going to be too boring. That is very much a Sims 3 issue, since you are frequently bouncing around the neighborhood seeing the full exteriors of all the lots. So it's one of the places I mimic the shape of the windows. Personally, I don't love Brutalism. I've learned to not hate it, but it often feels oppressive and dystopian. I would say that is an ironic look for a government building, because the inverse that it is unironically, literally the most appropriate style is just a scary thought (straight up Orwellian terror). I played this up by having no landscaping outside. The only plants are essentially imprisoned within the atrium--oppressing nature! :P

Those windows are perfect for that! I wish TS2 had cool windows like that.
And I love your attention to the roof - the detail up there is great

(Not really a Brutal fan, myself)

That's not looking too brutalistic, cutsocks. This house is much better then brutal. Mostly because of those windows shape. It could fit very modern art tendences. Brutal architecture means you will enjoy with solid glass wall, or you will enjoy with plain concrete wall. Those windows look too much gaily. I guess that you should not stick on it. And furnish it like says your mind. ^_^
Here you can see more of my creations and conversions for sims 3. ;) I`ll glad to see your comments in.
cutsocks

I completely agree with you. My inspiration building is less extreme than most Brutalist buildings for starters. When I was initially playing around that window, I went and looked at again at all sorts of Brutalist buildings--99.9% have square or rectangular windows. But then 99.9999999999999999999999999% of all types of buildings everywhere do not have that shape of windows. What do you even call that shape? They're dodecagonal, but that doesn't really describe the actual shape. Angular reverse hourglass? I did experiment with having a "wall of glass" and some sort of concrete "screen" in front to give me that textured look, but I couldn't come up with anything satisfying.

Next time, definitely, when I try my hand at Brutalist civic architecture, I'll work from the inside to the outside. I think that will have more truer results than coming up with the outside first.
CatherineTCJD

Well - I like those windows! They give the building an artsy vibe - making it an almost 'welcoming' - yet still plenty imposing - building.
Maybe it's "Futuristic Brutalism" - with an artsy twist

You know, I'm almost certain I've seen RL buildings that look a lot like that, and that have been described as Brutalist. I'm gonna go search the net...
Searched for "brutalism in America" - and this was in the top 10 image results... 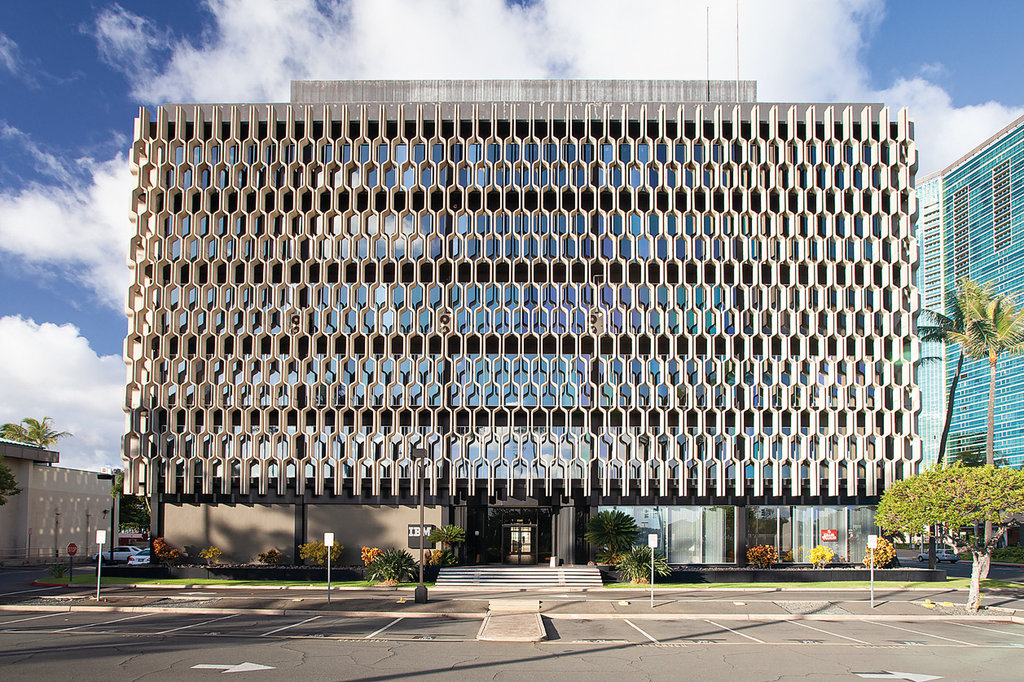 I'd say you nailed it!
Please ~ support my TS2 habit! Shop at my Etsy shops:

WOW! thats a lot of work and patients @cutsocks and yes i do say you nailed it
C.T.HOLKO88
cutsocks

@CatherineTCJD LOL, had I only added "in America" to my searches, I'd have been much more confident! I must have run across that building before and just lost it in the recesses of memory, cause that is also so spot on to the kind of concrete "screen" I had in mind--something to soften the light and give a modicum of privacy to the glass walls behind.
Victor_tor

Quote:
Oh woow. Well it is waaaay different from brutalist in my country. There are some buidings that still exist in countries of past USSR: Ukraine, Belarus, Armenia etc. I won't provide with links but believe me, brutalism in USSR was much heavier and much monumental.
Here you can see more of my creations and conversions for sims 3. ;) I`ll glad to see your comments in.
TudorMan23

My grand Colonial manor is ready to upload! Anything I should change up a bit or perfect as is???
I just love how perfectly symmetrical it turned out!!!
Just need a name any suggestions?
might start a new collection with this one that the next era after The Gilded Age here in America
C.T.HOLKO88
CatherineTCJD

Quote:
Wow! That is huge - very "Grand"! How 'bout calling it: Grand Colonial Manor (...it certainly fits the bill!)
The symmetry is very well done

Thanks! I am really proud of how it turned out! And This needs a proper name built by a prominent family
C.T.HOLKO88
cutsocks

@TudorMan23 The symmetry with the porte cochere is excellent. I love the the shape of that pool as well. Somethings weird about the third story balcony. Looks like it might need a ceiling, 'cause it seems the cornice/roof is a bit floating above the columns.
TudorMan23

Quote:
Maybe: The Gilded Age Regal Nest?
As for pictures: I don't see the most things on pictures. The pictures are small and I don't see many.

Just a few words 'bout European meaning of brutalism in council houses. The Barbican is good example. As you could see, no wavy patterns or something. All house was rised from the ground to make it look like citadel. Lack of decoration in total. Flower beds hanging. That's all.

Here you can see more of my creations and conversions for sims 3. ;) I`ll glad to see your comments in.
CatherineTCJD

I started a new "English Project" today... I googled a random town/street/house in England, and built what I found

.
So far I have 2 sets of semi-detached houses (so 4 houses total) They are CC free.

You are making houses as fast as cakes. Here is that what I think:
Brick vehicle paving would be better for both houses
Two white houses should have different main floor windows.
Different roof colors for white pair aren't that bad. Guess that was made on purpouse. But you see, that houses has one roof color, don't you?
Watermelonsandal made great buildset with black beams and lintels that would look exactly like second house. Not to mention that she's from Great Britain

Here you can see more of my creations and conversions for sims 3. ;) I`ll glad to see your comments in.
CatherineTCJD

Quote:
Pretty sure Watermelonsandal is a dude

AND, I'm sticking to CC Free (I hope) - if I were to use CC walls, I'd make my own (or use my Wallpaper Overlays)
As for the white pair - yes, I plan on changing the roof... They are different tiles in RL, and almost the same color. I thought more contrast might be better, but after seeing them side-by-side, I'm going to change it. I wish the in-game terracotta tiles weren't so ORANGE

Also, the RL houses have the same upstairs windows. I hate the stupid blue mullions with this set - but, CC-Free. *sigh* I think I am going to make the left house have all the same windows - and keep the right house as is. That might be enough of a downstairs difference? I wanted to use the 'Jock' windows - but they don't come in white. *GRRRRR*
Thanks for thinkin' with me Vic

Actually the use of greenhouse walls could be an interesting twist for the first floor. I know it is not weather proof and full height. But those could be a veranda with a place to chill. Or even barbecue! Such walls will border a room that literally outdoors so babecue will not caught there by fire and work fine in those zone with no any mods.
I never asked if Watermalonsandal is a guy. There was no any reason for me to interrupt him with such q weird question. He is very sweet.
Here you can see more of my creations and conversions for sims 3. ;) I`ll glad to see your comments in.
ScaryRob

Quote:
Maxis TS2 greenhouse walls are not weatherproof or full height? Are you sure? I've never noticed or tested this.

Quote:
I meant that sims are wearing outwear in boxes sorrunded by greenhouse wall. Once I replaced those walls with regular they start to dress in casual. I don't know actual cause of this in my Sims 2 if there's not the weather.

Quote:
I found it would be great for Into the Future city after the words you said.
Here you can see more of my creations and conversions for sims 3. ;) I`ll glad to see your comments in.
TudorMan23

I started this one a while ago! Sometime last year during Halloween! I wanted this to look like an old haunted Gothic Revival Victorian! I think I accomplished that! May need some tweaking though but loving it so far!
C.T.HOLKO88
Victor_tor

Regards Vic
Here you can see more of my creations and conversions for sims 3. ;) I`ll glad to see your comments in.
Back to top