backup your registry before editing it.

And, if you have a second computer, then, you don't have to do this.

ETA: I've finished building the Swimming pool lot (I think it needs a few benches or one of those outdoor loveseats.

)and the boutique. I've uploaded pics below, so let me know what y'all think!

Also, a new version of the neighborhood has been uploaded.

ETA2: I was thinking, instead of having the two "Creepy old houses" on opposite sides of the street, why don't we keep them adjacent to each other on the same side of the street? Specifically on Jawusa's lot's side. It just seems crowded on HL's side, unless that is intended? (If so, then there's no need to move anything around.)
Please, call me 'mmaa', saves time.
Learn how to use your neighborhood (terrains) efficiently!
How to avoid neighborhood and game corruption?
The Customized Sims Wiki
Jawusa

Both of the lots are beautiful. I love the boutique.

As for the two creepy houses, I placed them opposite each other, because the game didn't allow me to place HL's lot next to mine. But maybe, it will work if we remove some neighborhood decorations there.
I don't see anything wrong, actually. Those two houses are intended to be in the downtown area of Emerald Heights.

ETA: I did the junkyard lot. Basically, if you can't afford new objects, you can go to the junkyard and pick the object you want and go home. In the suburb version, someone has to own that lot and sell everything for §0.

May I suggest one of those wood-burning stoves sitting out in the junkyard? It'll look natural and stand in for a trash bin full of burning junk.

At the swimming pool, are those palm trees growing out of concrete? They don't do that, you know...
Ugly is in the heart of the beholder.
(My simblr isSim Media Res . Widespot,Widespot RFD: The Subhood, and Land Grant University are all available here. In case you care.)
M.M.A.A.

No. That's actually sand. I was trying to imitate a beach(-like) environment within the center of the city.
Please, call me 'mmaa', saves time.
Learn how to use your neighborhood (terrains) efficiently!
How to avoid neighborhood and game corruption?
The Customized Sims Wiki
Jawusa

Hey, just wanted to let you guys know I'm still around and working on my families. I was finishing up a brutal online class this last week, but now I'm more available

I would like to change one thing about my family (2 parents, 2 kids). I wasn't sure about their surname, and I've just found the perfect one for them. Please can they be changed from the Eathorpe family to the DeShong family? I just came across it, and I love the sound, the meaning fits (young) and geographically it's much better too.

I have been playing with the mall but I didn't finish anything.
Livejournal: simsfreq.livejournal.com
Tumblr: simsfreq.tumblr.com

@tcbandie10
I don't think it's a problem. We placed big lots with the gravel terrain paint, just to give the neighborhood a concrete urban look. So, I don't think it will change much.

Ok. So I ended up losing my diner that I was halfway finished with somehow....this time I guess ill download the neighborhood file. Another stupid question lol, but do I just need to download lot 22 into the downloads folder or the whole hood? And if I put it in my regular downloads folder, will it show up in my AGS base game? If you cant tell I can be technologically challenged sometimes

Sorry it is taking me so long. Trying to get into the swing of my new job.
Peni Griffin

You'll need to place the unzipped neighborhood folder into the Neighborhoods folder in the appropriate AGS game. AGS only references the folders inside its own filepath - none of your normal downloads, neighborhoods, etc. will be available.
Ugly is in the heart of the beholder.
(My simblr isSim Media Res . Widespot,Widespot RFD: The Subhood, and Land Grant University are all available here. In case you care.)
tcbandie10

if not I'll make another choice.
Jawusa

I'll add it to the new version of the neighborhood that I will upload ASAP. Great work!

As for my progress: 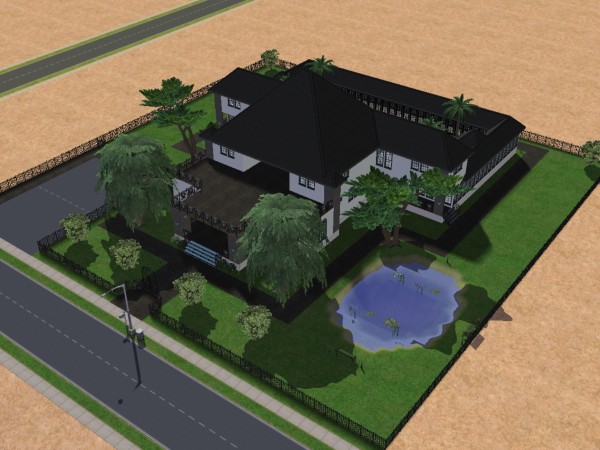 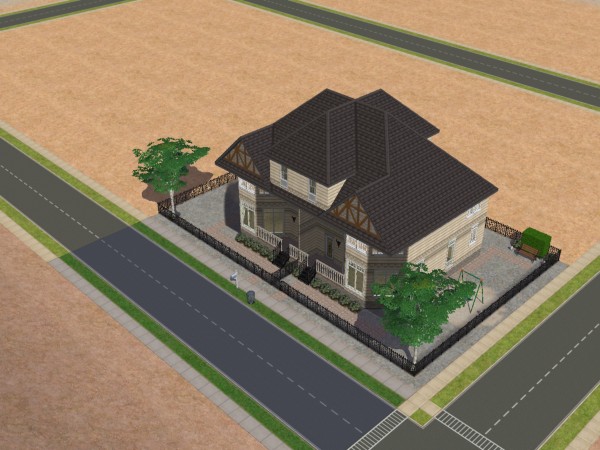 Let me know what you think!

Before I wrap things for this version: I have an idea for lots 6 through 10. I'm thinking, if no one is planning on using them, that I'd basically turn it into rows of townhouses, using the same structure from lot 5, but with different paint/wall coverings for each house. What do you guys think? It would certainly save us time, but I don't wanna hog them!

Both of the lots look great!

Row houses are a bit medieval-ish but if you manage to do that in a modern way, then I do it.

As for the row houses, I tried to use masonry, cause that's what they use for townhouses in cities (at least from what I've seen), but with the limited options in the BG, what you're seeing in the pic is the closest thing to what they look like in some cities. :P

I'll try to modify the exterior of the walls and will send you several pictures. I'll probably remove the gables with wood struts, I think it would look more modern without them. Plain is probably better.

And instead of the same house for all the other 5 lots, I think it would be better if I build another townhouse duplex for the other row, to create some variety. I'll try to make it as modern as possible.

ETA: I also added your lot (lot 69) and HL's lots to the neighborhood, will upload everything later all at once.

There's a wallpaper in the 'Stones' section (the grey white one) That looks like masonry.

This message has been deleted by M.M.A.A.. Reason: Not needed.
M.M.A.A.

Yeah, I already used that in one of them.

And about the style, I decided to build 2 more different lots, since I realized that lot 8 is already taken, so I'll just stick with lots 5-7.

I've uploaded some pictures. I tried to make them as much modern-looking as possible.

ETA: New version of the neighborhood has been uploaded.

Please, call me 'mmaa', saves time.
Learn how to use your neighborhood (terrains) efficiently!
How to avoid neighborhood and game corruption?
The Customized Sims Wiki
Back to top