Quote:
Yes. I rather have a fear of Pinterest. Too much ideas

Here you can see more of my creations and conversions for sims 3. ;) I`ll glad to see your comments in.
ScaryRob

I've been working (playing?) on primarily three houses lately, all still for Sims 2 of course: 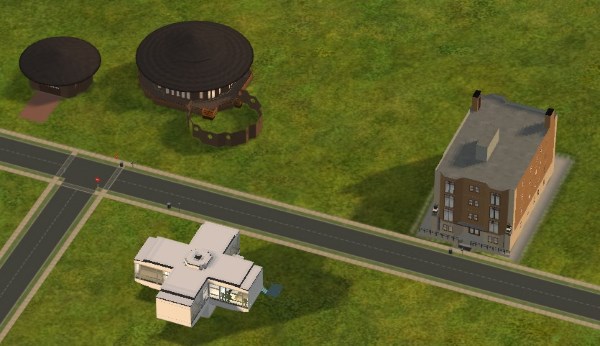 Attached images are at the bottom.

The first is another circular house, with ideas borrowed from Frank Lloyd Wright (mainly his Lykes House). It will have a walled-in circular front yard, circular garage and, eventually, another circular back yard, probably with a swimming pool. The two pictures show the first build, with ideas for the general layout of the Lot, although that's all subject to change for the final build. The house has a second floor, which will be a single room, likely a den of some sort. Since it sits on a foundation, there will be a sunlit basement. This house will be on a large Lot.

The second is a Brooklyn-type apartment building. There are five apartments, three of which are two-floor units. The apartments will all be unique, with totally different layouts. The floorplan shows the third floor. The Lot will be 20x40.

The third is my rendition of the so-called "Monsanto House - House of the Future", which was an exhibition which stood at Disneyland in Los Angeles for about 10 years, from about the late 1950s to the late 1960's. This is about my third build of this and I've had this on the backburner for two or three years. There are many pictures of it on the 'net.
The second picture shows the "diamond pattern" effect of "bending" floor tiles with CFE. I think someone found a way to avoid this, using special floor tiles or something, which I'll have to try to find an old discussion thread about. The four quadrants of the house are divided into kitchen/dining, living and two bedrooms. At the center are an office and a good-sized bathroom with tub and separate shower and toilet stalls. I haven't tested anything yet and the layout was fairly difficult, but I really like it now. It's surprisingly spacious for a family of 4. There is also a 6x6 room below the main living quarters that will probably be some kind of activity room. This house will also sit on a very large Lot, with extensive landscaping, at least one fishing pond and a swimming pool.
My Lot creations: https://simfileshare.net/folder/61276/
Victor_tor

Will you share any of theese?
Here you can see more of my creations and conversions for sims 3. ;) I`ll glad to see your comments in.
ScaryRob

Quote:
I share all my stuff, over time. I've got a bit of a backlog, so it will be a while before these are uploaded. My download link is in my signature and previews are available here.
My Lot creations: https://simfileshare.net/folder/61276/
TudorMan23

I can't speak for the others, but I haven't done anything with the Sims for a while.
If you remember me, I'm awesome!
__________
Need help building? We'll help.
Victor_tor

Oh. JasonRMJ gave me his merman bodybuilder to play. I was engaged by him. He was gay at his version. Was woundered that he is not gay in my Sims 4 LoL. Got a gf last week, perfect cook and homey baby-sitter, and moved to his best friend property. Now he live in Sulani with Kelaoha : his Gf, friend, friend's wife and their's two children. Can show their's dwelling mess.
Here you can see more of my creations and conversions for sims 3. ;) I`ll glad to see your comments in.
Victor_tor

For not to be too much off topic. A little gallery of this Kelaoha's dwelling. Some social aspects of one day to live in family of 6 sims with two bedrooms and one water closet.
Also Panila is going to become a mother, so theese number could be up to 7 or 8.
N.B.: Flying man in pink trunks is repairmen. He leave this way each time and throw his body in river waters. That's very funny. 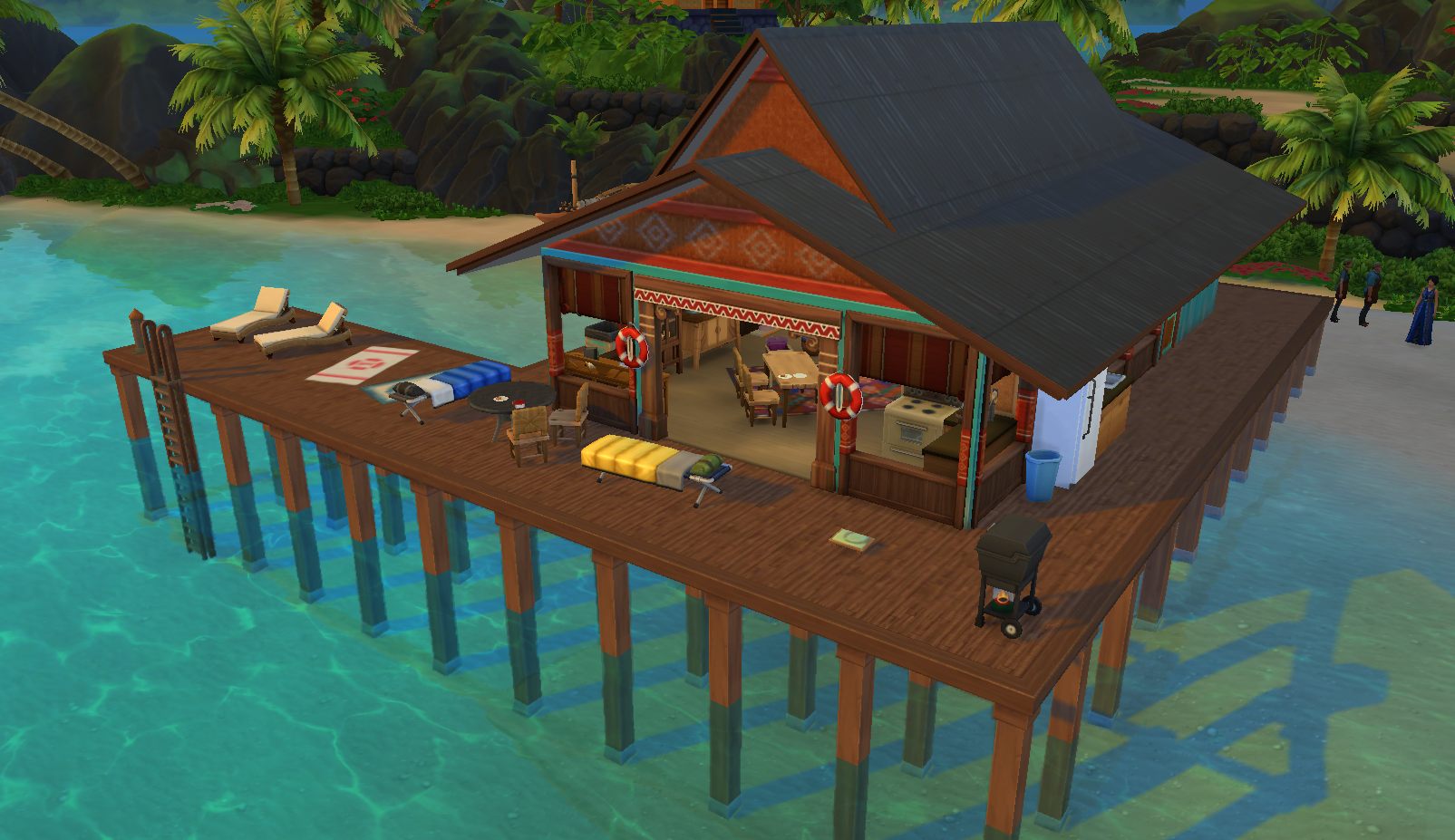 Here you can see more of my creations and conversions for sims 3. ;) I`ll glad to see your comments in.
TudorMan23

Oh well. Blue and pink reminds me of woman and man cliche. I use those colours merged fer community restrooms to mark fast wich is fer men and fer woman. Also fact from real life that bright blue is recommended fer boys infant, and pink colour - fer girls. Maybe better choose one prevailing?
Here you can see more of my creations and conversions for sims 3. ;) I`ll glad to see your comments in.
Johnny_Bravo

Very bright pink interior it seems. Also, I think the porch fence looks off. It's more of a Craftsman-ish look instead of Victorian.
If you remember me, I'm awesome!
__________
Need help building? We'll help.
Victor_tor

What is craftsman, Johnny?
Here you can see more of my creations and conversions for sims 3. ;) I`ll glad to see your comments in.
Victor_tor

Also recommend you to look through this one already discussed at M4B http://www.modthesims.info/showthre...456#post5518456
Here you can see more of my creations and conversions for sims 3. ;) I`ll glad to see your comments in.
Johnny_Bravo

It's an architectural style which emerged in the early 1900's.

From Wikipedia:
´´The Craftsman style is defined by its low-pitched gabled roofs with broad eaves, large front porches, and exposed wooden structural elements. Houses were typically 1-1½ stories and of wood construction. Homes designed by Greene & Greene include the spectacular Gamble House.``
You can find these homes all around the USA. And a Sims example: 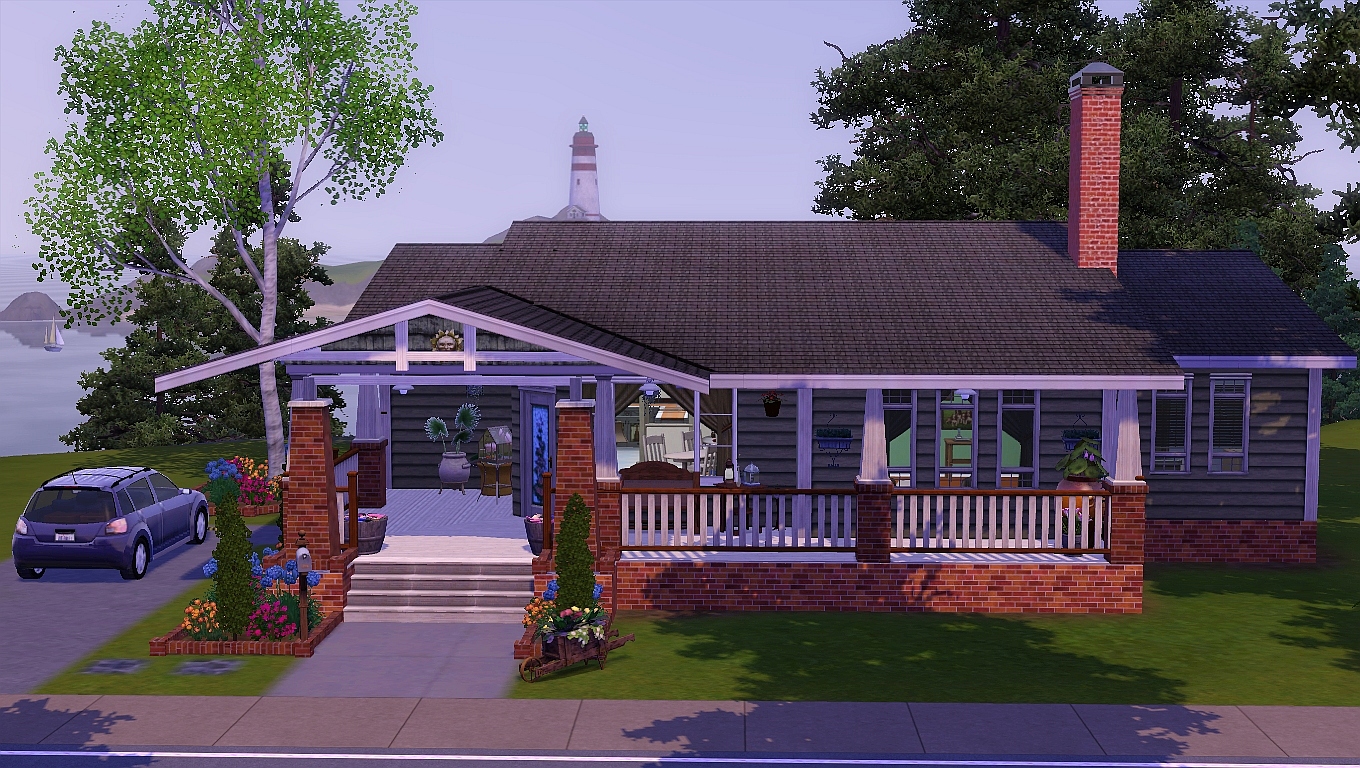 Oh. Found that I already saw the it at Sims 4 Del Sol Valley Mirage park ^_^ 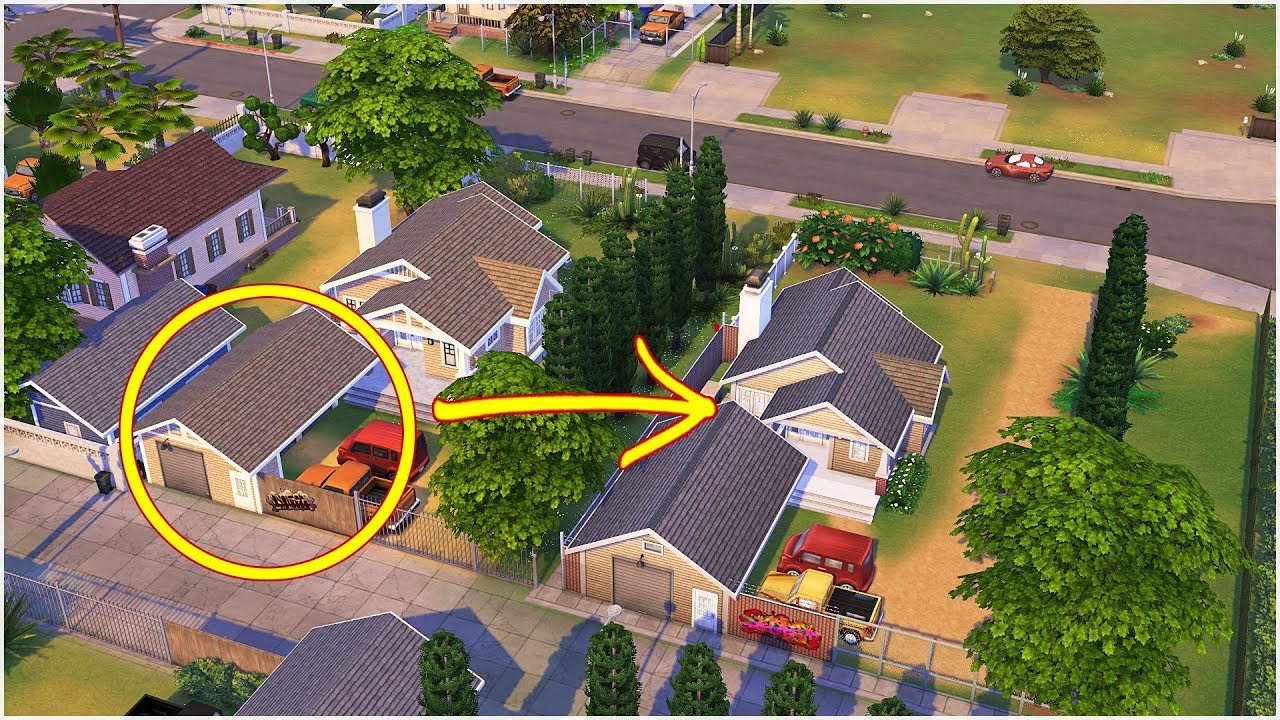 Please copy your post about Craftsman style to Archittect's vocabulary. I would be greeeat appreciate it.
Here you can see more of my creations and conversions for sims 3. ;) I`ll glad to see your comments in.
Johnny_Bravo

@Victor_tor
I'm not sure how useful the thread is, but copied it anyway and made a suggestion, too.
If you remember me, I'm awesome!
__________
Need help building? We'll help.
ScaryRob

Quote:
All wood, all exposed to the elements, all the time. So painting, a lot of painting. Painting all the time. When you're done painting the house, it's time to start all over again. Look at the above pics - would you want to maintain anything like those places?
My Lot creations: https://simfileshare.net/folder/61276/
Johnny_Bravo

@Johnny_Bravo, oooh actually I was made those thread for not to forget some terms in English. So that was started not fer newbies or anyone else, but specially fer myself. Your input is already veery useful.
Thanks ^_^
Here you can see more of my creations and conversions for sims 3. ;) I`ll glad to see your comments in.
Victor_tor

I decided to make a building based on japaneese Akihibara and also make custom suits fer restaurant servers in style of japaneese subculture called fruits ^_^
@parkjoonho how do you feel about this?
Here you can see more of my creations and conversions for sims 3. ;) I`ll glad to see your comments in.
TudorMan23

so I need a little bit of help I tried to upload my Tudor castle it they rejected it cause apparently they found custom content when i know for a fact there is none! Plus my pics were blurry! whats the program that detects and deletes said content from your upload?
C.T.HOLKO88
Johnny_Bravo

I think you're looking for CUSTARD @Tudorman23
Sometimes you end up with some very sneaky CC when downloading stuff from TSR for example. When downloading a house or something they usually include any cc and many creators tend to use a lot of it.
My neighbour back then downloaded stuff (including homes) from TSR and ended up with an amount of CC that'd kill my pc's perfomance.

And for the blurry pics, yeah blurry is blurry. You could send me the home if you like and I'll see if my pc can handle it for pictures.

Also @Victor_tor please stay with architectural designs, that's what this thread is for. Parkjoonho can't reply here either because that's fro group members only.
If you remember me, I'm awesome!
__________
Need help building? We'll help.
TudorMan23

Hey @Johnny_Bravo would greatly appreciate the help with the pics! And I am not able to run the CUSTARD on my laptop!
C.T.HOLKO88
Johnny_Bravo

Shucks about CUSTARD, I'm not much of a help there. If you can manage to run it or get rid of the cc some other way (perhaps CCleaner, idk how exactly that works, or if it works for gamefiles at all), then I could see if my pc can handle your home. (Which EP and SP's have been used?)
Right now I'm away from home until Wednesday.
If you remember me, I'm awesome!
__________
Need help building? We'll help.
ScaryRob

TM, just to reiterate, although I bought TS3 about a year ago, along with a couple of expansions, I haven't installed it. Just so you know I'm not ignoring you. Same goes for anyone else.
I'm still strictly a TS2 builder and know nothing about TS3 (or TS4).
Of course, some people say I know nothing about TS2 building either, but that's a different can of worms.
My Lot creations: https://simfileshare.net/folder/61276/
Back to top