Disneyworld. Just imagine it. Anyone attempting this may as well wait till the last EP as there are very few CC items with witch to imitate fairground rides. You never know what the future might bring though. As always though, a deco rollercoaster is better than no rollercoaster.
...or you could now use the Premium rollercoaster.
#BlairWitchPetition
TS3 NEEDS: TENNIS COURTS > BUSES > PIGS/SHEEP
Can't find stuff in build and buy mode? http://www.nexusmods.com/thesims3/mods/1/?
Advertisement
jje1000
Mad Poster

- A neighbourhood of a city. The surrounding city would be a custom distant terrain.

- A cyberpunk world, set on top a skyscraper

- A world set on a massive ship

- Islands in the sky
silverwyd

Pawnee, Indiana (the setting of Parks and Recreation). It's already a weird fully fleshed out town with community lots like JJ's Diner, Snakehole Lounge, The Harvest Festival would be pretty simple to recreate.
Check out my Simblr !
BloomsBase

Still hoping for Waterworld, ill make anything you need for it :P
Arialonomus

Unova Region, or any of the other pokemon regions. See if you can even try to put the houses and stuff in the exact spots they are supposed to go

Montreal is a very Victorian city by a very very large river with a mountain in the middle of the city witch is a beautiful park. The trains go across the mountain trough a tunnel. There is about 4.5 M people and the Montreal area.
Magnus87 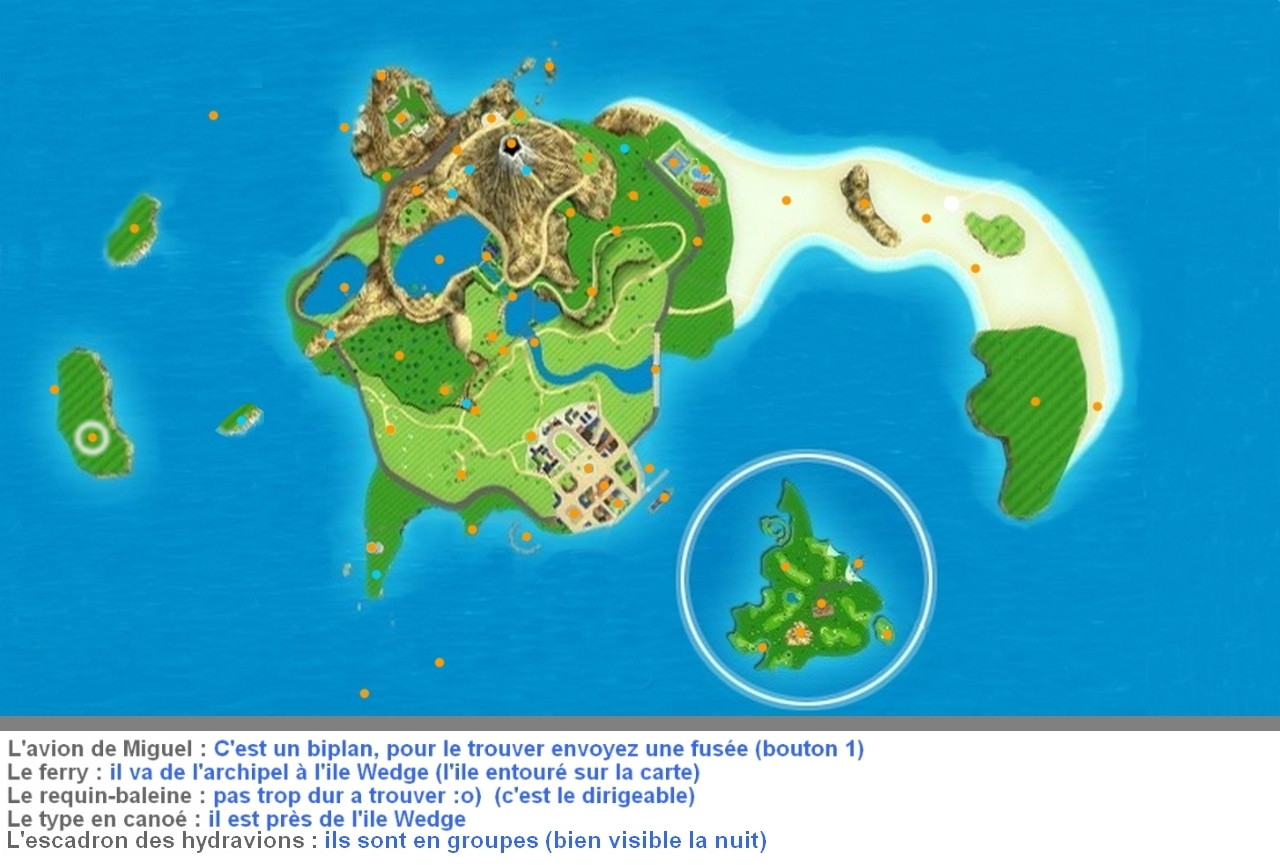 Its have a village, port, beach, caves, hotel and also a Castle

THIS! Or maybe like a big world that's kind of like all the regions combined. Sort of like a "PokeEarth". That would be amazing!
The light has spoken!
KimCarty
Test Subject
#35

I think Iceland would be cool with the volcanos, auroras, snow, colorful houses, etc. I'm working on switching Aurora Skies into something similar.

Speaking of Disney, the abandoned one in New Orleans would be awesome. Abandoned anything really. North Brother Island, Pripyat, Centralia.

Izu Islands would be cool but boring for anyone that loves CAS. Manshiyat Naser (Garbage City), Juhu Slums.

I'm gonna start working on this "PokeEarth" tomorrow. I think what I am going to do is make each region an island, and either have bridges to connect them or just leave it up to the people with island paradise to use boats to travel between islands... XD this is going to be so much fun!
Whitemane

Awesome! It'll be a big project but I'll help as much as I can. Islands would work, but the towns and etc. would have to be like, smaller versions of themselves.

Here's a map of what I believe Kanto and Johto look like here. They're pretty much next to each other, with Johto on the left and Kanto on the right, separated by the mountain-range left to the "19" mountain. Sinnoh, the region from Gen 4, is above Kanto I believe, since it's supposed to be a northern region or something. Sinnoh map is here here. You could have the mountain region separating Kanto and Johto align with the one in Sinnoh.

As far as Hoenn and Unova go, I think they're both islands. Unova: here and Hoenn: here

I'd stick to just the 5 regions from the existing games.

Locations that're only in the Anime or Mangas, I would personally skip but that's up to you. There's also the region from the newest, upcoming Pokemon games (X and Y) but not much info is out about it yet so I'd skip that one too.

What you can also do is:

1. Make each region one by one, and using Nraas Traveler, you could make the other regions like, sub-hoods... like how the vacation worlds in WA works. That way regions don't have to be shrunken down to fit with each other.

2. Only make Kanto and Johto connected and make the other regions sub-hoods... since those two have always been the "main" anyway.

Just some suggestions. I hope I didn't overwhelm. Trying to help, haha. I personally think it's a great idea. I know quite a bit of people who'd love to have such a world.
The light has spoken!
isagrey
Test Subject
#39

My suggestion would be a World of Warcraft type of world such as stormwind (Pre or post Cata), Darnassus, Orgrimar, Brill, or some of the other areas of the game, Northrend would be a cool world as well. I have tried to start stormwind but suck at lot building so I doubt I could get this going
kennyinbmore

Im sorry, but i do NOT think it is possible for sims to have superpowers without mods
123123sora
Test Subject
#42

What about Traverse or Twilight town from Kingdom hearts?
Magnus87 Aight y'all, so one thing I've always wanted to do was build a world. There are three problems though:
1) I don't know how to use CAW.
2) I don't know if I could stick with the project
3) My mind would change every few days on what to build.

Anyway, here are some ideas I've had for Worlds.

- Bullworth
The town from Canis Canem Edit/Bully would be easy enough to do. The detailed map we have of the town isn't anything large, the town has a large variety of unique areas including the private boarding school area, the small downtown, the upper class residential area, the poorer side of town and the industrial park. The game has a lot of lots the Sims uses, such as a landfill and carnival.

- Raccoon City
Another video game city with a map. Larger than Bullworth but nothing too difficult. The map is a bit awkward due to tiny alleys being used as roads and it seems to change in size per game. I'd be using the maps from Resident Evil 2, 3 and the Outbreak series which give the small city a nice unique feel. Places like the zoo, surrounding forest, labs and the university would give the world something different. Bonus: I'm a member of a Resident Evil fansite I can bother with posts to see if the city is true to the games.

- Urbzville
This one is a Sims' game which makes it more easier to build. Unlike the other two which are just small low-medium rise cities, Urbzville has skyscrapers. The game gives us a map which isn't too massive judging by the roads and can easily be abridged whilst keeping the feeling of a large city. Besides the small areas we actually visit, the majority of the city is only seen from a distance and can be filled in with whatever. I've recently been putting some thought into this world:
- A flat landscape, sort of Midwest, with a river in the middle separating the city in two.
- To the west lies the industrial area, including the bikey hangout to the south and the foundry to the north. The area south of the river is undergoing urban renewal, evident in the game by the Black Eyed Peas' hangout being on the old wharfs. The section of the city north of the river has all of the skyscrapers, which seem to be competing in size for the highest
- Central Station hangout is mainly just various subway rabbit holes except for the one abandoned concourse now serving as a hangout to the goths and punks. The tattoo parlour would be located here.
Skyline Beach would be a rooftop hangout on these projects, completely enclosed by skyscrapers.
- New areas I was thinking of: Blankwood, a suburb housing the apartment your sim gets. It mainly consists of the identical apartment blocks surrounded by carparks and a playground. Nothing glamorous but not as awful as the previous ones. I'd probably have four apartment towers, each on their own lot. Old Town is another area and is implied to be the Red Light District, a reference to Sin City. There'd be a big area which would house the university in the middle of the city and would contain dorms. Think Columbia or NYU.
- I'd really like to give large parts of the city a rundown look, a lot of poverty and crime and sleaze. Something gritty.
- I think someone else is making this world, not that it would really stop me if I did decide to make it. Like I said, besides the few places we visit the rest of the city is up to the creator. I've seen a few pics of the actual places and they're really well done and true to how they looked in the game. They're on the official forum somewhere.

Wasteland
- This would be a bitch to make and I'd probably require a few mods to keep it "realistic". (No cars, no clean clothes.) Based on the Fallout series, this world would be spread around but the image I have for it might be too big. What I'd want is one large "city" in the middle. Something like New Vegas, rich area in the middle, poverty all around in a crumbling old city. Throughout the wastelands would just be complete and utter ruin. Abandoned buildings, rusting cars, etc. A few small settlements would be spread around, like Arefu, Tenpenny Tower and Big Town. These places would only take up one large 64x64 lot though. There would be a few other larger towns spread over a few lots. One would be this industrial textile manufacturing town. I'd also like one large, ruined city at one end of the map. Think Washington or The Divide from Fallout 3 and New Vegas, respectively. Very few people.
Some ideas for lots include:
- The business lot being a trading company.
- A rundown hospital.
- A large building in the wealthy area being used for the politician career.
- A grocery store being a trade centre, so the local farmers could go and sell their produce.
- The science lab being in a vault dedicated to trying to make the lands fertile again.
The issue with this though is that everything would be spread out.
jjjori
Test Subject
#46

I'm working on this world currently. My inspiration is from Thor and The Avengers. It's this Asgard/Jotunheim world. I want to add this portion that's like the city Loki was in, in the Avengers when he was in Germany. It was very grand, but I do not have the patience to design such intricate buildings. ~ So if any of you happen to like building really large, very grand houses and other types of lots, let me know!

I think the following are just dandy ideas.
- Futuristic world, but full of old charm and character.
- A dark and desolate world. Like, full of mountains and tiny houses. Extremely grassy and prairie-like, or very cold and snowy.
- Something like Strangetown from the Sims 2. I really dig that abandoned desert vibe.
- A town like England would be cool.
salem2014

I love the series of the simpsoms city ​​would Sprinfield, residentsare the same color in the series
el badulaque
NPP
the manor Burns
school
the neighboring Flandes

Maybe a world like Tokyo,Japan
A much better version of France maybe Paris,or Provence
Chicago
New Orleans
A place similar to Florida
Another City world with more lots,urban objects (bus stops,kiosk stands,phone booths,etc. around the world), more community lots that aren't rabbit holes (maybe everyone could contribute a community lot they made but it has to be base game compatible)
[email protected]
Test Subject
#49